SilverStone informed me of the PM01 not too long ago and they seem to be quite ecstatic about it but I didn’t see why until I unboxed my review unit of it – it’s pretty impressive! 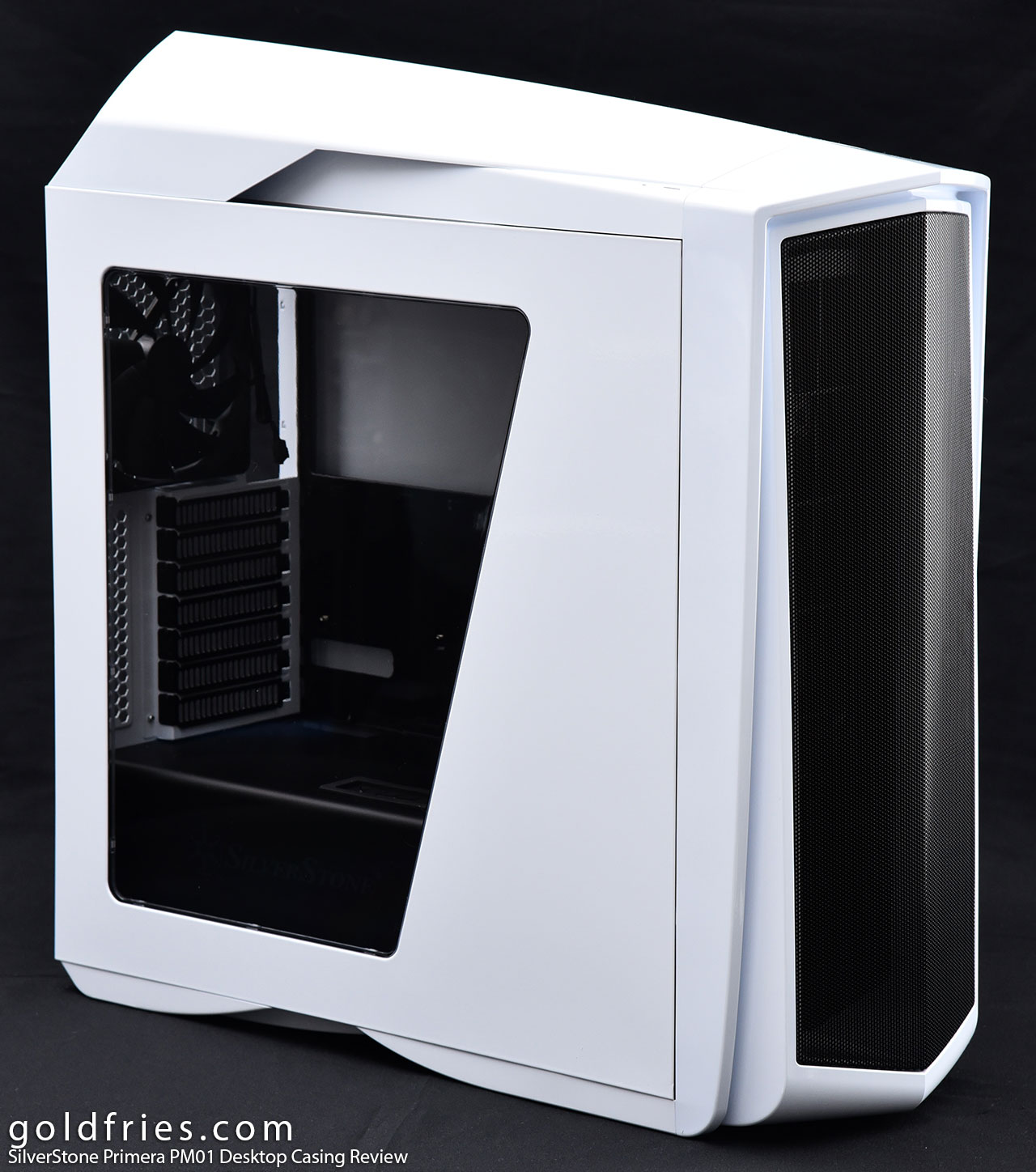 Ok now before I begin, let’s have a look at the specs as seen on the official product page. Now ever since the Primera PM01 was announced I’ve come across many that said it looked like the NZXT Noctis 450 and well, it certainly does when you consider the shape, the angles, the triple intake fan and the covered base but upon closer scrutiny there’s quite a lot of difference between them.

And let’s begin from the top, starting on the front corner there’s the power button on the left, with the casing facing the user. 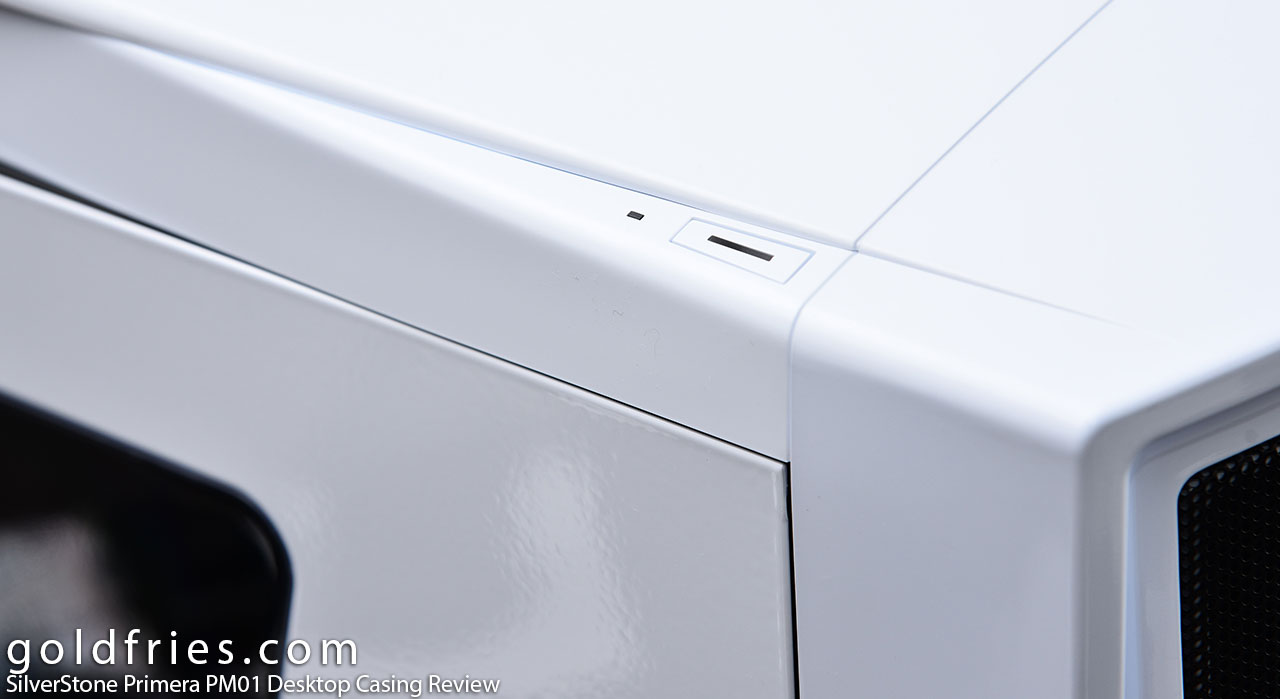 On the right are the USB connections, audio connections and LED button. The LED button allows you to toggle between 4 levels of brightness, 1st one being off while the 4th one being the brightest. 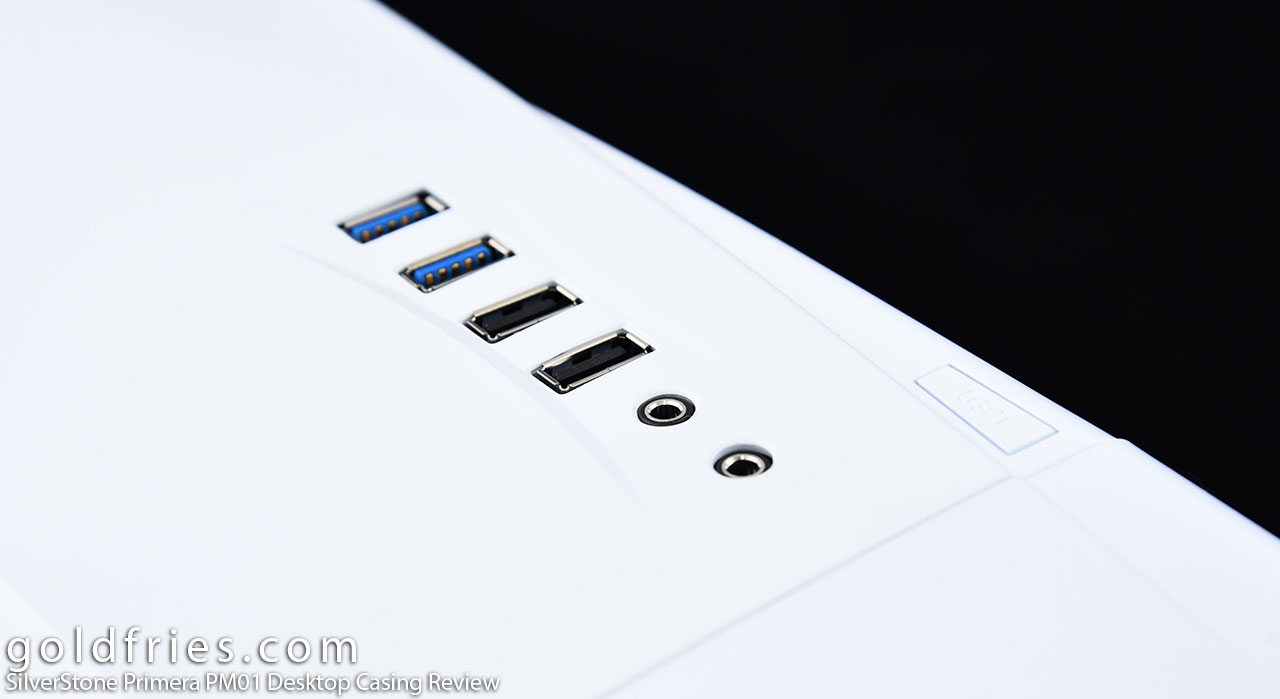 At the rear there’s a fancy looking ventilation grille, one that looks cool but doesn’t actually serve a purpose. 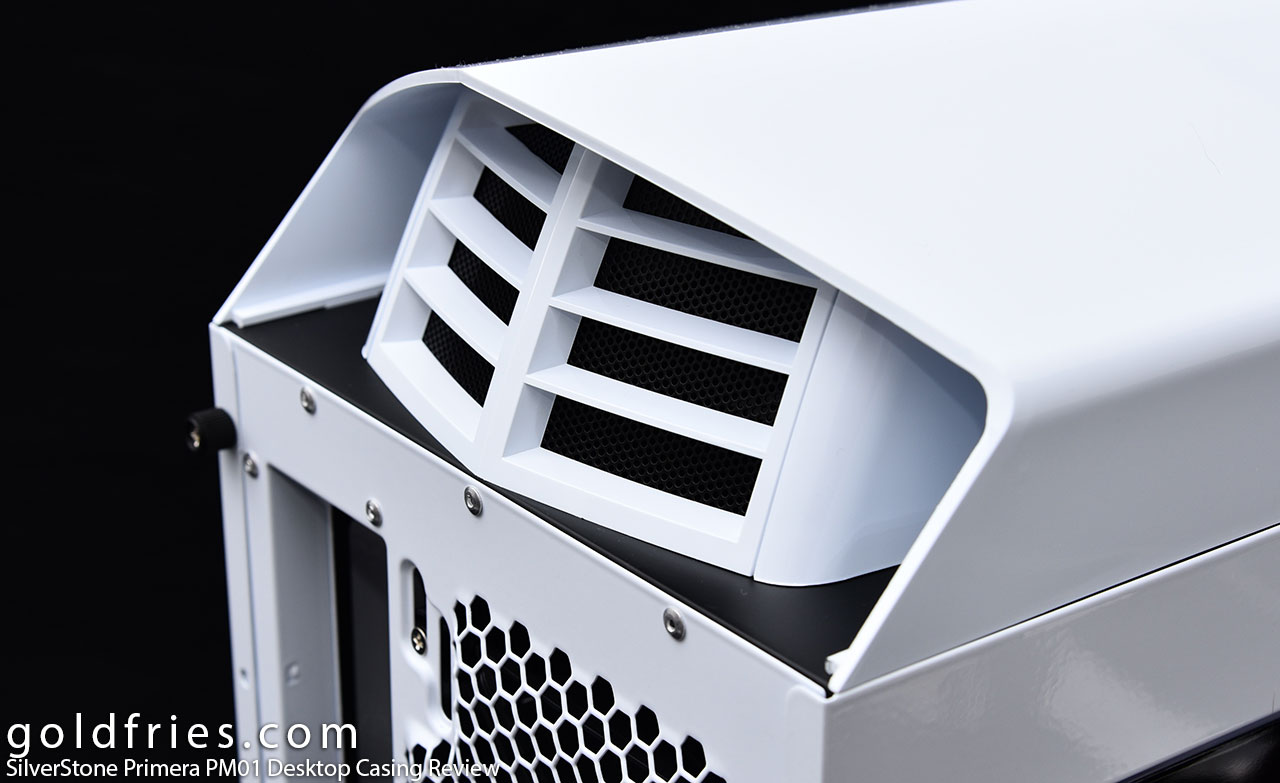 The top panel opens up to reveal a whole lot of room that’s walled in by a thick plastic barricade. Towards the rear of the frame is where 2 LED lights are located. One thing I didn’t like about what SilverStone did with the panel is that it is locked in place by 4-screws, meaning you can’t yank the panel open by hand. 🙁 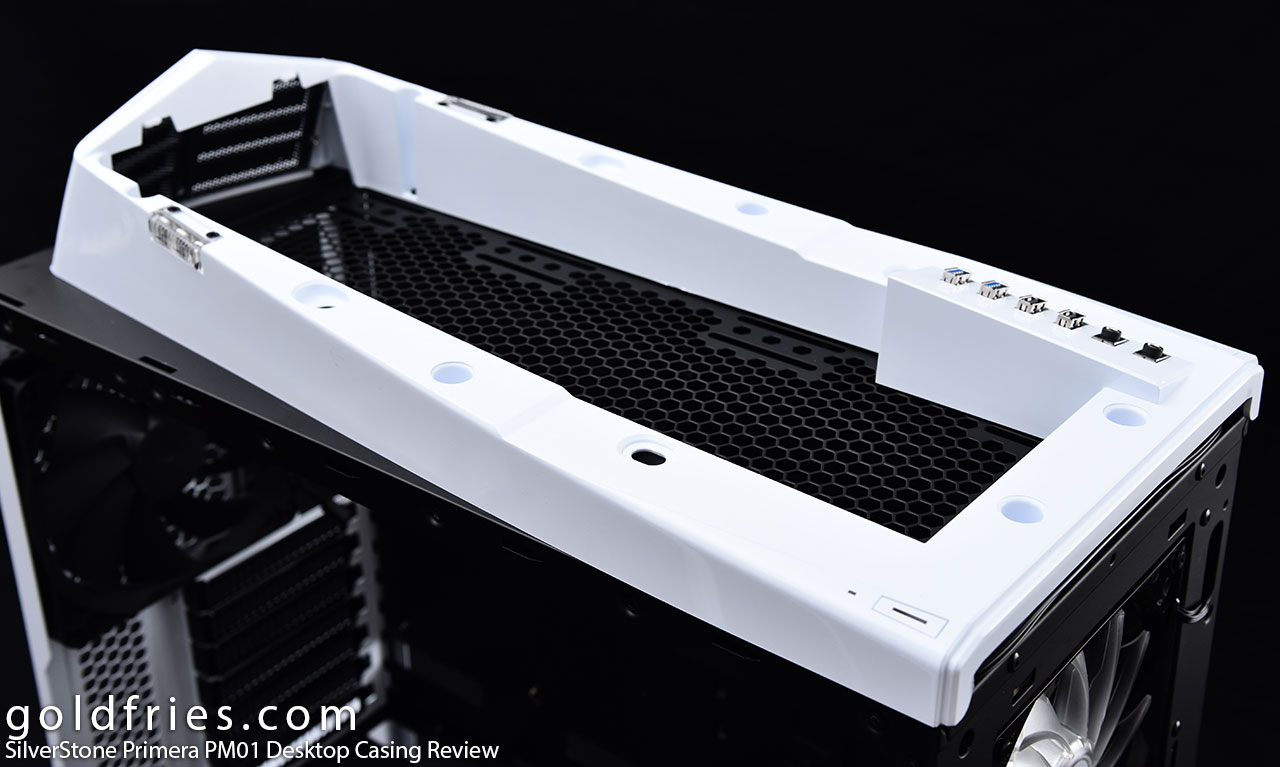 The casing isn’t wide so going with 140mm cooling components might lead to quite a tight spot in the inner area. While the top area fits 3x 120mm components, it can only fit 2x 140mm components as the mounting area towards the upper front is limited. 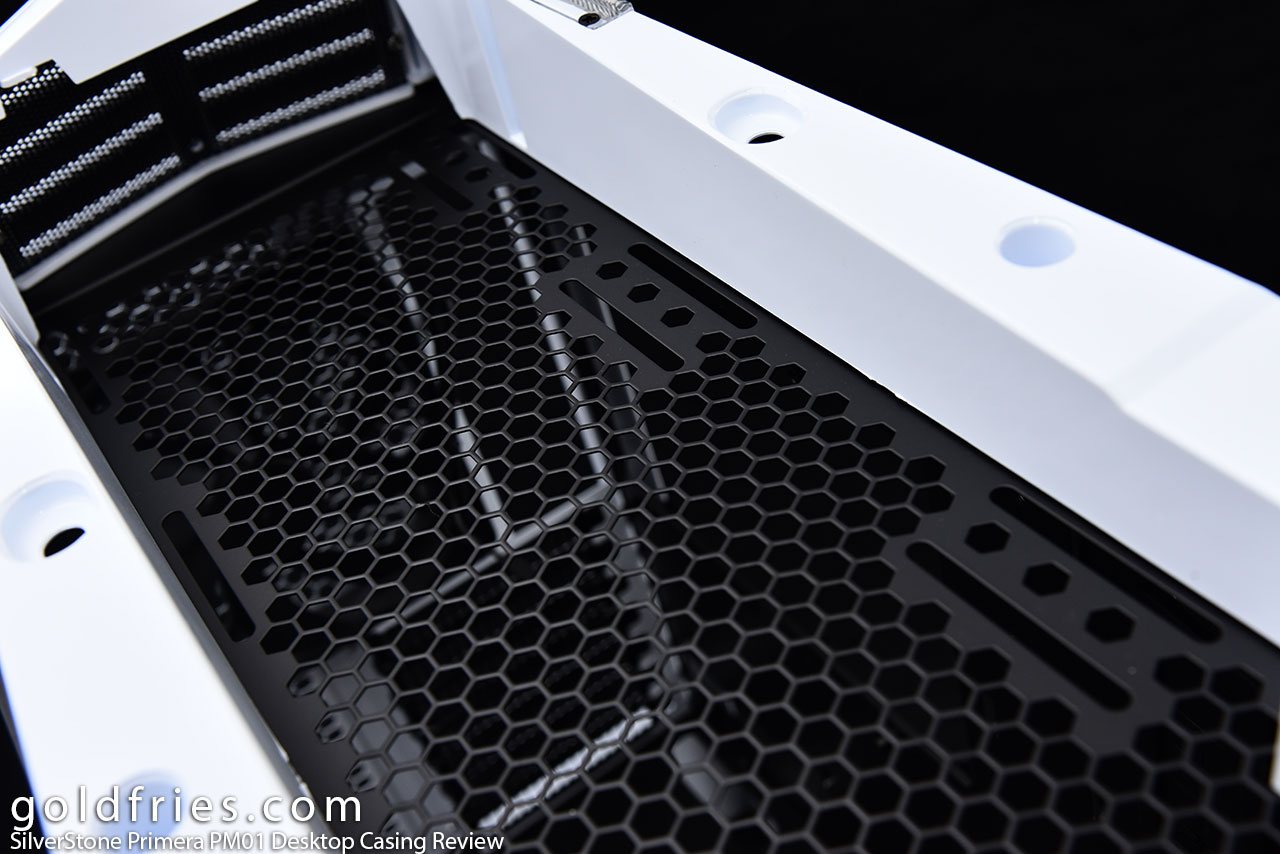