It’s a Micro-ATX board. It’s small, and doesn’t have many expansion slots. Not an issue anyway, most of us just use 1 slot. 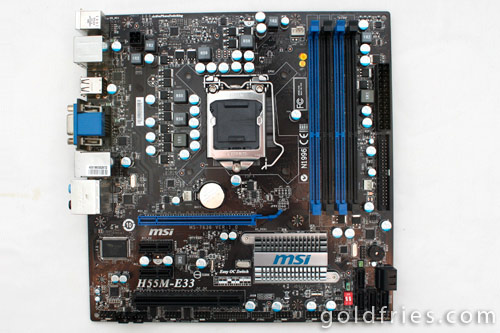 The area around the processor socket is not adorned with any fancy heatsinks. Plenty of clearance for 3rd party heatsink. 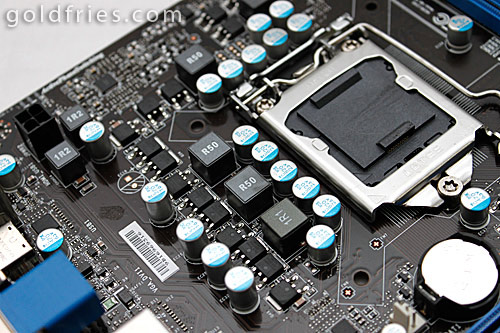 Here are the DDR3 slots, along with ATX and IDE connector. 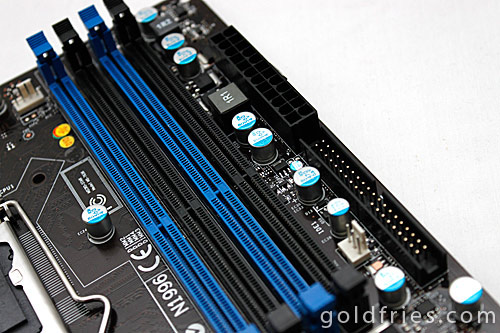 Small and neat heatsink for the southbridge. 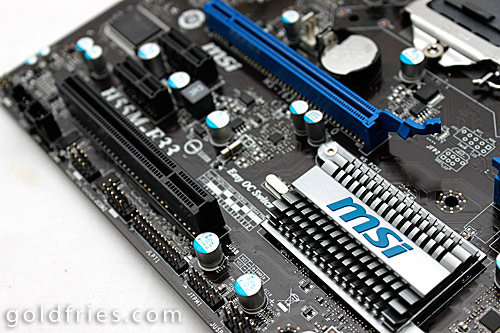 This part I like – it comes with a beep already, so there’s no need to attach any external PC speaker to it. I also like it that they have 2 SATA slots facing outwards and having the OC switch at a nearby convenient corner, unlike the one in 770-C45 where it is easily obstructed by any PCI-E graphic card with a larger than usual heatsink. 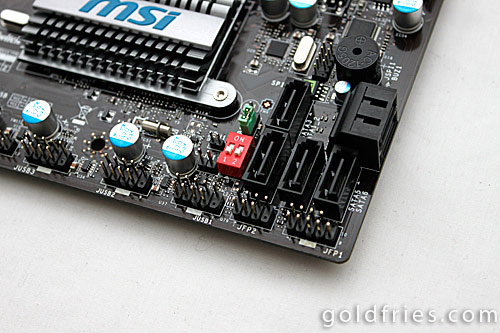 Lastly the back. VGA, DVI and HDMI output are all there for you, with ample USB port among many other things. 🙂 Lovely, yes it has onboard graphic capability BUT only with processors that support the feature. 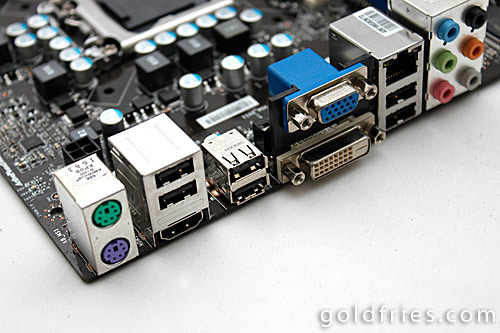 Nothing much to say about this board. OC switch works, although I felt like the OC direction is opposite of the 770-C45 but it’s a small matter.

Overall the board is small (obviously, a Micro ATX board it is) and works as it should. I’ve no other request from it, other than wishing that it could be cheaper. 🙂 Maybe I’m asking too much.

Good board, value for money for anyone who wants a low-cost setup. Just slap on a processor like the Pentium G6950 or Core i3-530 and it’s ready to run.