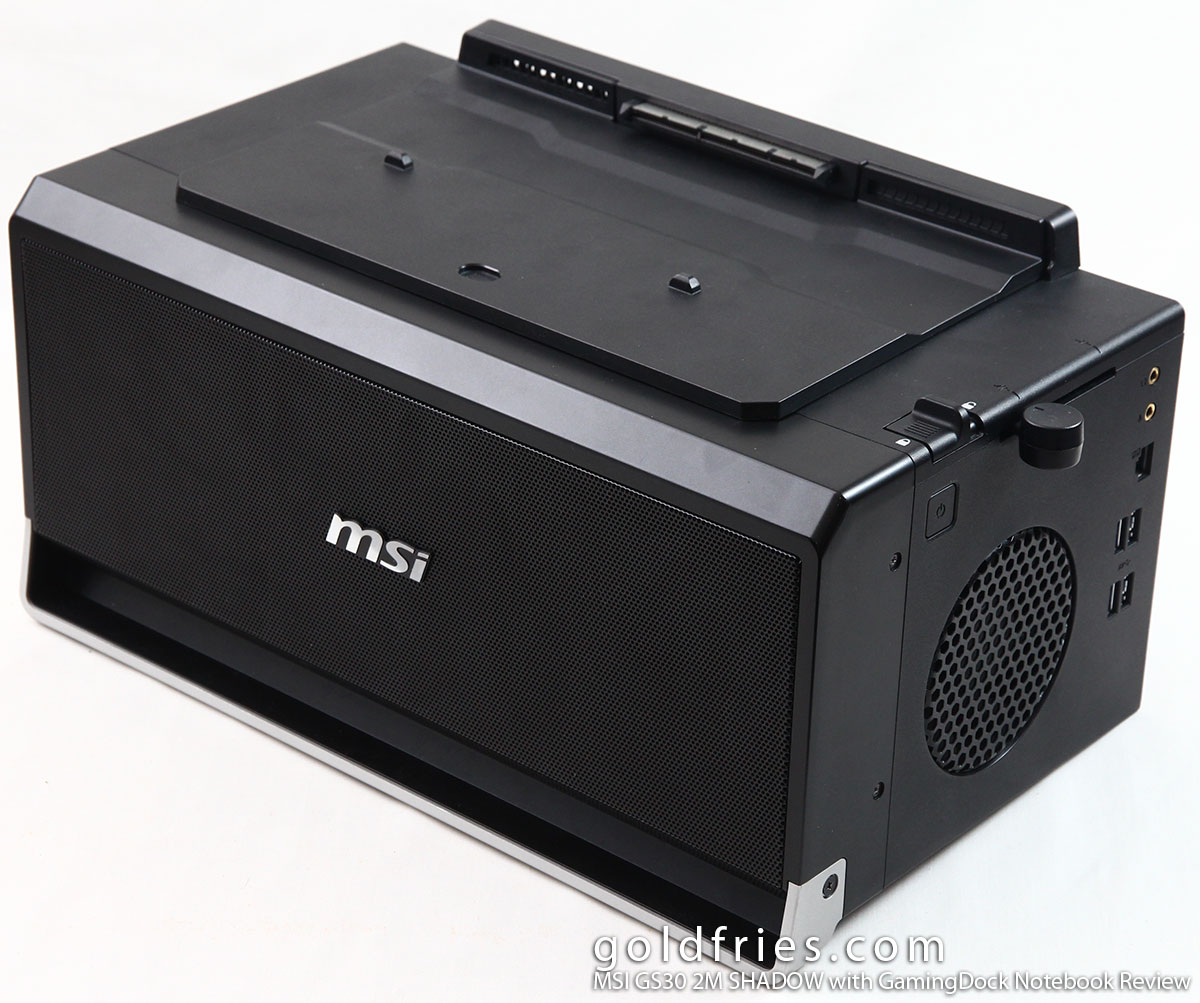 The front of the GamingDock is a set of speaker – my take on front speakers as such is that it only works if you’re not picky in audio.

The thing about the GamingDock is that you need a monitor to work with it so if the dock is at your side then the audio will be lopsided, therefore defeating the purpose of having it in the first place unless you place the dock as your foot-stool which I doubt you would, after all it would be an expensive foot-stool and the audio would be coming from your feet area – nope nope nope, that doesn’t cut it.

Now moving on about the gaming dock, here’s the top part of the GamingDock that connects to the notebook. On the right side is a host of USB 3.0 ports, intake fan, LAN port, audio ports and the power button. Notice that on the upper corner of the GamingDock is a locking mechanism for the unit. On the left side is the where the power supply unit and the graphic card output is located. 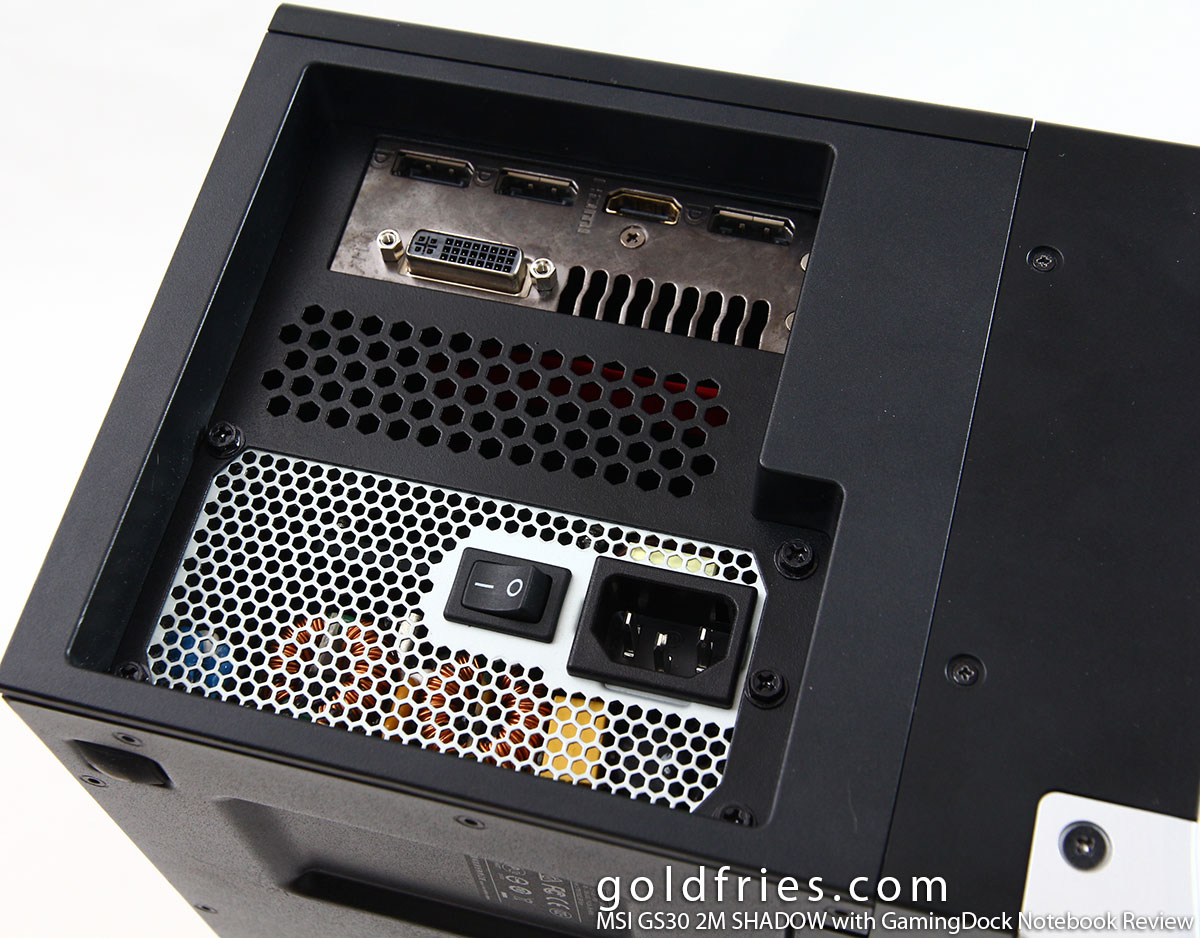 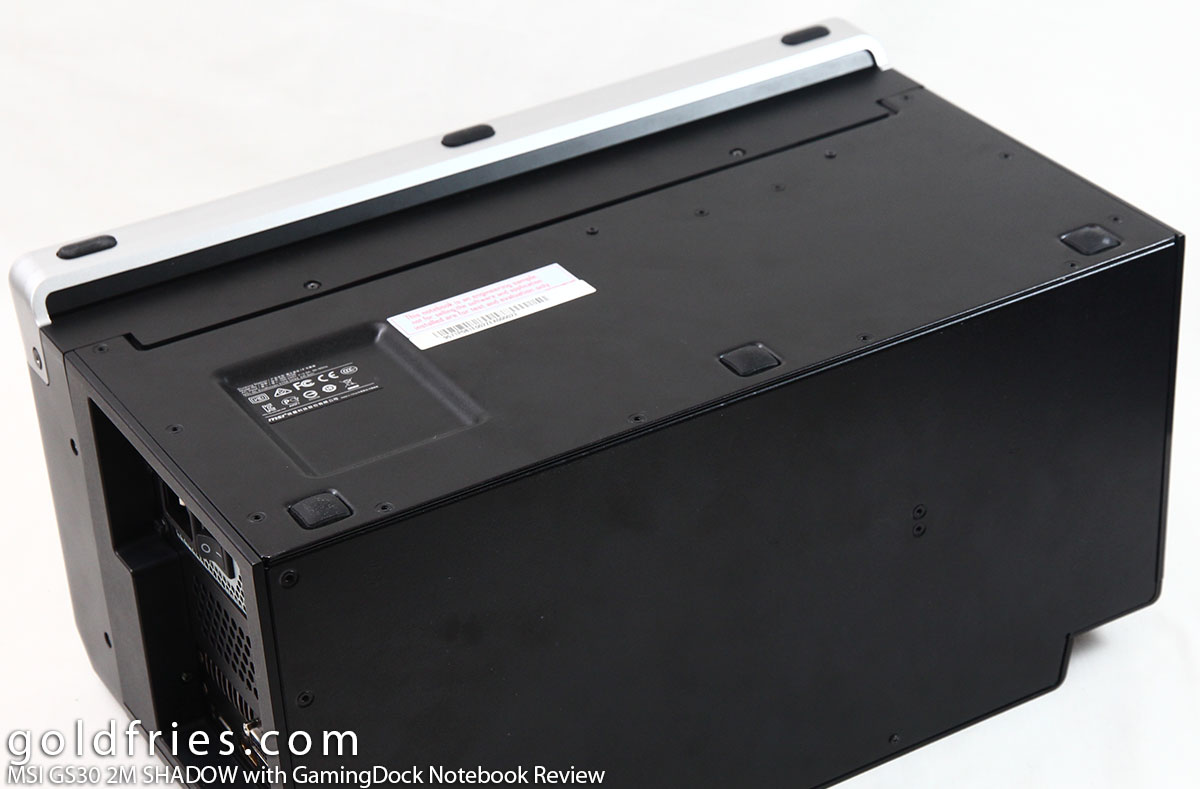 Once opened, you’ll see that the GamingDock is basically a desktop computer sans the processor and DIMM slots – they’re covered by the GS30 notebook. 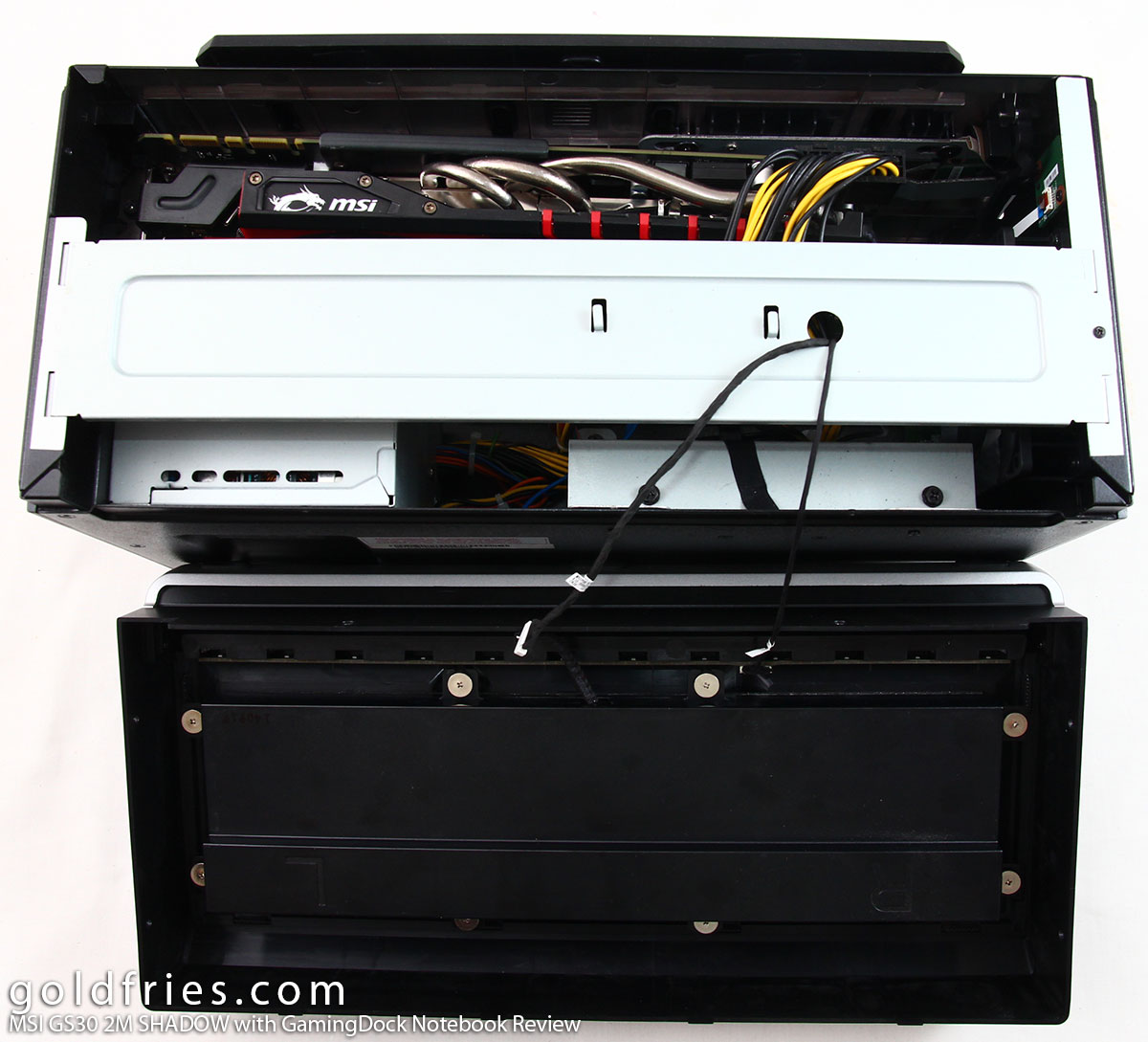 A desktop computer? Yes it is, have a look. In this sample there’s the MSI GTX 980 graphic card pre-installed. The model number looked familiar – well that’s because I reviewed the FSP 450W PSU before, it’s the same model but of a different color.

The notebook is as what you saw, a slim and light notebook. It has a powerful Intel Core i7-4870HQ and up to 16GB RAM and more, as seen in the official product page.

The reason I’m not stating much details of the specs thus far is that what you see on the product page may not be the ones available on your country, it’s best you check with your local MSI representative regarding specs and pricing should you be interested in the product.

OK so basically what I like is the GS30 notebook BUT I wish to make it clear that it is NOT a gaming notebook. The notebook’s graphic system is of Intel’s Iris Pro and that’s far from being sufficient for gaming. The GS30 only becomes a gaming beast when you attach the notebook to the GamingDock.

I won’t go into the details of the GTX 980, you may check out the performance of a
GTX 980 graphics card in my reviews (sorry, not MSI model).

Here’s how the Core i7-4870HQ on the MSI GS30 perform compared to other processors.

It is blazing fast, I love it! As a notebook the GS30 is fine but as an entire package – it’s quite IFFY, sorry I couldn’t find a better term for it.

You see, your notebook doesn’t automatically become a gaming notebook once attached. You’ll need to power down the notebook and power on the system via the dock in order to get the notebook to function with the graphics system on the gaming dock.

By now you should get the idea of how it is. The GS30, once in gaming mode, becomes a desktop itself, requiring you to have a monitor, mouse and keyboard. If you insist on getting the GS30 then the latter option might be better, you’re then able to source for the GTX 980 and reduce overall cost. Bear in mind that you should factor in the cost of a monitor, mouse and keyboard, and perhaps even a set of speaker or headphone unit.

The GamingDock has a 450W PSU so it can handle practically any card in the market BUT the problem would be fitting longer cards.

Sorry MSI, my take is that one could acquire a gaming notebook and a gaming desktop and it is very likely to cost far less while achieving the same or better results.