While the new Intel Z170 series boards are the talk of the town now, let’s not forget the other amazing Intel based products such as the Intel Compute Stick. 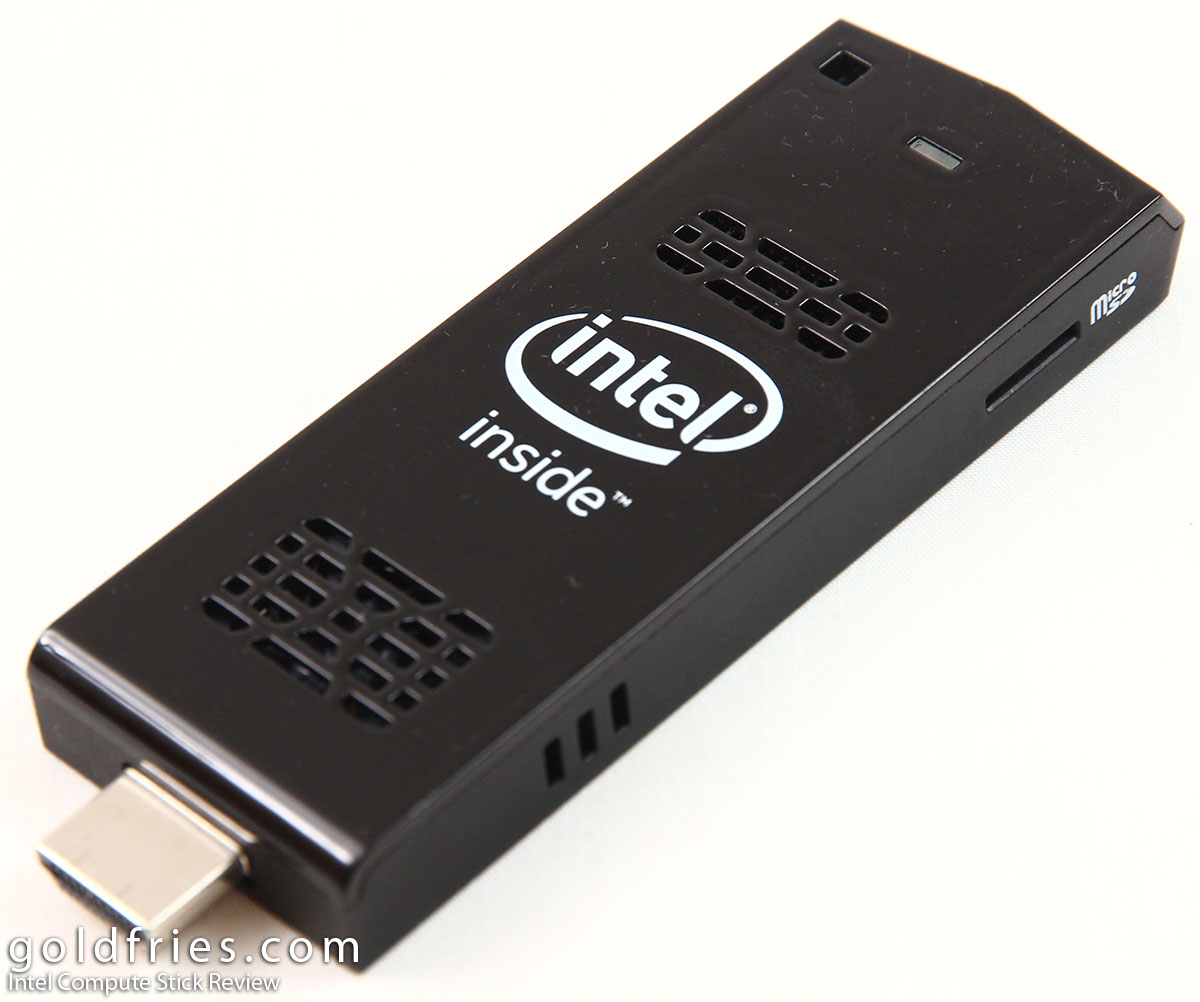 As you can see from the image above the device is small, the indicator would be the HDMI connector and the MicroSD slot.

On the other side of the Intel Compute Stick likes the USB port, the MicroUSB connector for power and the POWER button. 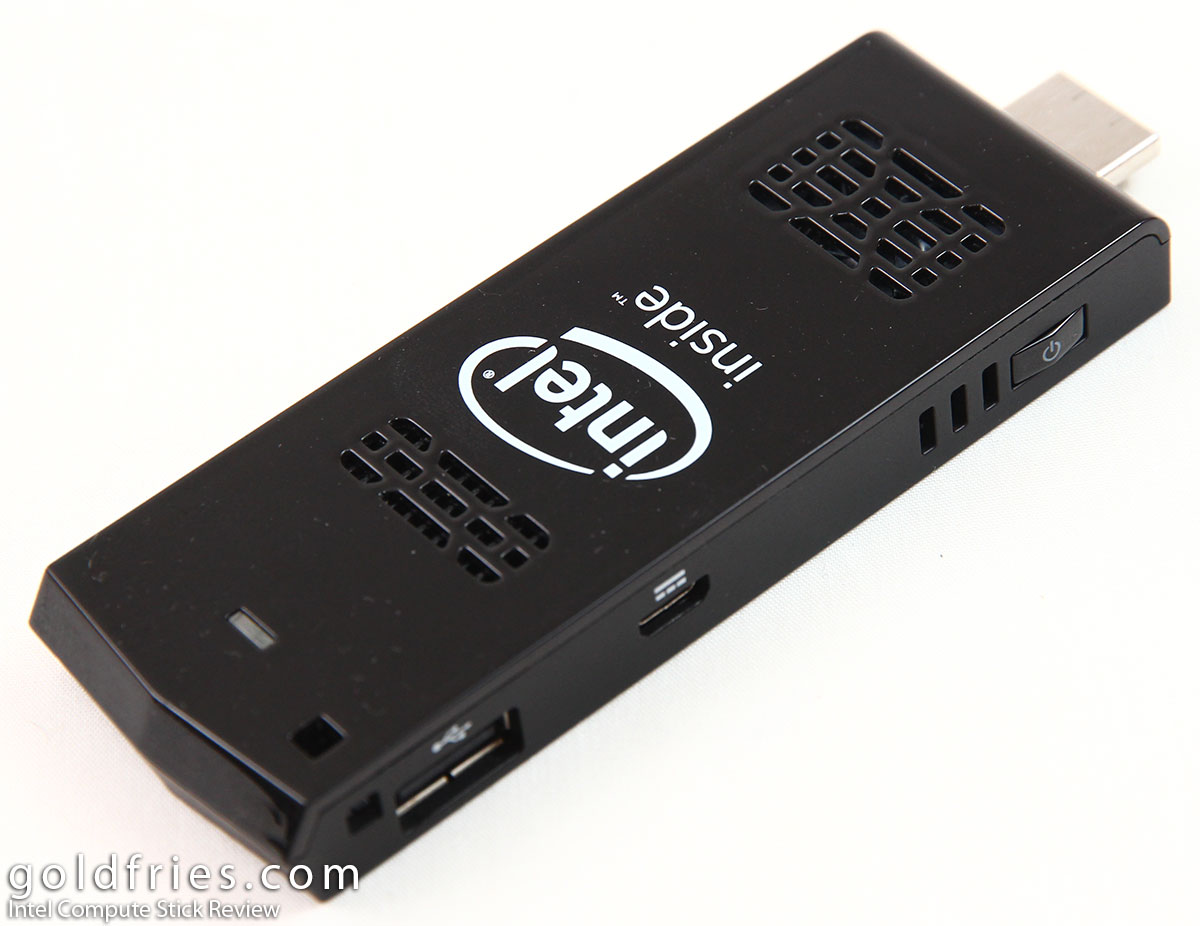 Amazing isn’t it? Intel crammed everything into a single stick that’s just a little bigger than the size of a credit. That’s a whole computer running on Windows 8.1 and 2GB RAM with 32GB storage and HDMI output with USB connectivity and WiFi all within that stick!

The model used in this review is the STCK1A32WFC. 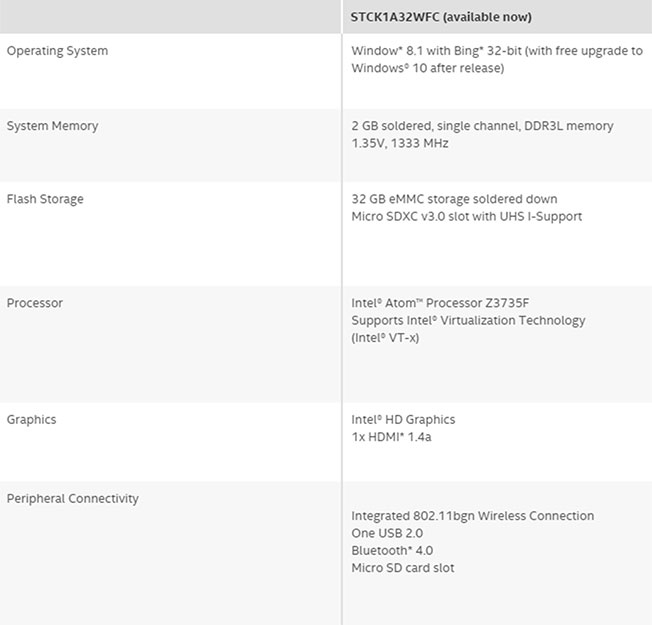 There is another model with Linux OS, 1GB RAM and 8GB storage and retails at a lower price point. Details at the official product page.

The compute stick runs quite zippy despite being a low spec computer, here are the details shown on Windows 8.1 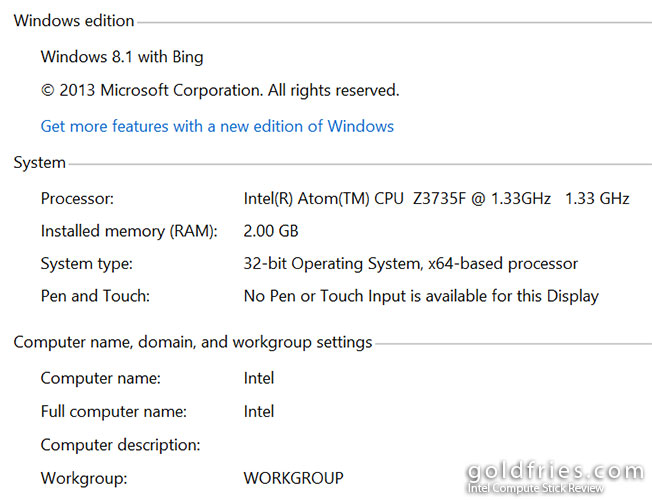 As for the CPU, here it is. 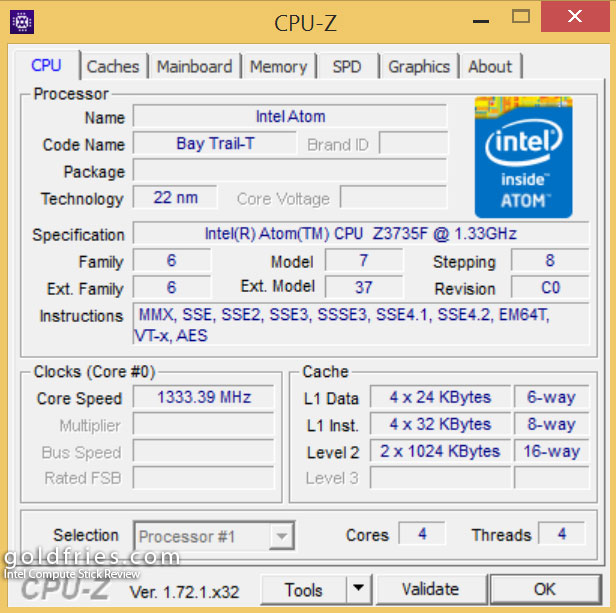 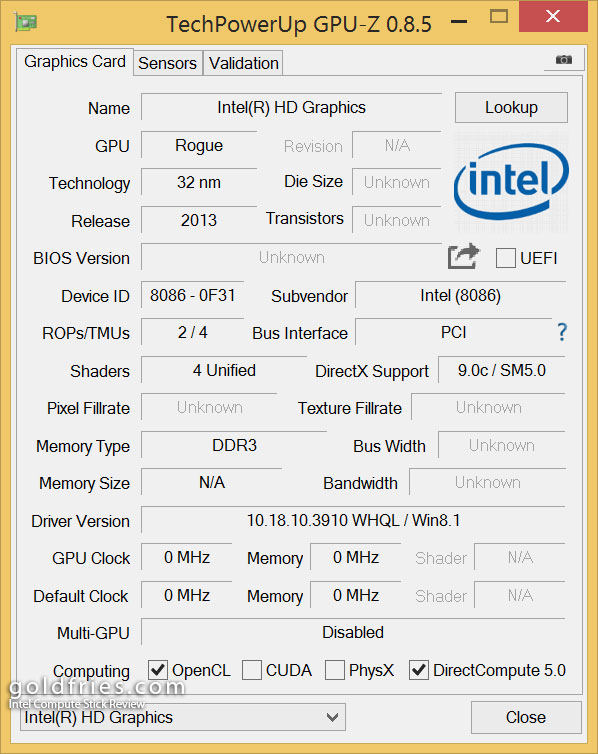 Well now hold your horses, don’t go out just to buy the Compute Stick thinking it’ll be a blast playing DOTA2 or whatever else you do under the sun with the compute stick.

Check out the benchmark for video conversion.

Woahhhhh that’s a whopping “Lucky Number” there – it took 6 times longer than the Core i3 to get the job done and almost double the Core M-5Y71!

Clearly this Compute Stick isn’t cut out for those kind of task, I think that’s the key to understand the possible usage of the Compute Stick and I’ll talk more on that later.

Performance wise it’s great for Internet browsing and even watching videos but from what I test, the Intel Compute stick may show sluggish performance when playing high quality videos, like say 10bit 1080P content with high quality audio, a single movie that could reach some 10GB in size. Playback of 720P content seems to be flawless.

Part of the package is a 5W 2A power adapter that’s meant to power the Compute Stick.

The Intel Compute Stick is NOT a mobile device like a tablet as it does not come with a screen. It’s pretty much a desktop computer (no monitor) that does not require a desk space or floor space. Part of the package is a HDMI extender in case the Compute Stick does not have enough room to be directly mounted on a HDMI port.

Now back to the power consumption part – the Compute Stick runs very well on 2A power, and I’ve even tested it on 1A power supply and it works too but what happens is that at 1A the power supplied is limited so the system may shutdown when there’s insufficient power.

This is exactly how any computer behaves when power draw exceeds the available power supplied.

The Intel Compute Stick is great for both light-weight home user and also commercial purpose. Instead of allocating a spot for a desktop or even an NUC, all the Compute Stick is just to be plugged into the HDMI port and supplied enough power to operate.

Going by the nature of the device, the key adoption of the Intel Compute Stick would be for commercial purpose, like those out of home / screen ads.