On the left side are the USB ports, LAN port, audio ports and card reader slot. 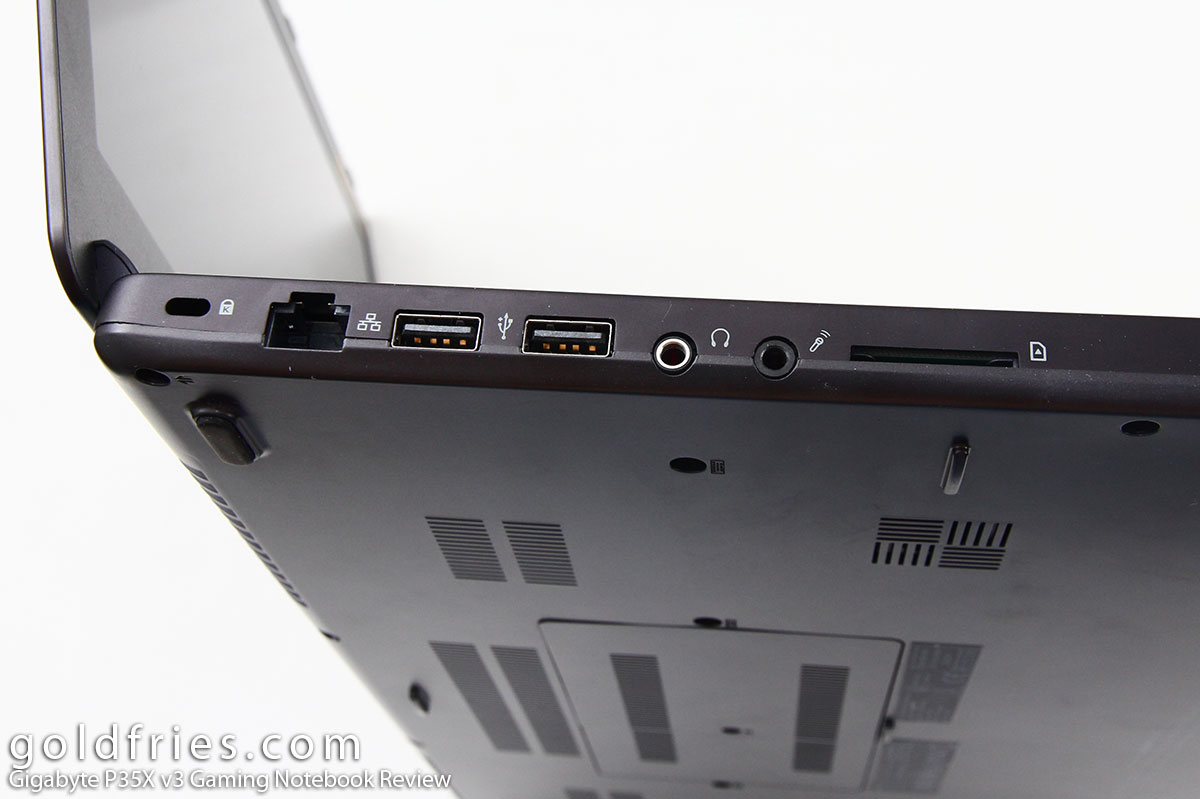 On the right side are the USB 3.0 ports, various display output (mini DisplayPort, HDMI and VGA) and of course the power connector. 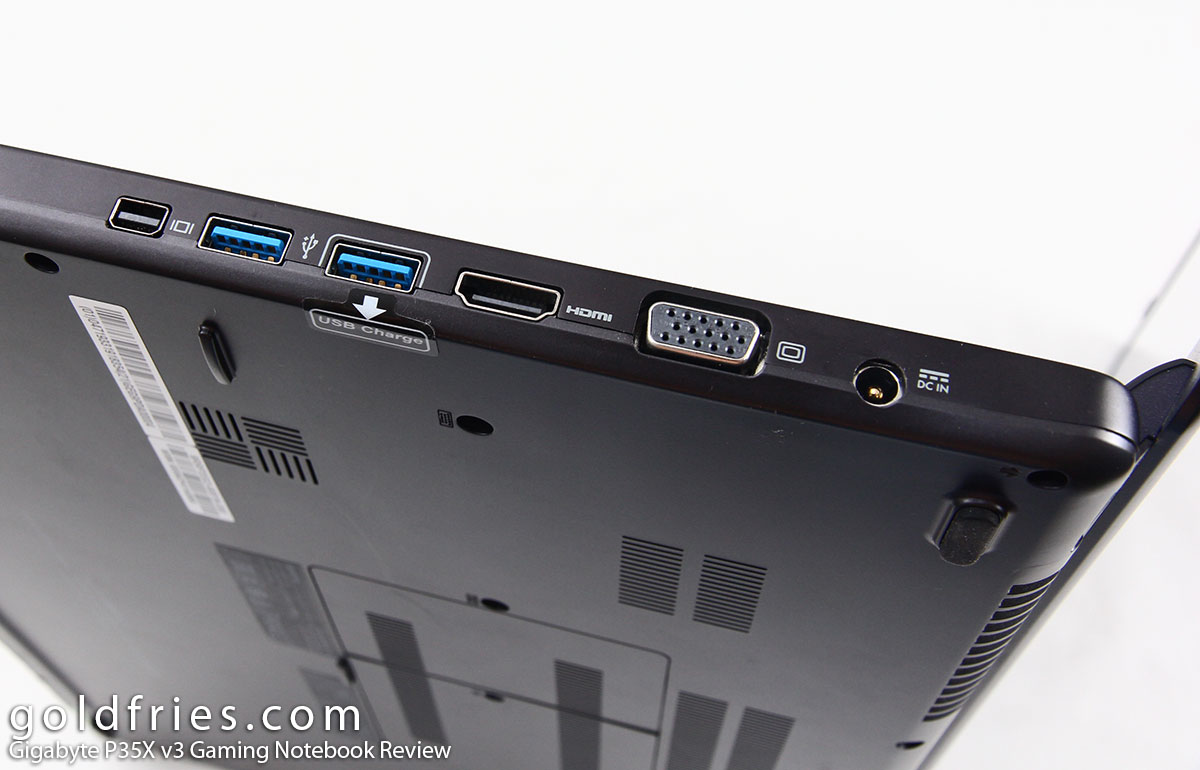 The air-intake is at the bottom while the exhaust vents are at the rear. 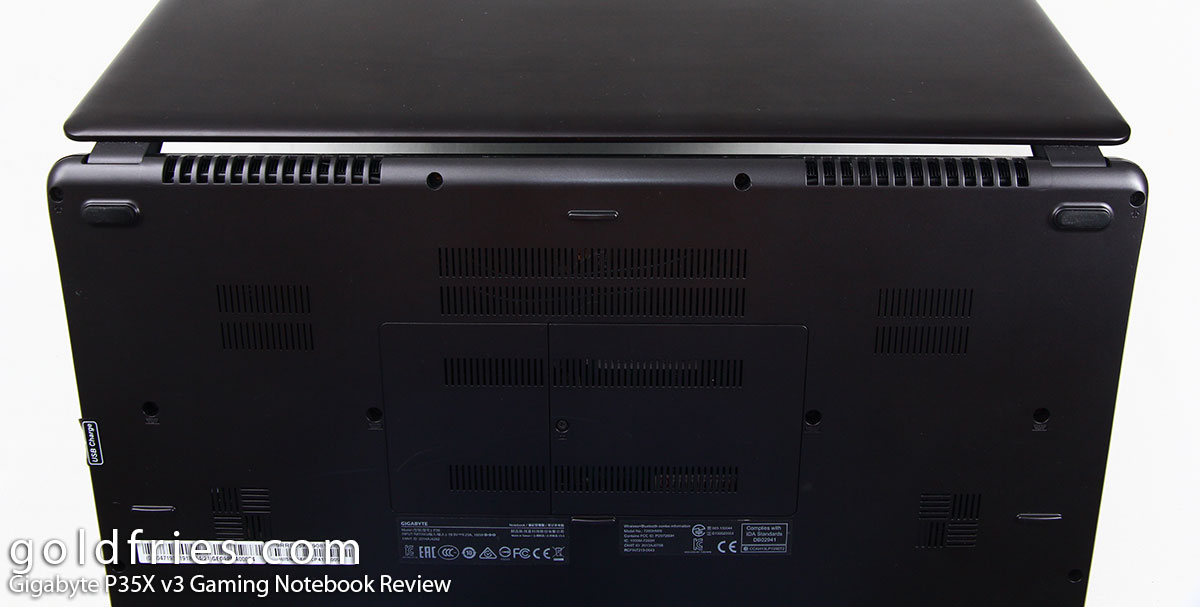 Specs aside, one can surely appreciate the thickness of the P35X V3, it comes to only 20.9mm in height, even a LEGO minifigure could look over it with ease. 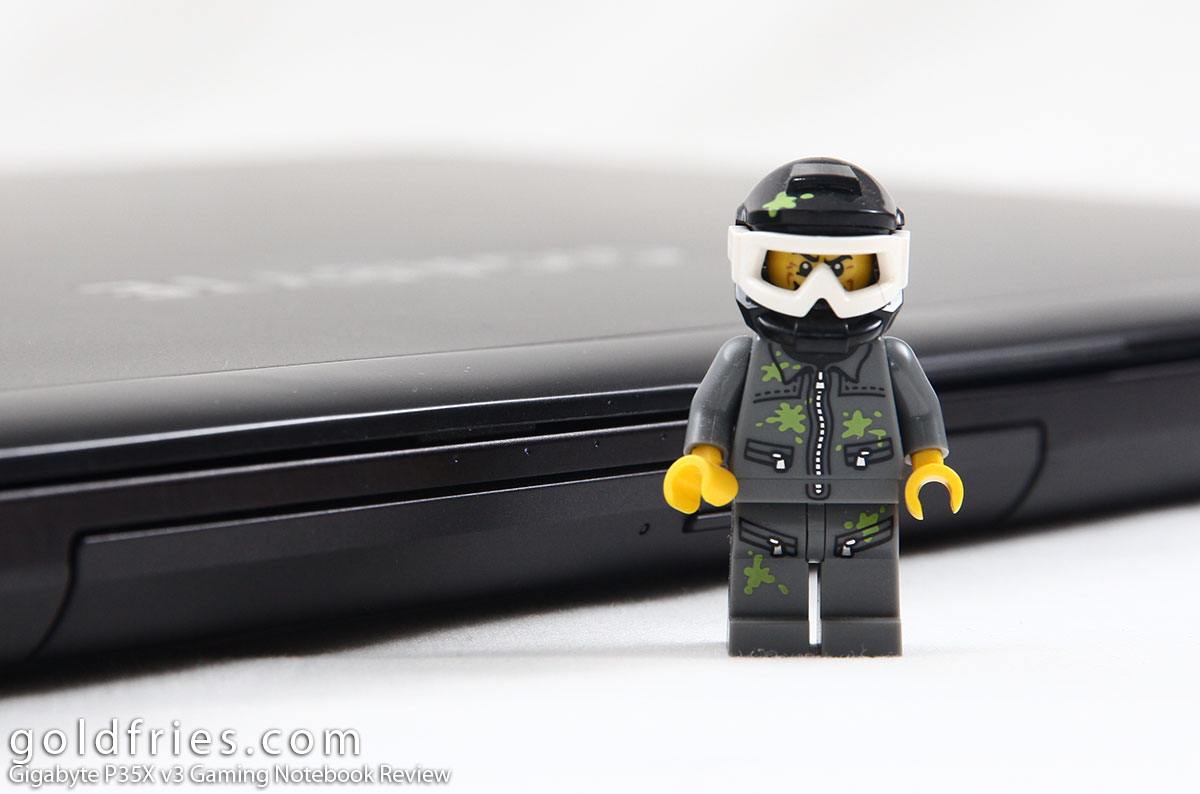 Here’s the CPU-Z (for the processor)…… 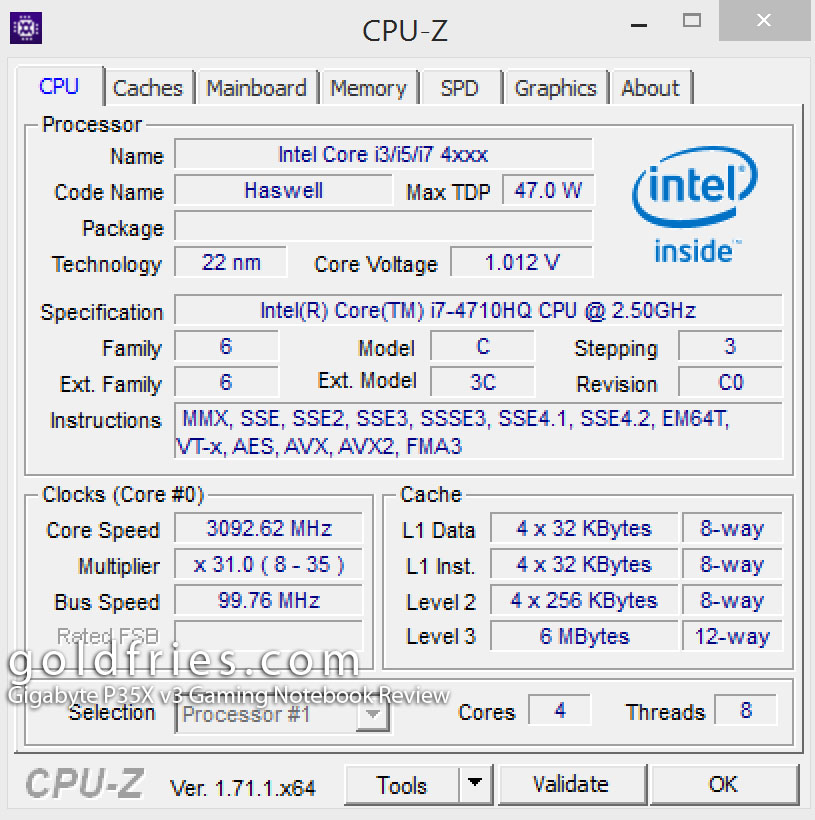 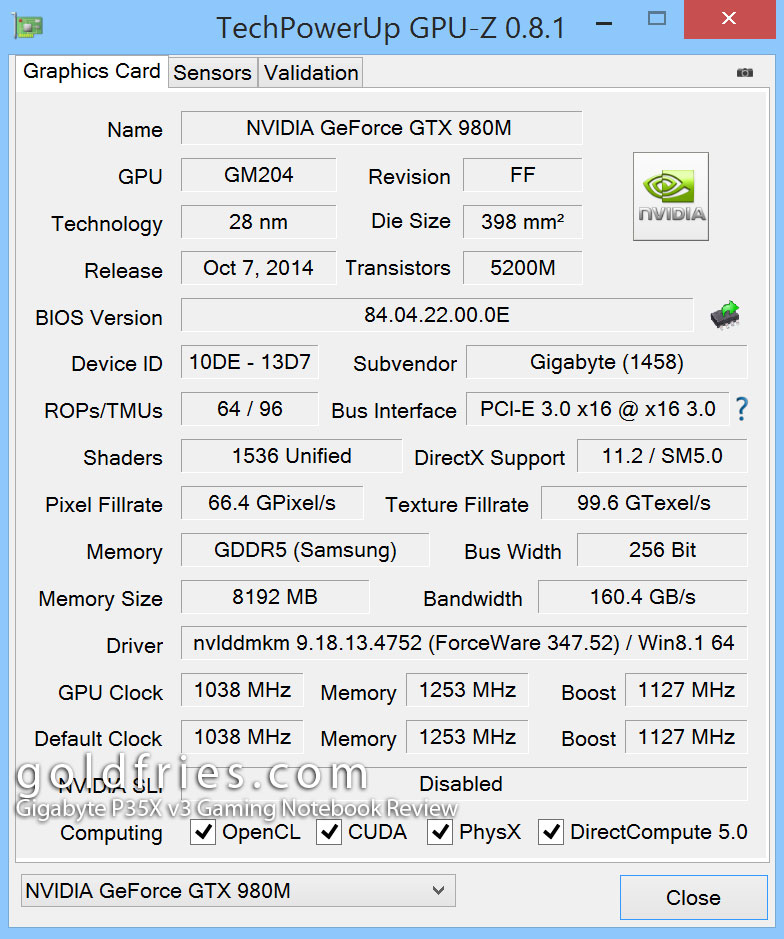 The Gigabyte P35X V3 is a stunning notebook, the notebook is large and comfortable to use and the slim profile makes it easy to lug around.

The cooling system runs quite loud so anyone who’s gaming on this notebook, I recommend using a headset. The audio is good but not stunning, I had better experience with other notebooks like the Acer V Nitro where one can hear distinctly the left and right channels.

With that, let’s proceed with some benchmarks. For the gaming benchmark I did the comparison in both Full HD and WQHD. This is to compare the GTX 980M on the P35X V3 against the desktop counterparts.

Overall gaming experience was good, the GTX 980M performs slightly behind a GTX 970 but it was much faster than a GTX 960. I could even game on Battlefield 4 at WQHD at High Resolution with FPS above 30.

Games aside, I also did a video conversion test to see how does the processor fare.

The Core i7 fares similarly to the desktop Core i5 processor.

I used PC Mark 8’s test to gauge the battery life and it comes to about 3 hours. Realistically speaking it should last around 5 – 6 hours as long as you are not gaming away. 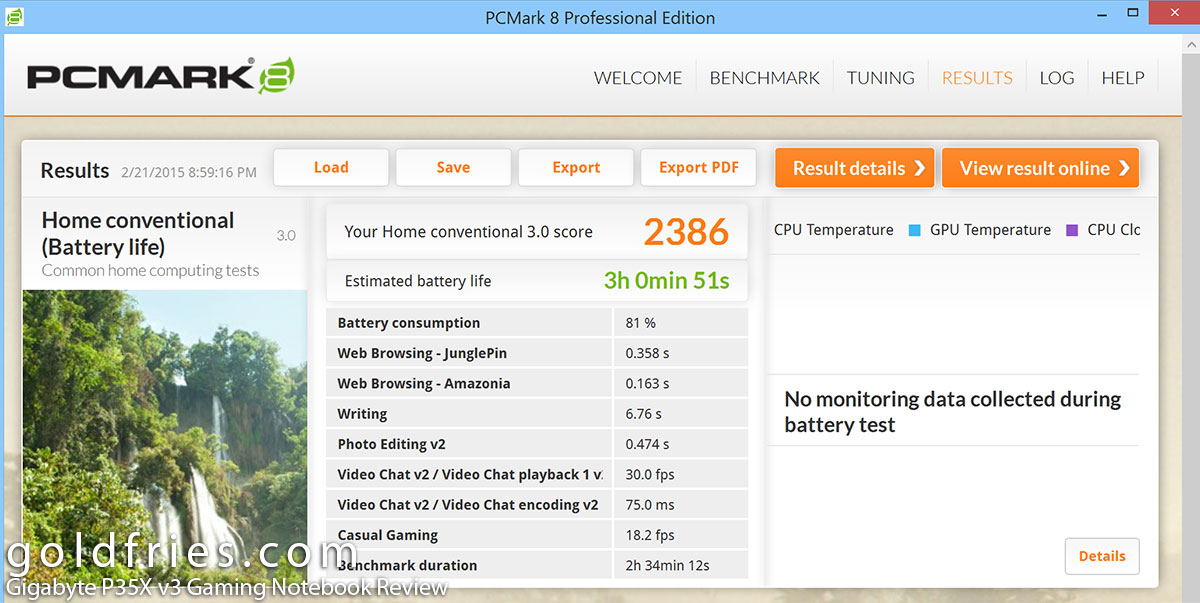 I also used the Unigine Heaven 4.0 benchmark to simulate gaming environment and saw that the CPU peaked at 91Â°C while GPU at 83Â°C. The same components idle at 53Â°C and 51Â°C respectively. The power draw from the wall reading comes to 149W when the benchmark was in progress.

The Gigabyte P35X v3 Gaming Notebook’s retails price starts from RM 7,699. Regardless of configuration, you’re assured that you have the nVidia GeForce GTX 980M and an Intel Core i7-processor.

It is a notebook with solid cooling, beautiful keyboard and a screen that’s beyond description. Other features worth mentioning are the configurable drive bay and multiple forms of display output. The P35X V3 comes with 2-years warranty.