GELID’s Rev. 2 ICY VISION is a cost effective 3rd party cooler that’s great for replacing reference coolers that are often noisy, and broken down coolers that are literally good for nothing. 🙂 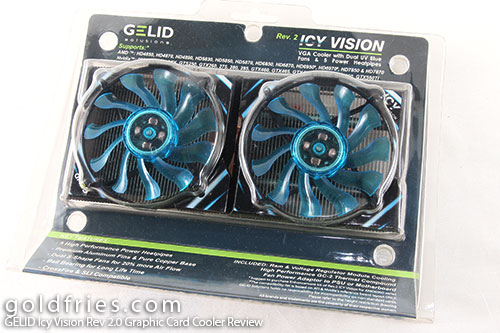 The most striking part of the cooler is the UV Fan, more specifically a 2x 92mm fans with S-shaped blades for some additional 20% airflow (as claimed by Gelid). 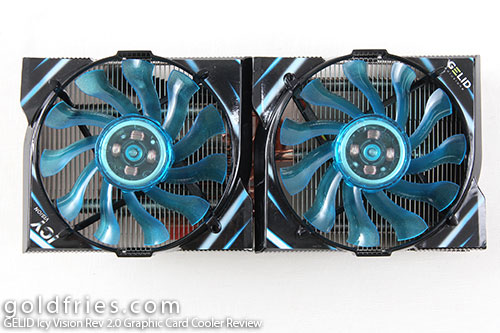 Underneath the rather humble design lies 5 high-performance heatpipes that are soldered to a copper base for maximum heat absorption. 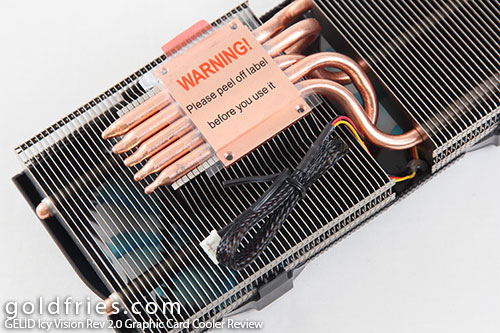 The package from Gelid is generous, including various RAM and VRM heatsinks, GC-2 Thermal Compound and a case fan cable in case the connector doesn’t match the one on the graphic card. 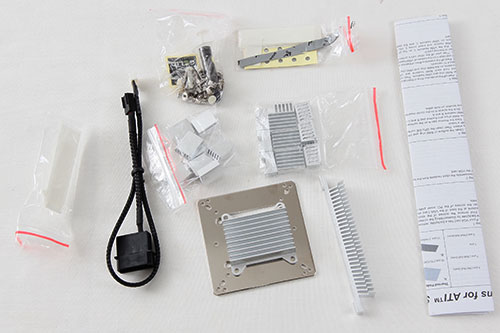 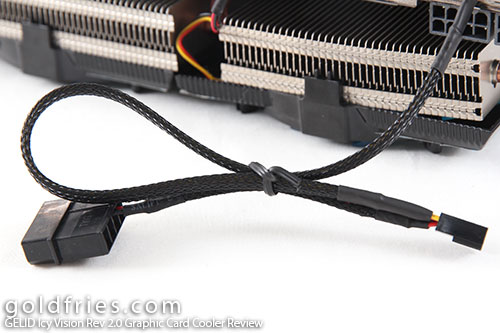 Here’s what it looks like with the R2IV mounted on the graphic card. 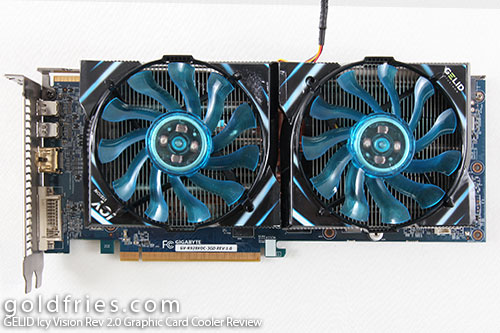 The choice of 92mm fan profile is based on the size of the heatsink, which I think is very well designed as it matches the height of the graphic card so it doesn’t obstruct when it comes to installing on smaller casings or casings with a fan in place near the graphic card. 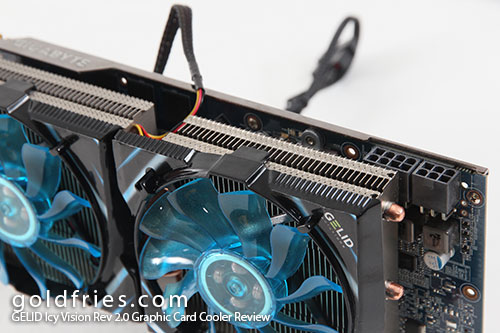 On the down side, the extension of the pipe comes into conflict with the RAM heatsinks so you’ll have to do without it. 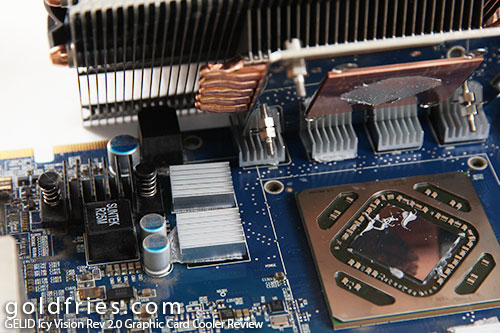 As for the RAM sinks, it’s entirely up to you whether to install them or not. I feel the airflow from the fan is quite sufficient to cooler the RAM. It’s certainly works better than some heatsinks that are in contact with both RAM and GPU core.

Just in case you’re wondering, the graphic card used for the photos above is the Gigabyte Radeon R9 280X 3GB OC (GV-R928XOC-3GD) with Windforce, it’s also the card used for load testing the cooler

More details of the cooler at the official product page.

For the load test, I ran Furmark’s Burn-in test for 5 minutes.

Both fans were running at max RPM, the 2x 92mm fan on the R2IV wasn’t silent but it’s not noisy like the screams of the 3 smaller fans found on the Windforce.

The card retails at USD 55 and it’s definitely worth your consideration. Afte the test, I immediately replaced the the cooler on my Sapphire R9 280X Dual-X version, of which the fans rattle more than a rattlesnake.

The GELID Rev. 2 ICY VISION comes with 5-years warranty and should you need to replace the fan for some unknown reason, 92mm fan clips are available for your purchase.