Of the many GTS250 that I’ve come by so far, I must say that this one looks most appealing to me. Does this card perform as good as it looks?

The card, strikingly beautiful with its blue and black theme. 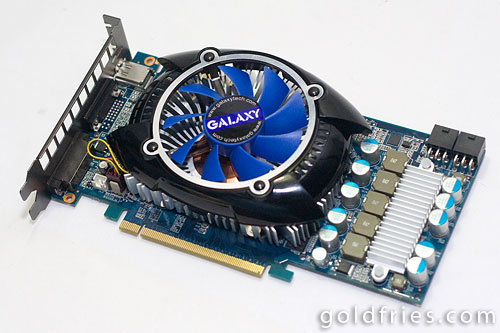 The cooler appears to be made of aluminium, with blue fan and a black protective piece. 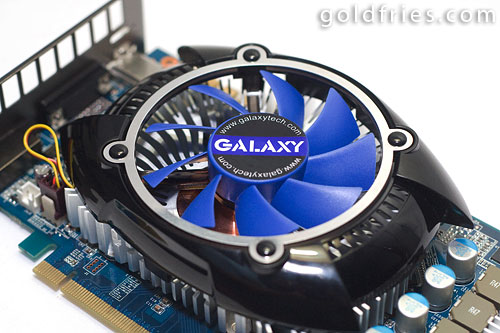 Upon closer inspection, you’ll see that the heatsink’s core is copper. 🙂 That explains why this card is heavier than what they usually are. 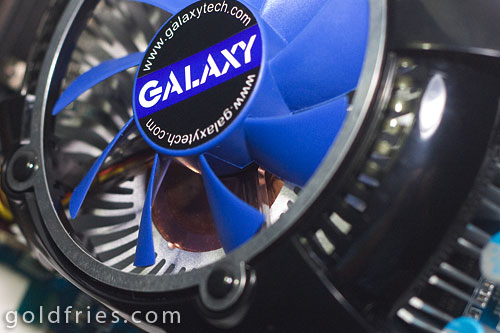 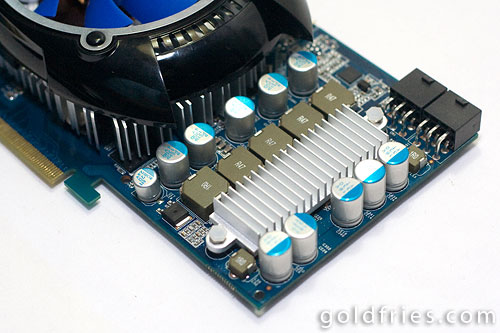 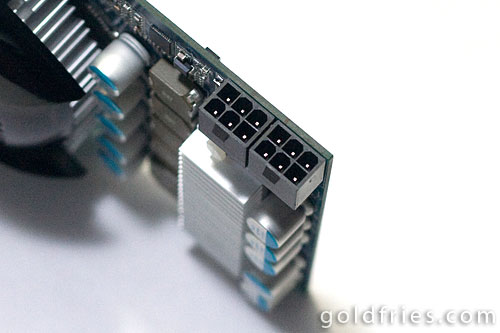 And lastly, the SLI connectors and also the output connectors – I love it when they have HDMI + VGA + DVI, spare me the converters. 🙂 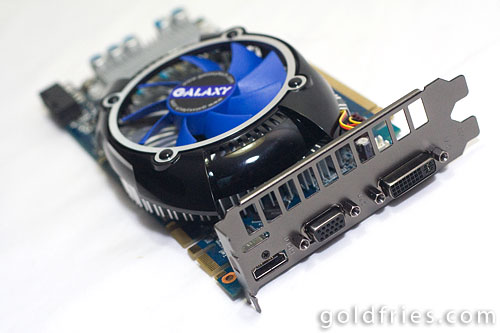 All the details are at the official product page. 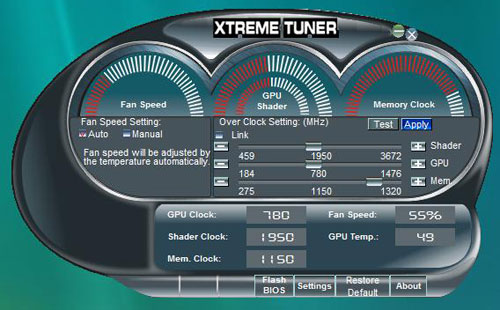 As many of you would’ve noted, I’ve not overclocked any card in my reviews for more than a year now. For this card, I was just testing out the software but I got a little curious so I pushed the card to 800Mhz / 1200Mhz / 2000Mhz from its original 738Mhz / 1100Mhz / 1836Mhz and I was surprised that it managed to run Crysis test without problem (as in didn’t crash) but I stopped the test as there were minor artifacts appearing, doesn’t screw up the display in any other way. I then dropped the settings to 780Mhz / 1150 Mhz / 1950Mhz and it ran without showing any artifacts.

Another reason for the casual overclocking of this card was the Crysis benchmark, I wanted to know whether it was a possible driver issue since the speed difference isn’t that huge but the Palit version seem to have a 2 frame lead. More details later, let’s proceed with the benchmark results first. 🙂

Looks like it’s possibly a driver issue. The system has a little faster processor clock and the graphic card was pushed beyond that of the Palit version but the benchmark result still is still step behind.

Looks like the unit holds well when it comes to load. The Stress test from Furmark pushed the heatsink really far but rest assured, that’s not the level of heat your games at max setting would produce. I did run [email protected] with the card for a few weeks in both air-conditioned and non air-conditioned setting and it didn’t experience any disruption in operation.

I like this card very much, partly because the color scheme matches my gaming machine really well. 😀

Besides that, I like the heatsink that it comes with copper base and a fan that cools well even when I set it to 55%. It is rather noisy when the fan is running full speed but as what I mentioned, it cools well even at 55%. I think the cooling could be improved if the fins were thinner and the fan was a bigger, and perhaps a little change in the angle of the blades.