This is probably a brand unheard off to many but as enthusiasts, you may have come by Ducky’s range of products for quite some time. They’re known across the globe for their mechanical keyboards.

Truth be told, I wasn’t aware of this brand either as I’m particularly interested in keyboards. When I received the review unit, I was like “WTH? Ducky? Isn’t that the name of that cute dinosaur in Land Before Time?”

Regardless, the unit with me is as per the title – the DK9008G2. My unit does not come with interchangeable keys, key remover nor palm rest. Just the keyboard and USB cable.

How do I know it’s Cherry MX Brown? It’s labelled there on the box.

Wait, so what is Cherry MX Brown?

Cherry Corportation is a German company that manufactures Cherry MX switches found in keyboards like the Ducky DK9008G2. Here’s a link to their MX switches page, and here’s a guide to mechanical keyboard switches. 🙂

They have black, blue, brown, red and white switches and these colors actually indicate the nature of the switches, for example brown switches have non-audible click and has tactile feedback. 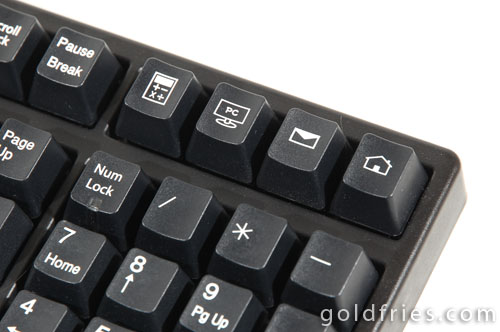 It’s great that the shortcut keys are placed at the corner, it’s not only convenient but it’s also easy to press as it’s just like any of the keys found on the keyboard. However being at the corner near the mouse and easy to press means you’ll encounter the “accidental home” scenario. 🙁 I’ve tried the keyboard on my gaming rig, with Call of Duty : Modern Warfare 2 running. I pressed the HOME key and it went to desktop as the system launches the browser.

Bummer on that one, and even more bummer that I can’t disable that button.

The markings for the keyboard characters aren’t good either. My Logitech Internet Keyboard lasted me more than a decade and there are absolutely NO missing markings on any of the keys. The Ducky DK9008G2 on the other hand, has already shown signs of wear within a month usage. Look at the image below, notice how my R SHIFT and L key are a bit faded? 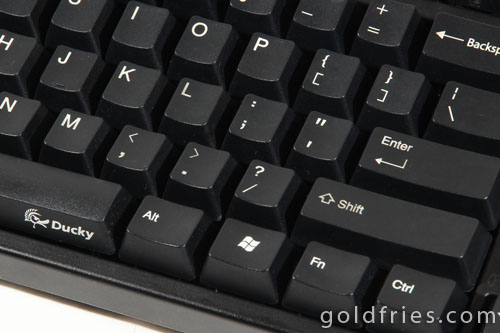 Underneath we have the socket for USB connection, it’s horribly designed, thus requiring more effort to connect the USB. If you did not raise the keyboard’s height, then the cables have only a center and 2 other grooves on each side for the cable to exit the keyboard frame. 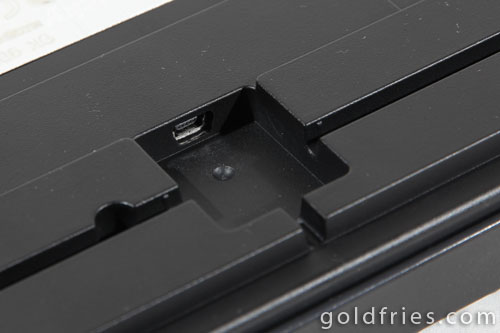 I didn’t like the stand as seen in the picture below, the degree raised is very slight. On the plus side of the picture, the keyboard comes with rubber padding to ensure steady foothold on the table. 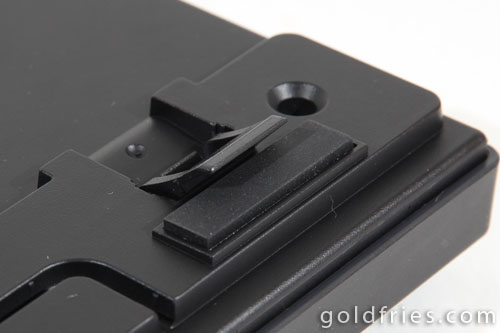 Function keys 9 to 11 are lit with red LED, but that doesn’t mean it’s going to light up every time you click those function keys. You’ll have to press the FN key (refer to the earlier photo) to enable the F9 to F11 keys.

I have no idea when would I need to swap those key locations. F1 to F7 keys on the other hand are multimedia functions, as in volume controls and track navigation. Just as the other function keys, you’ll have to combo with the FN button to work.

Great feature to have but unfortunately FN key is only on the right side of the keyboard so FN + F1 requires 2 hands to execute, unless you have a really huge hands. It’s a plain looking no-nonsense keyboard, pretty much like any other ordinary sub RM 100 keyboards but truth be told. Behind the ordinary look, it’s a solid keyboard (heavy too, at 1.4 kg) and it has Cherry MX mechanical switches that are rated to 50 million operations.

One thing to add is that its key feature is the USB N-Key Rollover (NKRO) that allows you an unlimited number of keystrokes at the same time, which could be important to gamers.

In actual operation, the only actual weakness I found on this keyboard is when I’m at Windows Error Recovery screen – I can’t use that screen! Press any key to select the available options or even to press ENTER and the system just stops there. I thought it was an OS issue but swapping to my Dell keyboard and I can navigate the options just fine.

Design flaws aside, the keyboard works great as it is. Keys area responsive and comfortable to press. Shortcut keys and multimedia controls are always a welcome. The keyboard’s RRP is about RM 400 and you should be able to find it it cheaper at retailers, in the end it’s all about whether you deem it’s worth forking out nearly RM 400 for a mechanical keyboard over the average non-mechanical keyboard for RM 150 or less.