The V4 GTS is one of Cooler Master’s higher range of cooler. 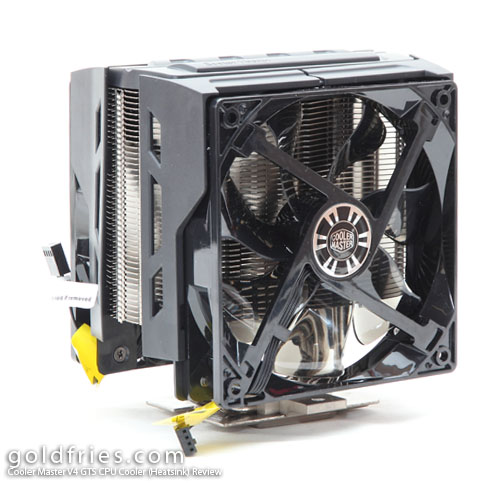 This review was made possible by Cooler Master

Nicely covered on the top, no unsightly stubs. 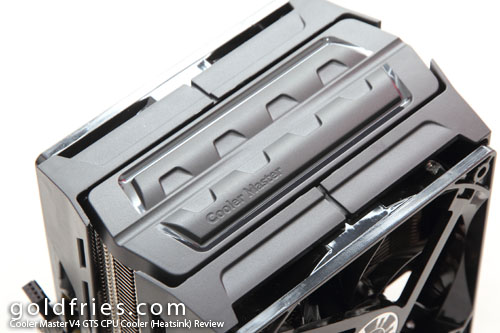 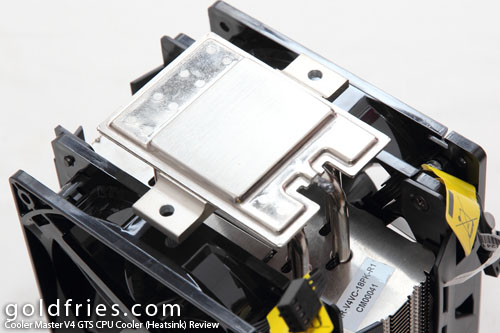 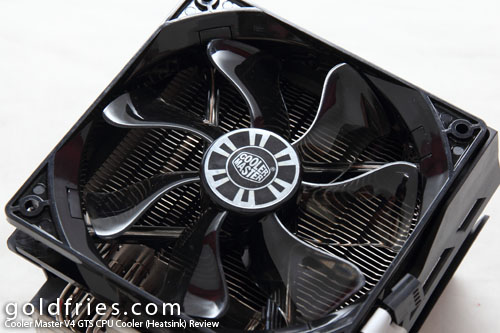 The fan comes with a nice clipping mechanism for easy mount / dismount. 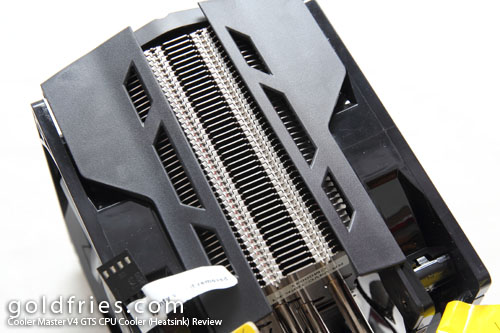 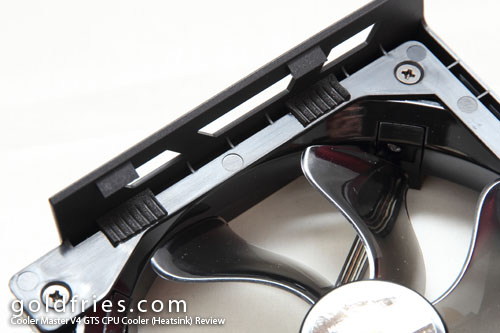 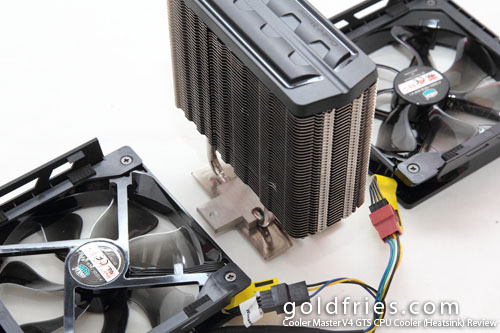 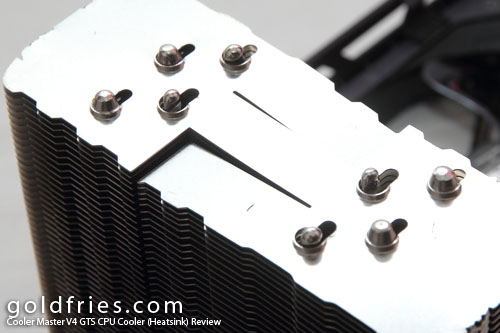 On the down side, the fan on the cooler is at a position that it reaches too low, leaving no clearance for RAM and other motherboard heatsinks around the area. 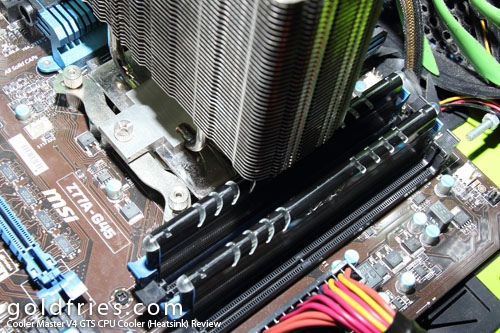 Nevertheless I still manage to mount a dual-fan setup, albeit a less effective one as the blade now do not push air across the heatpipes and base.

Installation wasn’t difficult, nevertheless you still need quite some work to get the back plate on and a long screw driver to get the holder screws into place.

The cable on the fans were short (just a few cm) so you’ll need to use the bundled joining cable to connect both the fans to the fan power connector. 2 fans sharing 1 source.

Retailing at RM 249, I think this heatsink is good BUT the failing point is the fan placement. It feels like Cooler Master intended for the air to blow across the heatpipes and I’m sure if I had placed it as such the performance would have been a lot better too.

However, I just can’t believe this oversight. People who spend on large heatsinks are often overclockers, and motherboard these days almost always come with plenty of heatsinks surrounding the socket.

As much as I like the performance, I’m unable to give it a RECOMMENDED sign because I can’t use it as it was advertised. I’m not getting the performance I ought to but I ended up with a lot of hassle and an ugly looking heatsink with fans protruding.