And so once in a while I have some rare stuff appearing in my lab, this time it’s the Colorful SS350P 120GB SSD. 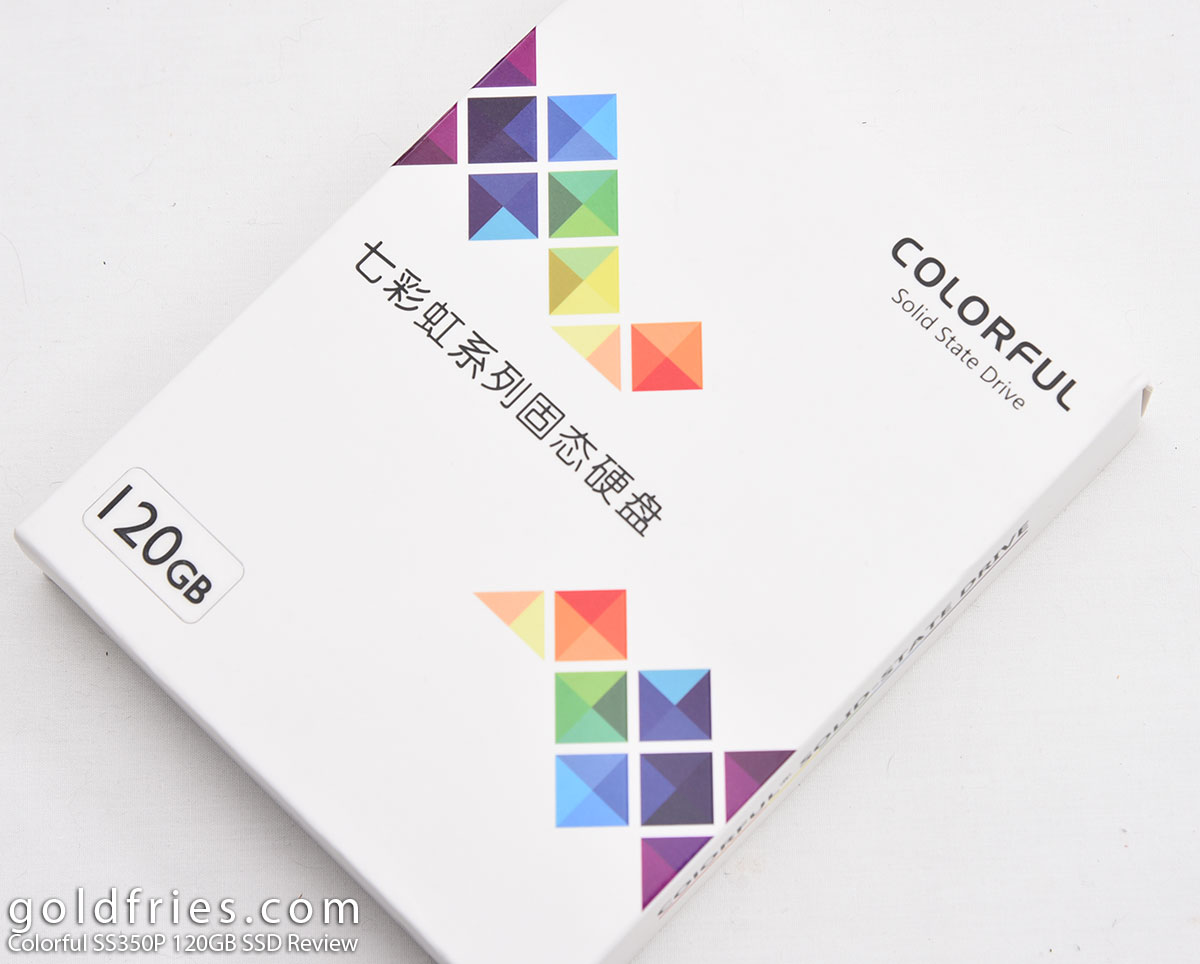 At the back the descriptions are all in Chinese, clearly this product is targetting China, after all Colorful is from China. Despite being a “colorful”, the product isn’t colorful at all. Well that’s not a problem, I’m not expecting it to be colorful and in fact I think the design for this SSD is beautiful, I love the patterns on it. 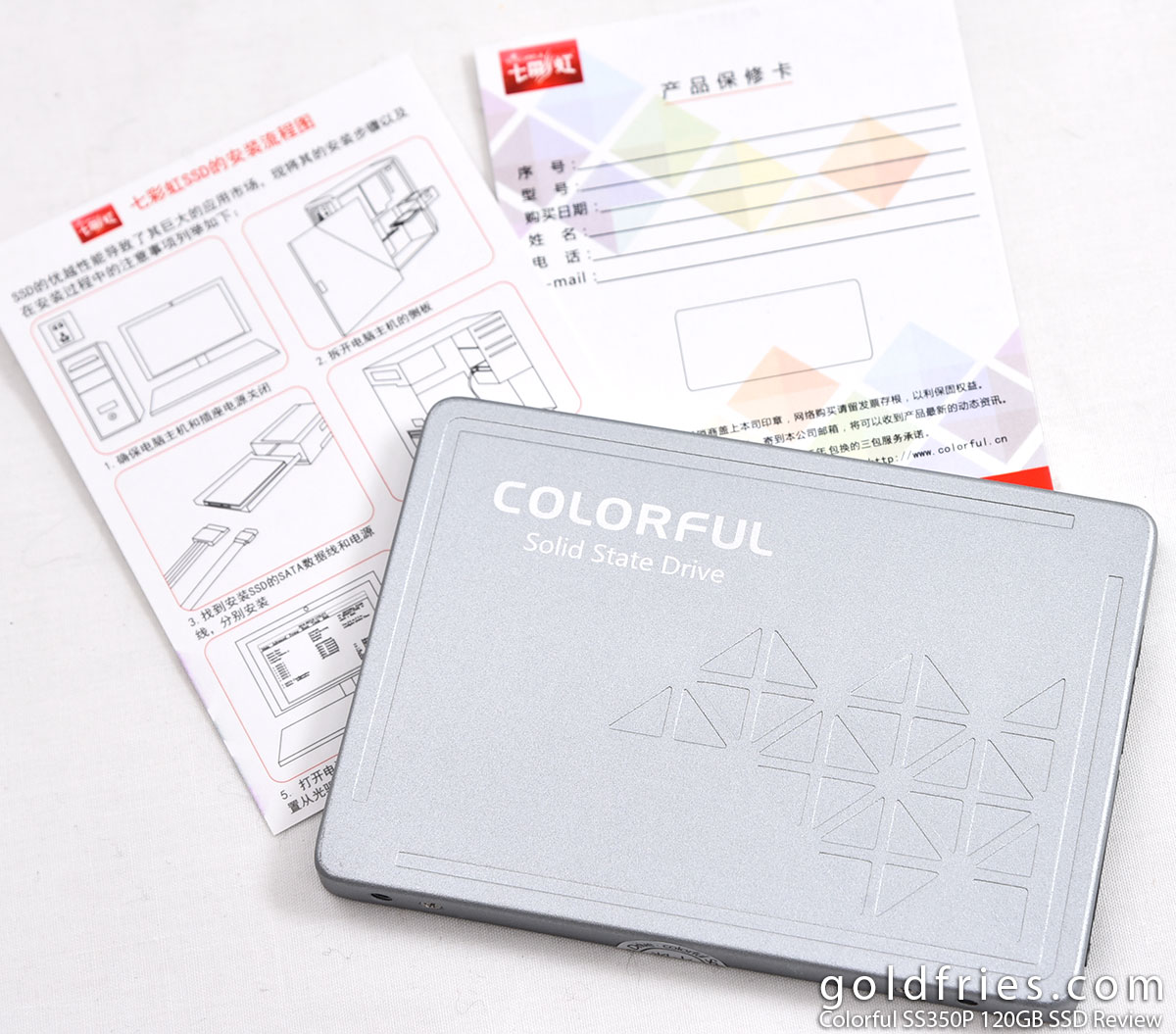 What’s interesting to note is that the SSD is uses TLC NAND FLASH, it’s the cheapest available flash memory for storage and being cheapest mean it’s lifetime is shortest, having far less available read/write cycles compared to MLC and SLC NAND FLASH. Does that make it a bad SSD? No it doesn’t.

What amazed me the most is the speed, I can’t believe the benchmarks when I saw it. Admittedly I was expecting it to be lower but it performs well and I have no complaints, considering it’s a TLC drive. 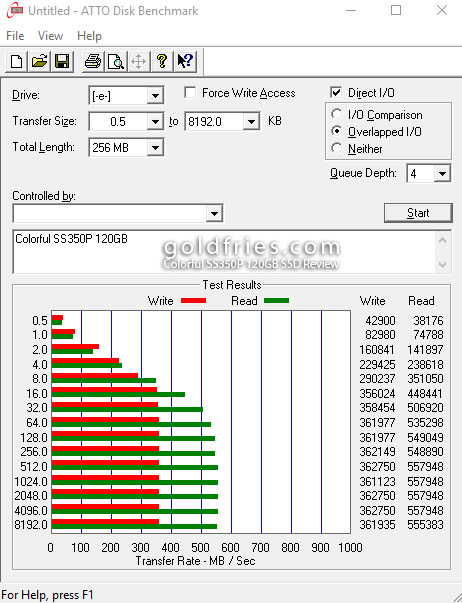 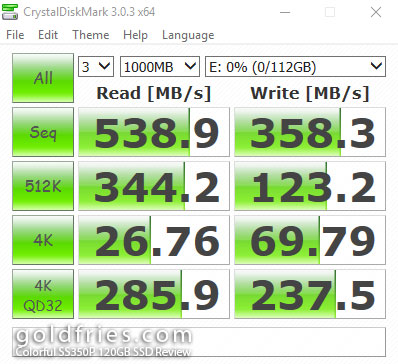 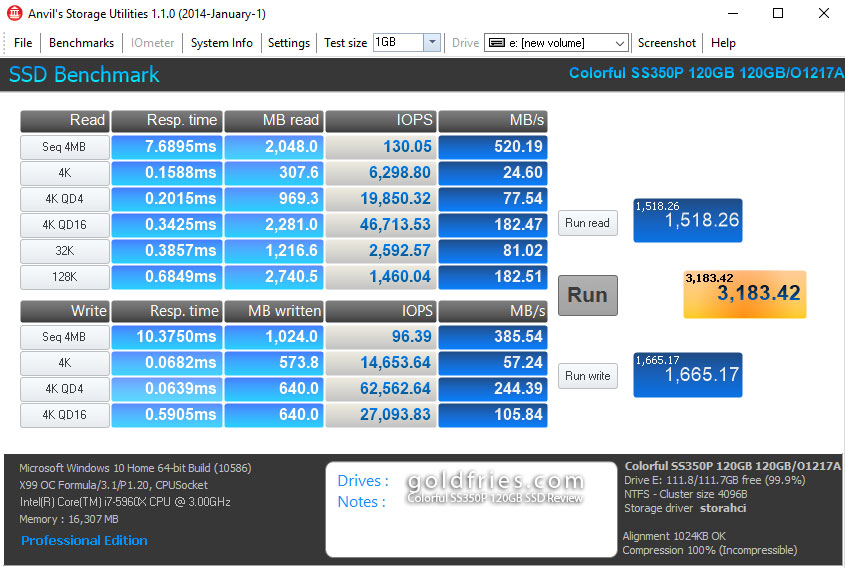 The Colorful SS350P 120GB SSD is an excellent drive, I love the design and it’s blazing fast. The SS350P is based on TLC NAND FLASH so it’s cheap, and don’t worry about the R/W cycles because it’ll definitely last long enough for the general consumer. I have SSDs that are almost 5 years old and are still alive and kicking.

Price? Sites like Gearbest lists it at USD 42 while Gudreviews listed it at USD 47.77 but for those in the east side of earth, you can look at the product at JD listed at 189 RMB which is about USD 28. And according to the product page at JD it comes with 3-years warranty.