It certainly is a colorful year at goldfries’ lab and the first graphics card to be reviewed is the Colorful iGameGTX1050Ti U-4G. 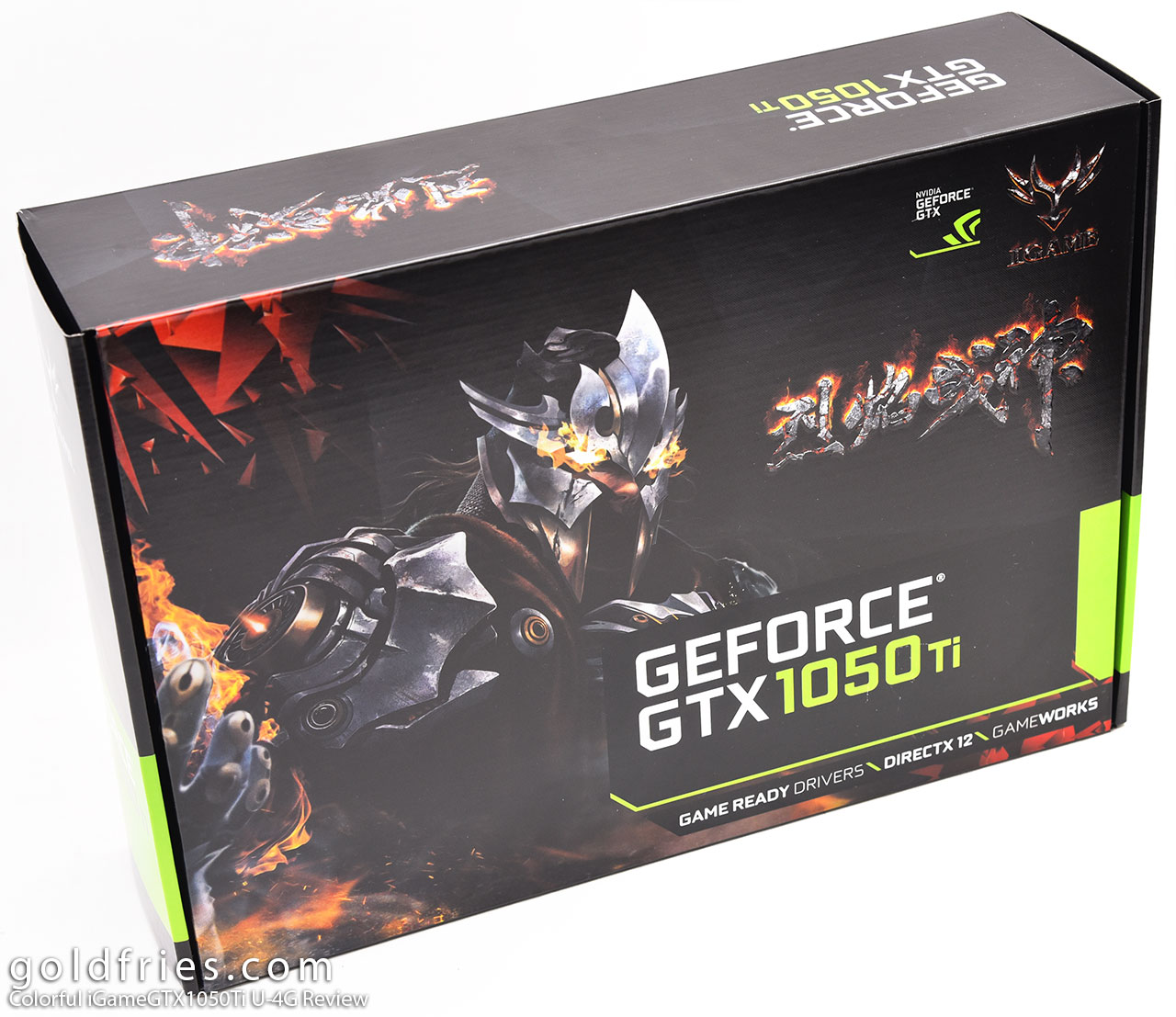 The box packaging is simple, so simple that you do not see the image of the card not its features. Colorful definitely needs to put some work in this aspect, even the feature of the card isn’t stated on the manual so I’m going to tell you about it! 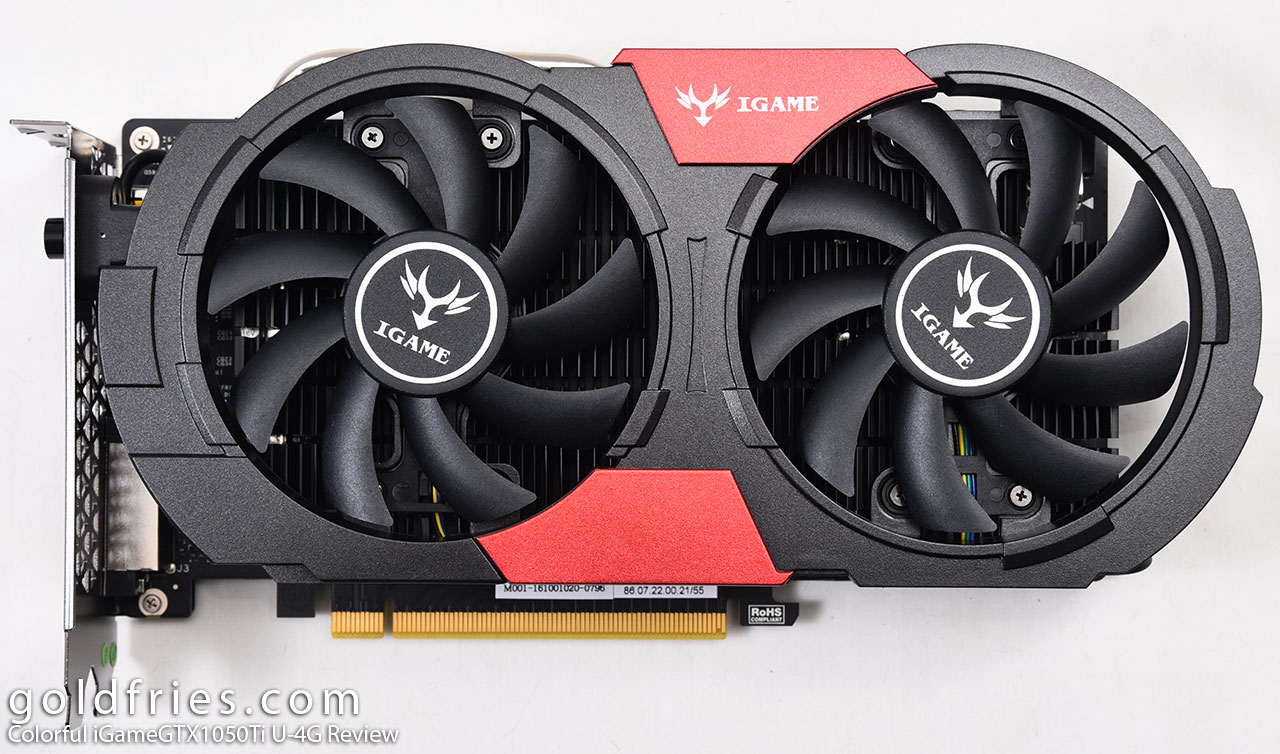 The details of these feature is as scares as the details on the official product page.

I’ll talk about the One-key overclocking in a bit so let’s start with the rest, and ironically I have to skip all the others as well because there’s just no details about them and what makes them special or unique.

The Blaze Duo Cooler as seen in the image above is one amazing cooling system, I like it very much in terms of both design and performance.

The most beautiful part of the card would be the back plate, it looks so awesome and what I like about it is that it’s not shiny, there’s a beauty in it as it doesn’t reflect much light. Note also that this card uses a 6-pin PCI-E power connector for operation. 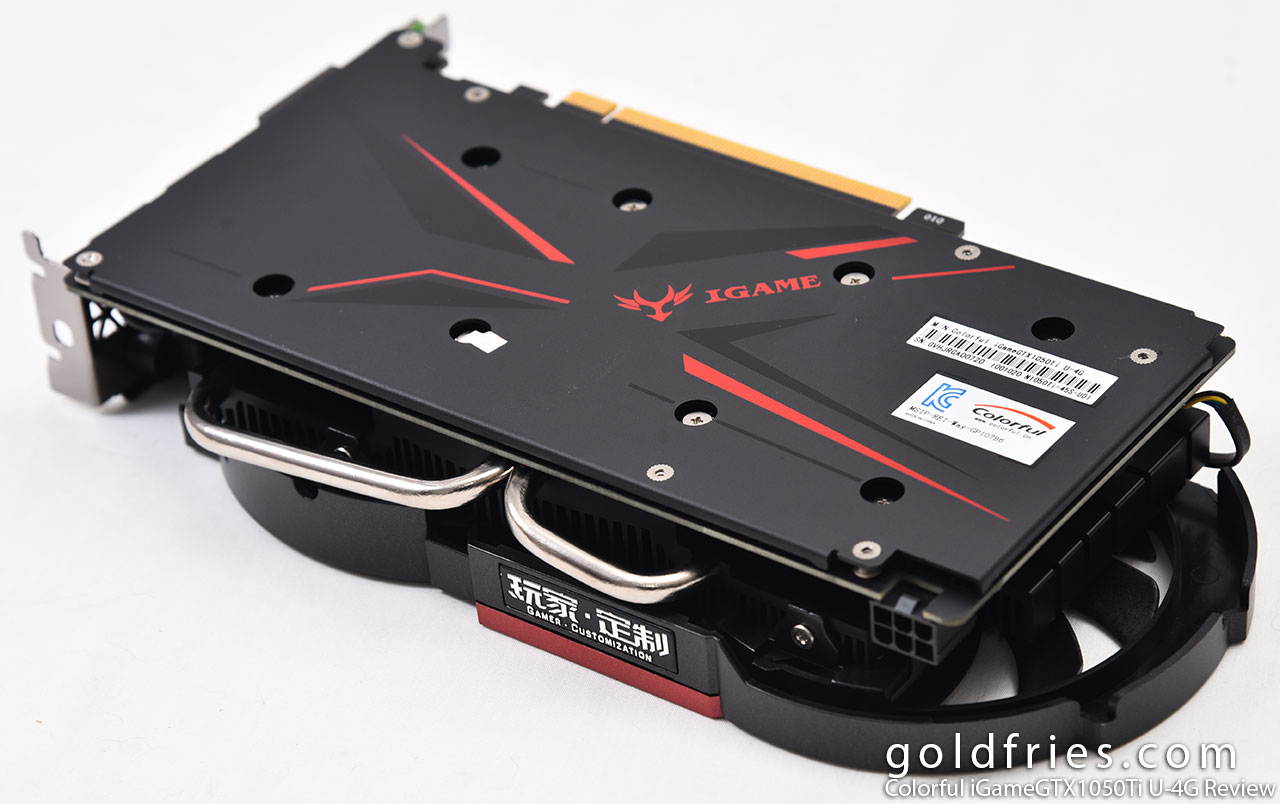 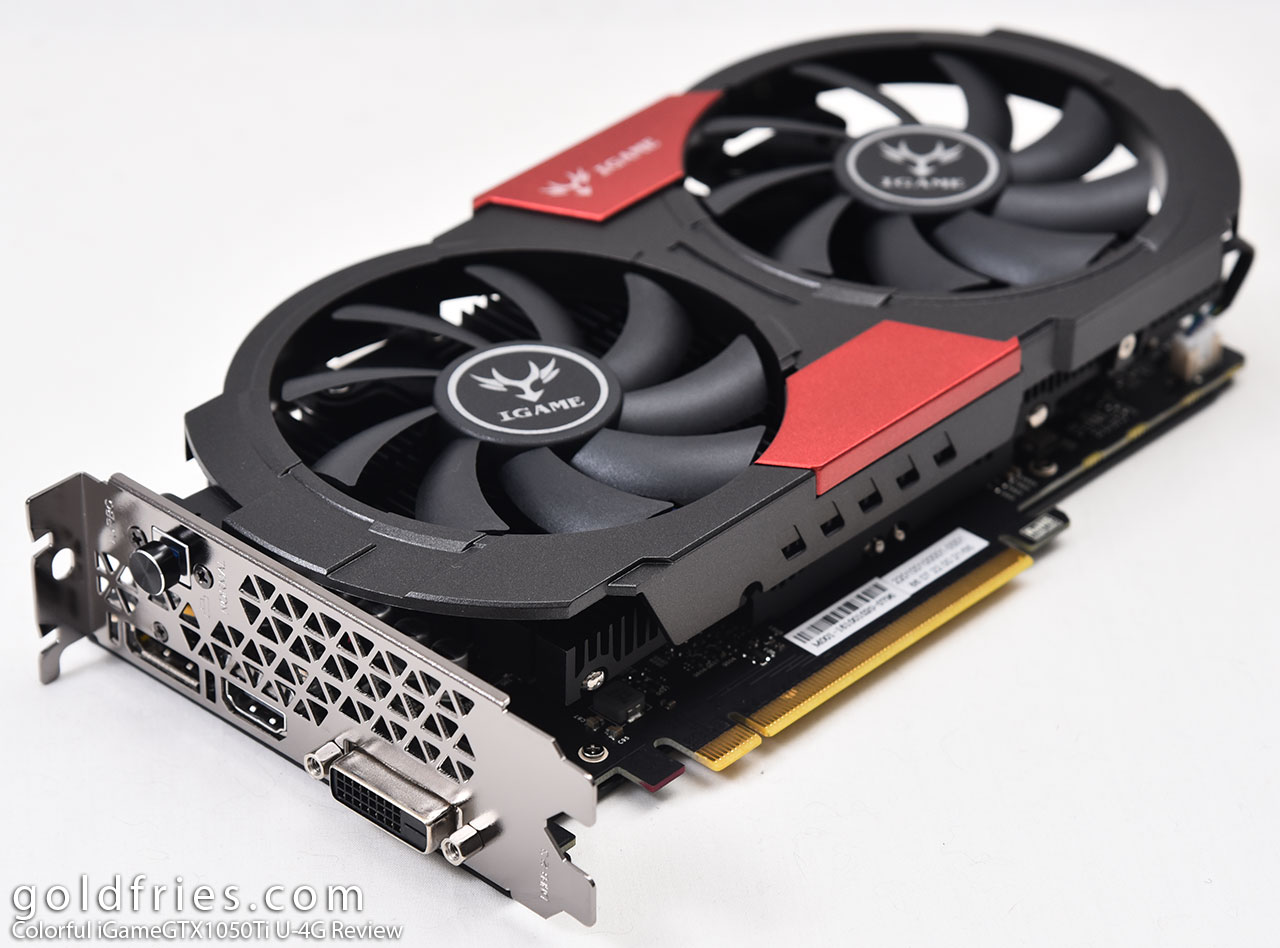 Well what do we have here? It’s the “One-key overclocking” button – yay! But here’s the thing, if you noticed the markings on the PCI-E bracket, it shows that the card is NORMAL state when pressed and OVERCLOCKED state when un-pressed, which is kind of awkward as for most brands with OCing features it’s PRESS to overclock, not the other way around. It’s like asking me to un-press the button to switch the air conditioning on. In any case, the card works just fine and I’m amazed by the results.

OK now I’m going to elaborate a bit, below is the specs table taken from the official product page. 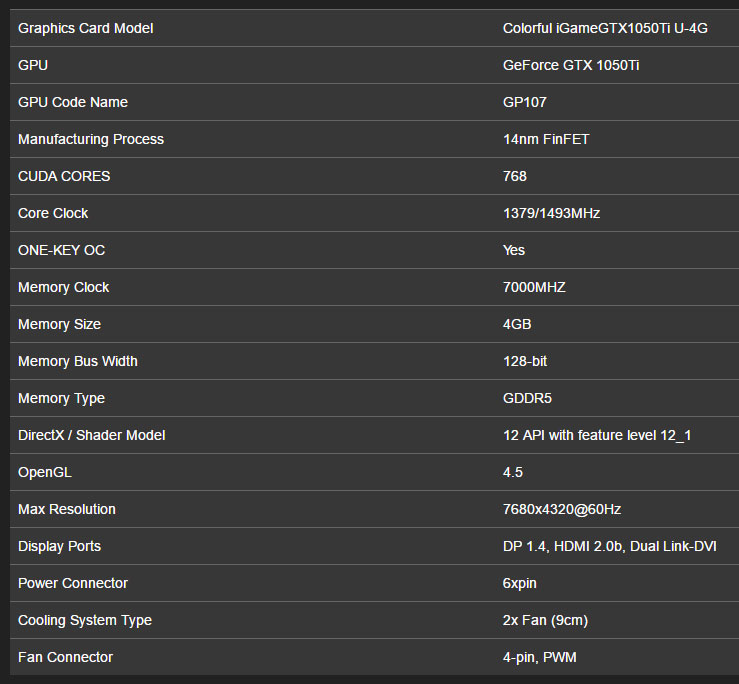 The specs above is not the ‘normal’ speed but the ‘overclocked’ speed. 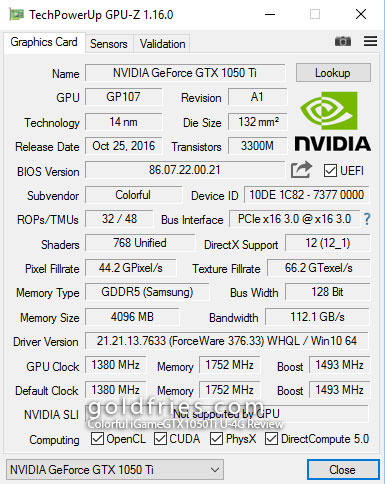 Once you pressed the button, the speed comes to the following. 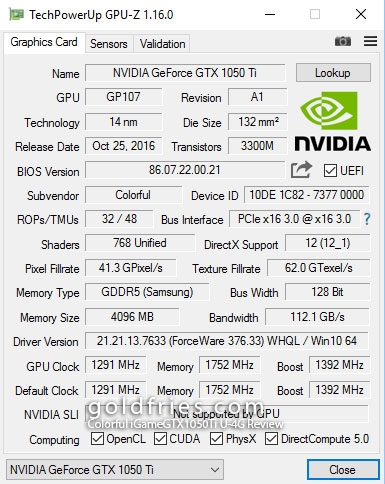 What I observed is that the button does not change the speed on the fly, you’ll have to reboot the machine to get it to switch speed.

As for manual overclocking, I tried pushing 100Mhz on top of the TURBO clock and the gains are barely a frame, the card wasn’t stable with additional 150Mhz overclock so it’s safe to say that the Colorful iGameGTX1050Ti U-4G is pretty much at its operating limit.

*I suspect the benchmark for the ASUS model was due to driver issue, it was tested quite some time ago.

Now as you can see, the NORMAL mode and TURBO mode does have a performance gap but the gap varies, in some cases it’s very little. It makes one wonder – what’s the point of having that button? There’s no reason to lower its speed ……. or is there?

The cooling system runs silent as the fan hovers at around 44% the spinning capacity to keep it cool and quiet.

From my observation, the card’s power draw whether TURBO or NORMAL mode is the same which is not surprising as the clock speed difference isn’t that great and even the temperature hovers around the same range.

The Colorful iGameGTX1050Ti U-4G retails at RM 839, it’s a beautiful card with great performance and runs very silent and it comes with 3-years warranty. The only thing Colorful needs to work on is the packaging.

As for the button? 😀 I’d rather have an additional HDMI port there, it serves no purpose. Running at the lower speed doesn’t make it run any much cooler or consume less power, even the performance isn’t that far off. I think that button would’ve been great if the purpose is to make the card run under 75W but it doesn’t seem to be the case.

Anyway it’s still a great card, out of the box runs 10%+ faster than competitor cards without costing 10% extra.