You might think that the Colorful GTX1050 OC-2GB is no where to be compared to the GTX1050 Ti model but don’t be fooled by this simple card. 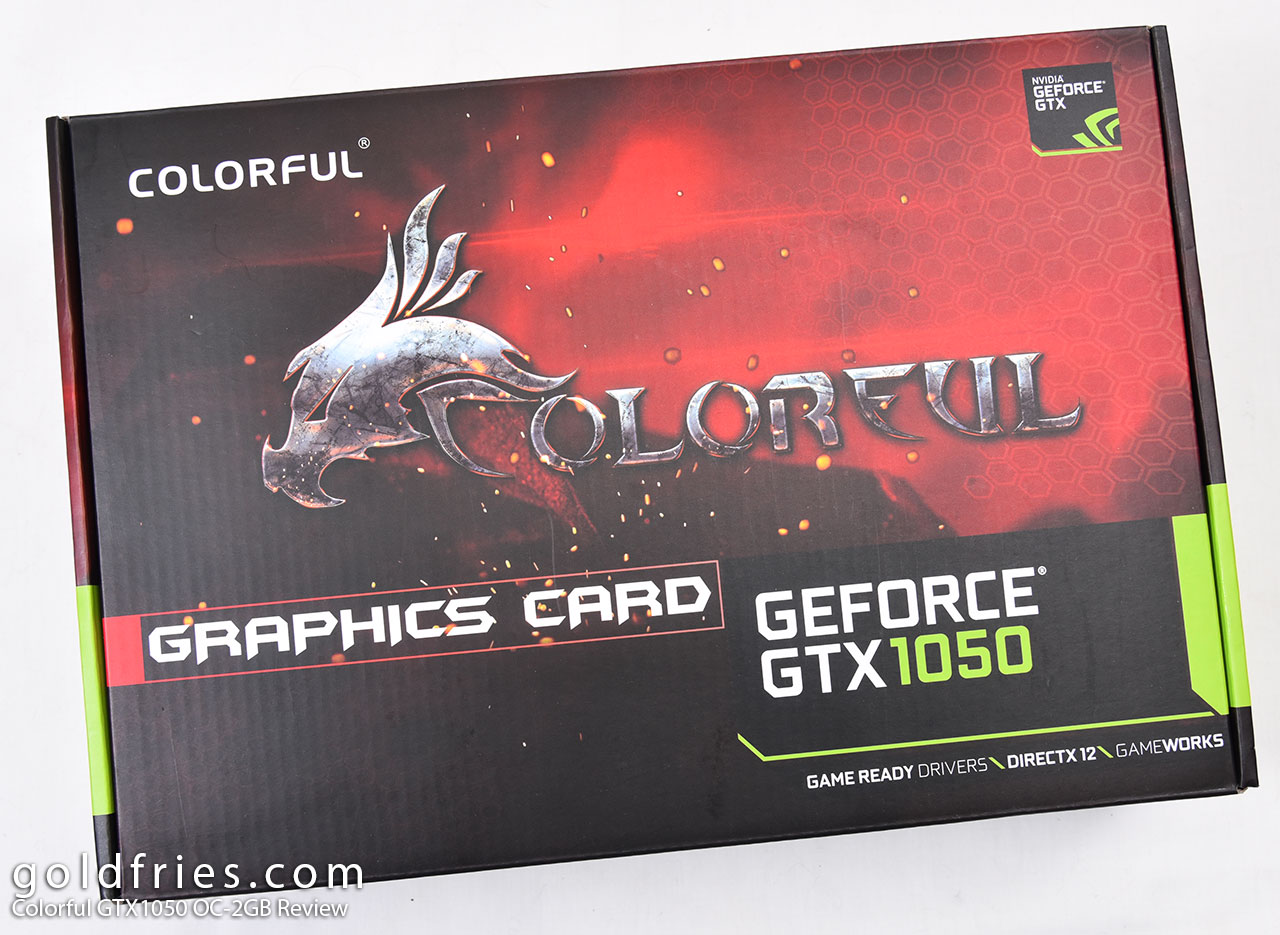 The card is of a no-frills 2-fan design, the shape might seem awfully familiar but we’ll just leave it at that. 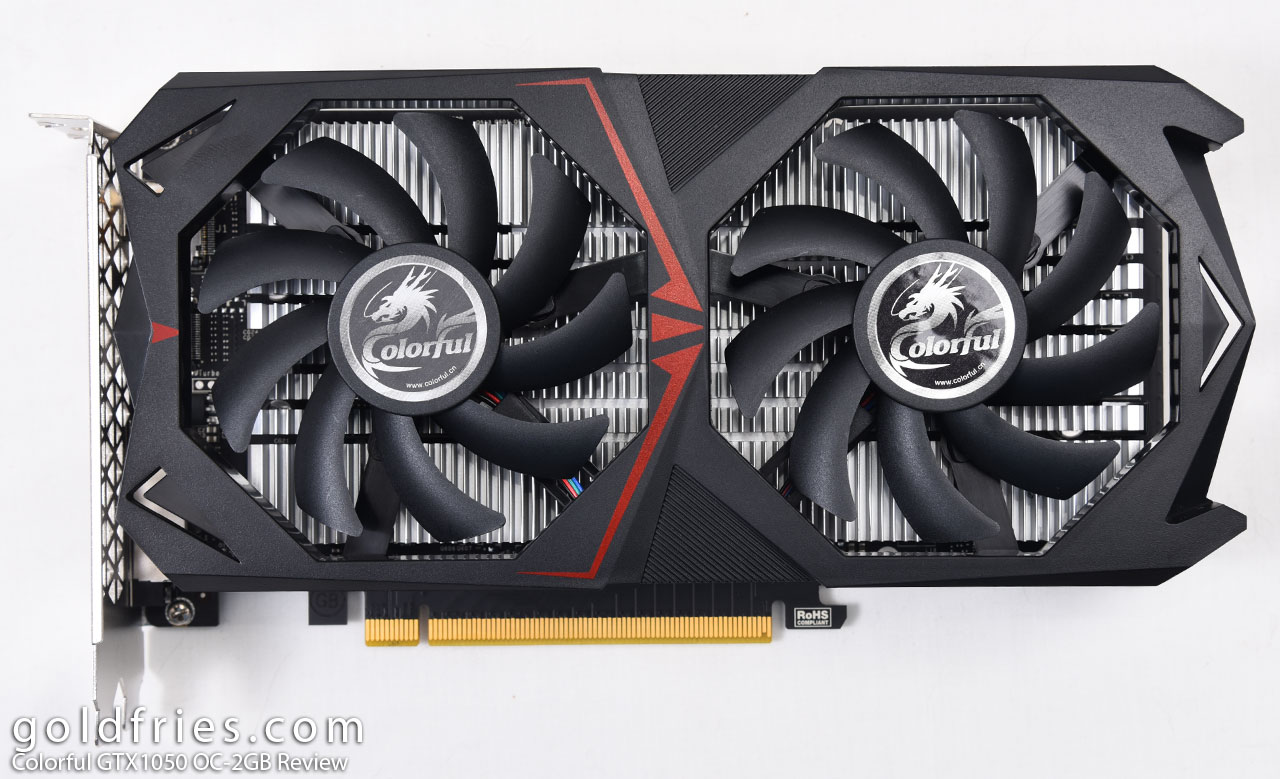 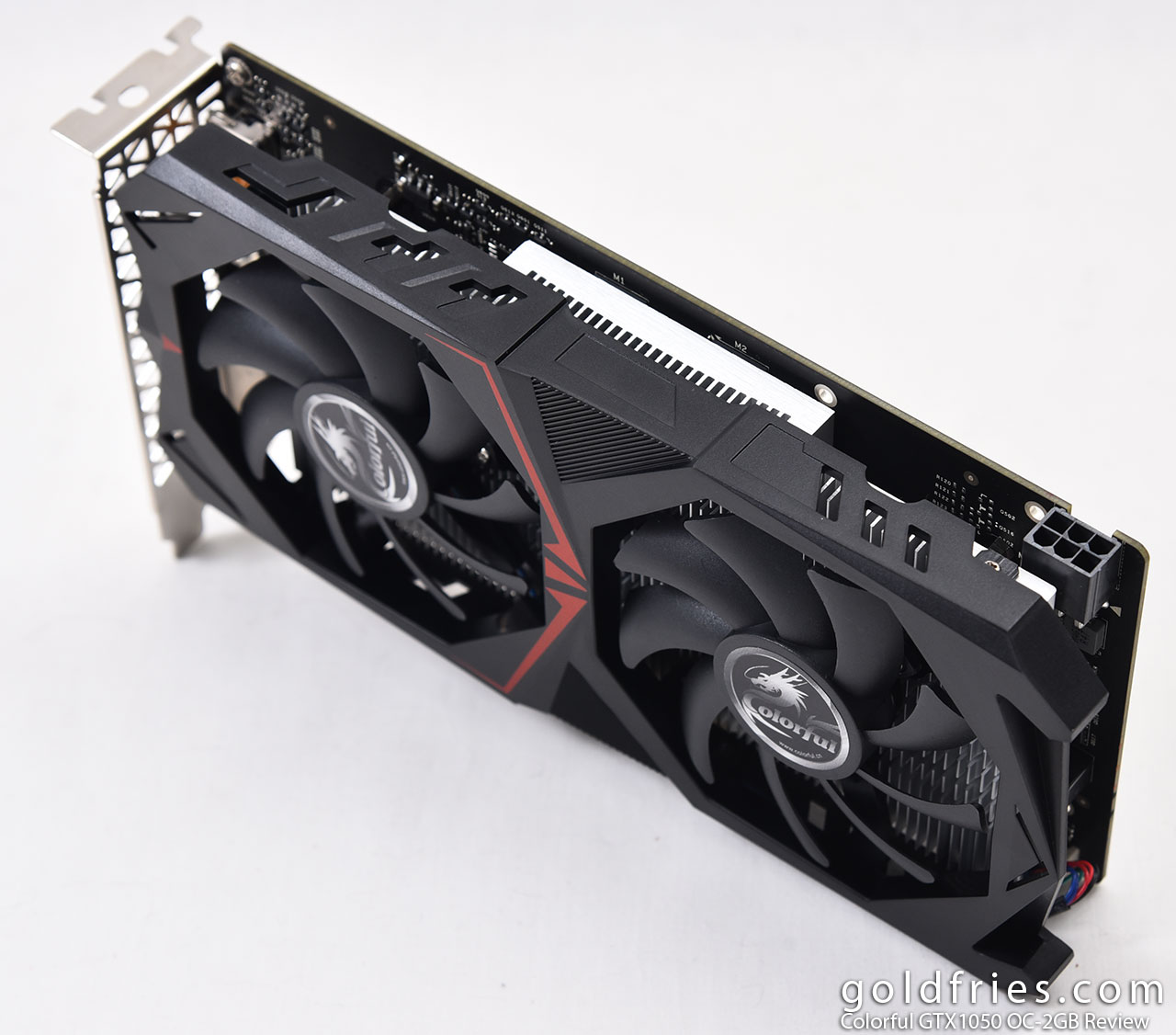 Lastly the output ports for the card are DisplayPort, HDMI and DVI. As you can see also the card is without a backplate. 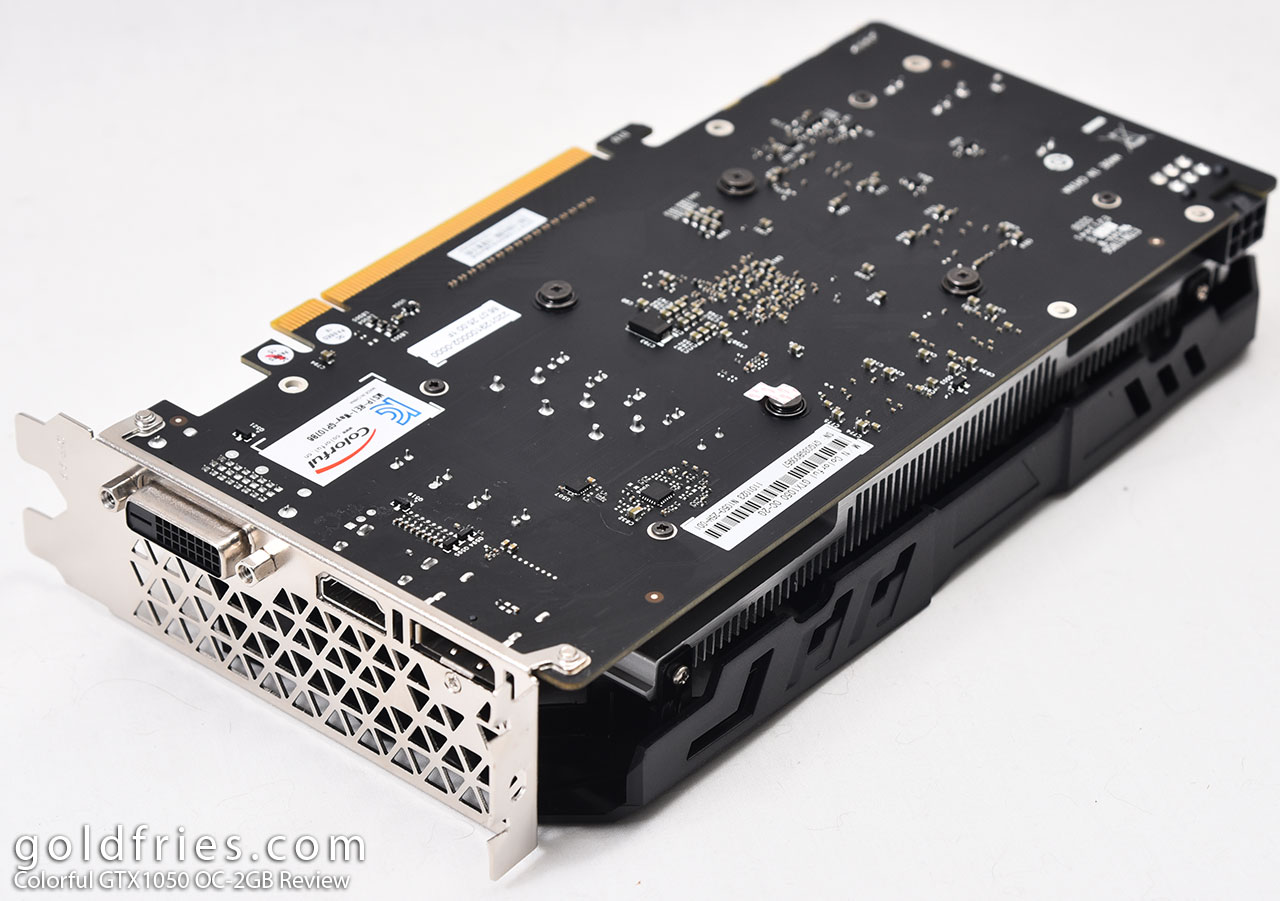 There’s no product page for this card, I can’t find it at all so here is the GPU-Z of the card. Now here’s the thing about this card – it’s a GTX 1050 that requires a PCI-E connection and from the stock benchmark, it’s unattractive and the PCI-E power connector doesn’t do justice ………. or at least, it seems that way until you overclock it.

The card took a 200Mhz boost on my overclocking attempt and passed most of the test! 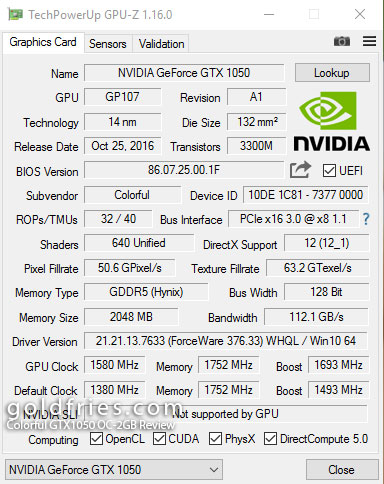 What’s even more amazing is that it comes really close to the GTX 1050 Ti model!

*I suspect the benchmark for the ASUS model was due to driver issue, it was tested quite some time ago.

*OK so it passed this one but with adverse result.

Now as you can see, the NORMAL mode and TURBO mode does have a performance gap but the gap varies, in some cases it’s very little. It makes one wonder – what’s the point of having that button? There’s no reason to lower its speed ……. or is there?

The cooling system runs silent as the fan hovers at around 44% the spinning capacity to keep it cool and quiet.

So the power draw is same as the GTX 1050 Ti model but what it does is that with that power draw it is capable of achieving greater performance with some overclocking done. What you get is GTX 1050 Ti performance level at GTX 1050 price tag of being under RM 700!

The Colorful GTX1050 OC-2GB retails at RM 629, it’s not exactly a great looking card but it sure performs really well and it comes with 3-years warranty. Look at it, an RM 629 graphics card that performs very close to the RM 839 counter part which is the GTX 1050 Ti model. Basically you’re paying 25% less and get around 90% the performance of the other card.

Of course the performance is subjective, on games that occupy more VRAM you will see this 2GB baby losing out but games that don’t push that much RAM you could even get it going really well.