Gaming’s all abuzz these days, especially with the competitive gaming scene with huge rewards like The International among many other competition around the globe. With that direction BenQ is proud to have the XL2430T Gaming Monitor with as many gaming-related features as one can pack. 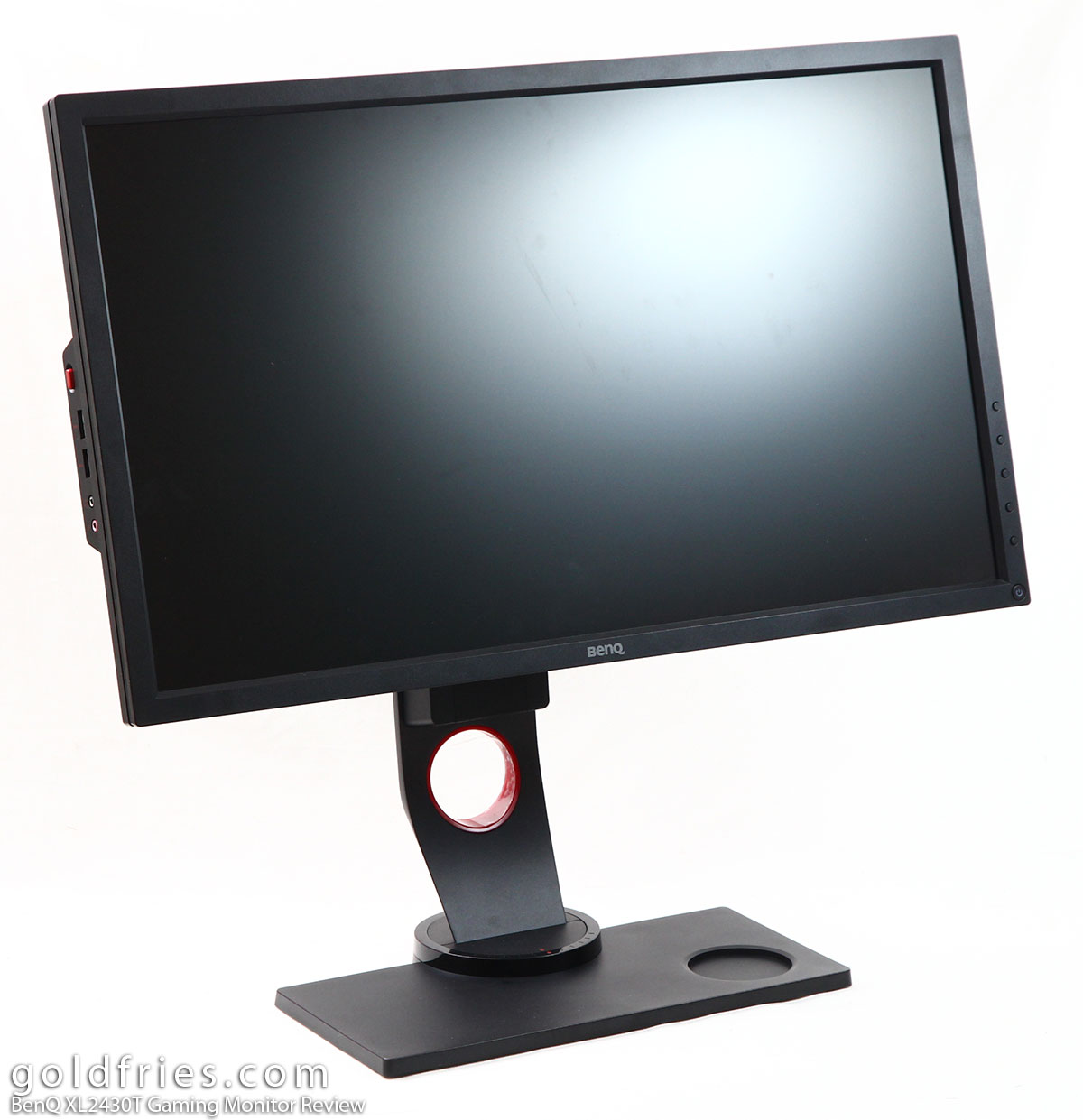 Before we begin this rather lengthy journey, have a look at this specification detail as taken from the official product page. The features are listed there too.

Starting off the review, let’s look at the packaging – interestingly it comes with the stand, the power cable, DVI-DL cable, USB 3.0 cable, S Switch Arc controller and dust cover. I’m disappointed that BenQ included DVI cable instead of HDMI cables. Seriously man, this is 2015 and HDMI and DisplayPort are the way forward, graphics card doesn’t even have DVI connection already and I think BenQ should really move forward with that. 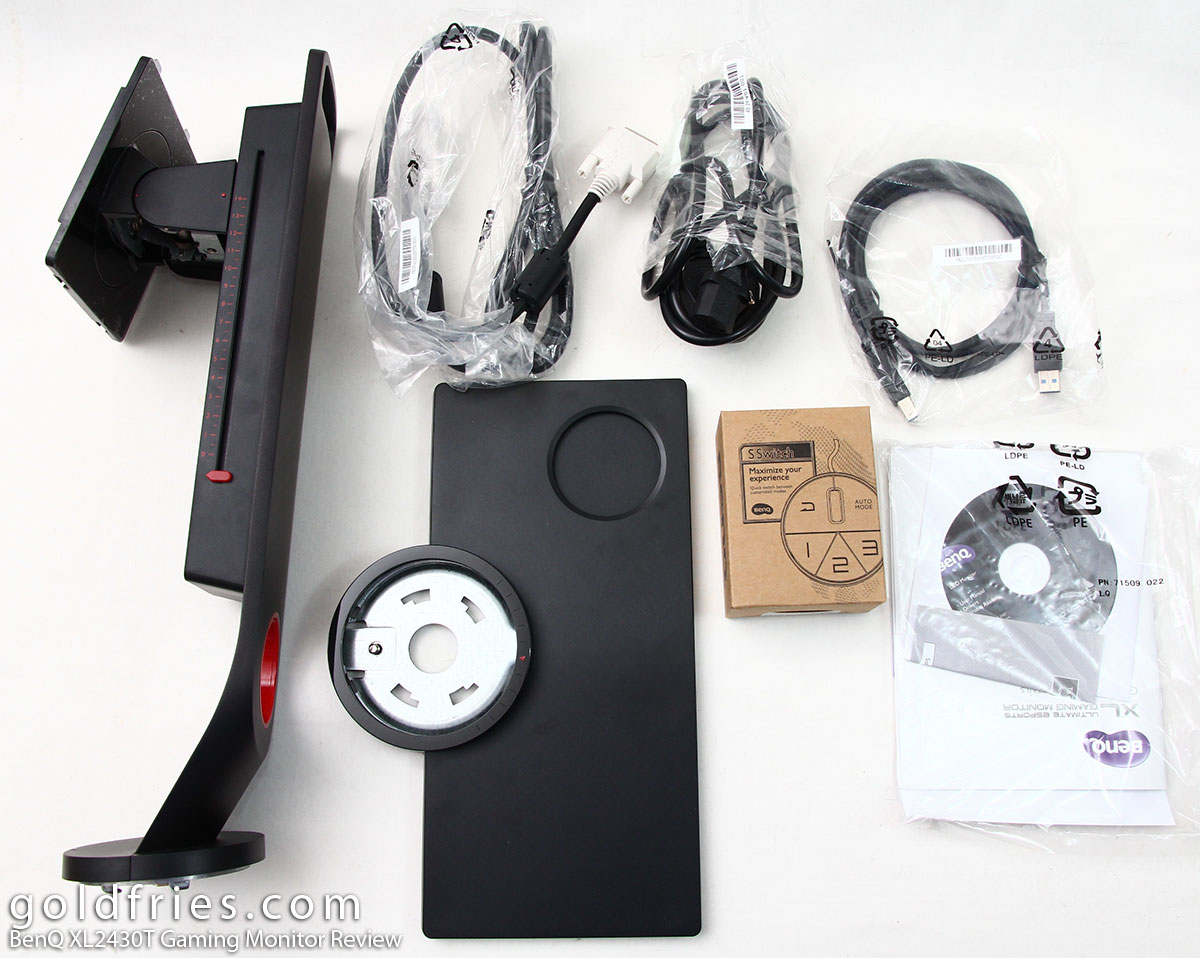 Package aside, let me start by introducing the S Switch Arc controller. The rounded controller is a great way to access your monitor’s settings and profiles without having to reach out to the display panel. Just don’t mistaken it as your mouse! I wonder if you noticed that the base of the XL2430T comes with a circular depression, sort of like a cup holder, that’s where you place the S Switch Arc controller. 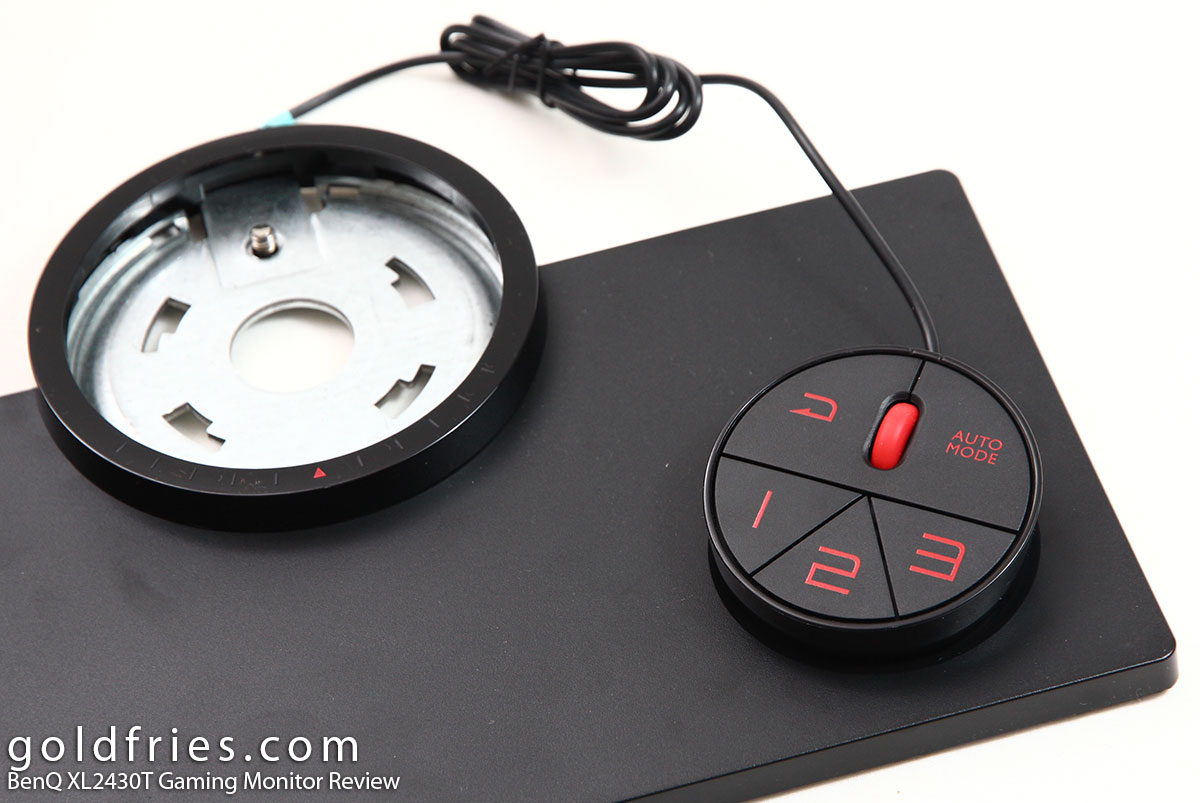 Here’s a better view of the base. Notice that circular depression at the corner? Yes, that’s the one I am talking about. Connecting the stand to the base is a breeze and what I like is that the stand comes with a huge opening which I think is great when it comes to cable management. What’s not in the picture is the handle at the top of the stand, allowing easy transport of the monitor. Another neat feature of the XL2430T is that it has an indicator for you to NOTE your favorite position for the monitor. No more guessing or adjust by estimation, you get EXACTLY the arrangement you liked and the indicator is not just for the display panel’s height adjustment but it’s also for the tilt and angle. 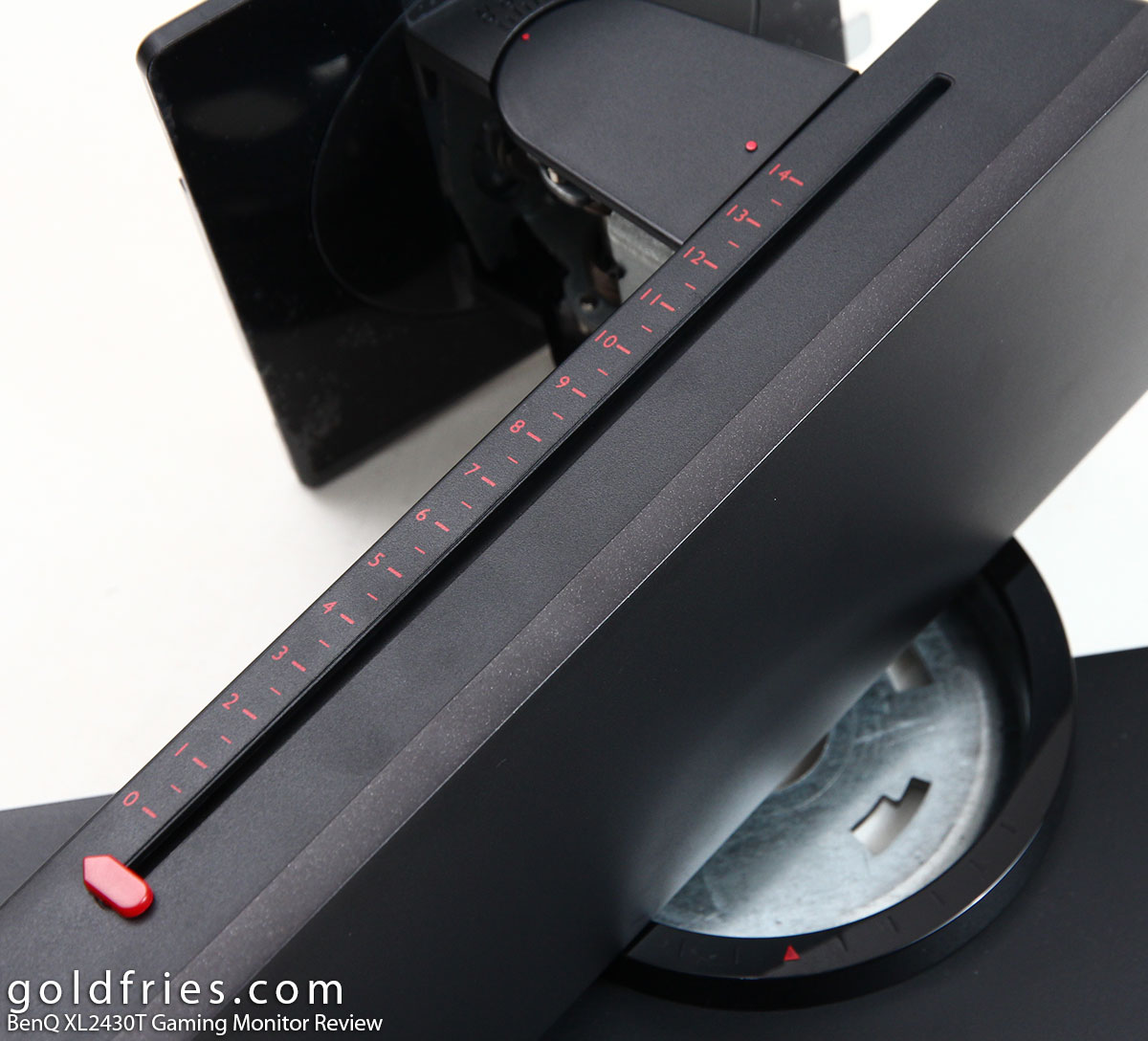 As for the angle, the indicator is on the base. Overall I’d say that the base is very well thought of and probably the best I’ve seen so far. I absolutely hate flimsy monitors as I’ve used quite a few where the monitor wobbles like jelly once you fiddle with the buttons but this is not the case as the XL2430T is rock solid in its footing. 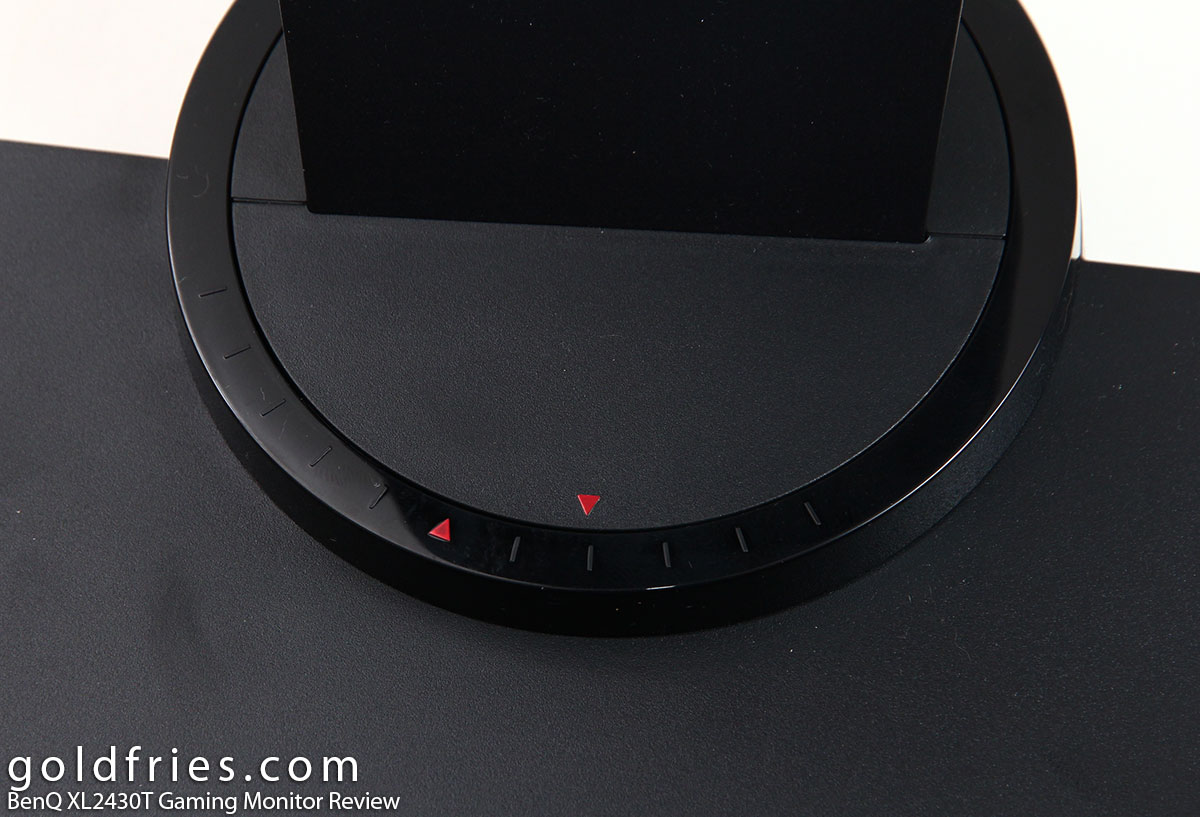 Speaking of fiddling with buttons, the BenQ XL2430T comes with non-touch type buttons that are placed at the side. They’re black color and with no form of indication so you might not see them in the dark but that’s alright. I’m good as long as the buttons are easily accessed and they’re not distracting, they shouldn’t be distracting. The menu layout is good and you’ll get to see that in the next part of the article. 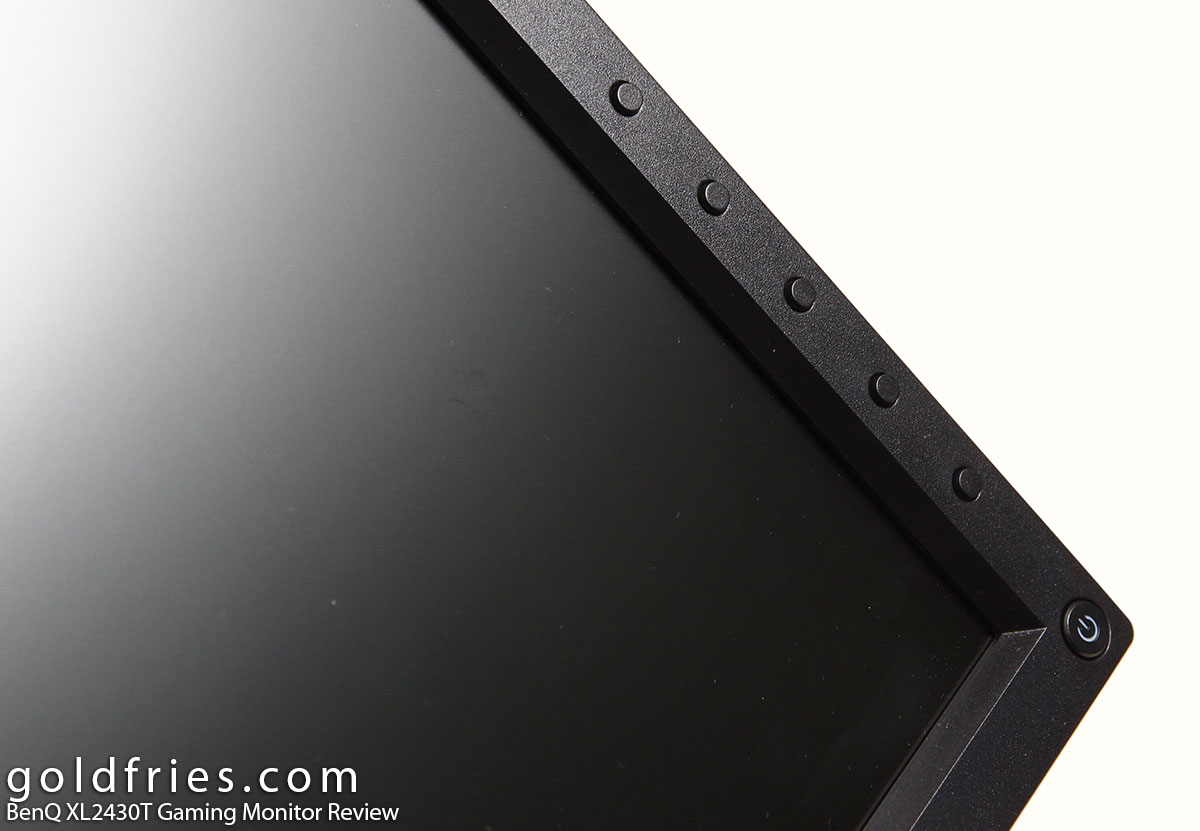