Following the release of the impressive BenQ F5 is the BenQ B502 that is aimed at the cost conscious user. 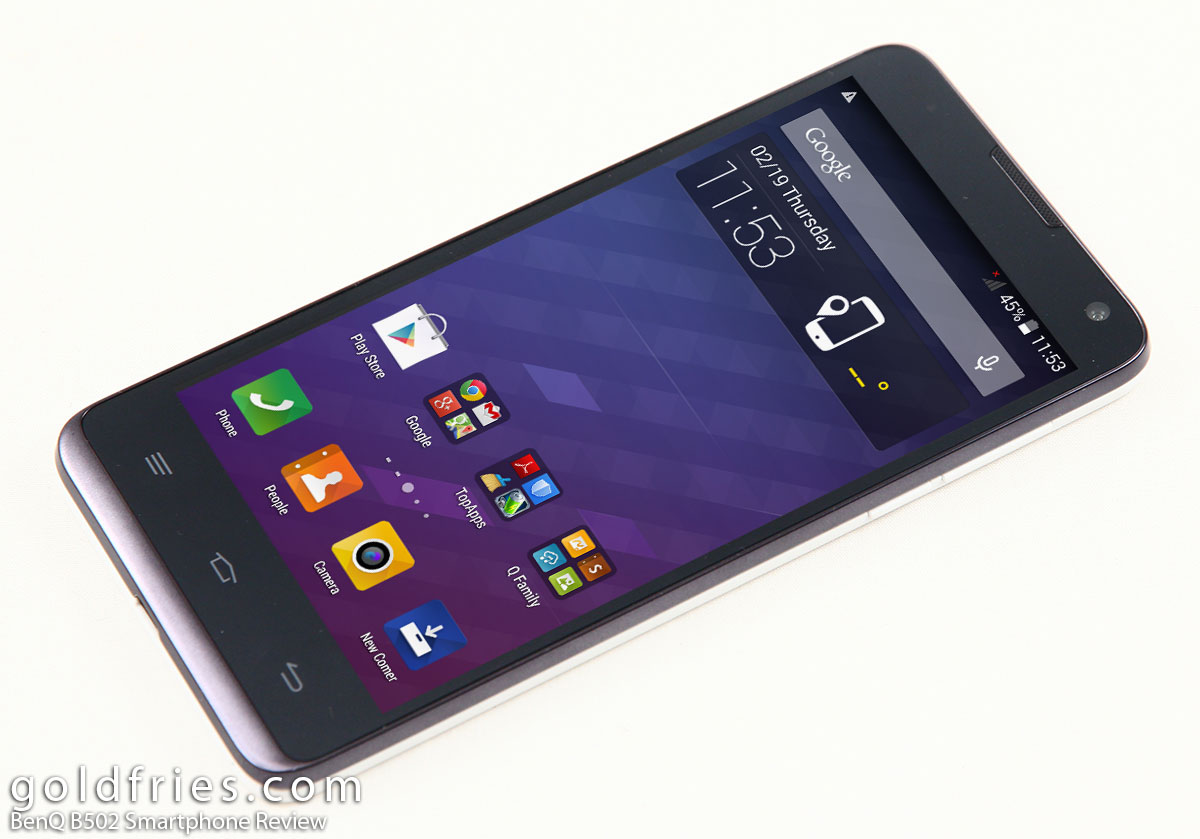 Without further ado, let me present to you the specs from the official product page. In case the image doesn’t load, the B502 is a smartphone with 5″ IPS LCD display, powered by Mediatek’s MT6582 quad-core 1.3Ghz processor and powered by Android KitKat 4.4.2. It has a 13MP camera with LED and a 5MP front camera, 2GB RAM, 16GB storage with MicroSD expandable up to 32GB. It weights 125 grams, 7mm thick and has a 1800mAh non-removable battery. 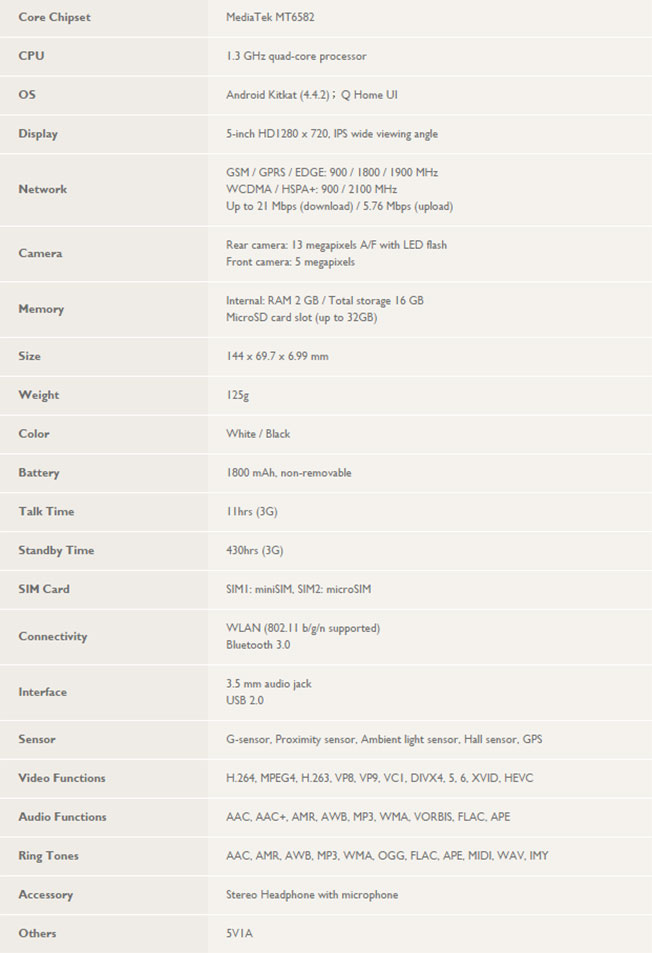 The sleek-looking phone comes with removable bezel at the back. 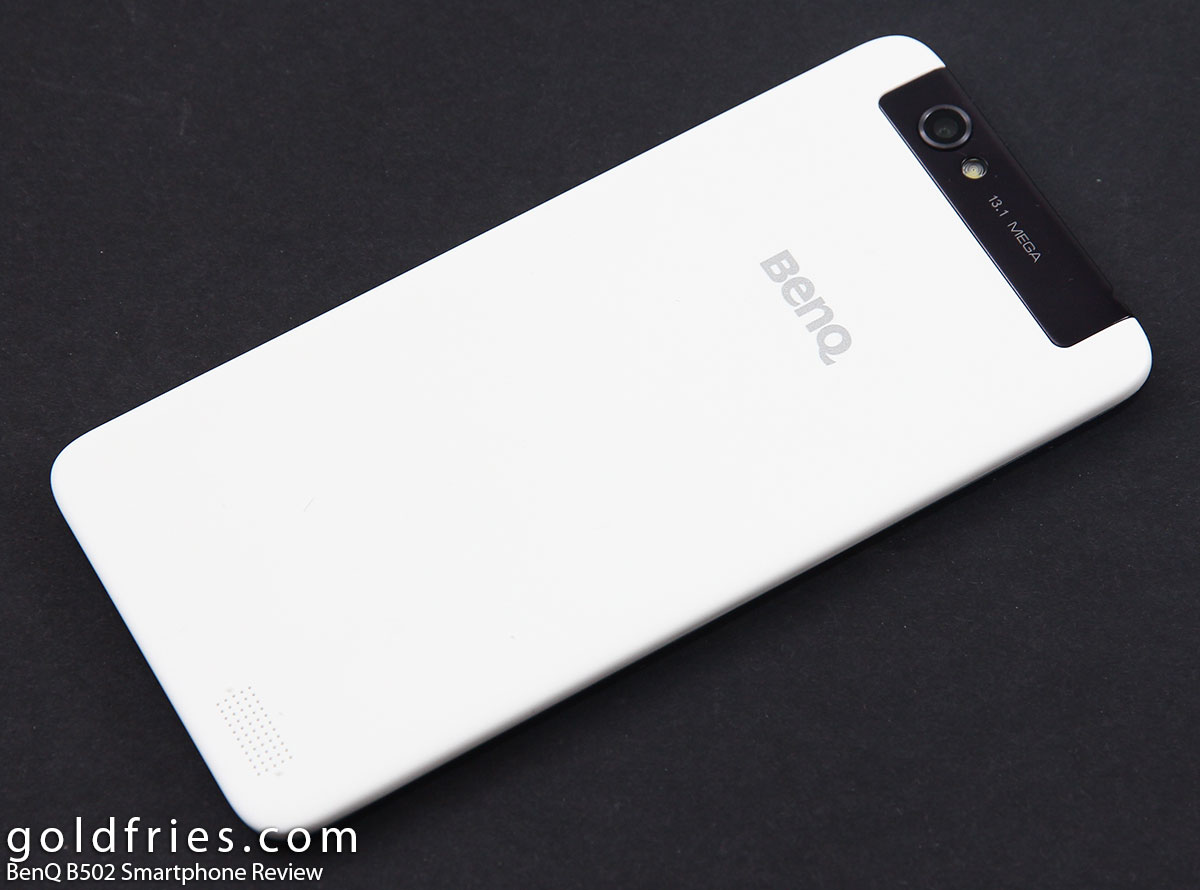 Here’s the camera and the control buttons. 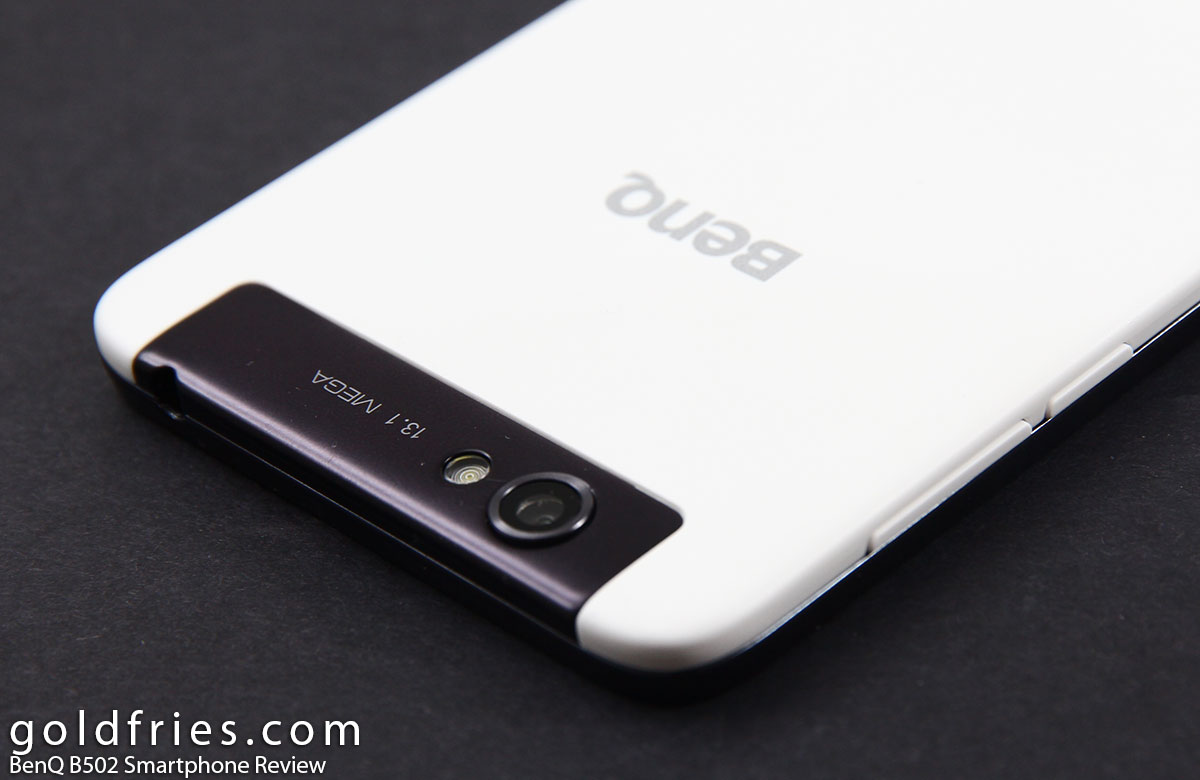 At the bottom is the MicroUSB charging port and the speaker output at the back. Here’s the view of the phone with the bezel removed. 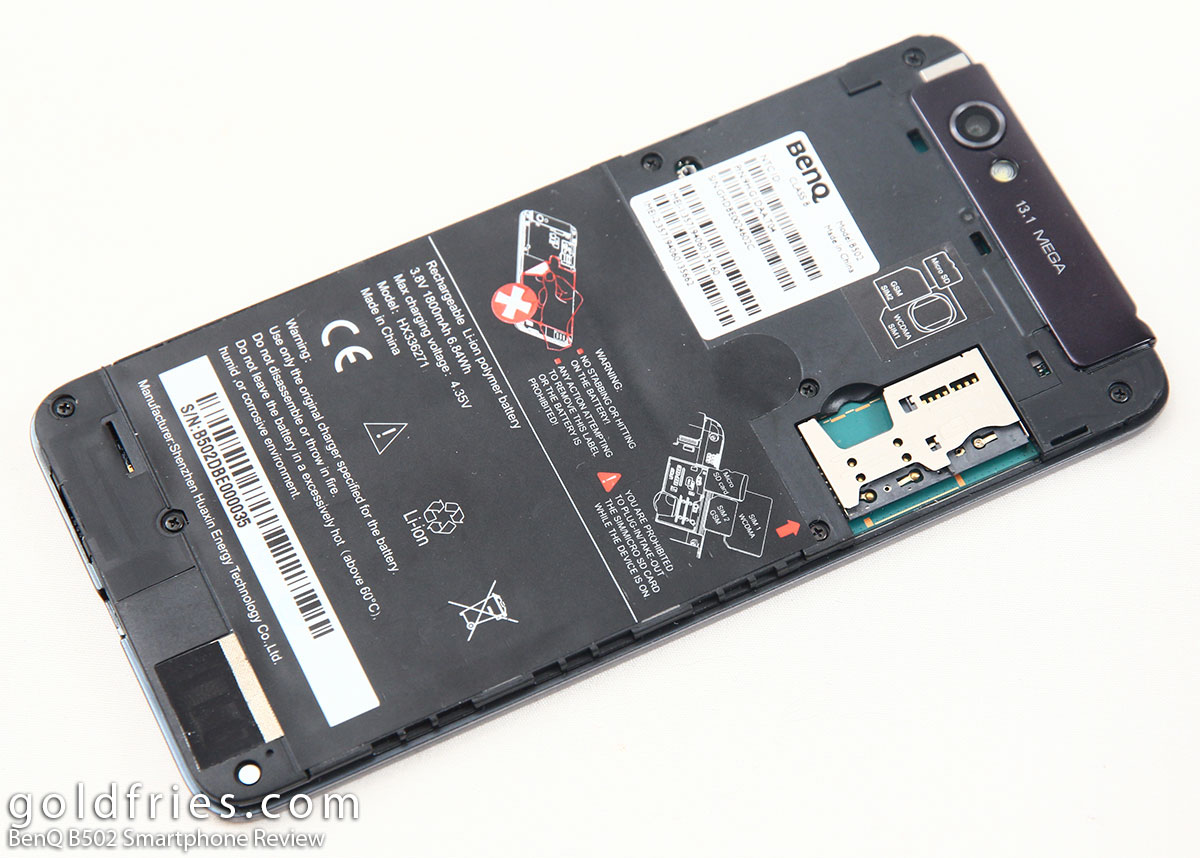 Interestingly the SIM card is slot in from the side instead of the usual direction. 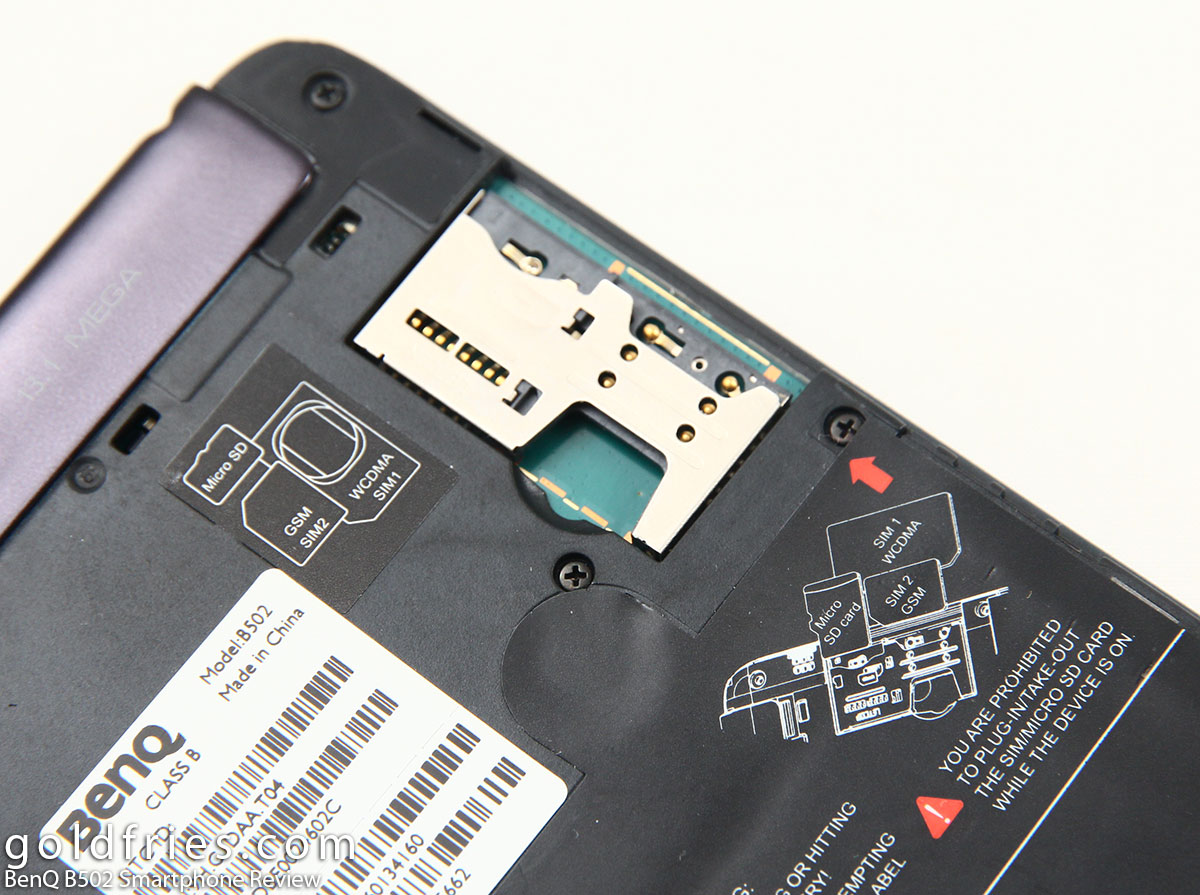 Starting off with the display, it’s crisp and clear and being of an IPS panel the color is supposedly to be more accurate than non-IPS panel smartphones. The B502 is thin and comfortable to hold and slips comfortably into your pocket, handbag or whatever place you intend to keep in. What I didn’t quite like was the surface of the screen of which I find the experience less smooth compared to the many other devices I held, even playing Bejeweled Blitz leads to quite a bit of mis-taps. *Is there such a word for tapping not going as intended?”

The phone comes with BenQ’s own interface and launcher, of which scrolling the pages shows some special panel movement. Those of you who are familiar with launchers on Android OS would have seen this movement before. I didn’t like that they went for the App Drawerless-design. The App Drawer is the thing I like about Android, without the Android I felt like I’m using iOS of which I detest the lack of app drawer and countless folders that I don’t wish to have. Audio quality of the phone is decent, ringtone is sufficiently loud and I’ve no complains when it comes to voice calls either. Gaming wise, the phone handled the game Asphalt 8 fine though a little sluggish. Don’t expect it to perform as good as other phones in this department, here are the details for 3DMark and Antutu tests. 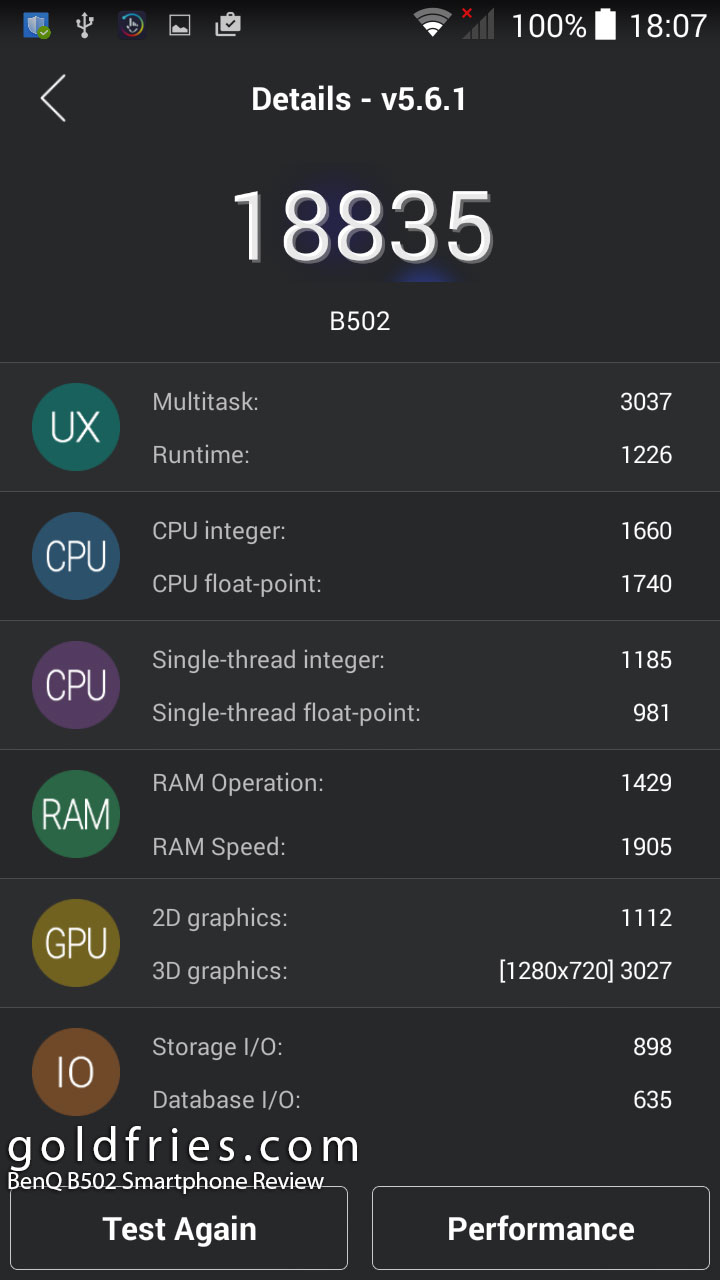 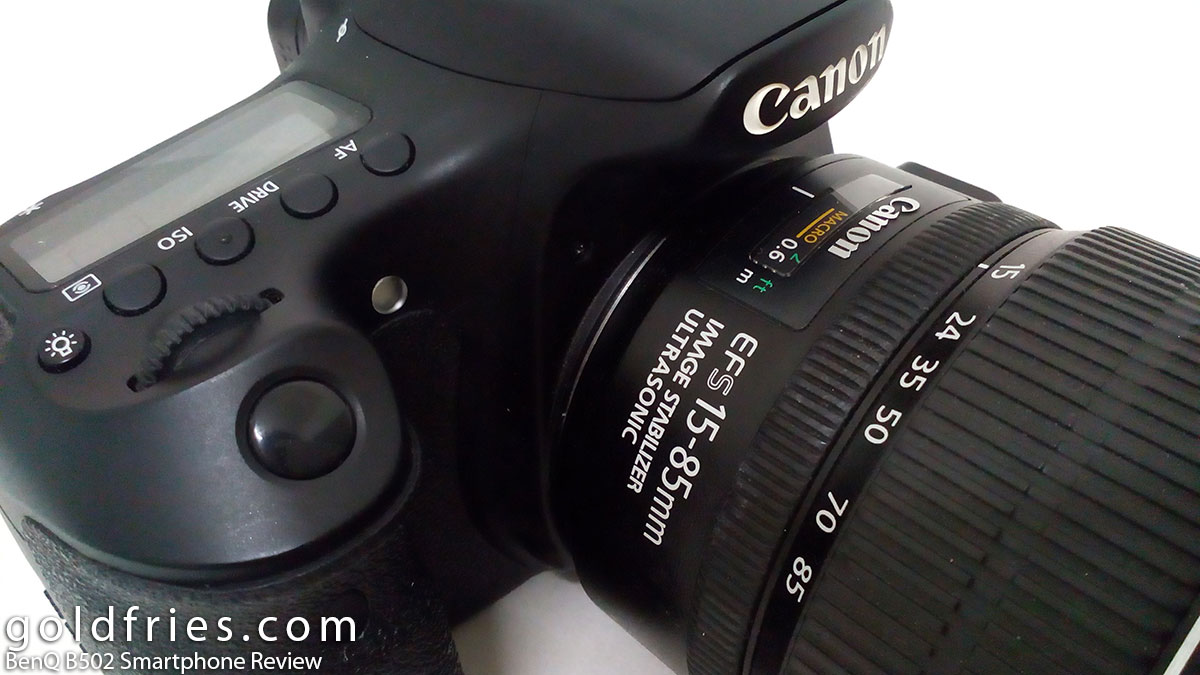 Here’s the 100% crop from the image above, that’s good enough for me. 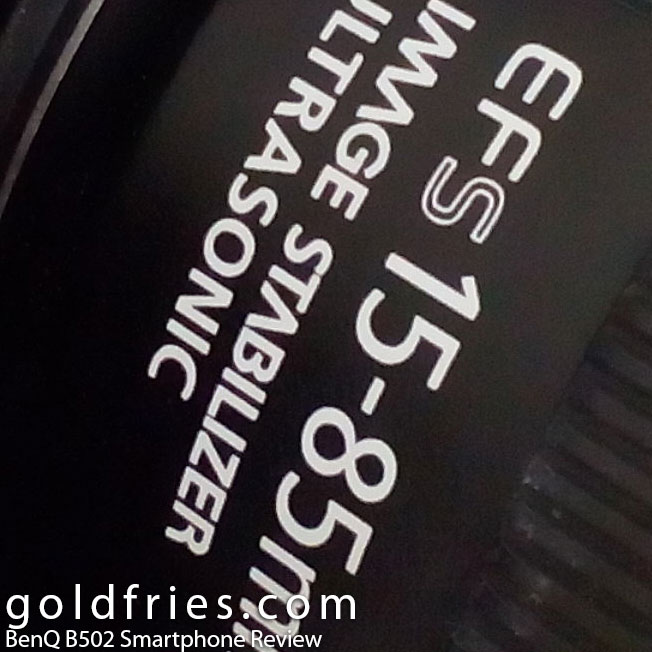 As for the battery life, the phone comes with a 1800mAh battery. It’s not one with high capacity but it’s surely good enough to last you through the day unless you’re a heavy user, of which no other phone out there could possibly satisfy you anyway. 10 games of Bejeweled Blitz draws about 11% of the battery life.

The BenQ B502 retails at RM 499, not bad considering you get an IPS screen, decent processing power, battery life and imaging capability. I think the best part about this phone is how slim it is. The build feels quite premium too.

The BenQ B502 isn’t on the market yet but will be available for Pre-Order on Superbuy from 9 to 22 March.