A 7.1 channel headset with 7 color effects at under RM 200? It sounds too good to be true. 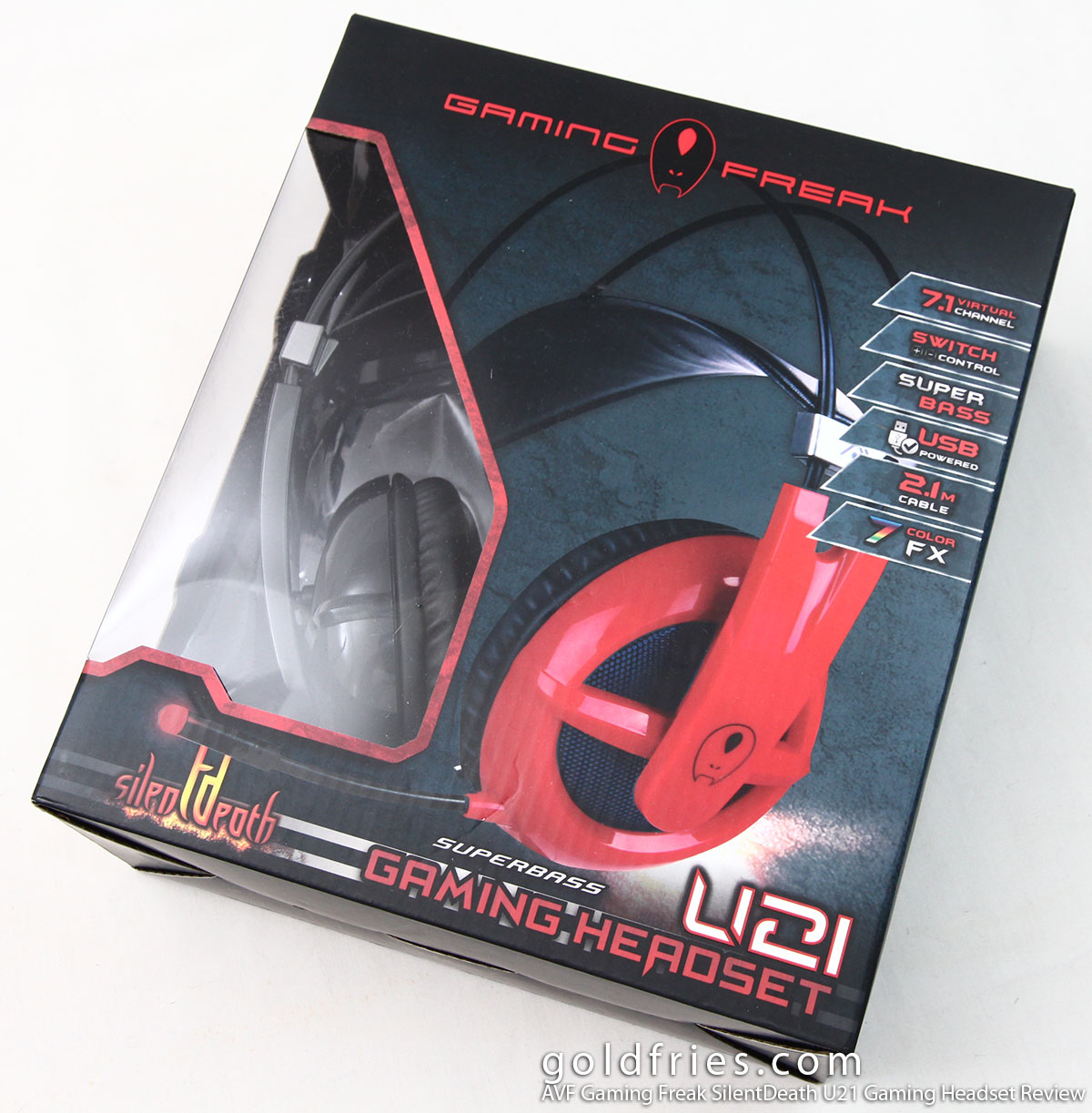 The U21 is as simple as it looks – 2 thick frame holding the barely movable earpieces and a headband with barely any cushion, with a flexible mic that often gets in the way. 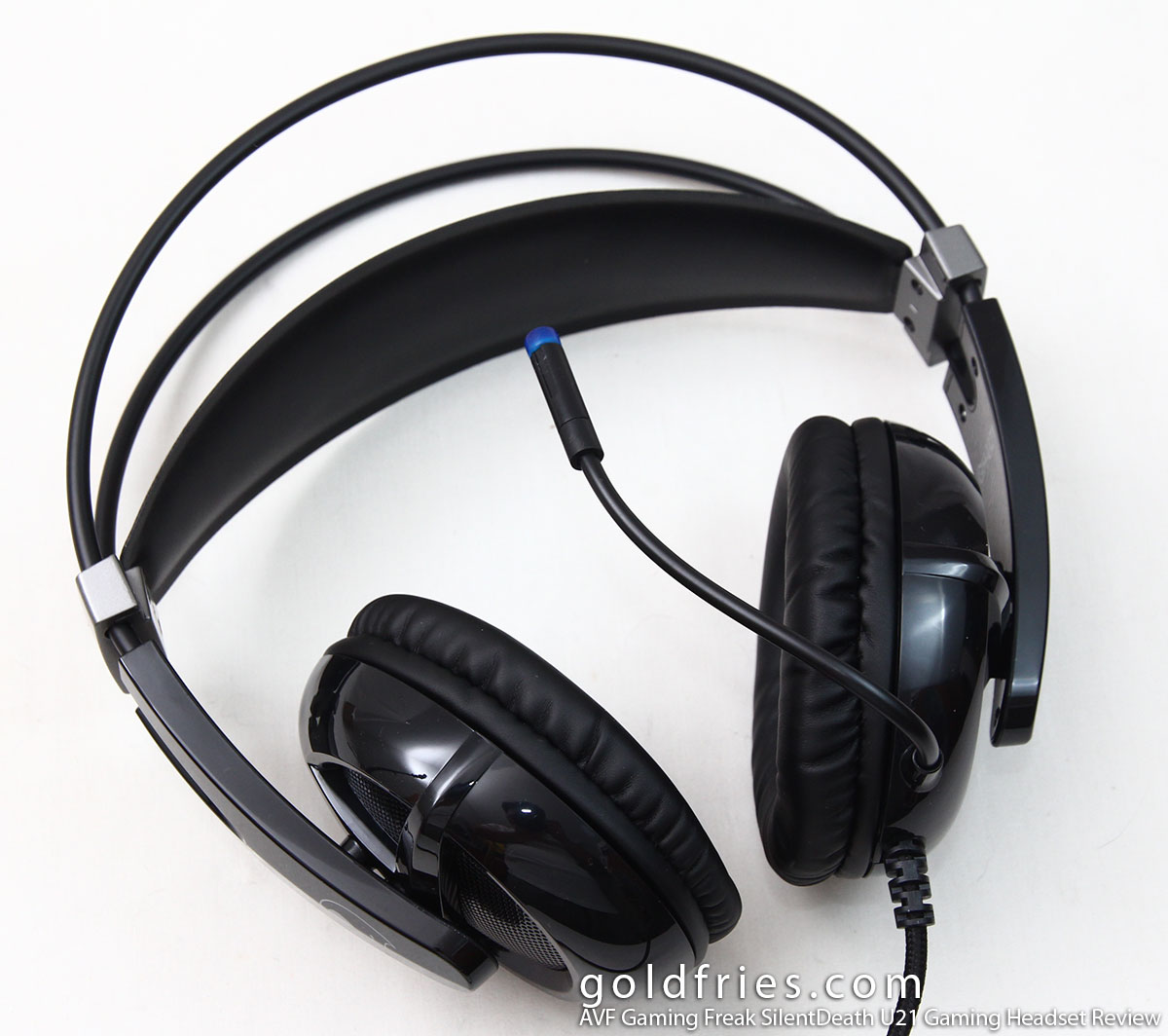 The build quality is sub-average, with glossy plastic used for not only the ear piece but also the controller. As a product the AVF Gaming Freak the overall presentation is rather poor. Let’s start with drivers, I’m the type that doesn’t use CD drivers for 2 basic reasons

1. CD drivers are almost always outdated, they often require you to update upon installation. These drivers CDs are mass produced and shipped along with the products.

2. Optical drives are rarely used these days, only my HTPC and PlayStation 4 has a drive and that’s only because they are build to read Blu-Ray discs.

Fortunately I have an external DVD-Drive so at least I still get to use the drivers.

The user interface for the software is pretty decent, far from being the best but you get to configure the audio output in surprisingly quite many ways. 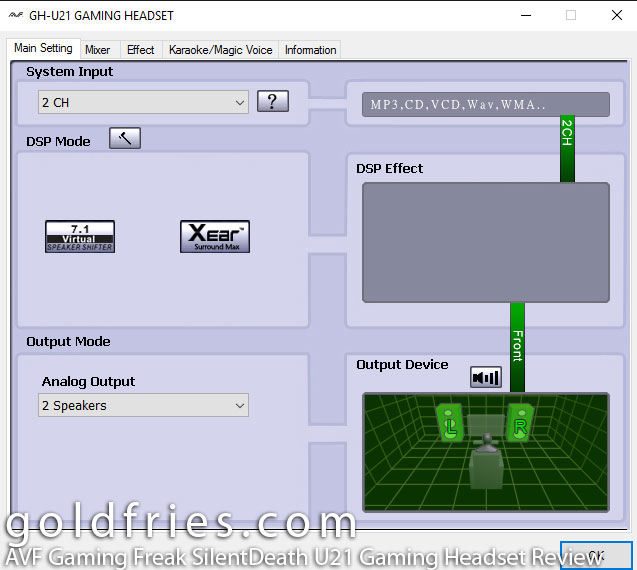 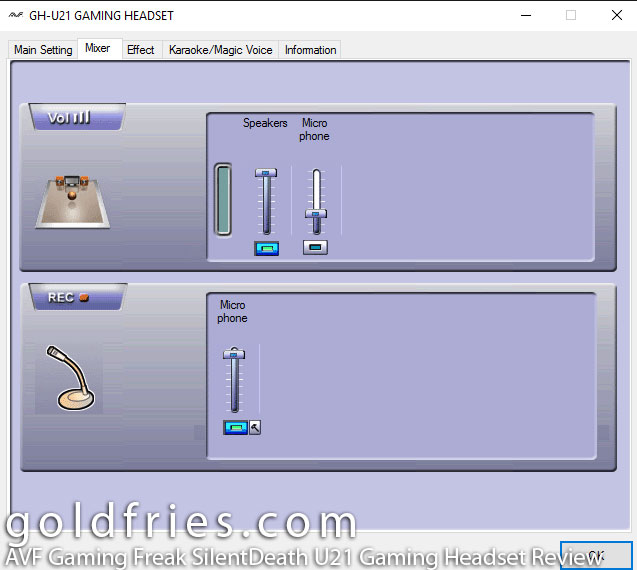 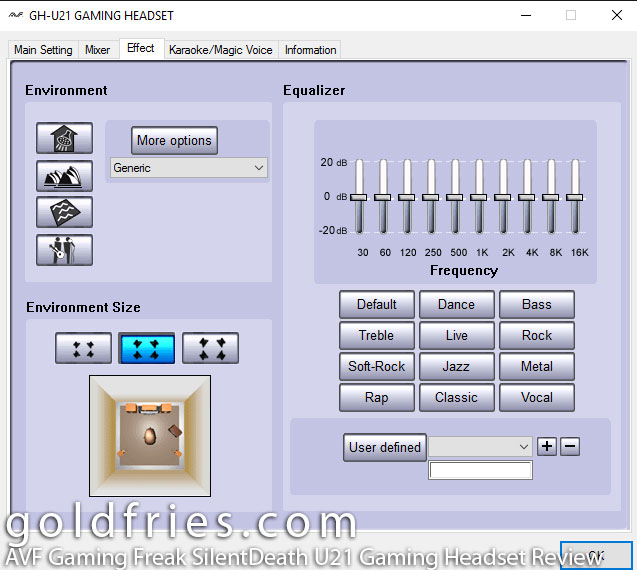 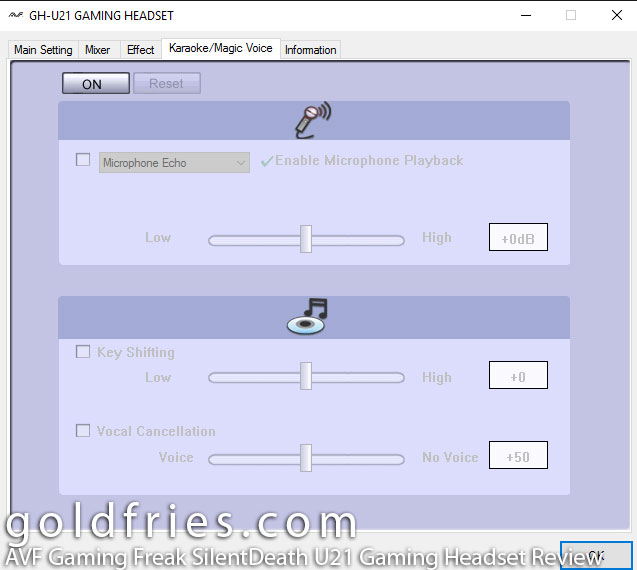 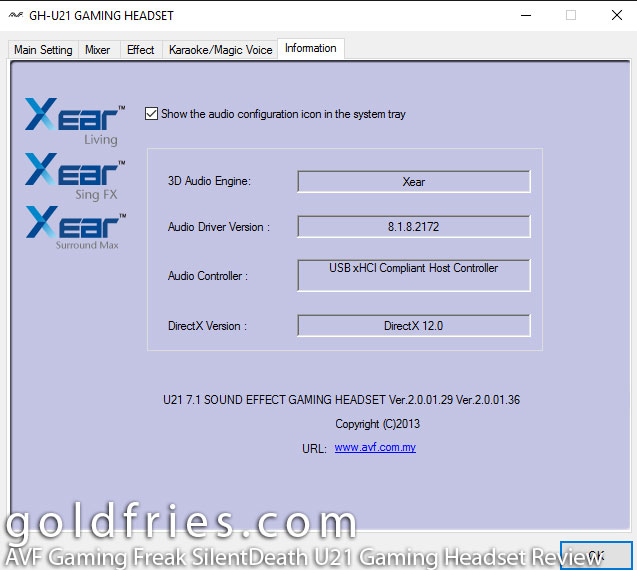 The problem with the UI is that it doesn’t exactly explain what those feature are, not that it matters, I enabled everything and gave it a go in Metro Last Light and my conclusion is that the headset works great on Stereo but for 7.1 surround sound it’s barely passable. It’s no where near the quality of high-end surround gaming headsets.

One thing to note is that you should leave the channel input to 2 CH, I tried settings like 8 and the game crashes. That’s why it’s good if they could have a description on what are those settings about.

As for the 7-color FX thing that’s highlighting on the box – what is does is that it cycles through 7 colors of LED and that’s it, there’s no way for you to choose a color you like and there’s no such thing as breathing effect or what not. It’s just a movement of colors, and it can be disabled via the controller.

The funny thing about the colors on the headset is that it doesn’t sync so you’ll see 2 totally different colors and that makes it quite uncomfortable for the OCD in us. 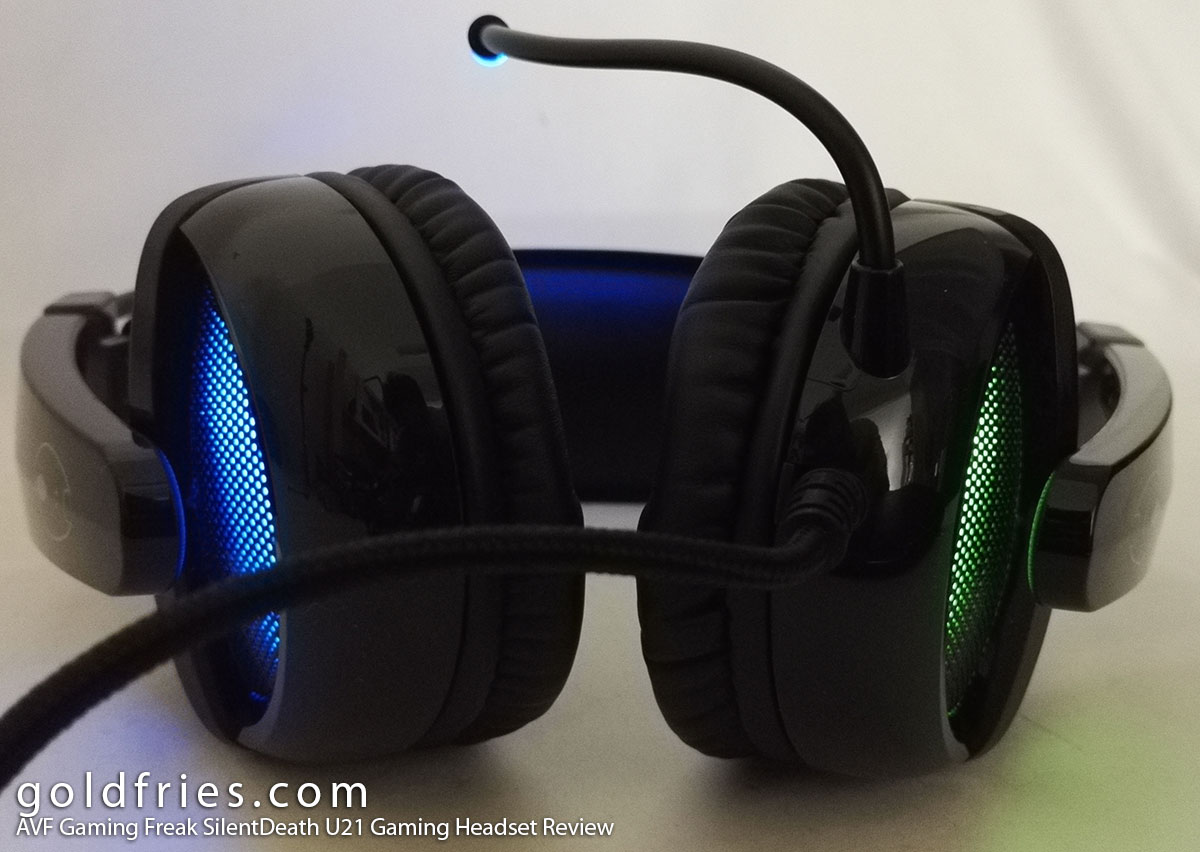 Audio quality wise it is bassy as the box claims but this comes at a sacrifice of mid tones and treble. Sure, you can tweak all you want on software but that makes it a little better but it won’t salvage the situation. There is treble but it’s not satisfactory and vocals seems muddled, the mid tones are barely there too.

As for the build, the U21 is surprisingly comfortable on the head but the lack of padding on the ear piece makes it uncomfortable as your ears scrape the mesh that covers the speaker while not being able to cancel noise properly.

Lastly – the greatest annoyance would be the microphone, it has a blue tip that can’t be disabled and being a bendable type it hangs around regardless how you bend it. I even resorted to bending it all over to the earpiece and even so I could see it through the corner of my eye.

One last thing – the headset relies on USB connection so there’s no way you are able to connect it to other devices that uses 3.5mm audio jacks.

AVF Gaming Freak SilentDeath U21 Gaming Headset retails at RM 179, rather pricey for a product with so many flaws. If you are willing to overlook all the flaws like lack of padding, dangling microphone, poorly made 7-color FX LED and miserable treble in favor of bassy sound and barely passable 7.1 audio then go ahead, there are better headsets out there of similar price range.