Catering the small form factor market, the ASUS Z87I-PRO packs all (almost) the goodness of full sized board into a compact Mini-ITX unit. The first thing anyone, and I mean ANYONE will notice is the Vertical 12+2 DIGI+ VRM. It’s something uncommon on boards as ATX / M-ATX boards often have enough placement for such components but what ASUS did here is to put them vertical instead of cramming them up on the board’s real-estate. 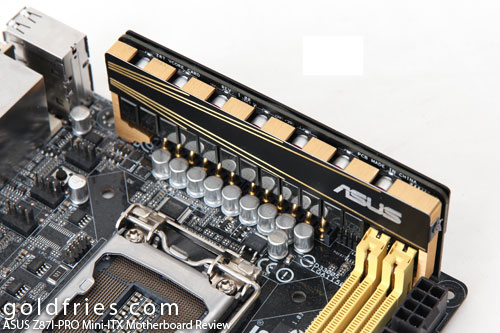 On the left side of the same image (above), You’ll see that there are 3 fan pins, what I like about this layout is all fan connectors are at one designated location and it’s great for cable management.

Due to the vertical 12+2 DIGI+ VRM, the DIMM slots are pushed towards the PCI-E slot. As you can see, there’s no way you will be able to remove the RAM once you have a graphic card installed.

With the graphic card and RAM in place, there’s no way to reach the other SATA sockets without going over the RAM. Fortunately people with such compact setup do not use more than 2 SATA ports, for example an SSD setup alone would suffice. Some may run dual SSD or an SSD + HDD. 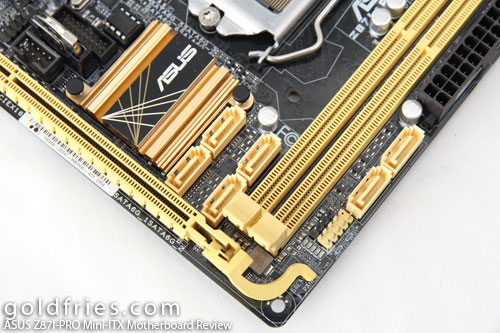 Unlike the other ITX boards that I reviewed, that Asus did great is that they also put the CPU12V and the ATX power sockets together. 😀 It makes great sense when one is dealing with such compact space.

There’s good clearance around the socket so the only thing that could block any heatsink installation would be the RAM, and maybe a bit of the Vertical 12+2 DIGI+ VRM. For a beautiful board as such, I’d recommend going for All-in-One water-cooling solutions. 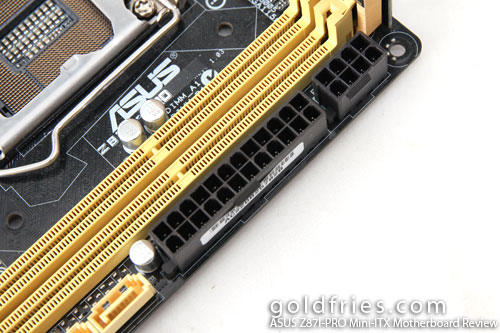 Behold! a plethora of USB ports! I think that’s my favorite part of this board, it has 4 USB 2.0 and 6 USB 3.0 ports. Besides USB ports, it also comes with a Clear CMOS button and a USB BIOS Flashback Button. What USB BIOS Flashback does is that it allows you to update the UEFI BIOS versions even without a CPU or DRAM installed.

It doesn’t come with PS/2 nor VGA output, just as most high-end boards would have been. It does however, come with onboard Wi-Fi. 😀

Feature rich could only mean ONE thing – it won’t be cheap. The board retails at RM 720 and it’s definitely a product to consider if you’re setting up a Mini-ITX rig but want it to be as powerful as can be.