Let me begin this article by saying that ASUS’ Z170 PRO GAMING packing box looked more like one that’s for a board game, I mean really – have you ever seen a product package like this? 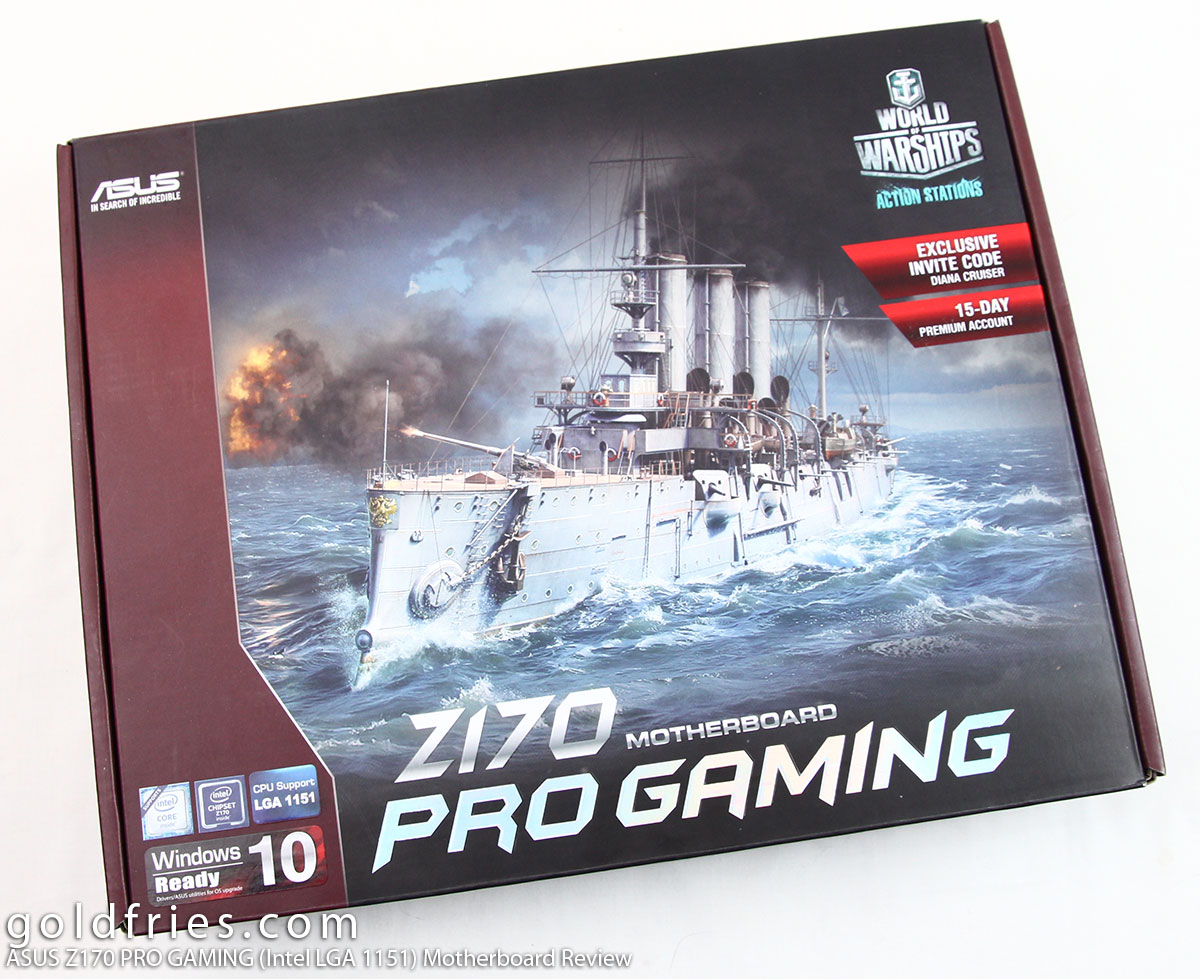 Well ASUS has a reason for this, apparently it’s a collaboration that allows one to have a 15-day account and an invite code to World of Warships. Put it simple – if you’re not a World of Warship gamer then this promotion is practically useless to you and the benefit wouldn’t be something that compels you to buy the board.

Packaging aside, the Pro Gaming board is just as the Pro Gamer (yes, name changed) series from the previous generation where it is of a maroon and black theme, almost like ROG but only with a darker shade of red and oh my that heatsink does look ugly.

In comparison to the ASUS Z97-Pro Gamer, the Z170 Pro Gaming doesn’t seem to look as good when it comes to product packaging and heatsink, all other aspects look quite similar. 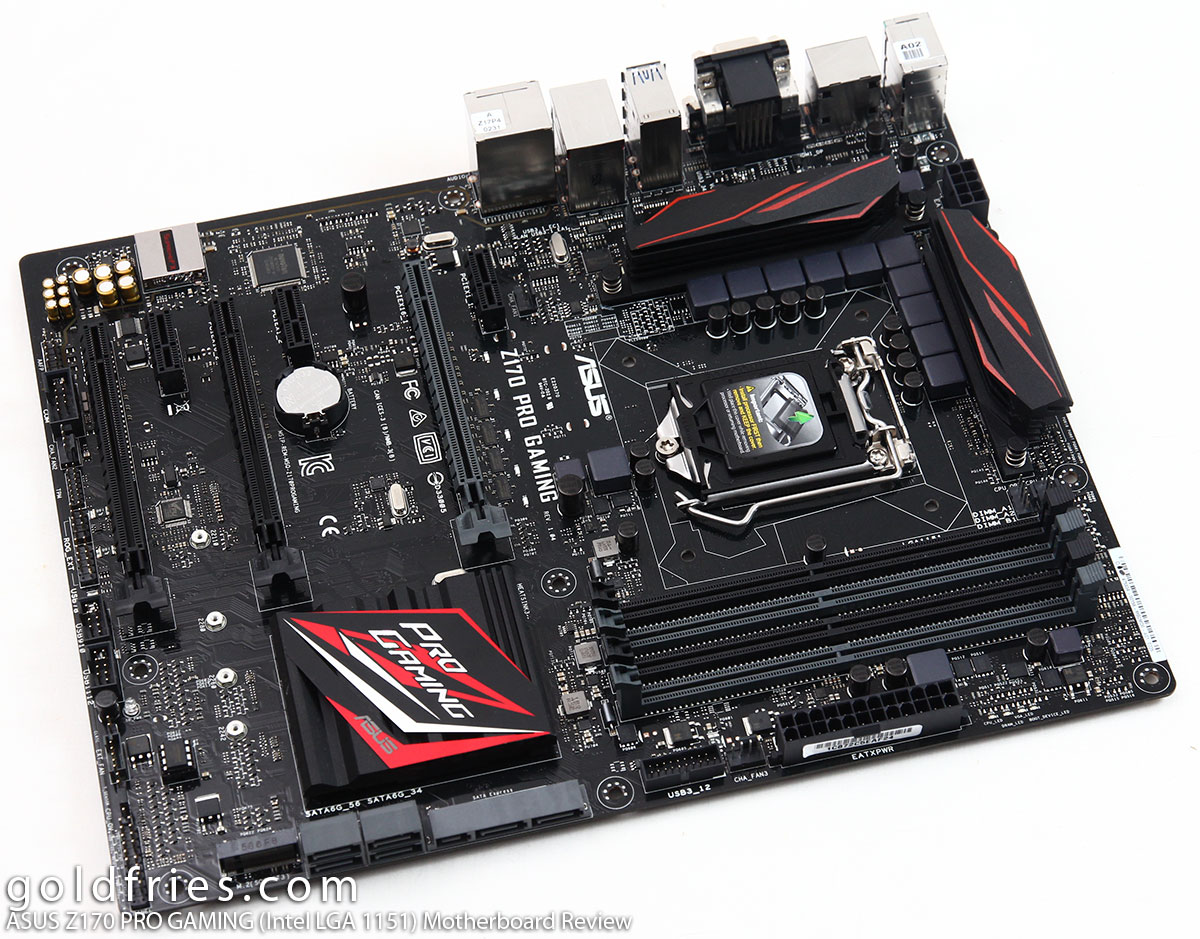 One thing different would be the LED of which the Z170 Pro Gaming comes with the feature to tune the light behavior – Still, Breathing and Flowing. Check out this video below for the breathing effect.

The Z170 Pro Gaming comes with the usual layout with 2 heatsinks and plenty of room around the CPU12V connector. 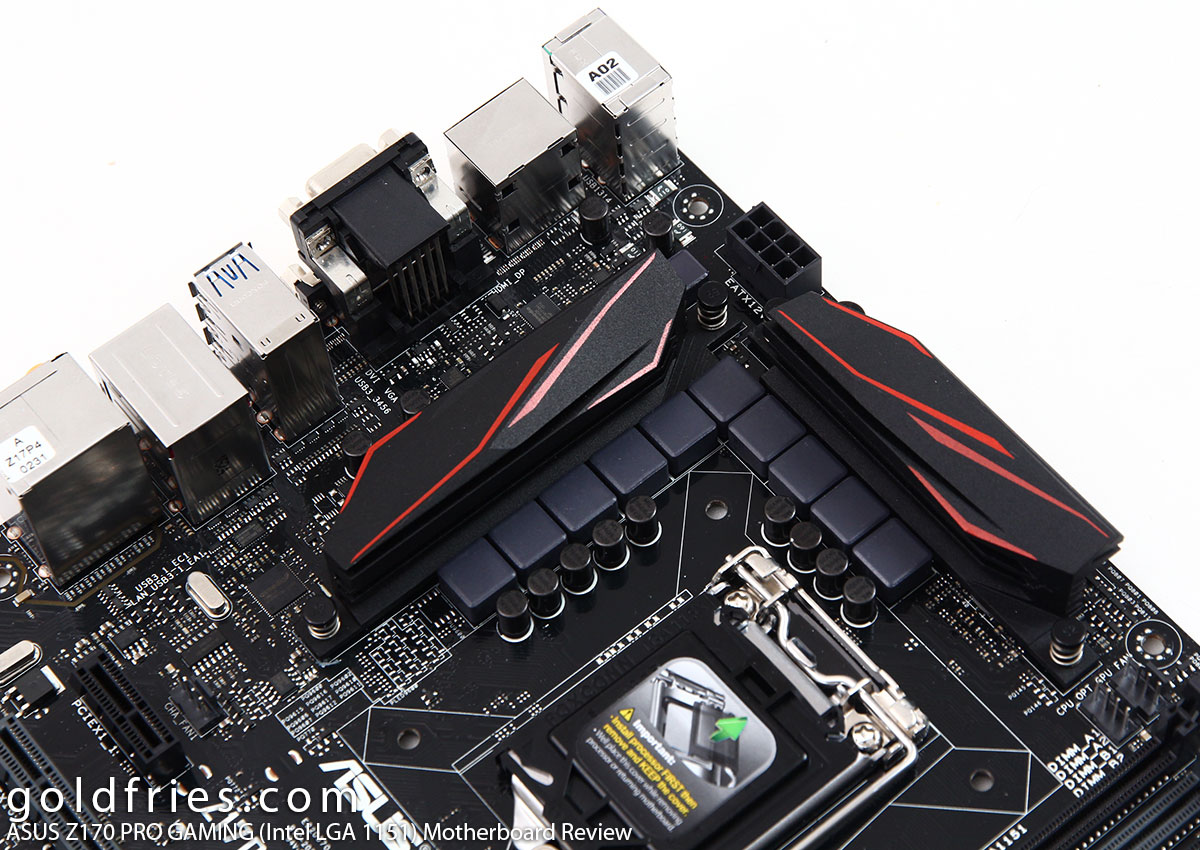 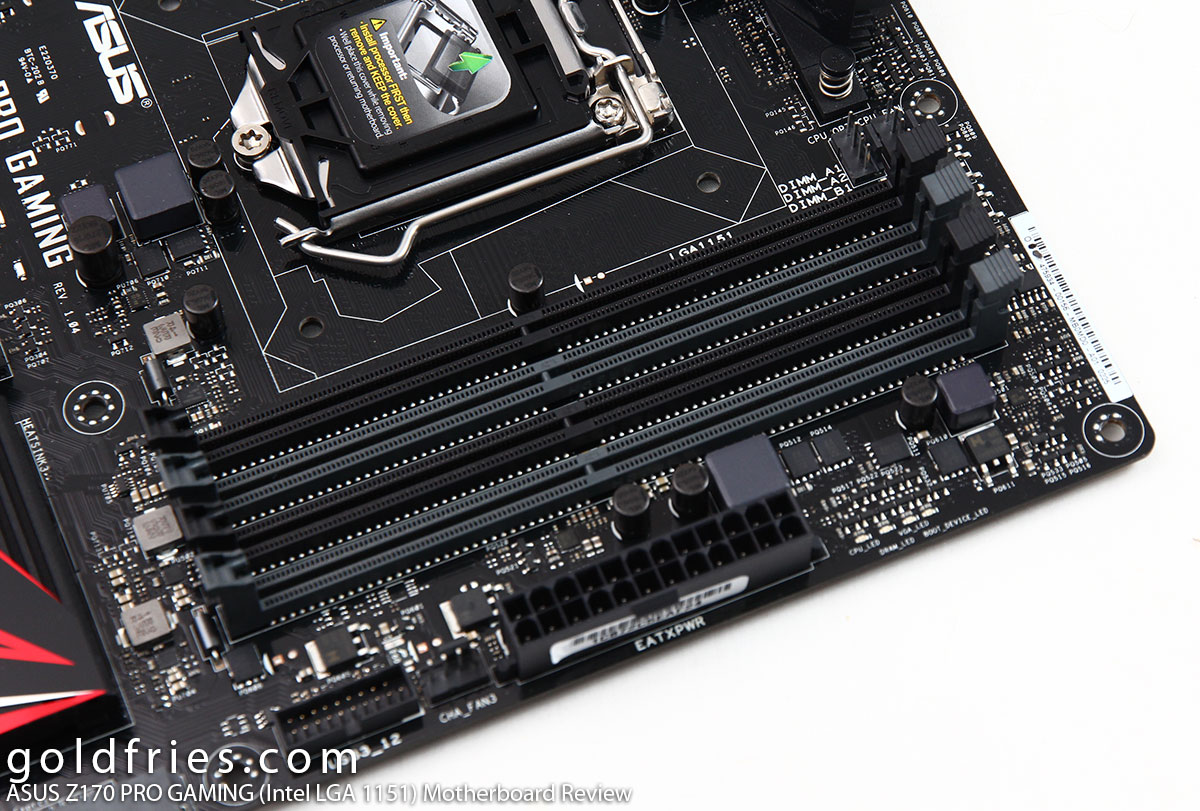 SATA ports aside, the board comes with 1x SATA Express port and it also has an M.2 Socket 3 placed near the SATA connectors which I think is quite near and sure beats placing them under the first PCI-E x16 slot. 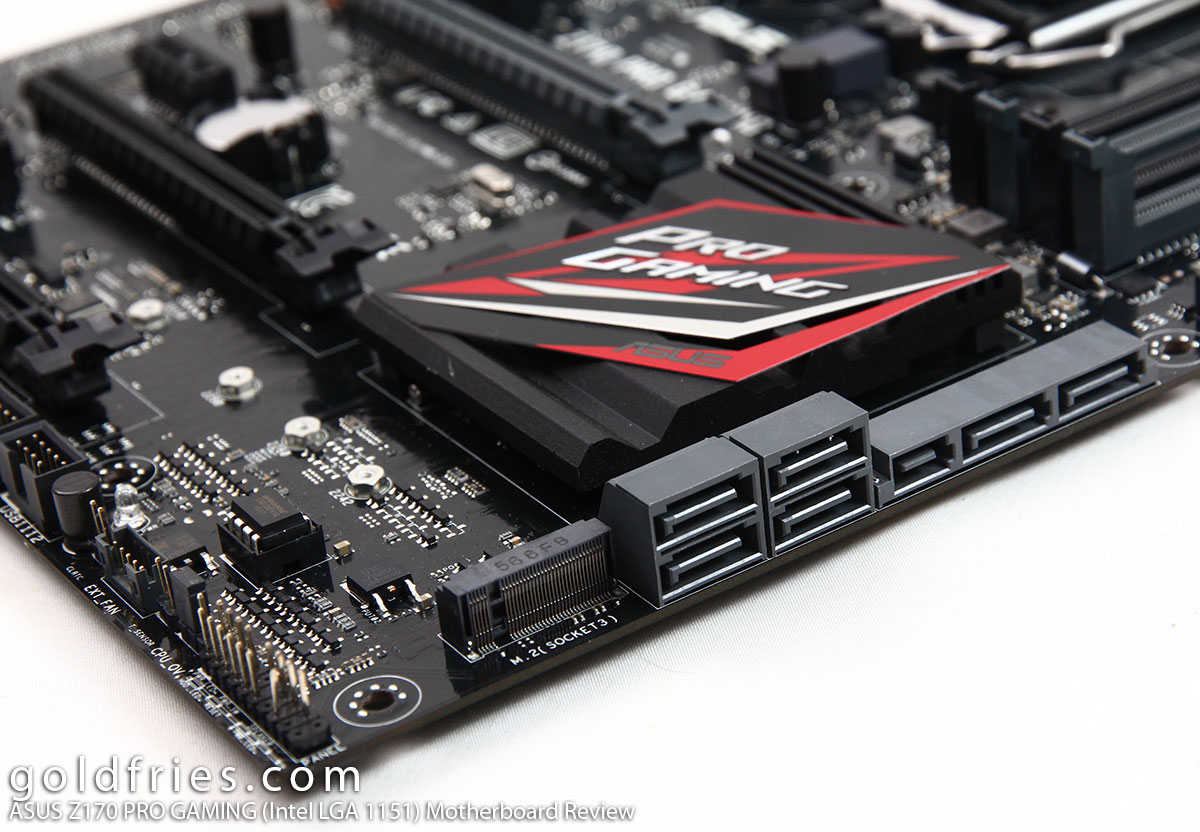 Here’s another view of the M.2 connection area, it’s a pity though that the Z170 Pro Gaming board doesn’t come with convenient controls like say a POWER or RESET button, and not even any LED for boot-up indication. 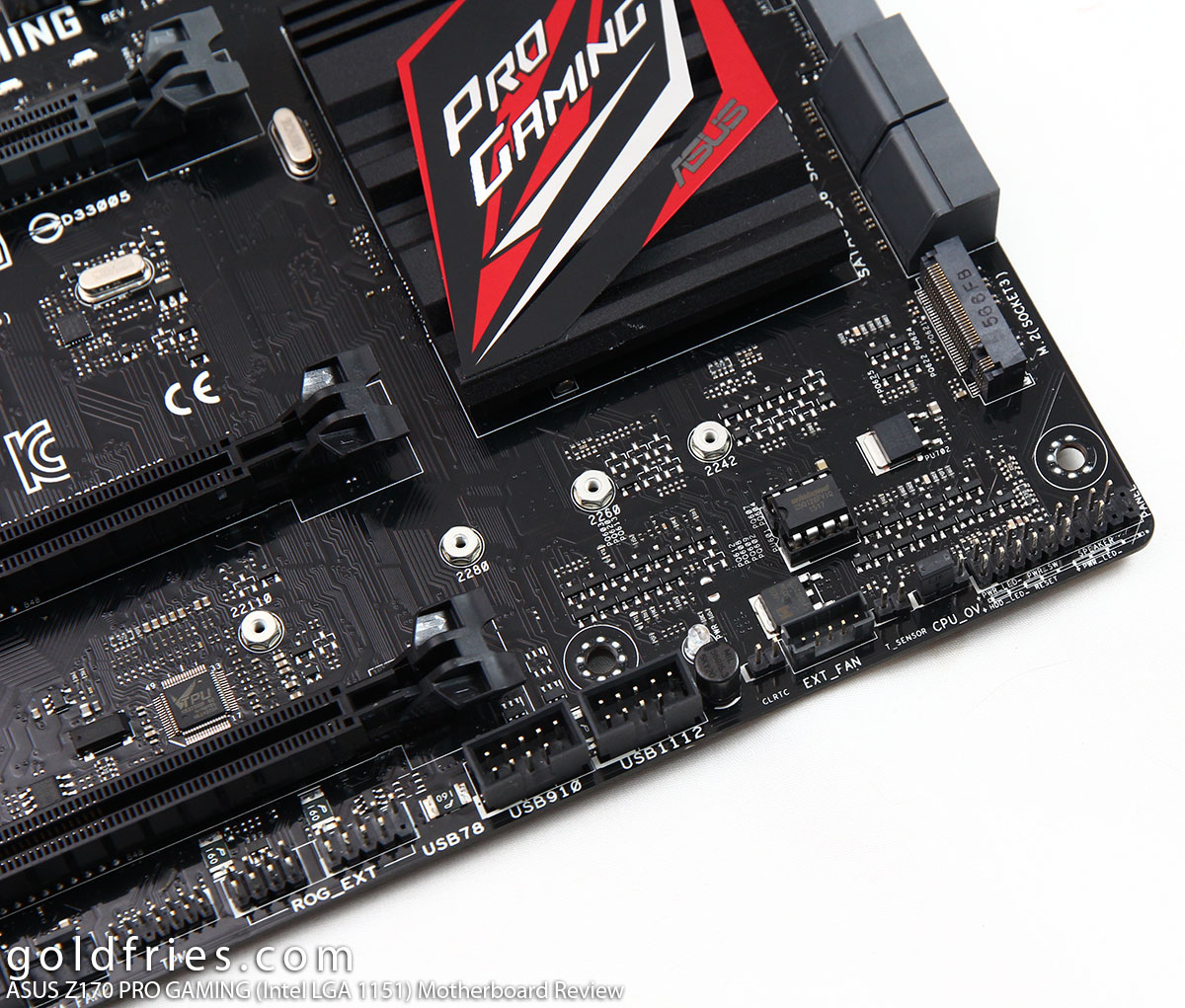 The board supports AMD CrossfireX and Nvidia SLI graphic setup and it comes with SupremeFX audio system, the fancy lighting setup is also part of the Supreme FX feature. 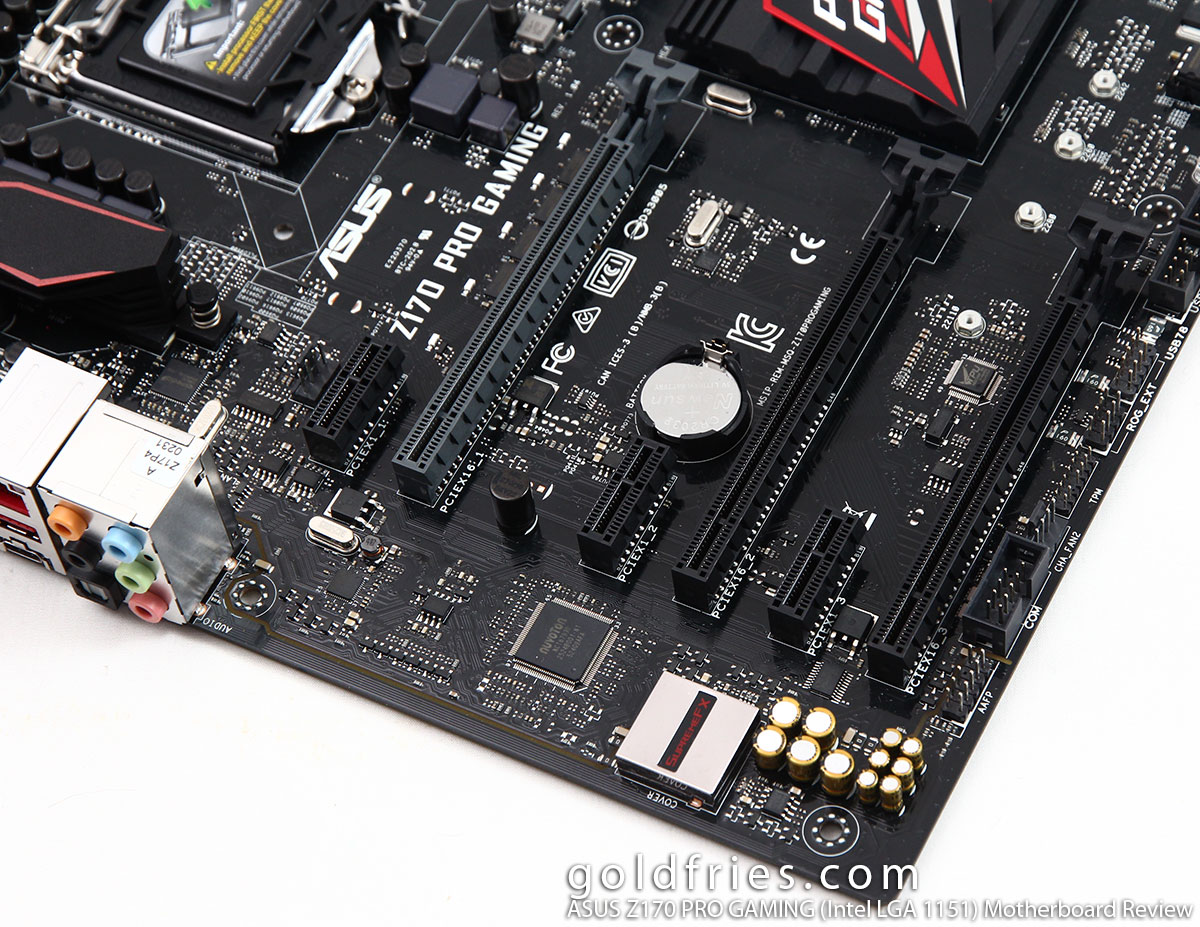 Lastly the I/O ports of which the Z170 Pro Gaming also comes with USB 3.1 Type A and Type C. More details of the board at the official product page.

Being a Z170 board the interface comes loaded with the usual features from what is expected from an ASUS board. You won’t be getting the full set of overclocking features as found on high-end ASUS ROG boards but what you have here is actually plenty sufficient should you wish to dabble in overclocking.

Below are the screenshots of the UEFI interface, ASUS maintained the tried and tested design of which I like very much as it has the Hardware Monitor on the panel to the right. 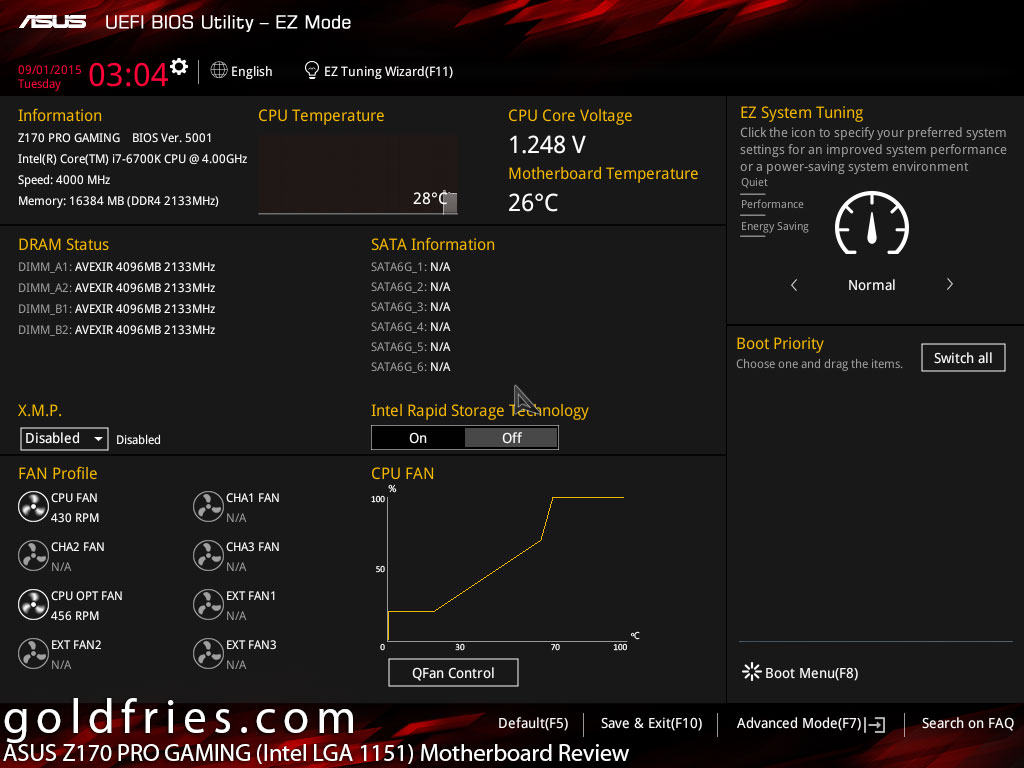 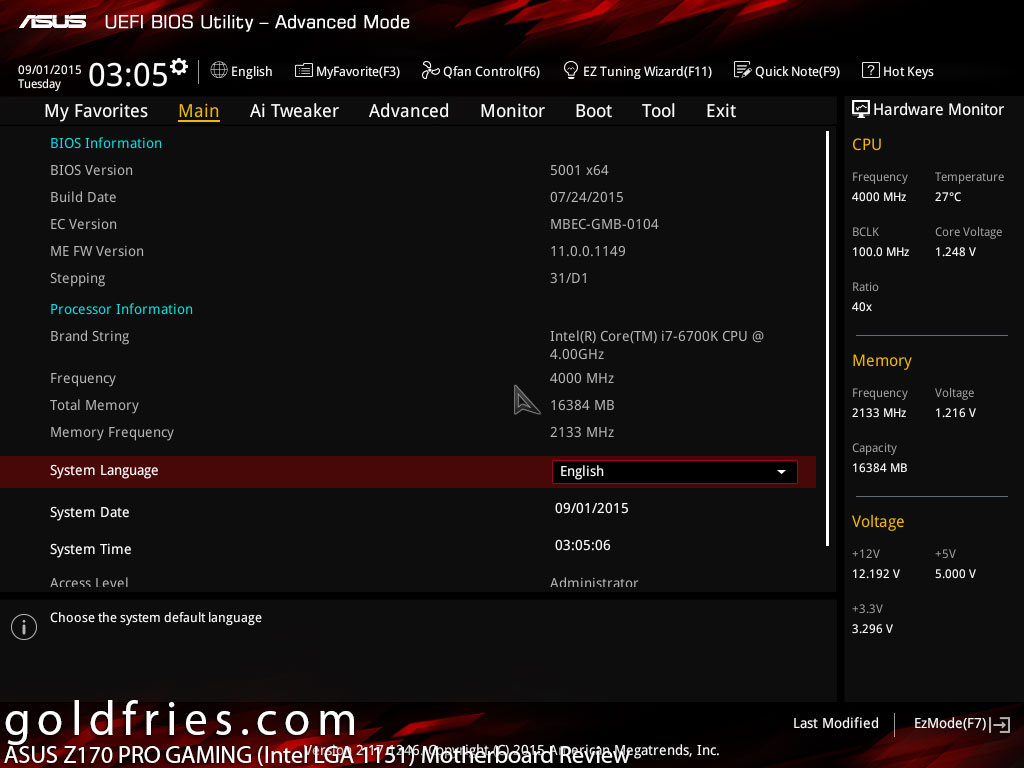 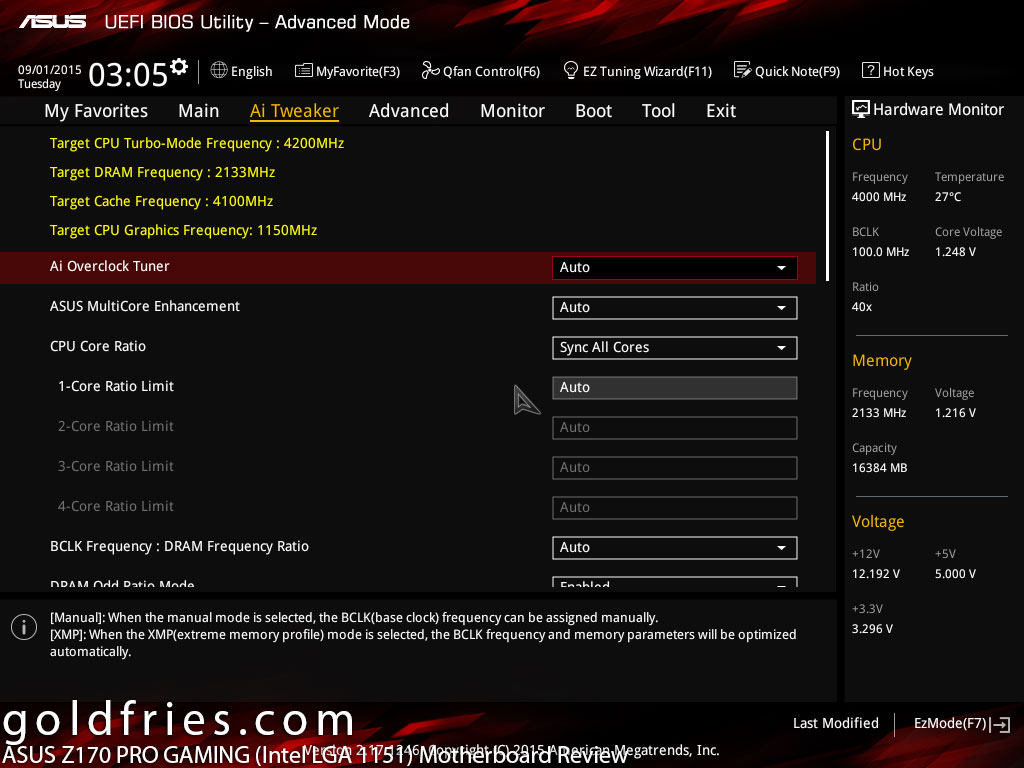 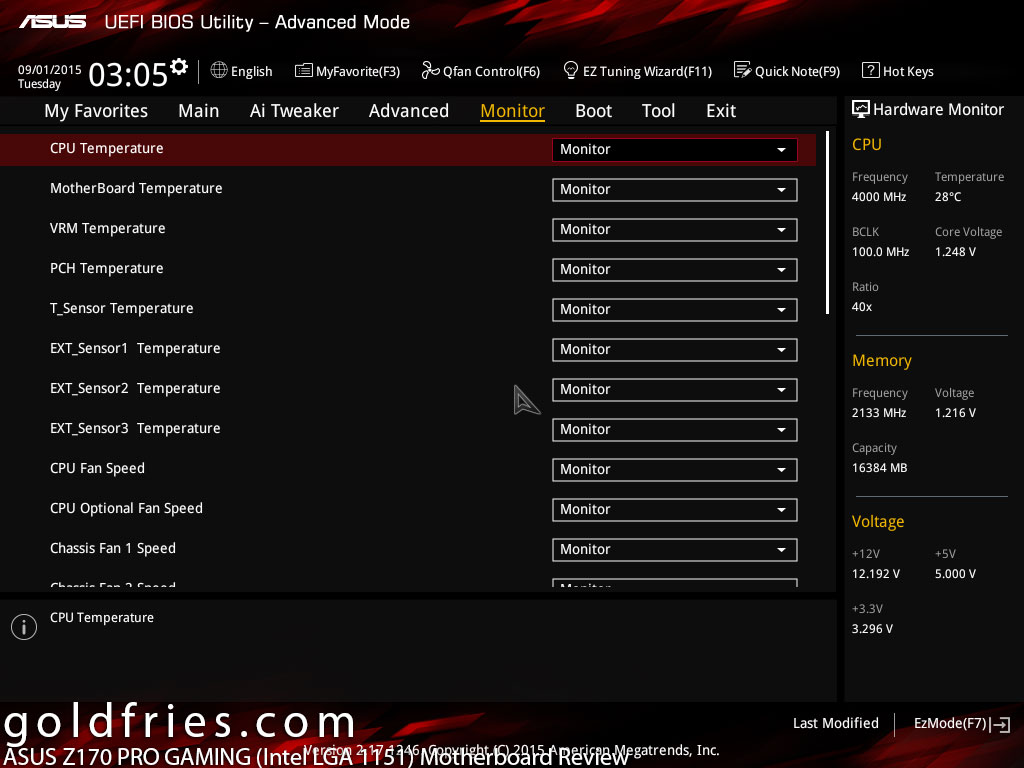 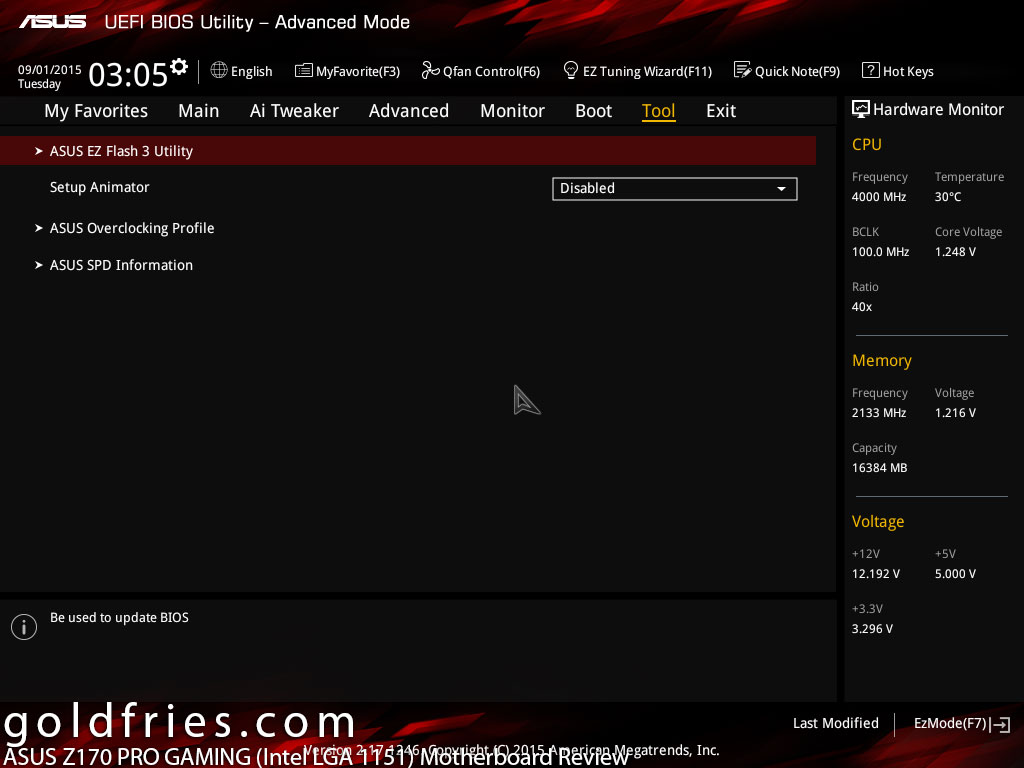 The ASUS Z170 PRO GAMING retails at RM 859, a very high price to pay for a non-ROG board. You see, an ASUS Maximus VII Ranger is available for RM 700. I know it’s of a different socket but if you ever used an ROG board before you’ll know that it’s a different experience.

On Skylake platform, the ASUS MAXIMUS VIII Ranger that’s costs just a little bit more would be the better option for overclockers while for those who aren’t into overclocking then ASUS has other products at lower price point for that, so the Z170 PRO GAMING is pretty much what I would classify as one that’s for those desperate to get board that does overclocking and all and has no option to save up that additional RM 150 for a MAXIMUS VIII Ranger.

Sorry ASUS, it’s a good board but there’s no compelling reason to recommend this product when the MAXIMUS VIII Ranger is not that far away.