ASUS’s Gamer boards have traditionally been under the ROG range but ASUS has been introducing lower priced gamer boards. The Z97-Pro Gamer now stands between the H97-Pro Gamer and the ROG ranged boards, the Maximus VII Ranger in particular. The distinct difference between the boards in appearance would be the color, unlike the ROG boards that are accented in fiery red, the GAMER boards are accented in maroon instead. 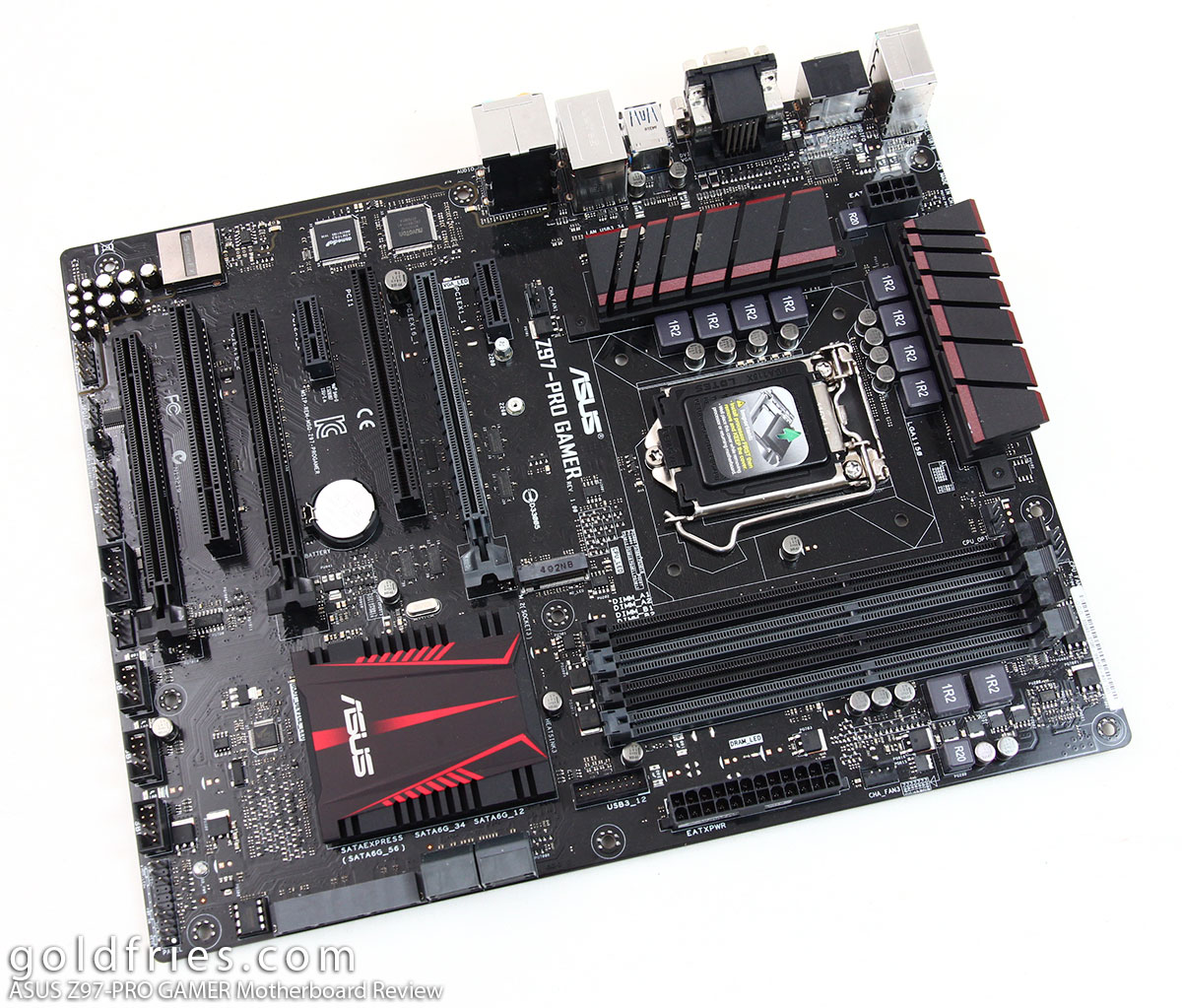 The heatsinks around the CPU area are not as fancy as the ROG models, not the best looking in design but I’m sure it serves its purpose well and there’s good clearance to the CPU12V connector. 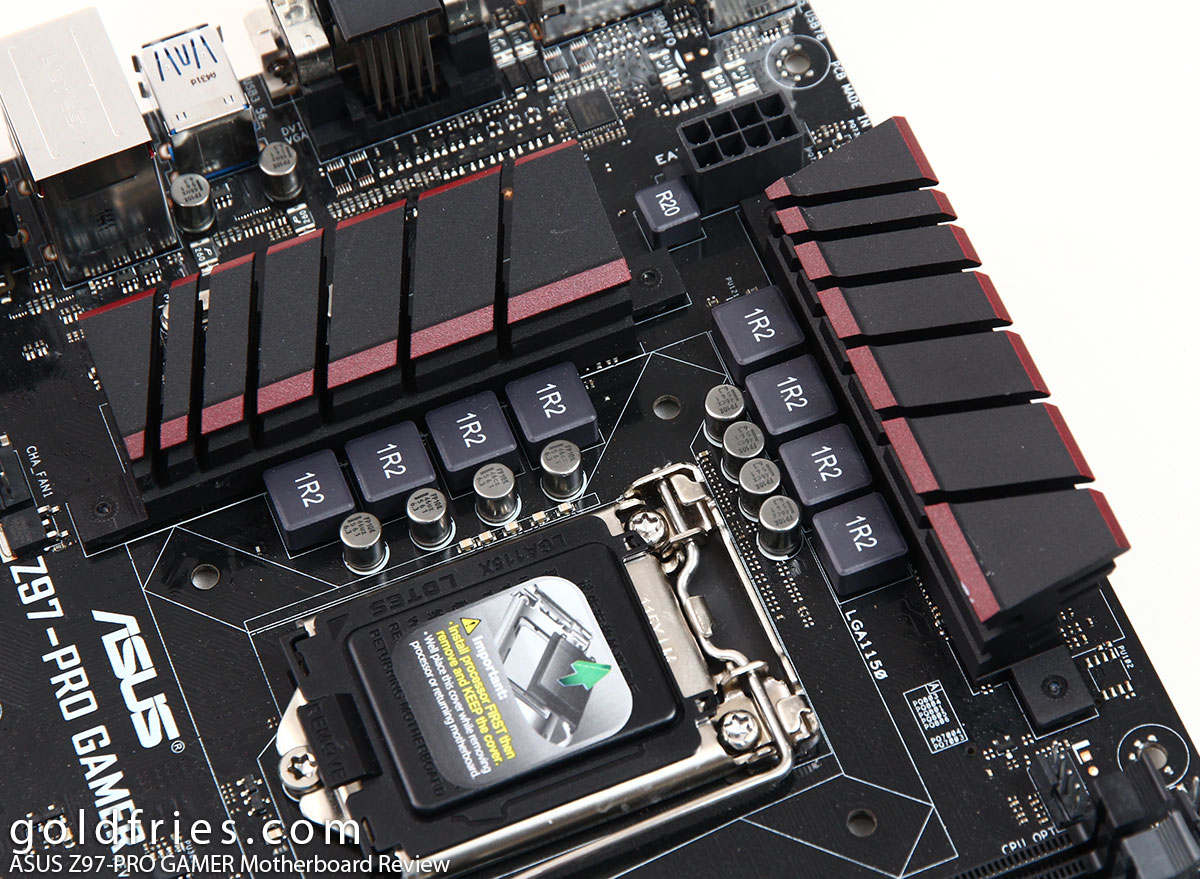 On the other corner lies the DIMM slots that supports up to 32GB total RAM size with 3200Mhz speed. The unit has CPU LED and DRAM LED indicators but unlike ROG / TUF range boards it does not come with convenient buttons to trigger power. Note that the Z97-Pro Gamer comes with an M.2 slot, it’s at the upper corner of the image. The connector pins are protected by a plastic shield around it. The boar doesn’t come with any power switch nor LED indicators. 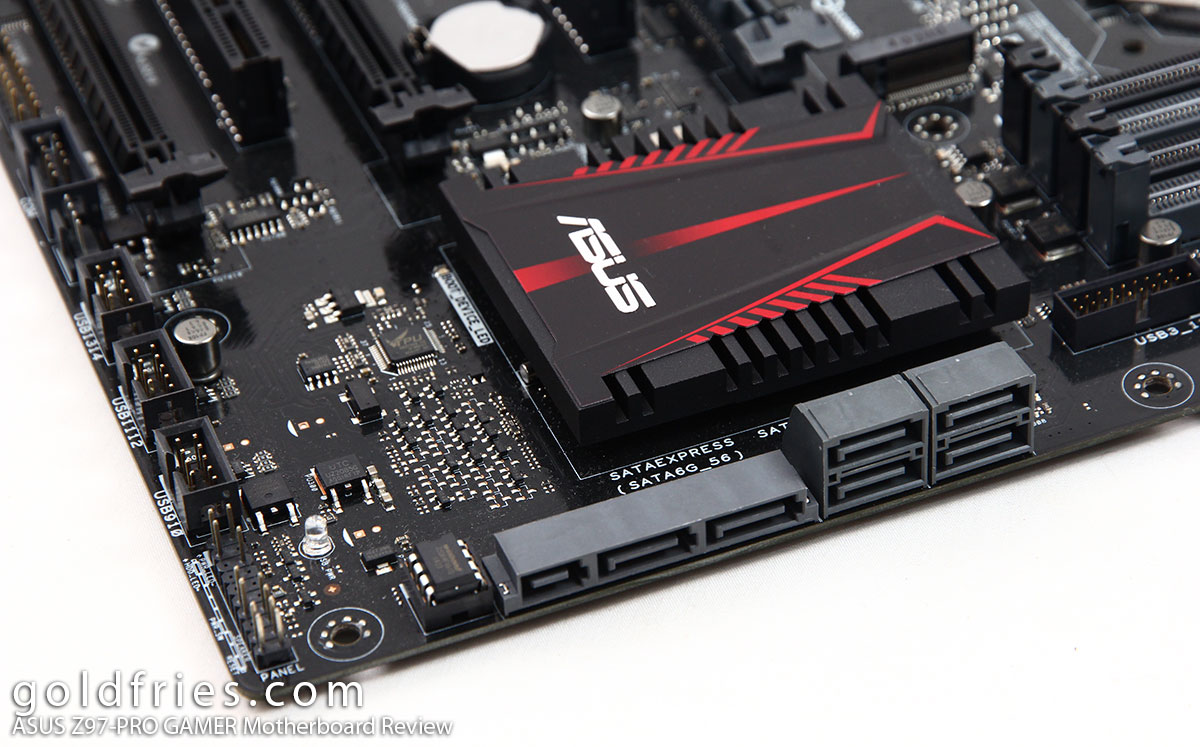 Here are the PCI-E slots, the Z97-Pro Gamer supports CFX / SLI mode with x8/x8 configuration which is a good thing given that it’s a GAMER board. It’s worth noting that the Z97-Pro Gamer uses IntelÂ® Ethernet for up to 2x Faster UDP game-data performance, and it has LANGuard for protection against power surge and static electricity, not forgetting GAMEFIRST II with cFosSpeed traffic-shaping technology for lag-reduction. 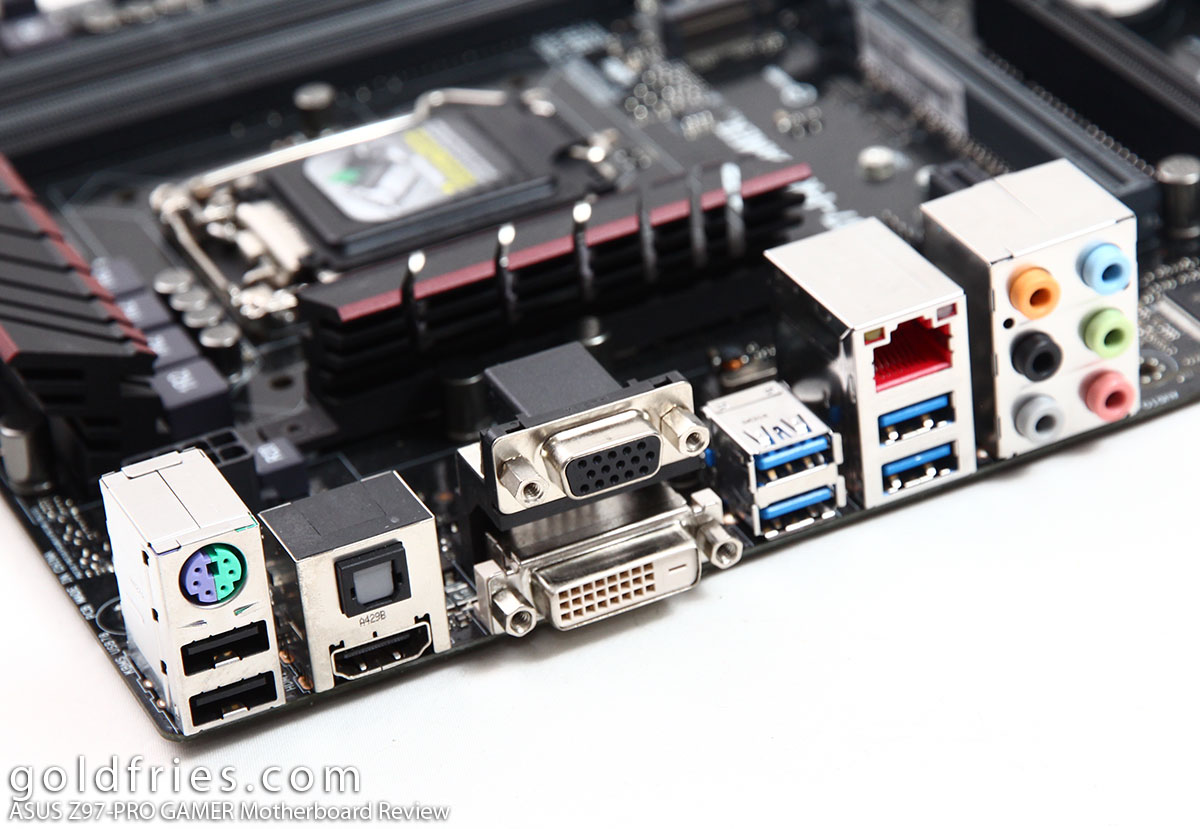 As with all Z97 boards, the first thing to check would be the UEFI interface, after all what good can a board bring if it can’t overclock?

The Z97-Pro Gamer works as expected and comes with UEFI that carries the ASUS mark, it looks quite similar to the one on ROG boards, minus the ROG logo of course. 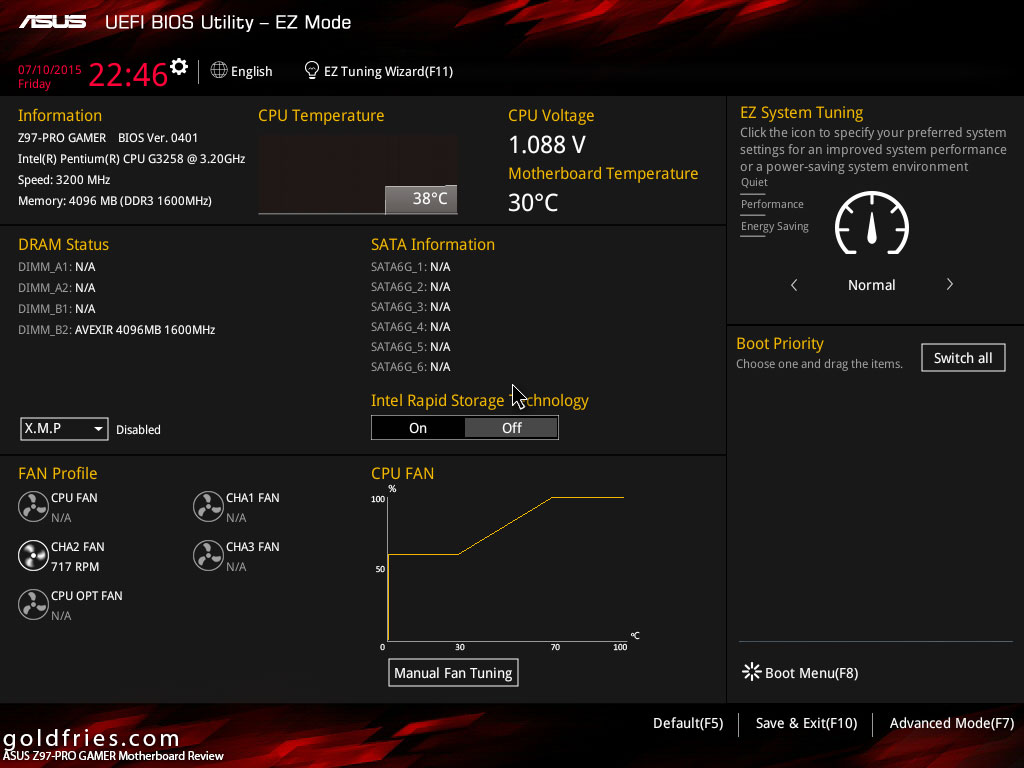 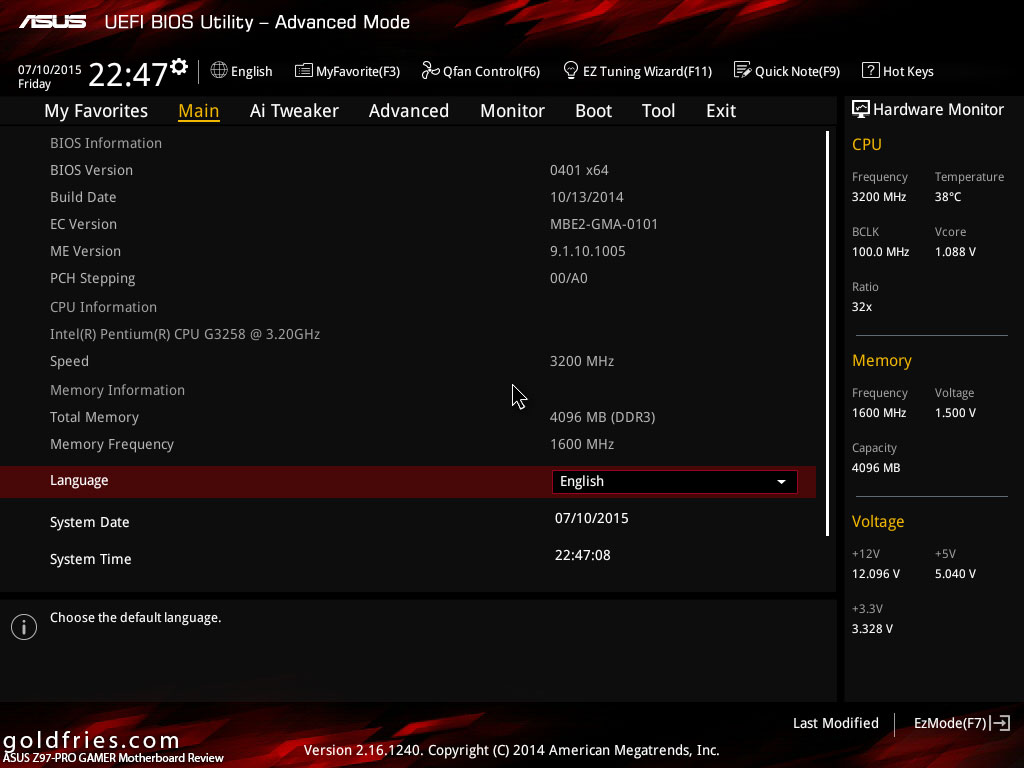 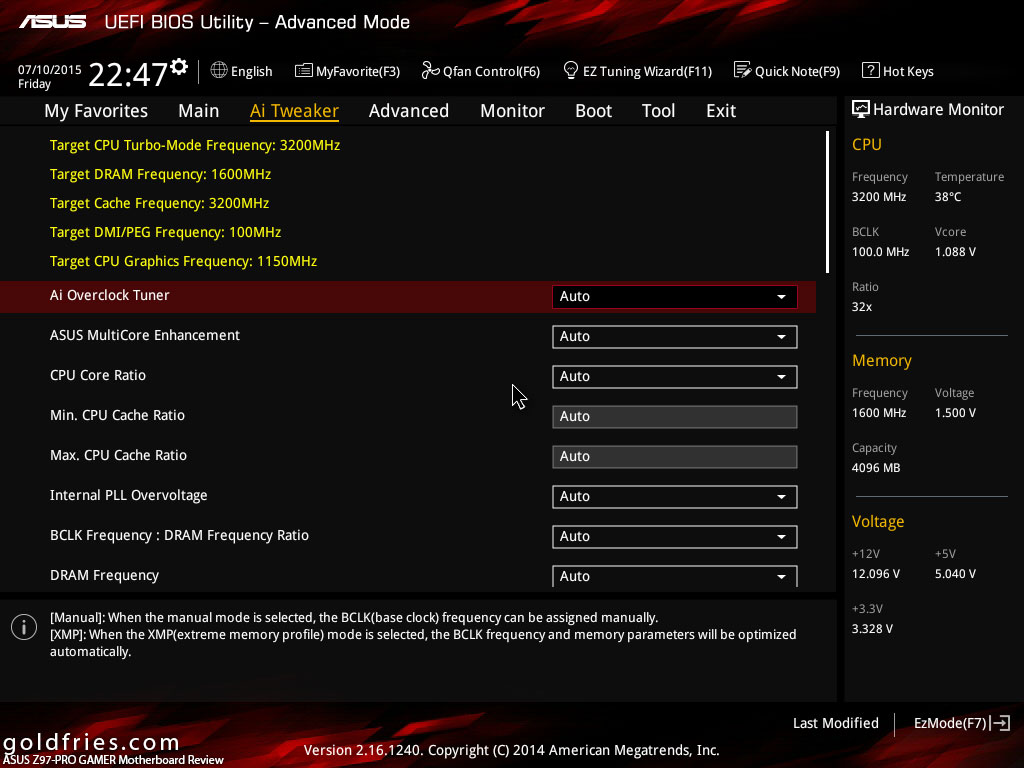 The ASUS Z97-PRO GAMER Motherboard retails at around RM 640, a whole RM 150+ less costly than the ROG Maximus VII Ranger. It still works for overclocking and it comes with gaming and protection features.

The key difference between this board an a the ROG M7 Ranger is that the Ranger is of a better board quality, it comes with GameFirst III instead of II and the Ranger also has better accessibility when it comes to buttons and such.

While the Z97-Pro Gamer board is good for the price, I do wish that it comes with stuff like Power On buttons and LED indicator. It doesn’t have to be ROG level but if those features are found on an A88X-Pro then I hope to see it found on a higher priced board such as this.