Retailing at under RM 1,000 the ASUS X99-A is one of the most affordable X99 boards in the market. 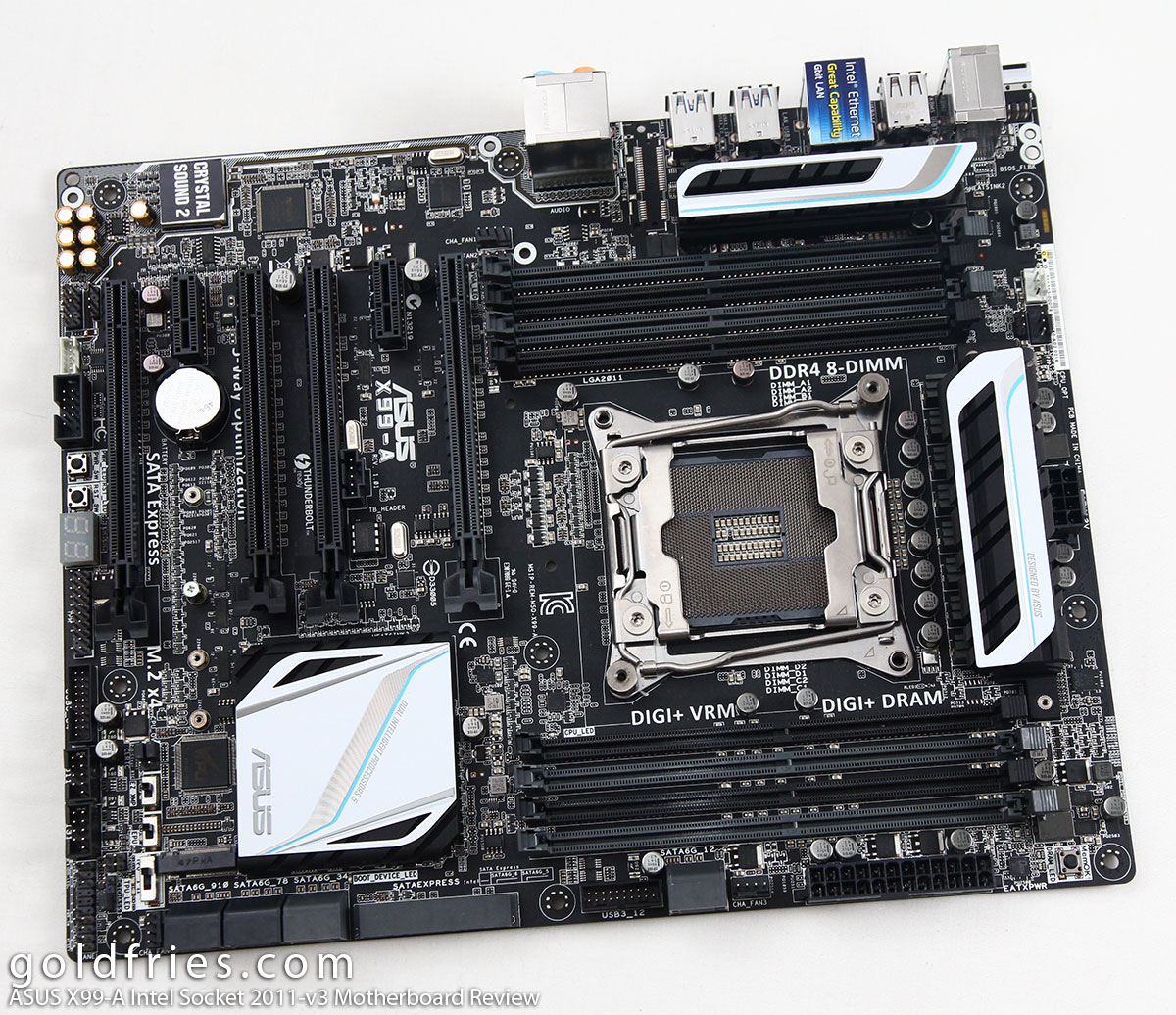 The X99-A board is black themed board with some white colored sticker placed on the heatsinks. Make no mistake, this is not a black and white themed board as people may have thought it to be. Being an X99 board, the DIMM slots are placed on both sides, for the ASUS X99-A the CPU12V connector is placed right behind the upper heatsink. 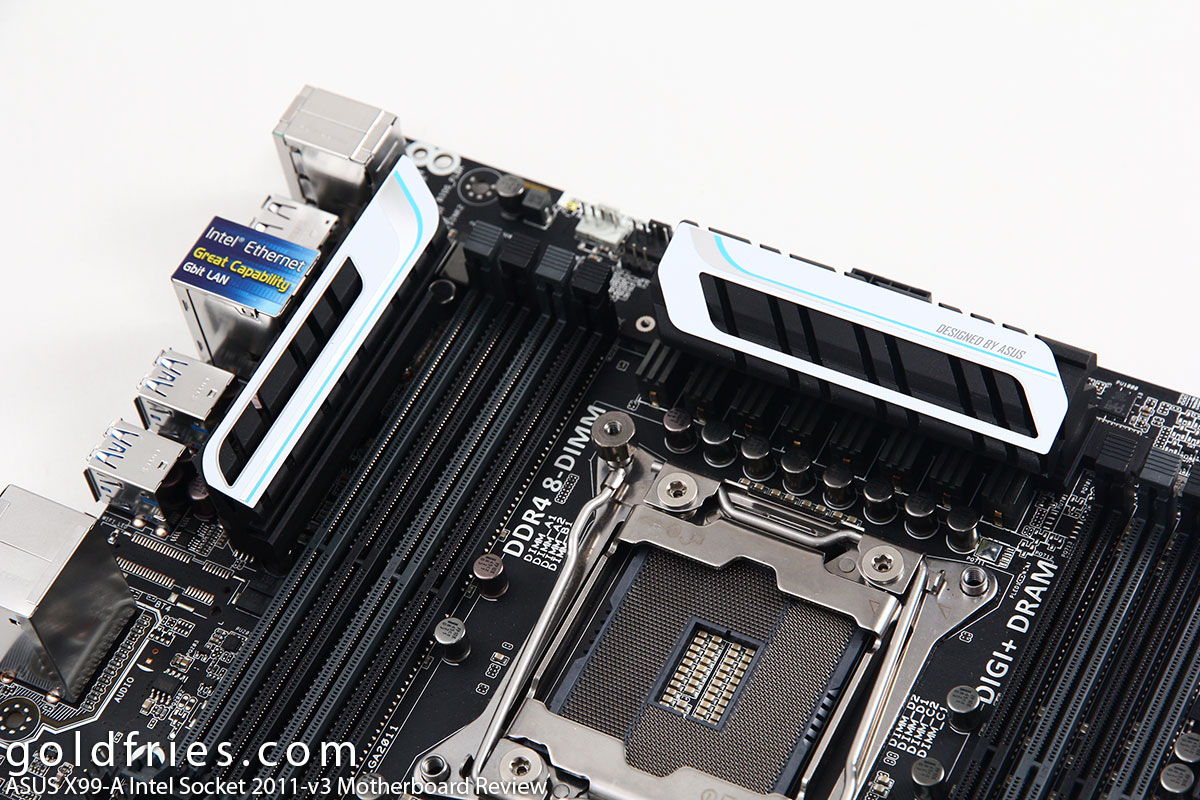 On the side where the ATX connector is, you’ll notice that there are 2 SATA ports next to the DIMM, I thought it rather awkward that it’s split so far from the cluster of SATA ports. 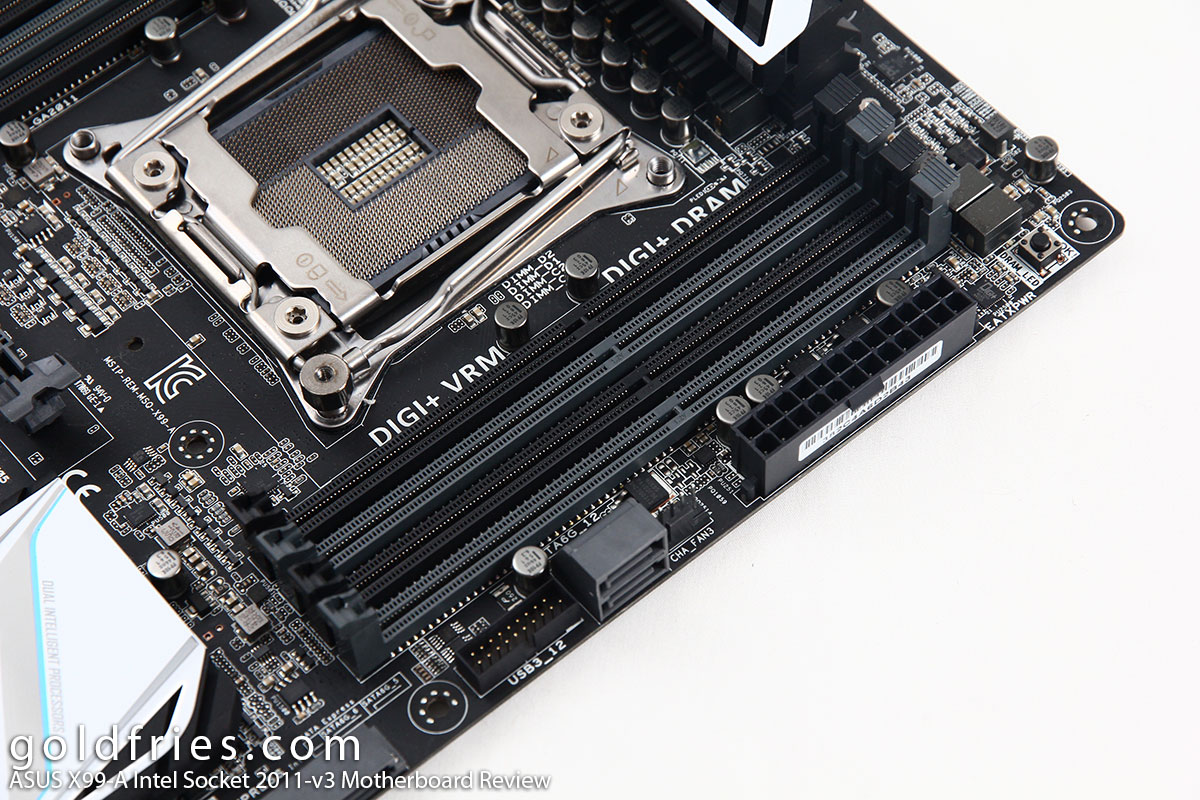 This is where things start to get interesting, 1 x SATA Express port and 8 x SATA 6Gb/s port(s), and a few easy access switches too. 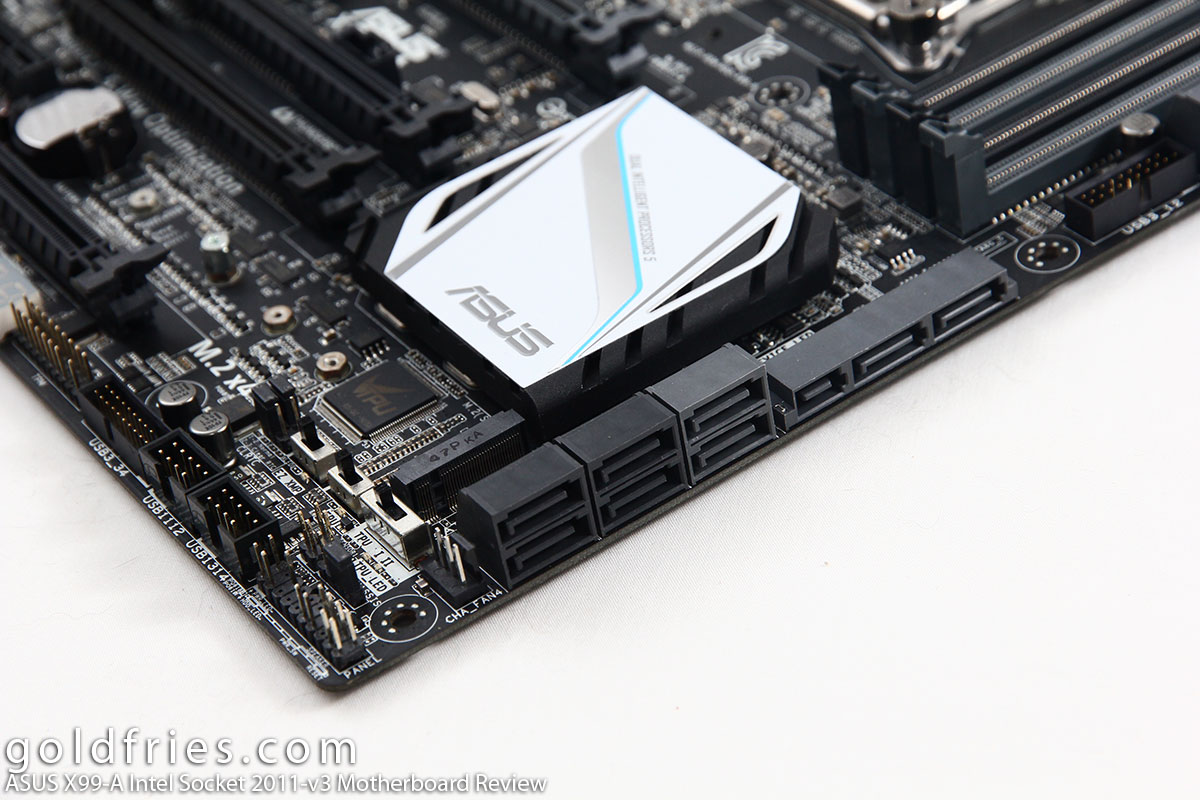 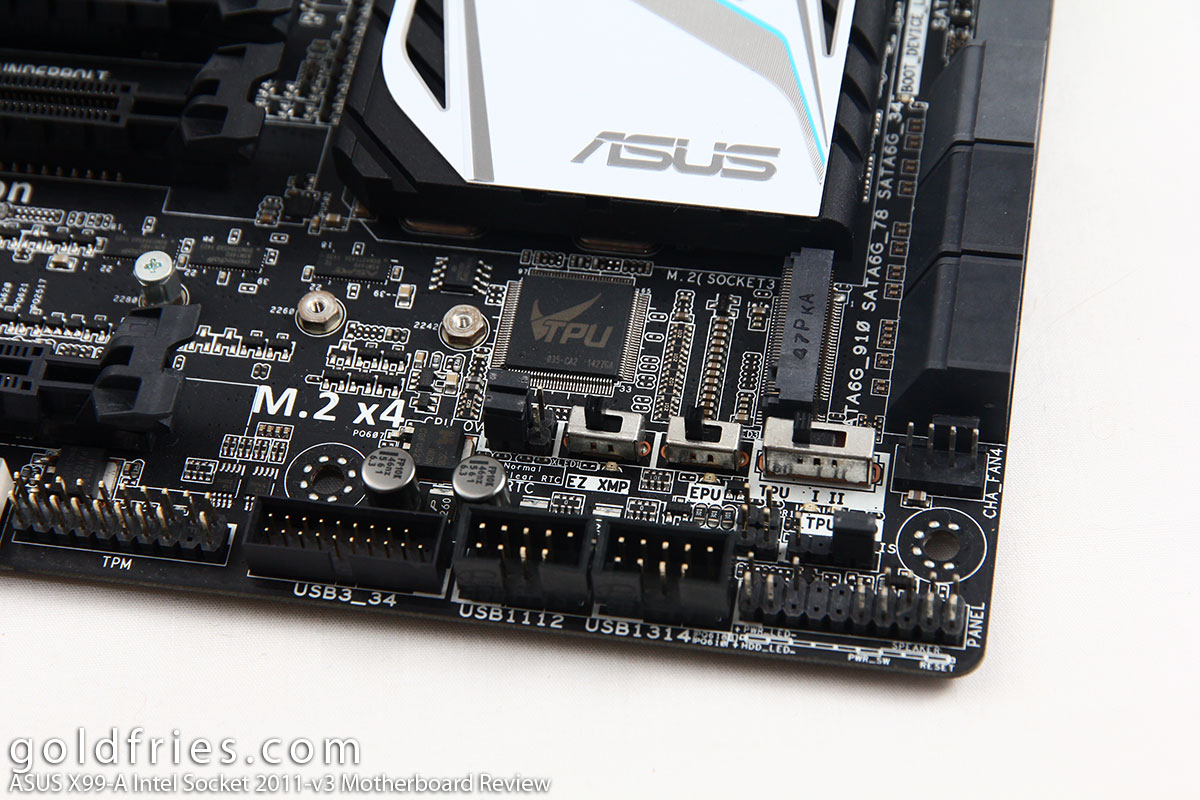 Other neat stuff packed into the board are the power button, reset button and debug LED – great stuff to have, although not the friendliest of location especially when the board is placed in a smaller casing or when one is running multiple graphic card. A typical PCI-E card takes up around 2.5 PCI-E slots worth of space and that pretty much hinders accessibility to the buttons and reading the LED would be a tad difficult. 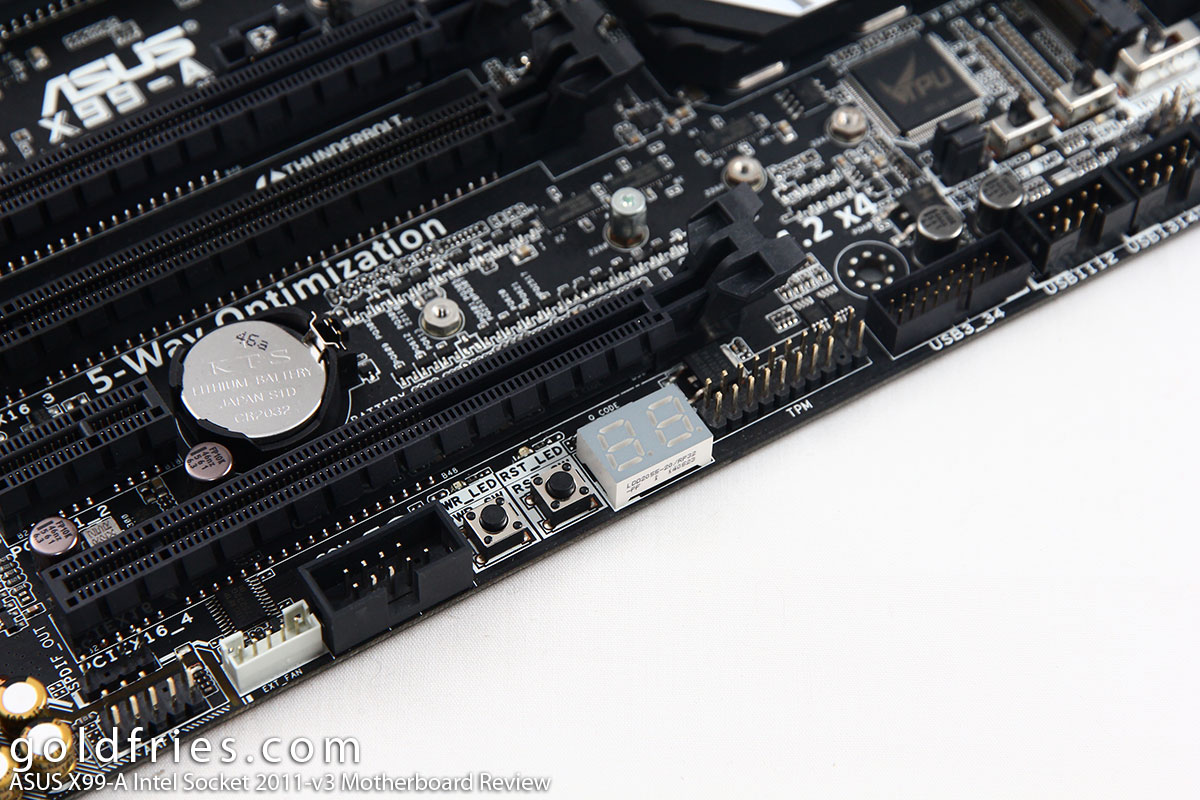 The PCI-E configuration is as follows….. 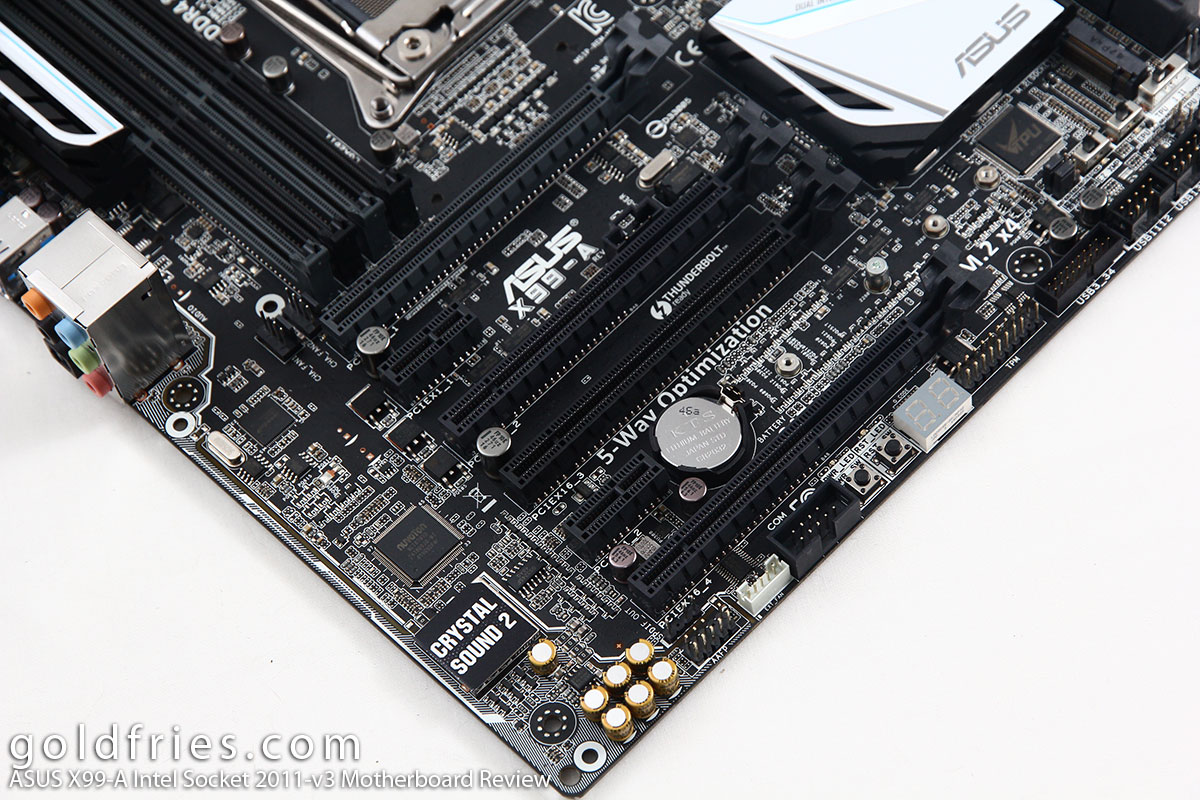 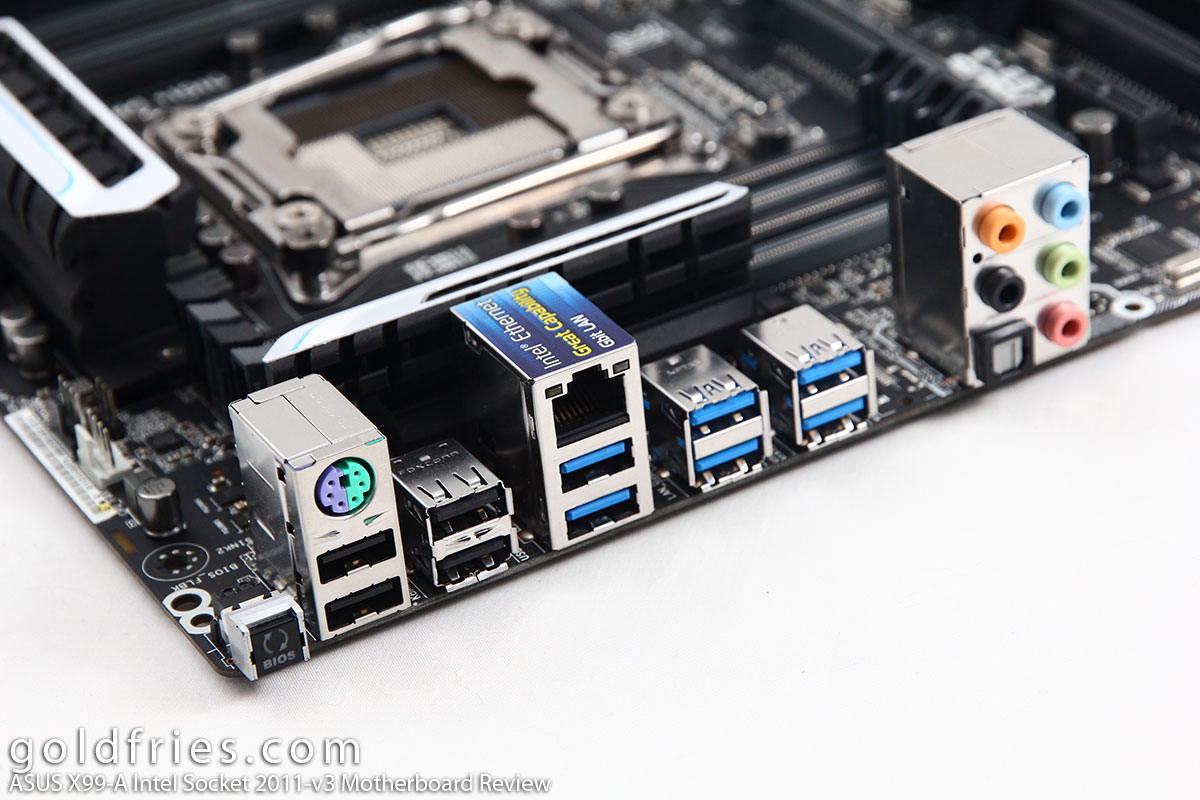 More details at the official product page, oh and what the page doesn’t tell you is that the card comes with white LED, unfortunately the lines along the board makes it look yellow. 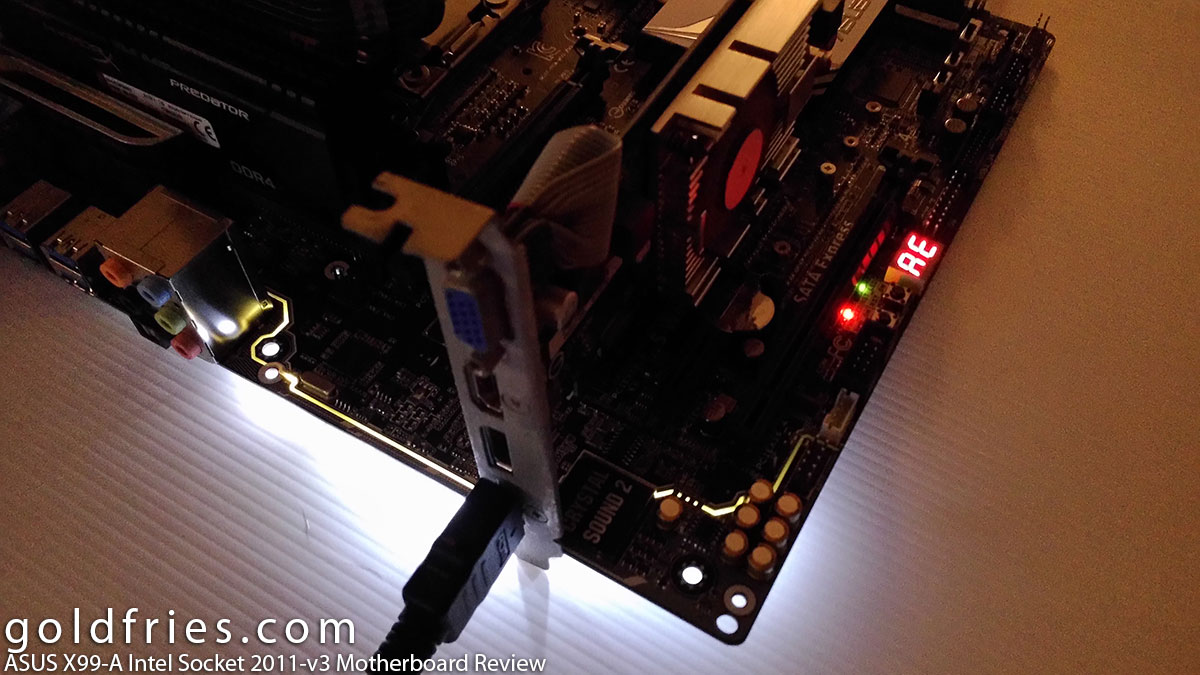 ASUS wasn’t joking when they mentioned “Flagship Performance” on the product page. For a start the UEFI is top-notched as usual, it’s not uncommon as the interface is what you’d expect from ASUS’ boards. 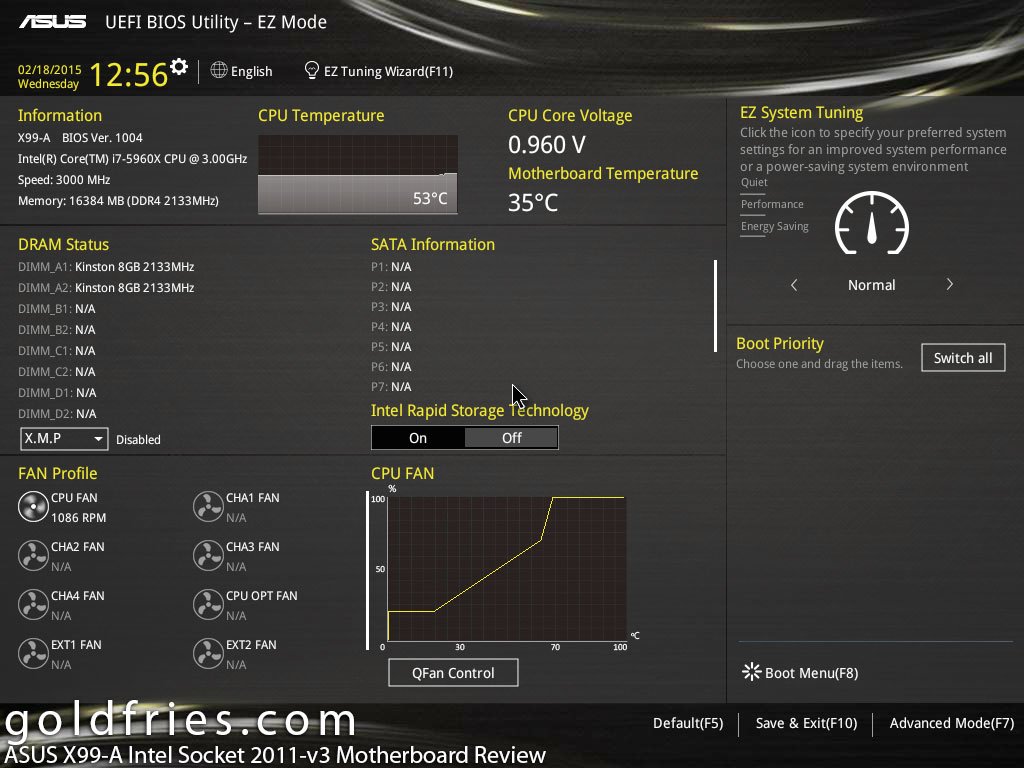 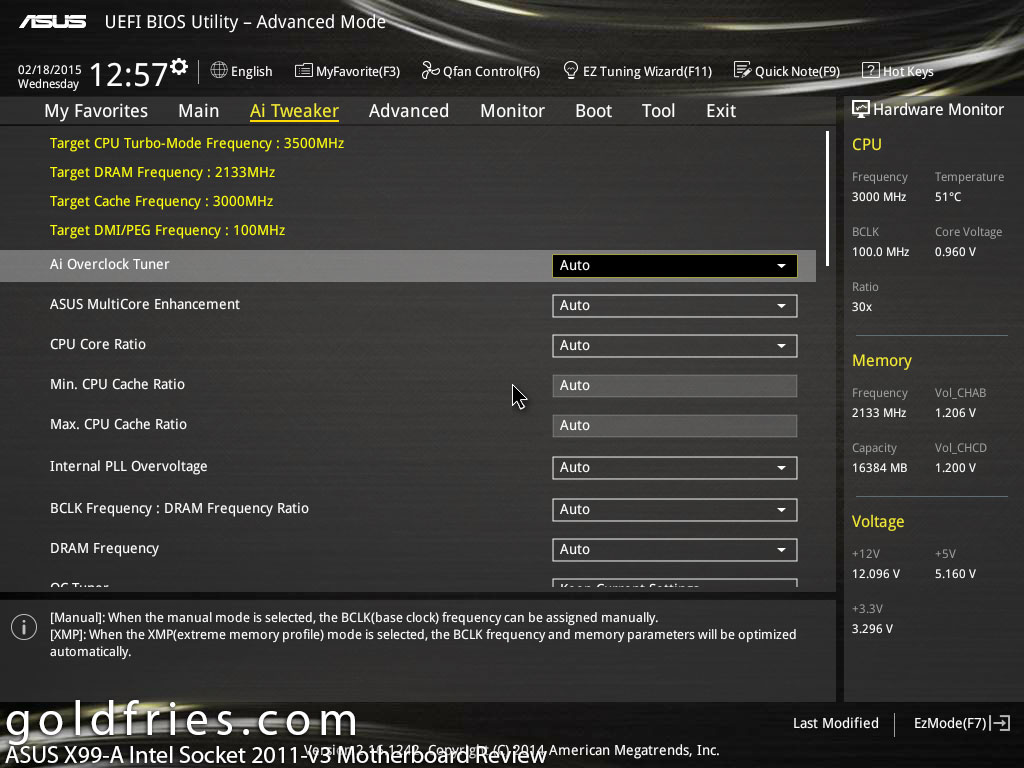 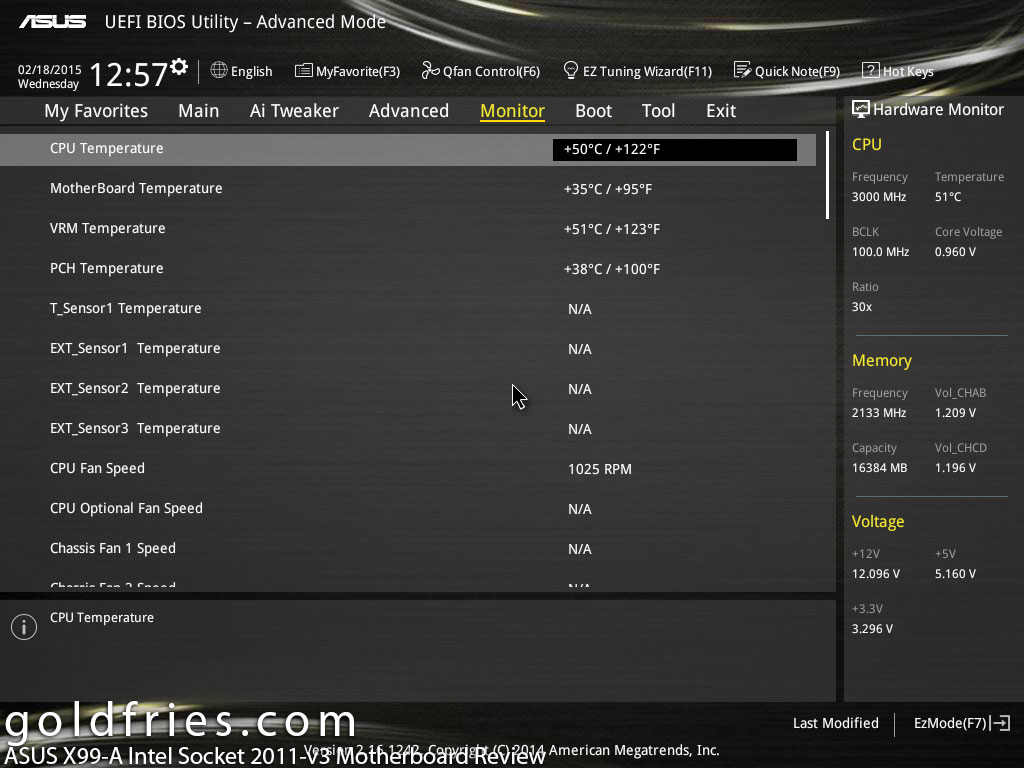 What I like about this board is the amount of fan connectors available, and the ability to control all of them in detail. 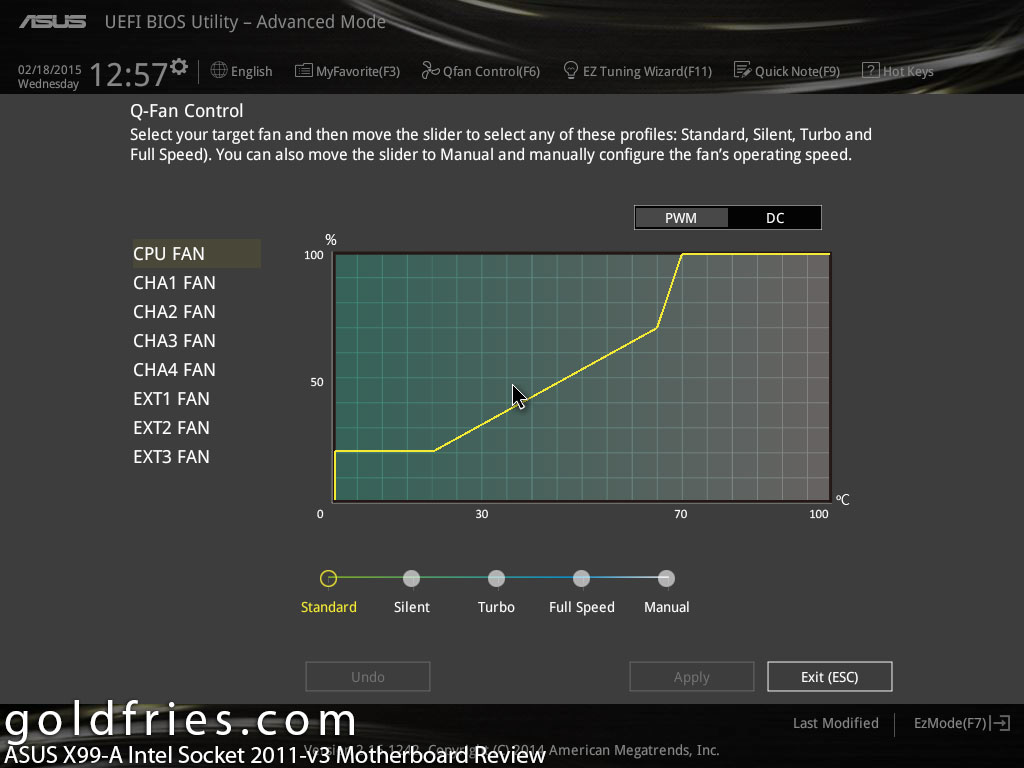 The ASUS X99-A motherboard retails at RM 988, not the cheapest of boards in the market but it’s certainly a good one. It comes with great overclocking features, including ASUS OC Socket that maintains voltage during overclocks among the host of features that if I were to list them here, I would be copying the entire product page and elaborating on them.