The R9 Fury from ASUS, the 2nd most powerful GPU from the red camp under the hood of ASUS’ STRIX AMD line-up. As with ASUS cards, they carry the signature red and black appearance. The 3-fan cooling system design handles the hot beast underneath. 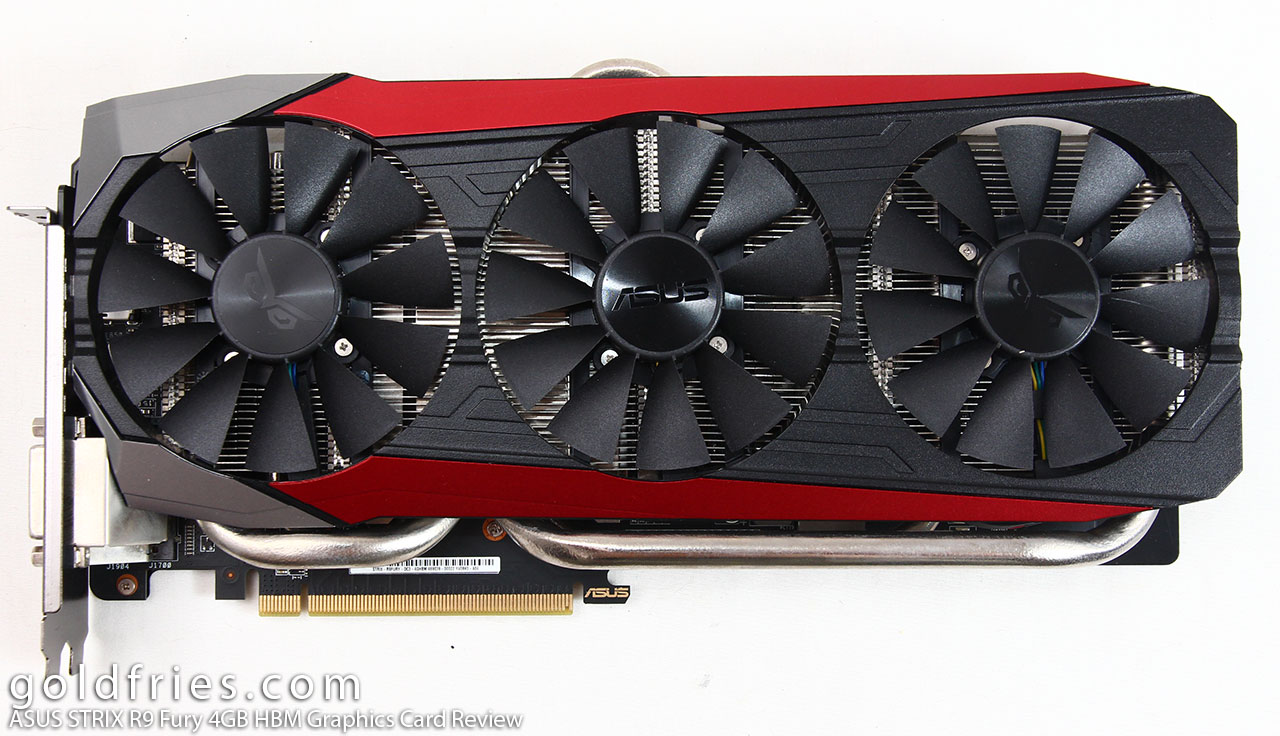 The shroud on the DirectCU III system lights up as the card is powered on, 2x 8-pin PCI-E indicates the card is capable of drawing up to 375W. 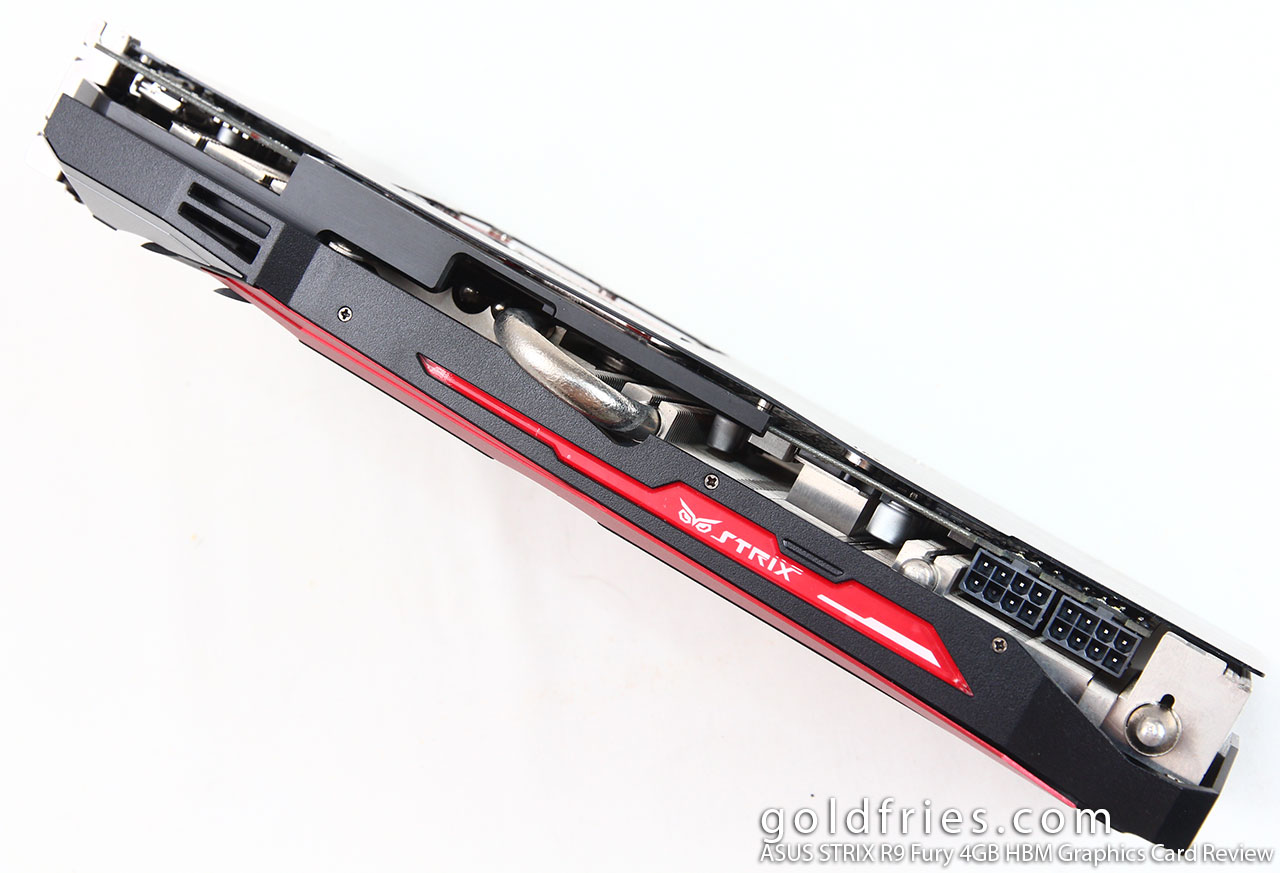 At the bottom the heatpipes are visible, stretching from front to back.

Being an ASUS STRIX model, the graphics card comes with a beautiful backplate with the STRIX emblem on it. 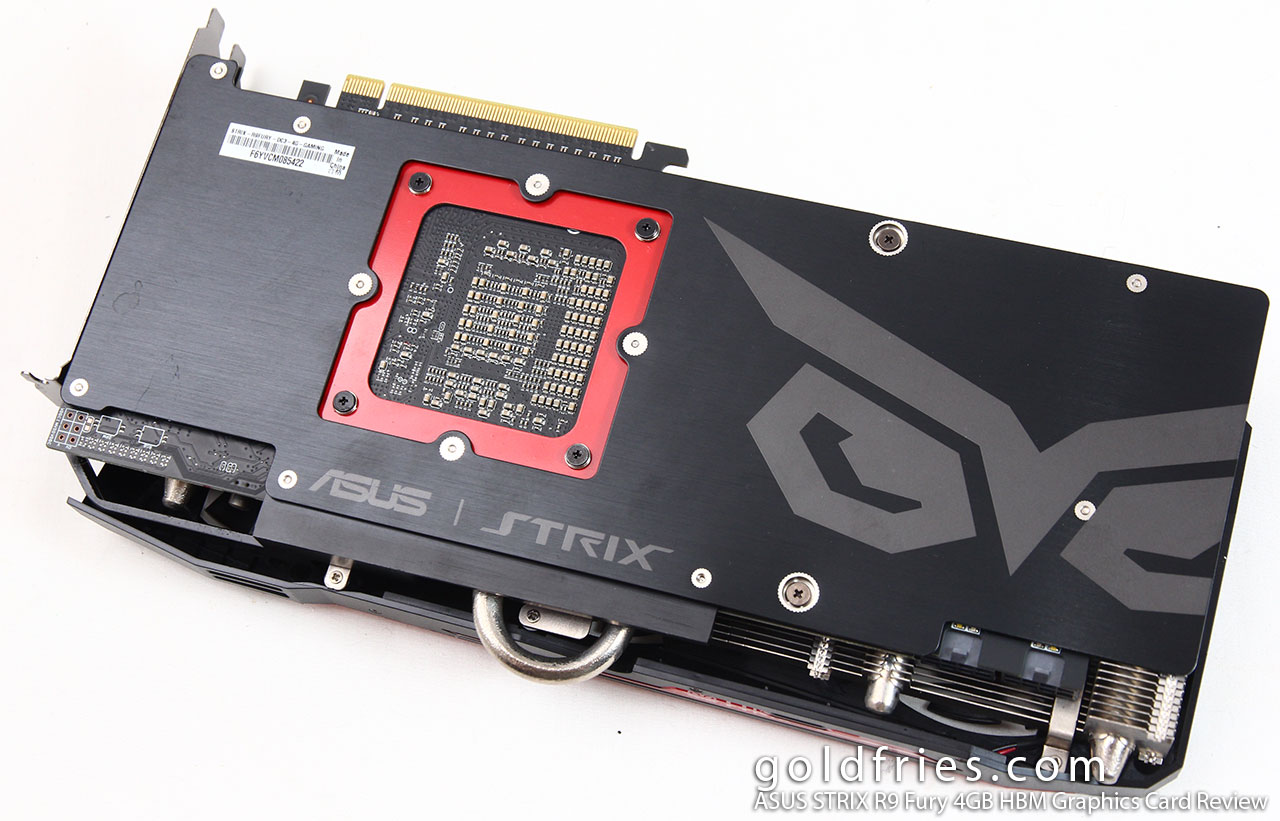 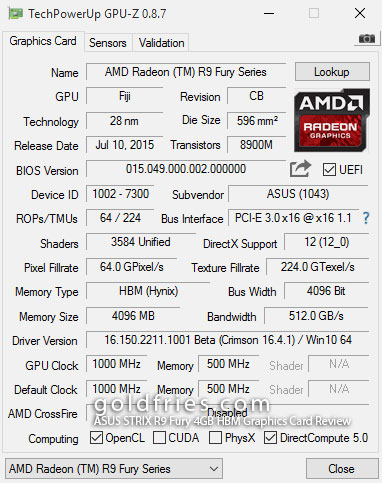 The fan hovers at 19% which is very, and running near silent and doesn’t budget as long as the temperature doesn’t hit the 80s. I noted that the fan only started to move one it hit 83Â°C of which it eventually increases RPM until 46% and maintain the temperature at 80Â°C.

While capable of 375W, the card on full load seems to run at only 237W as the entire system doesn’t even cross 400W wall draw.

The ASUS R9 Fury STRIX Graphics Card retails at around RM 3,000 – while the card is excellent, it’s not worth the price considering the performance is closer to that of an R9 390 card. I believe an R9 390X card could match the performance easily and those cards costs just around RM 2,200 range. The R9 390 in the benchmarks here costs far less, at around RM 1,800 range.

If you have intention to be powered by the red camp (AMD) GPUs then my take is you should look at R9 390 / R9 390X cards. They’re one of the best performers at that price range, with memory capacity advantage over Nvidia’s GTX 980 cards too.