It’s an ASUS, it’s a STRIX, and it’s a GTX 980 Ti – and yet it’s not even the top of what ASUS has to offer, however it’s pretty close to the MATRIX variant. As always with ASUS Strix models, they carry the signature look across the board. 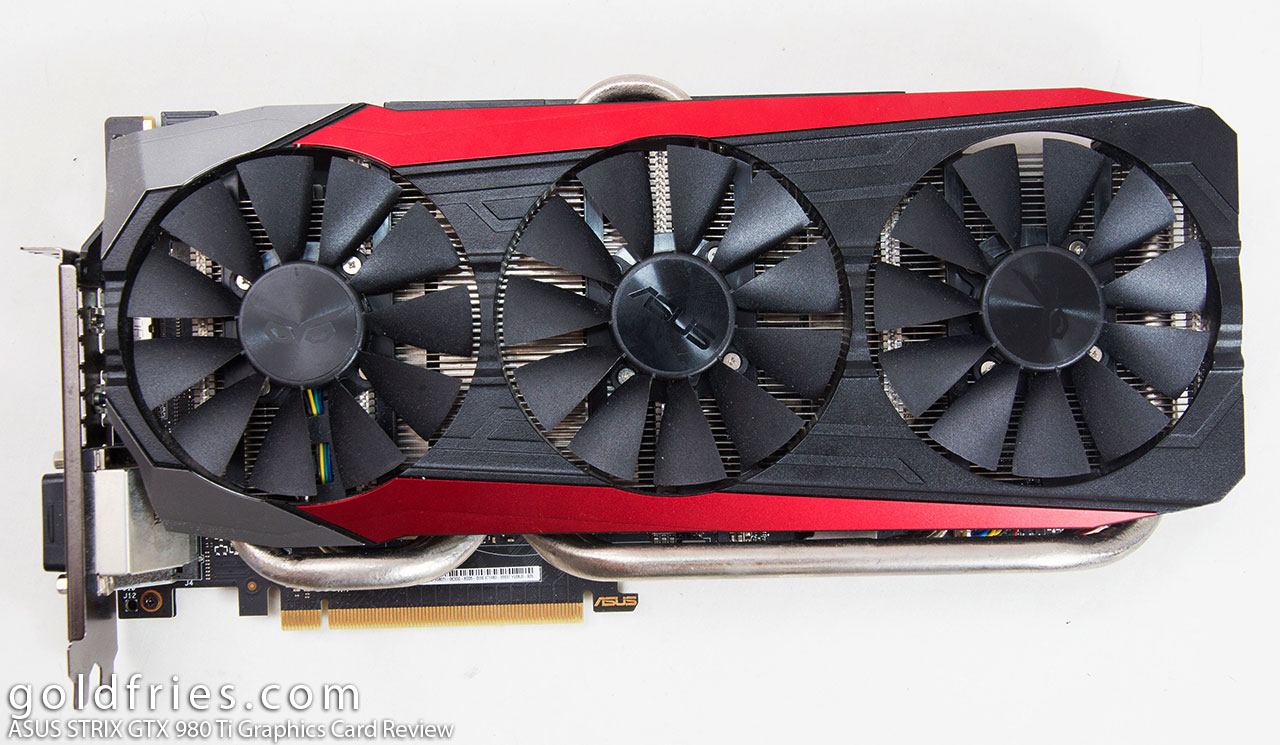 Being a GTX 980 Ti, it is expected to have 2x 8-pin PCI-E power connection, that means it’s capable of drawing over 300W of power. 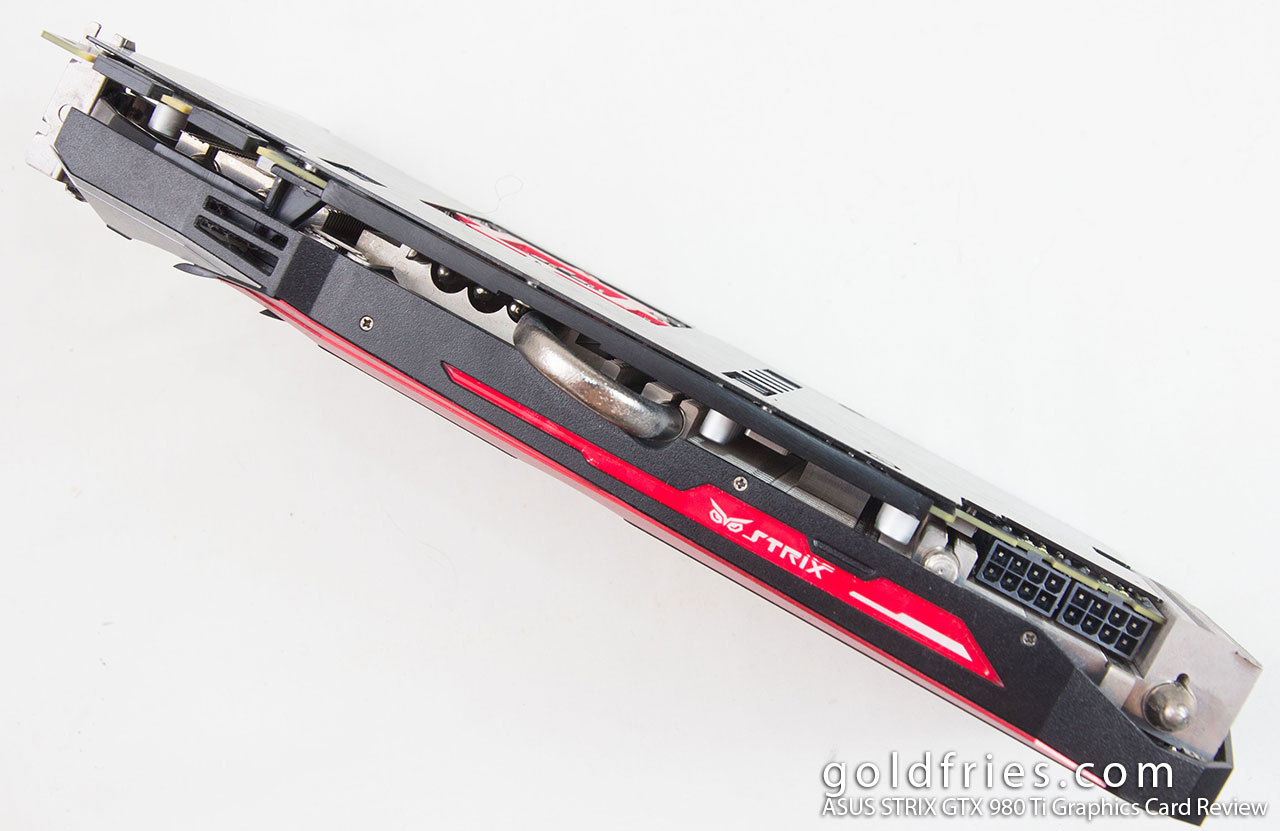 The heatpipe does show up on the DirectCU III cooler, just a tiny bit on the top side (pic above) while appearing from fore to aft at the bottom. 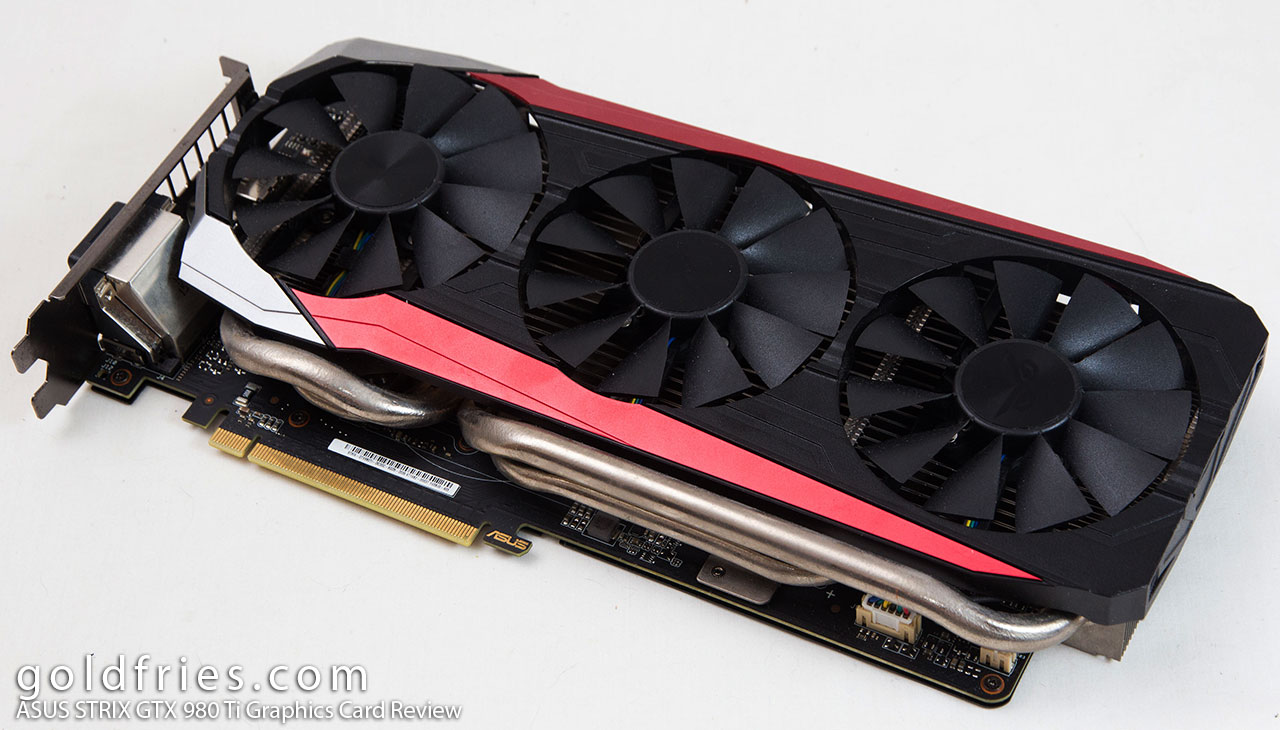 The STRIX GTX 980 Ti comes with a beautiful looking backplate with the signature owl emblem. 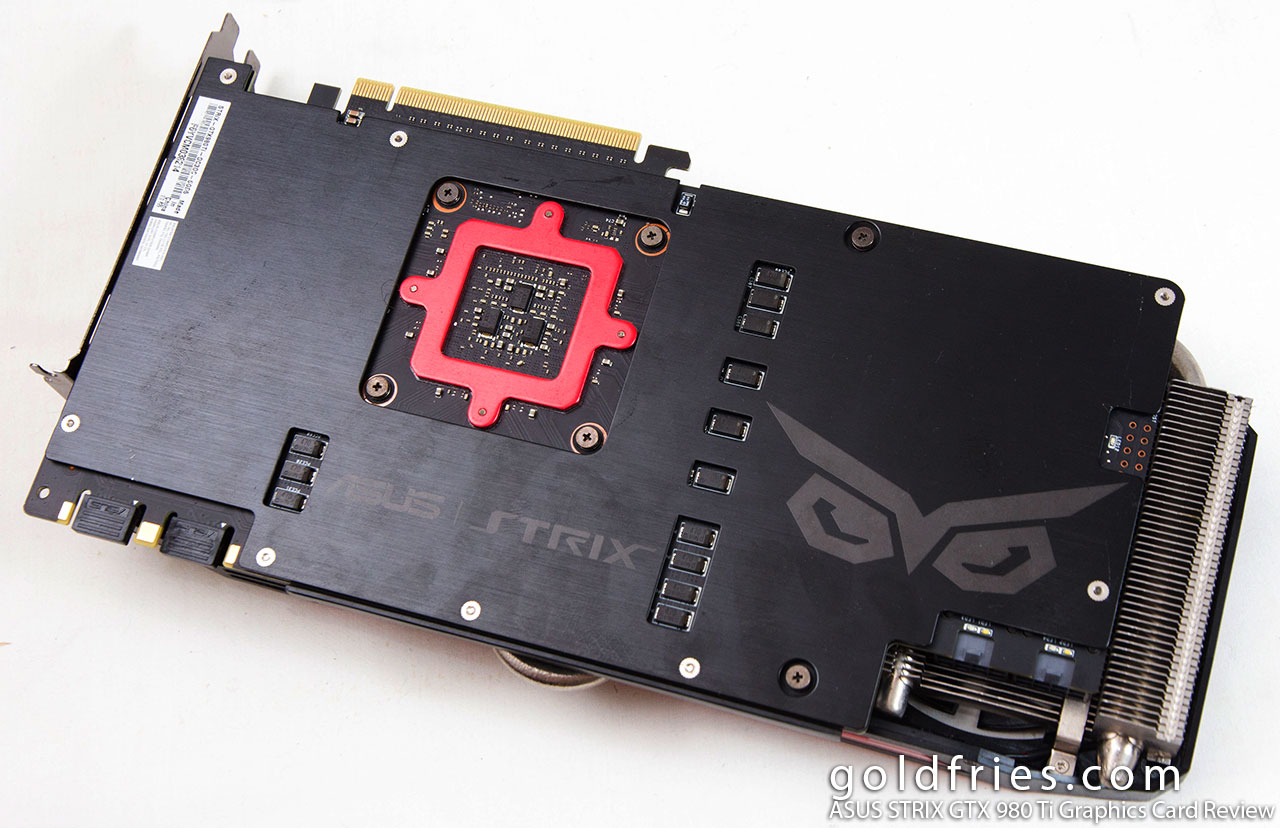 The unit comes with a DVI, a HDMI and 3x DisplayPort output. 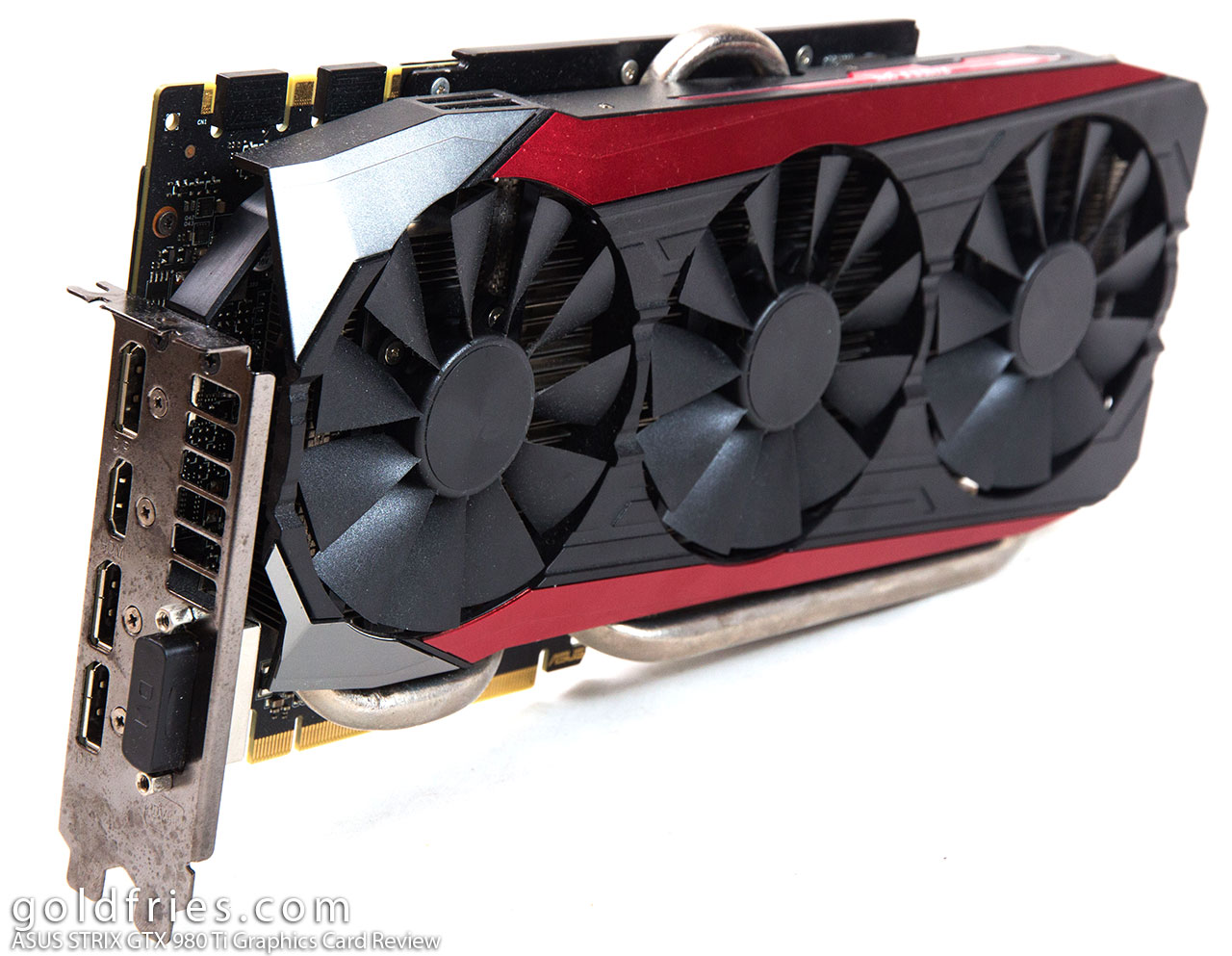 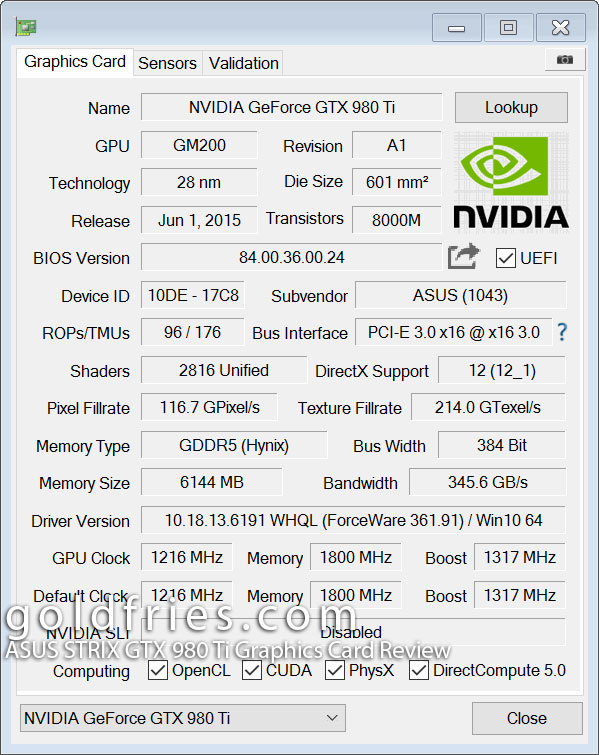 You might be asking – what’s so great about the card? I suppose that other than saying “It’s the ASUS build quality”, the image below would be more helpful. *Psst, click to enlarge!* 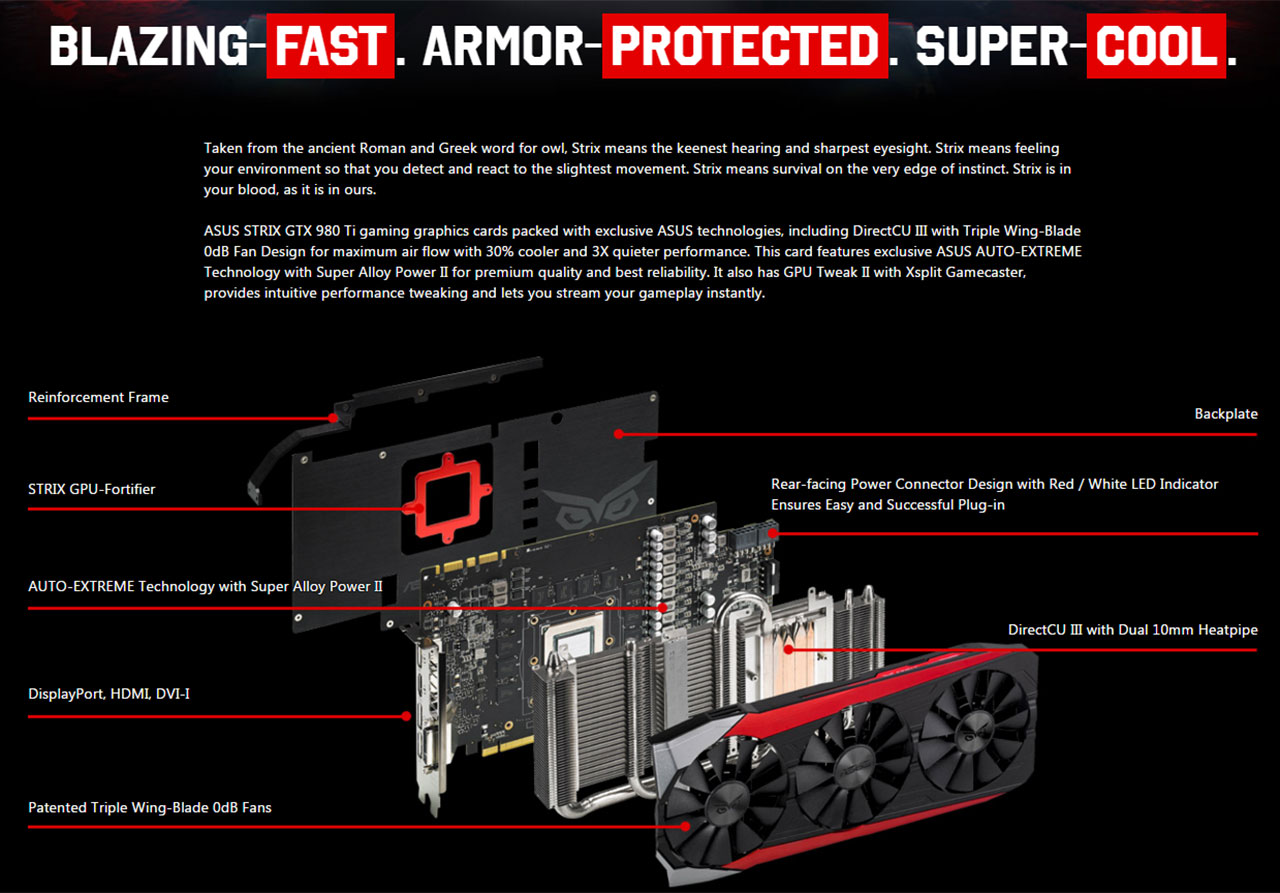 My overclocking attempts weren’t successful with this card, anything beyond 50Mhz on core results in a crash. At 50Mhz increase in core, the performance gain isn’t great so I skipped the benchmark test on the overclocked speed.

The fan hovers at around 52% on AUTO settings where the noise level is silent.

The ASUS STRIX GTX 980 Ti Graphics Card retails at around RM 3,700 – it’s a powerful card out of the box and it comes with the rock solid ASUS DirectCU III cooling system which is one of the best looking coolers around. The card comes pre-overclocked and leaves very little headroom to push further.