The news about AMD entering the SSD arena wasn’t a joke, with us here at goldfries.com’s lab is the 240GB version of the AMD’s range of SSD. 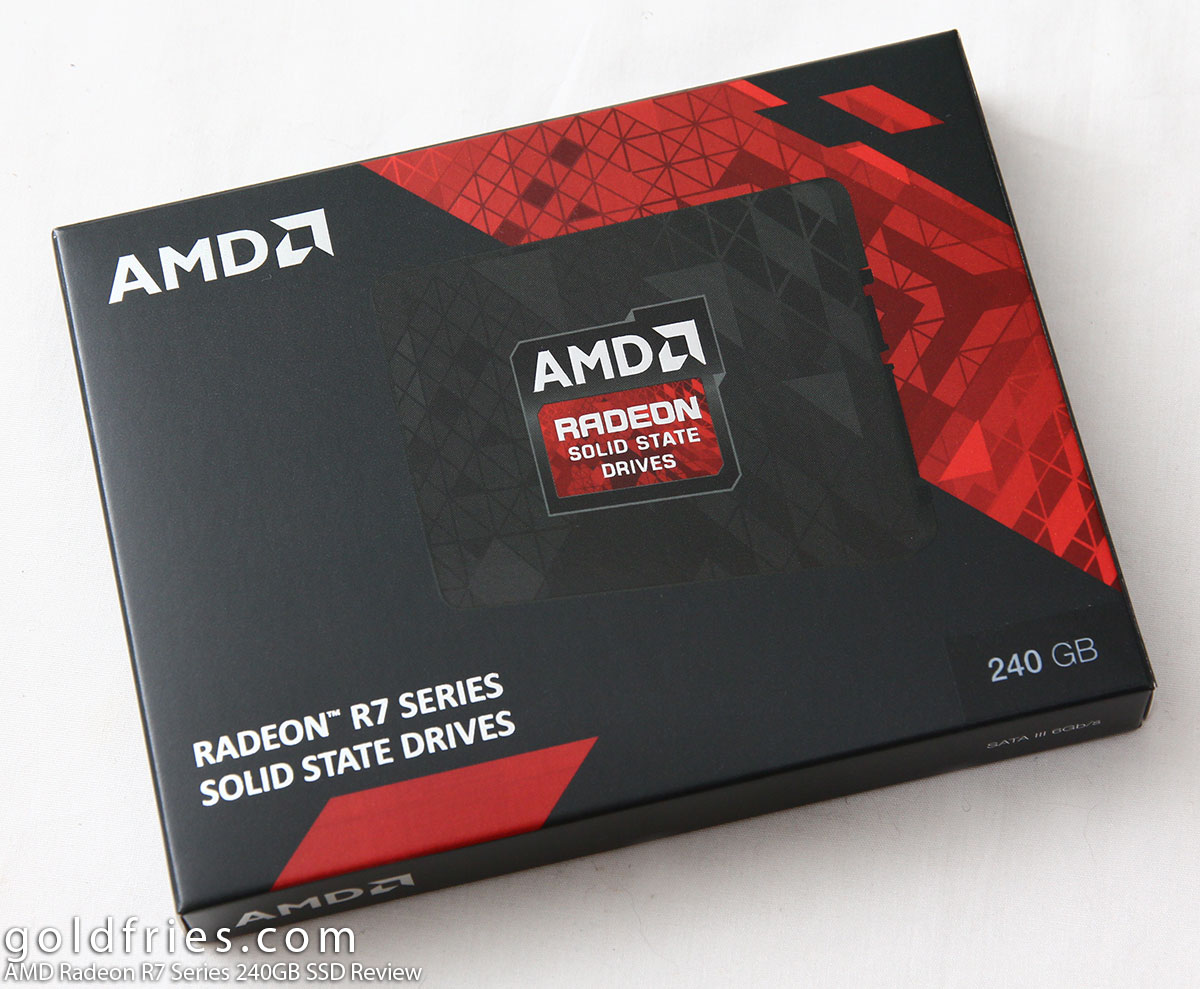 Within the package lies the SSD, a drive bay adapter and some screws. 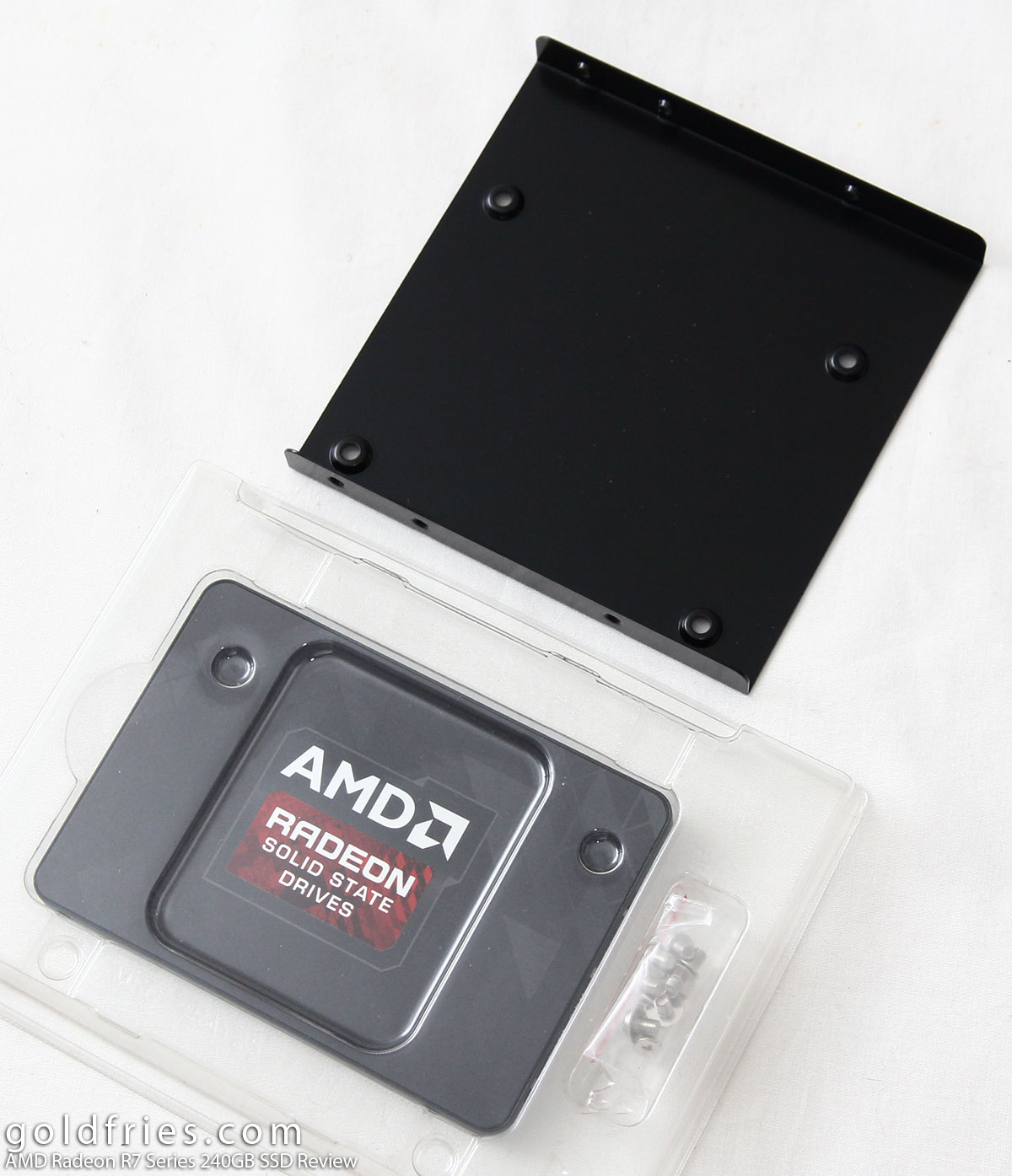 AMD’s signature red & black theme is all over the place, the patterns on the box are also seen on the drive itself. 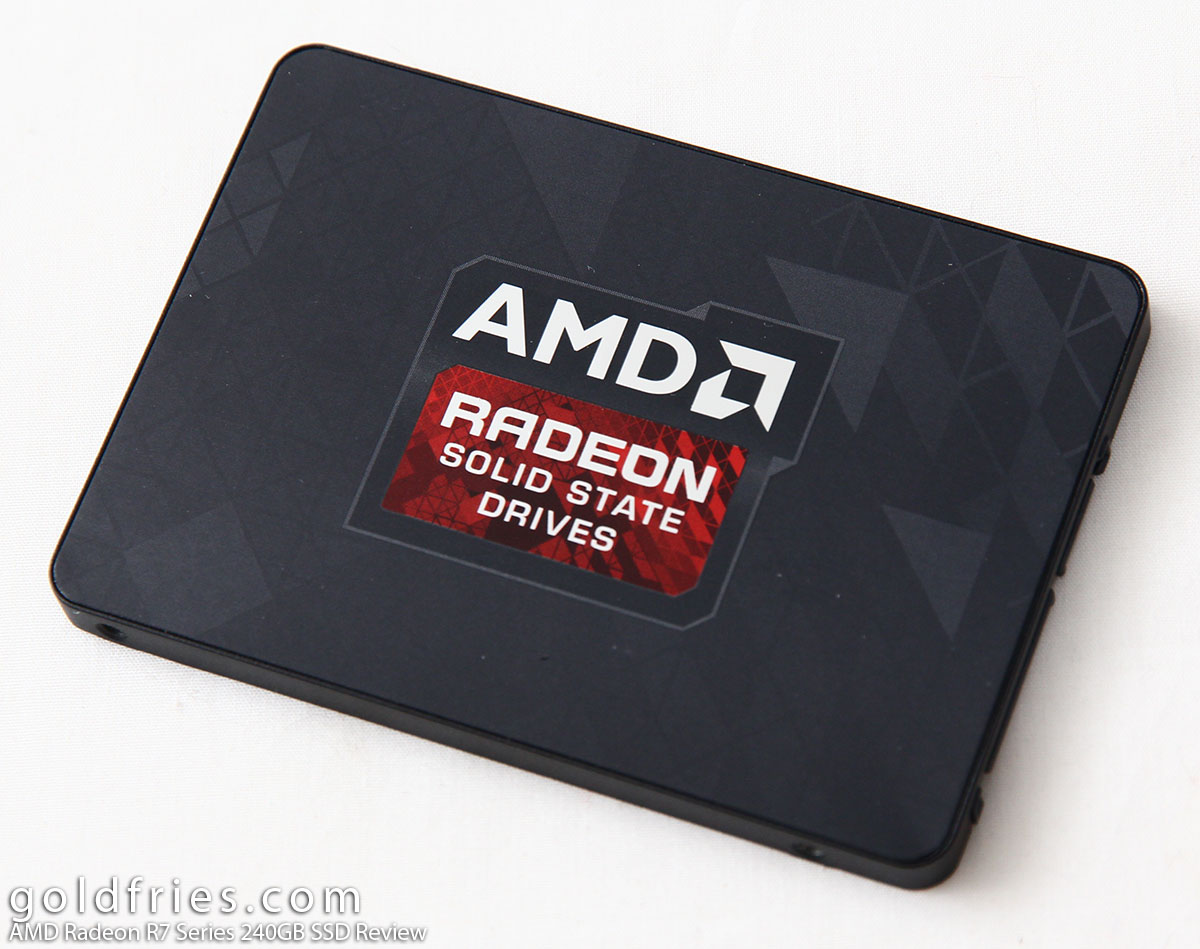 Lo and behold, it’s an OCZ product! 🙂 And you thought AMD is into SSD production, no they are not. According to TechPowerUp the Radeon R7 SSD is basically an OCZ Vector 150, that’s downclocked and using slightly newer flash chips. 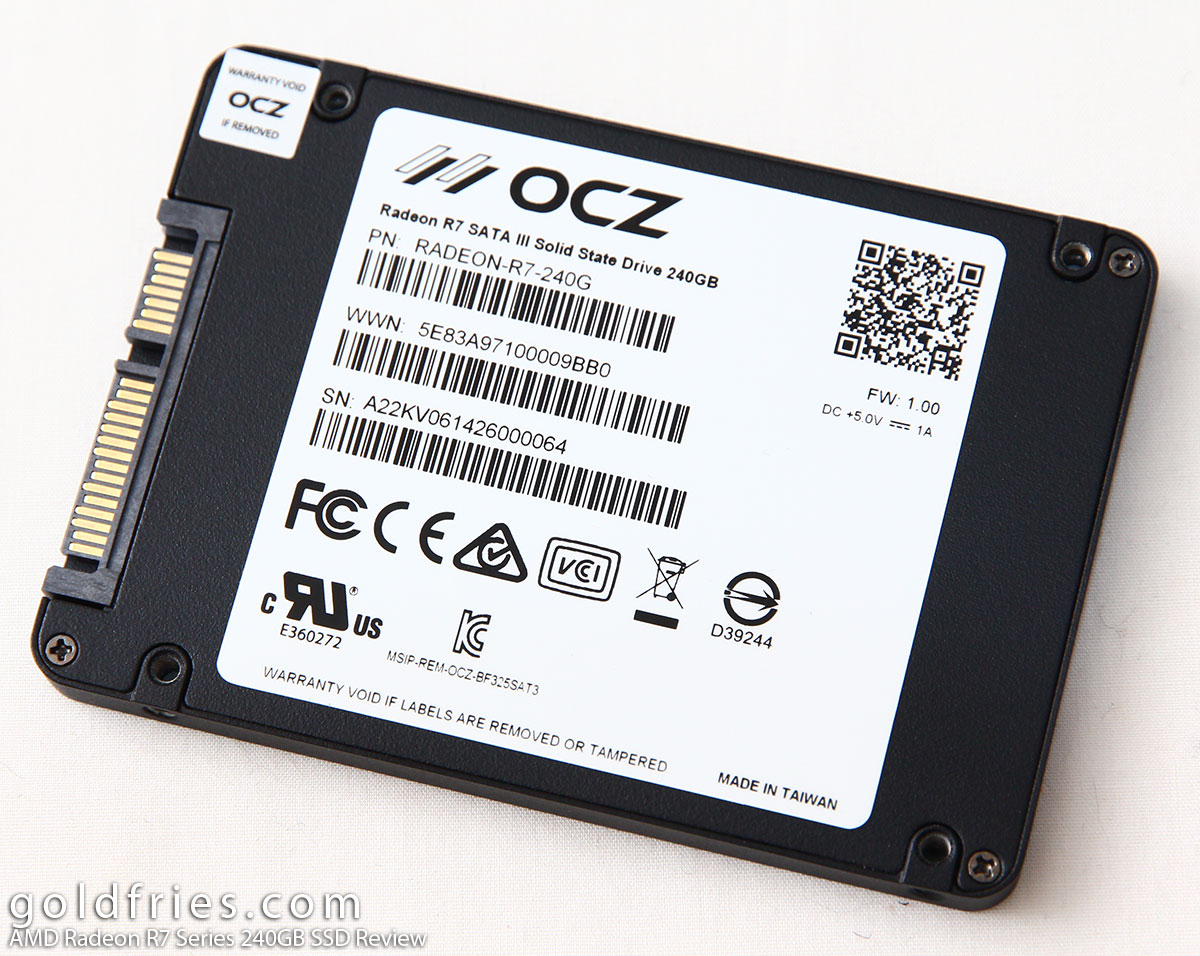 Here are the key bits from the Press Desk from AMD. 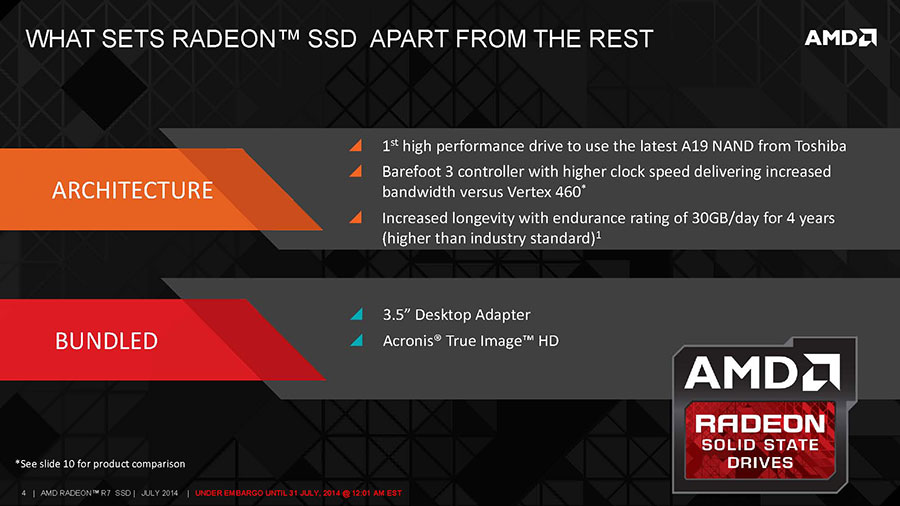 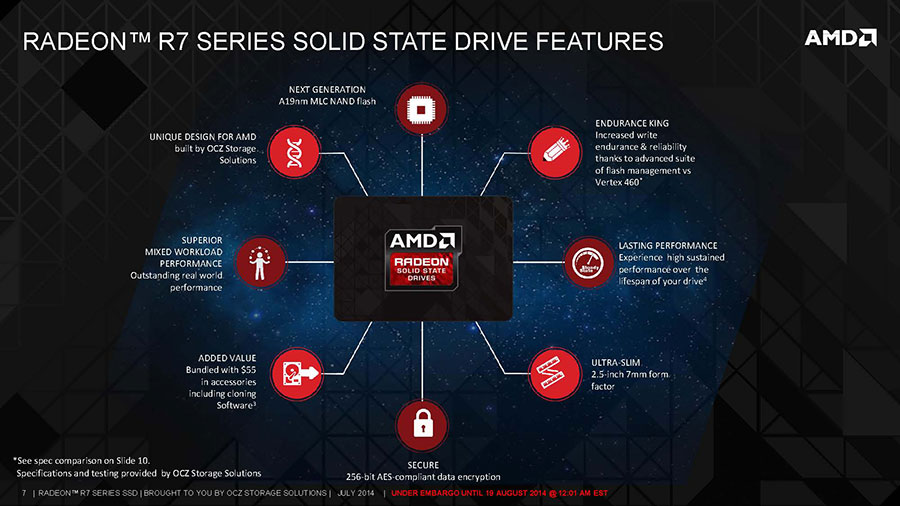 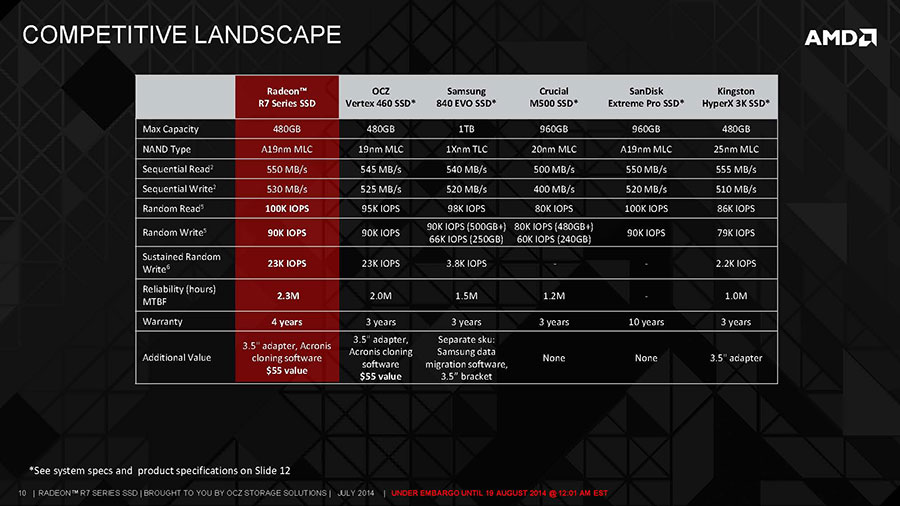 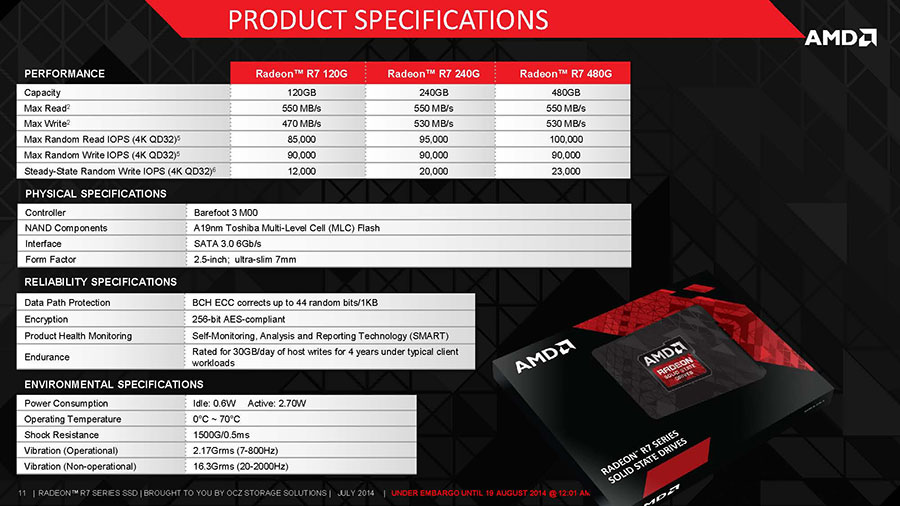 Starting off we have benchmarks from ATTO. 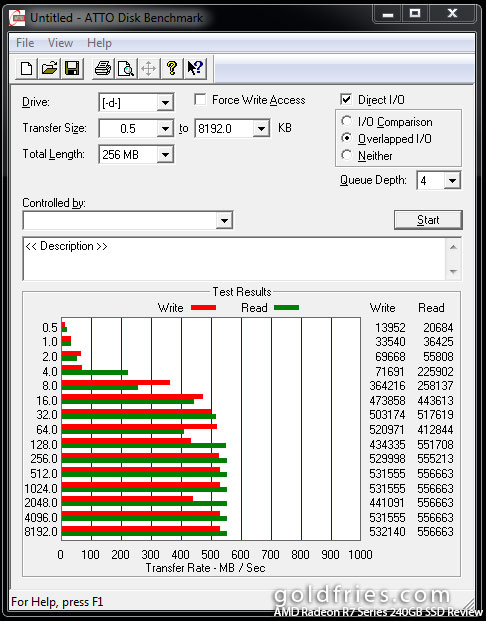 The next benchmark is from CrystalDiskMark 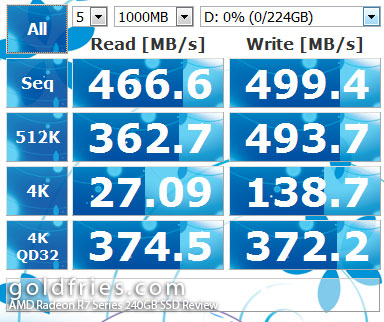 The read and write speeds are really good and you shouldn’t worry about not getting anything close to the rated performance.

The AMD Radeon R7 240GB retails at $164 USD and comes with 4 years warranty. No details on availability and pricing for the Malaysian market yet but I’ll update the post should I receive any news.

As long as the price in Malaysia hovers around RM 500 range, it should be decently competitive towards other drives in the market.