Probably the most under-rated processor this year, the AMD A4 4000 APU is actually a really good processor. 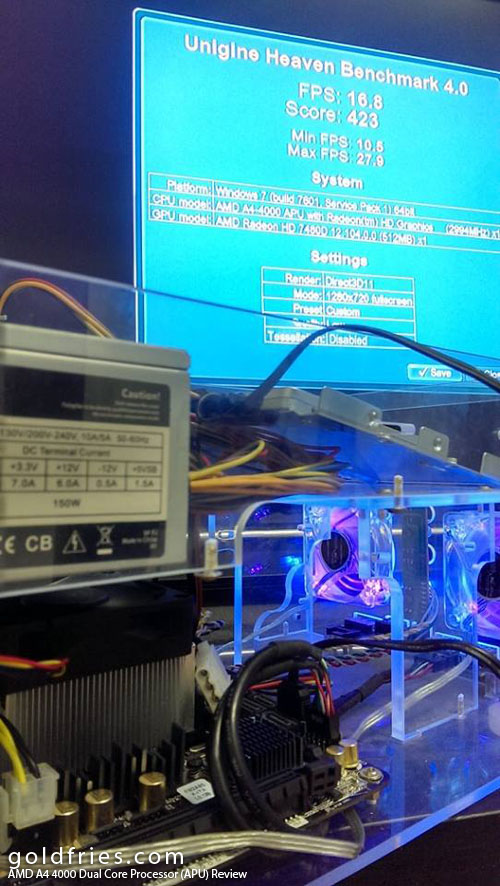 Saw the image above? It’s powered by my PSU that’s more than 5 years old. It’s a 150w PSU from Sunbeam and it powered the rig with 2 drives and a few fans just fine.

Let’s move on to the good bits.

Below are the details of the CPU and IGP 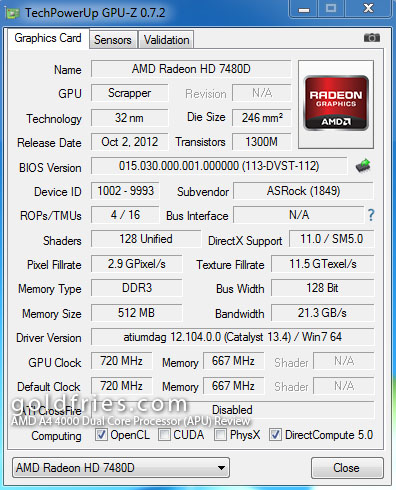 In reference to the AMD processor list ….. I think AMD needs a sledgehammer on the head for not listing this processor there. 😛 Even the A10-6800K isn’t listed! Ohmai AMD – what have you been doing!??!

No product page link this time.

Starting off with Processor tests… 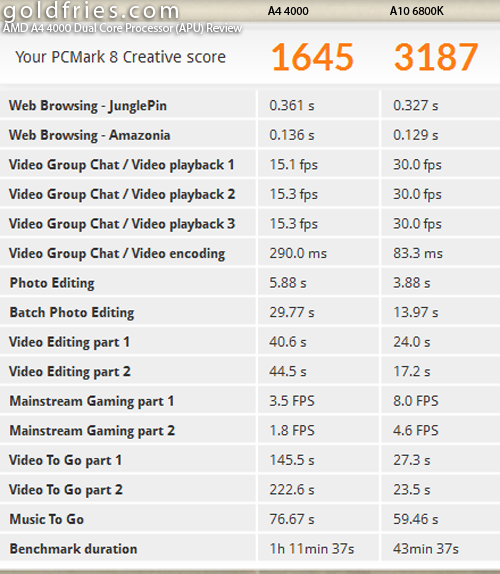 Then the video test…

I kid you not. It’s really that far behind.

Now moving on, the GPU test.

Due to the APU’s graphic processor being on the weaker side, I tested with various resolutions and detail settings to give you a better idea on what the APU can do. Fortunately this time, the setting of Dual Graphics worked without a hitch.

It’s not that bad actually, have a look at the video below.

The camera recorded video is to show the machine (lower left side) and the FRAPS number. I’m not using FRAPS to record the video because this really isn’t the processor that one should do recording with. 😛

Running an Intel 60GB 330 Series SSD and a 1TB Western Digital Blue Slim HDD, the system is powered by a 150w (yes, you read that right) PSU from SunbeamTech that’s about half a decade old. 🙂

Here’s the temperature test for the both Richland unit.

I have no explanation for the above. They were tested with the same setup, same environment.

Yes, you saw that right. It’s a lovely processor, I have no problem recommending it for really low cost gaming setup. Not every game is graphically demanding. If you’re with 720p resolution with reduced details AND insist on keeping the cost low then I highly recommend using the A4 4000 APU.