If you’re just looking for an APU for performance then I think the A10 6800K holds that title, it performs quite similarly to the A10 7850K and should see a drop in price but the beauty of the A10 7850K is mainly in the technology it holds within. 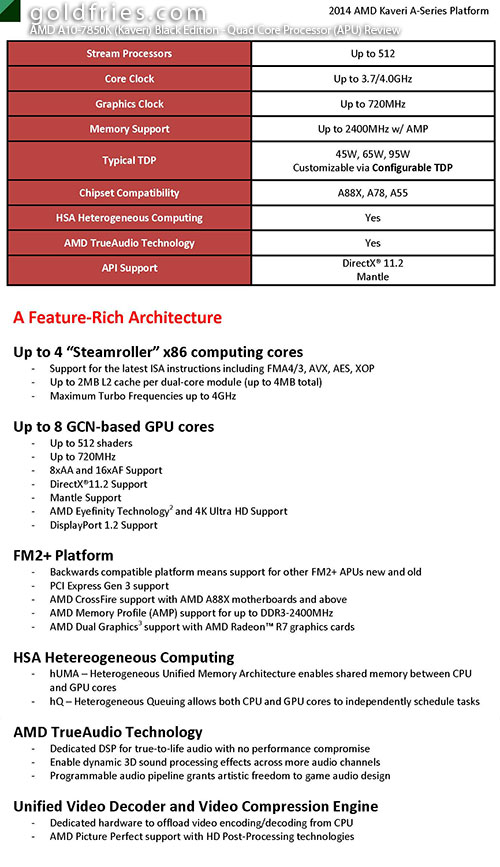 The performance is certainly not revolutionary and the power consumption is still awfully high at 95w TDP (urrgghhh!) but despite its shortcomings, the A10-7850K certainly has charted the path of being the game-changer, especially with all the goodies listed above.

The Kaveri comes with HSA, Mantle and TrueAudio support and that opens a whole new avenue for developers to explore and in the future, for the consumers to enjoy. When you have a Kaveri unit, you’re already including those technology in your arsenal.

My view of the Kaveri now is that the value of this processor definitely will be better appreciated once the upcoming game titles begin to showcase performance improvements, especially with Mantle and TrueAudio.

Here’s a video from AMD.

All in all, I’m very happy to have the have the most advanced consumer processor in my lab. 😀 Can’t wait to see what the future holds. Great stuff from AMD!