Below are the details of the Creative test used – stock vs overclocked, vs a Core i5 4670K. 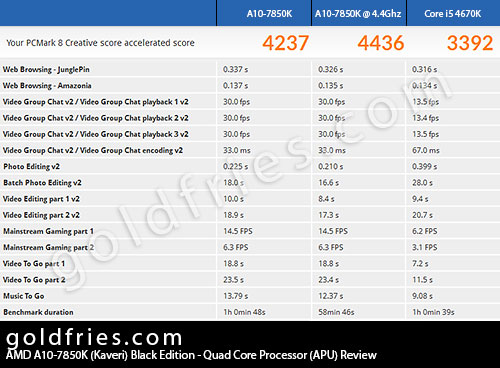 Impressive! The slower speed APU processed faster, I didn’t see that one coming. I did a bit of studying on this, it seems that it’s documented in one of AMD’s datasheet that they increased the IPC (Instructions per clock) for the new APU. IPC increments aside, the APU is still no match to Intel’s Core i5 and AMD’s own FX range of processors.

Let’s move on to the benchmarks for the APU’s graphic capability.