A cheesy title to a hit game that’s hated by many that’s already removed from both Apple’s App Store and Google’s Play Store ……… WTH!?!? Why even bother with a guide! 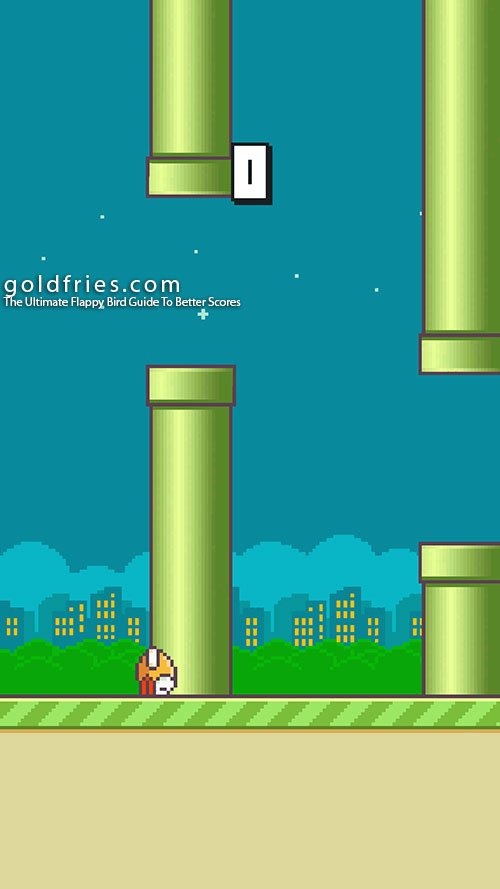 😀 Well, there are many who downloaded the game but couldn’t even get past the 3rd pipe. With the game’s removal from the stores, they now have a game that resides on their device that they hate because they’re not progressing but refuse to uninstall because it’s a “rare thing” now.

So here comes goldfries with a guide to help them savor the game, at least for a bit.

Here are some tips on how to possibly improve your score, besides knowing when to tap and how the bird responds to each tap that is. 😀

1. DO NOT look at the score when you’re playing. Just focus on getting the bird across the pipes, your excited ego tends to make you look at the score and that my dear is the most major cause of a dead bird. (Apparently this bird is extremely fragile).

3. Volume – the game is without music but the sound effects (eg the whoosh of each flap and the really loud PING for each passing of the pipe) from the game can be a distraction. Some people play better with sound, others don’t. What you should do is try to play the game in silent mode (volume down to 0) or try it with the volume anywhere in between.

4. Brightness – your screen’s brightness could affect your gaming experience. Try it at various brightness settings and see which one works best for you, and try not to use AUTO brightness as the sudden change of intensity during game could cost you your bird.

5. Disable Notifications – There’s nothing worse than losing your awesome streak from a “low battery” notification, I was at 26 and on a roll last night before coming to a dead-end due to that. Then of course there are other stuff that running at the background like E-mail sync, FB notifications, Whatsapp / SMS messages and other things – all of them could lag your phone a bit and that’s all it takes to screw up your bird.

*HINT : play at full charge or have the charger connected, and disable WiFi / Data connectivity.

6. Is your phone with a thick layered protection like an OtterBox Defender? Removing it could make you do better, I scored 44 with the OtterBox Defender on so it makes me question whether I could score higher if I wasn’t using it. Hrmmmm …….. 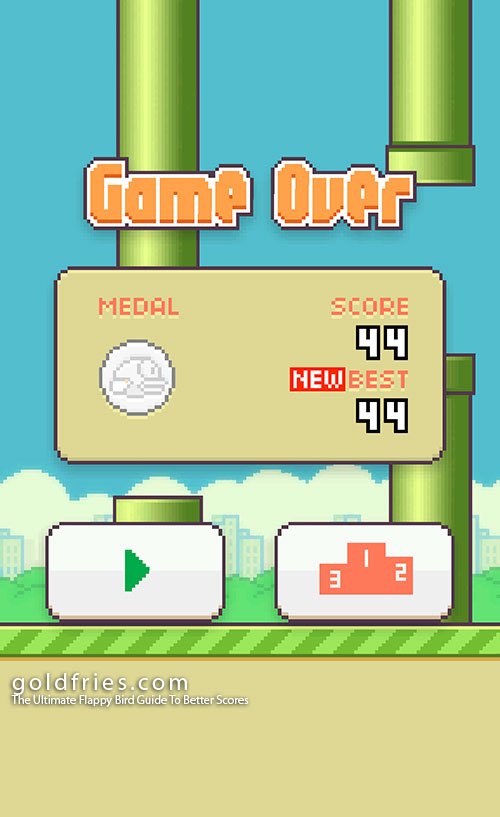 7. Be comfortable – any form of distraction like flies, itch, random smell (foul or fragrant), TV and whatever else could also break your game.

When All Else Fails

😀 You should be happy to score 10 points, Bronze medal starts at 10.

In the event that you are totally incapable of scoring 10 despite countless hours of playing then clearly you’re not a Flappy Bird person. Don’t worry, that doesn’t make you a person who’s lousy at games.

You can try the following

1. Flappy Bird (Web) – well it’s Flappy Bird, instead of tapping the screen you click the mouse. It might work on a touch-screen device as well but I haven’t tried. 😀 Who knows you’re better with the game using mouse clicks than screen taps!

2. Flappy Doge – for you Doge lovers out there. *Shame on you if you don’t know Doge*

3. Ironpants! NOTE : It says PANTS, not PANTSU. Download it on AppStore or Play Store – either way you’ll be in for more frustration and &*@^#$(*&@^ moments than Flappy Bird. 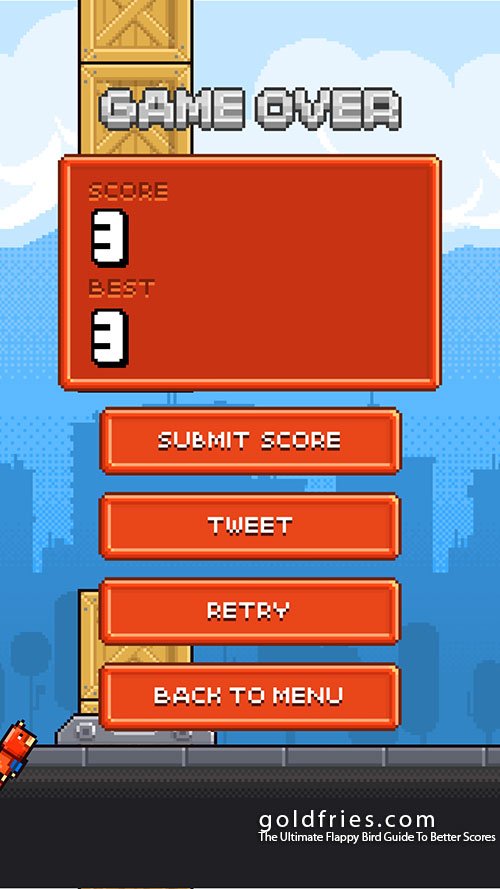