3DMark API Overhead feature test – the world’s first independent test for measuring differences in DirectX 12, DirectX 11 and Mantle API performance. Developed with input from AMD, Intel, Microsoft, NVIDIA, and the other members of our Benchmark Development Program, the 3DMark API Overhead feature test lets you compare the performance of DirectX 12, DirectX 11, and Mantle.

The purpose of the test is to compare the relative performance of different APIs on a single system, rather than the absolute performance of different systems. The API Overhead feature test is not a general-purpose GPU benchmark, and it should not be used to compare graphics cards from different vendors. (We are working on a DirectX 12 benchmark with game-like workloads, which we expect to release soon after the public launch of Windows 10.)

Why is API overhead important?

The benefits of APIs with lower overhead are actually achieved by making better use of multi-core CPUs to streamline code execution and eliminate software bottlenecks, particularly for draw calls. A draw call happens when the CPU tells the GPU to draw an object on the screen. Games typically make thousands of draw calls per frame, but each one creates performance-limiting overhead for the CPU.

How does the 3DMark API Overhead feature test work?

If you are unable to view the video, here’s a summary of the test I conducted. 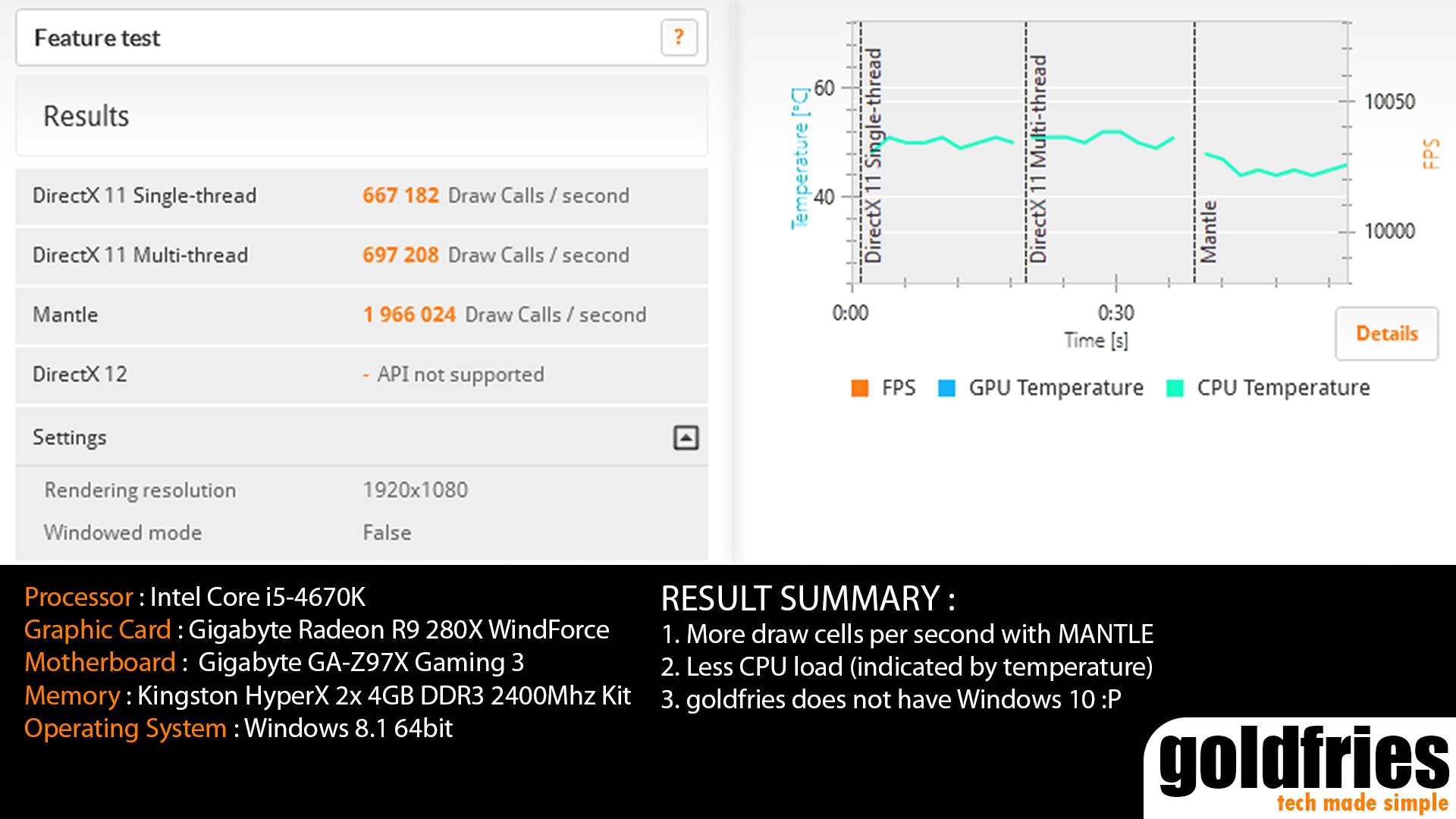 Sorry, I do not have a Windows 10 machine at the moment. 😛 Judging from the report of others with Windows 10 setup, the DirectX 12 performance is slightly behind that of MANTLE.

What are the system requirements?