Just yesterday, an article titled “WARNING!!!! If you take photos with your cell phone” went viral but little do people know that both the title and the content of this said article were misleading. 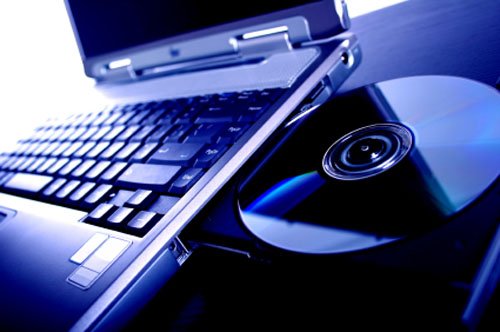 Do smartphone pictures pose privacy risks? Yes, and No.

â€œWarningâ€ If you, your kids or grand kids take pics from your phoneâ€”WATCH THIS!

This is truly alarming â€“ please take the time to watch. At the end theyâ€™ll tell you how to set your phone so you donâ€™t run this risk!

PLEASE PASS THIS INFO TO ANYONE YOU KNOW WHO TAKES PICTURES WITH THEIR CELL OR SMART PHONE AND POSTS THEM ONLINE.

I want everyone of you to watch this and then be sure to share with all your family and friends.

Itâ€™s REALLY important info, about what your posting things on your cell phones can do TO YOU!!!

Too much technology out there these days so beware…..

PLEASE TAKE THE TIME TO WATCH THIS VIDEO, AND TAKE THE RECOMMENDED PRECAUTIONS.

If you have children or grandchildren you NEED to watch this. I had no idea this could happen from taking pictures on the blackberry or cell phone. Itâ€™s scary.

The author might have written it out of fear and lack of understanding but I can totally understand where he’s coming from, I would be concerned if I were in his shoes.

While I understand the concerns of the author and I also think that it’s great that the article went viral to strike some awareness regarding privacy and safety issues, I think a better picture needs to be painted to have better understanding of the whole matter as I see that it’s blown quite out of proportion.

The article isn’t wrong at all to begin with, albeit the title and content could mislead people to think it’s only limited to cellphones / smartphones and pictures.

Before we proceed, please have a look at this video if you haven’t. It’s from 2010.

Nothing new? Really? Yuppers, it’s nothing new. The video was published in 2010. Location Services have been on mobile devices for ages.

To give you a better idea on this, let’s look at Foursquare. Foursquare is a social network that focuses on mobile devices, by allowing users to check in at their location. Users can even content to be a “mayor” of a location by checking in often as the one who checks in the most gets to be the mayor. 🙂

Foursquare was launched in the first quarter of 2009, so the technology has been around for more than half a decade.

Not Every Picture Uploaded Has Embedded Data

Sites like Facebook strips the EXIF data off your image, so right clicking on the browser (with EXIF viewing plugin or extension) will not get you anything. You can’t get anything even if you downloaded them.

Sites like Flickr on the other hand, stores details of your EXIF data and even location. Even so, you’ll have to enable it before it actually does so. 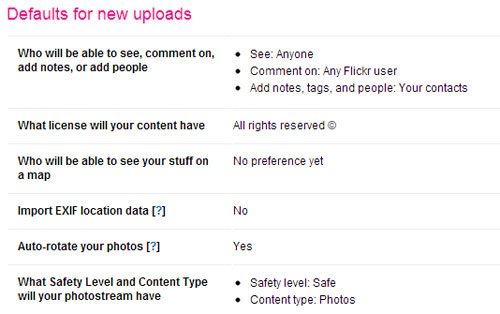 Disabling Location Service is fine for me as I don’t check in on Foursquare, I don’t use Google Maps for traffic directions unless I need to, and I sure don’t need the battery drain that comes from using such service BUT not everyone uses mobile devices like I do.

Some people use Google Maps, Waze or Google Now all the time, others love to check-in on FourSquare. For individuals as such, they can always change the settings on the application level.

For example the image below was taken from my Samsung Google Nexus’ camera. With just a few touch you can disable the geo-tagging feature on the camera. Once this is enabled, there will never be location data on your pictures. 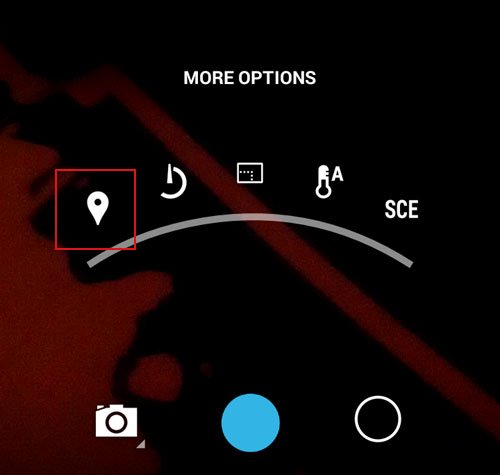 NOTE : The above is only for the device I’m using, a Samsung Galaxy Nexus on Android Jelly Bean 4.3. Your device settings WILL vary, please consult your closest available techie for assistance.

Even as I was writing this article, the FourSquare page I loaded asked me permission to use my computer’s location. 🙂 Take care whether you allow or deny such access. 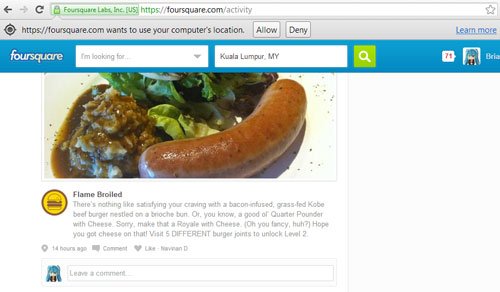 As what I mentioned earlier, the article was all too focused on phones. Geo-tagging capabilities are available on camera too! Even DSLR like the Canon EOS 6D comes with such feature. It looks like a lot of people love to announce their location 😛 but you can’t deny that such location tagging feature are useful to track which location you took what pictures so you can go back there again someday, or at least have a memory of where you took it at. It’s not a bad thing actually. 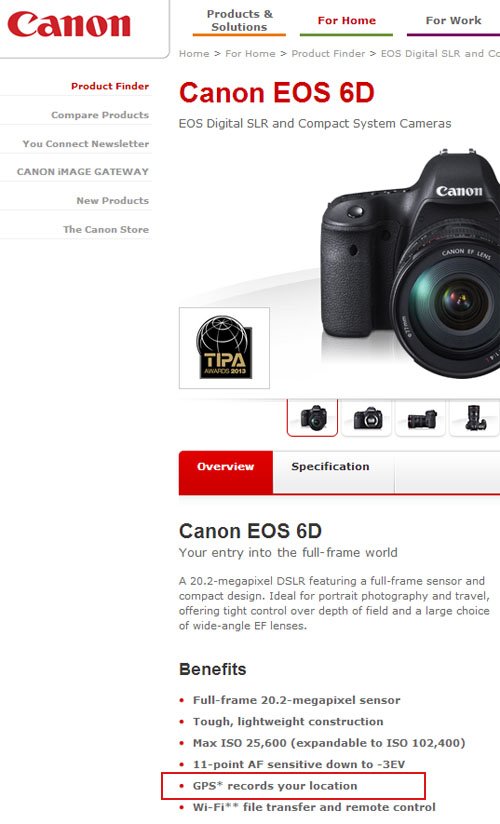 Fortunately, you need not worry about it unless your camera has such feature and it’s enabled.

And you wouldn’t have to worry about uploading them either as sites like Facebook removes such data and sites like Flickr that is capable of keeping the data in tact, will not do so unless you set it so.

I think the video exaggerated some points. For example, if you were to photograph your daughter in a room – no one’s going to be able to match it to where the room is unless they’ve been there.

The scenario changes when you start posting more obvious contents, for example if you post a photo of your daughter in her school uniform then it’s a dead giveaway of which school she attends. And if you post every Monday of her having lunch at her favorite restaurant, that’s even more a giveaway.

I’ll let the video below do the talking

Did you know that marking of location is MORE than just about pictures?

Sure, Facebook removes EXIF data and all but did you know that Facebook is still capable of knowing your location with just your posts?

If you have the time, just have a read about Facebook : Location. 🙂 Of course, Facebook is aware of the different needs and concerns of people, thus there are options available for you to disable it, or even set it to be only viewable by selected people.

When it comes to pictures with location data – the risk is there as long as the device is capable of embed geographical location data, and it is a matter of where you upload to and whether you have the settings set to your preference. It’s not limited to your phones. Please DO NOT let the lack of understanding, stop you from using your mobile devices to capture moments with your loved ones. They are memories.

Please also DO NOT think that avoiding pictures mean you’re safe either. Some people don’t post photos at all but they treat the social network as a digital diary.

Posting details like you’re driving off to pick up Nancy from the day care center, or how it’s bad is the traffic on way to the day care center and all – you’re just exposing your daily activities to the world, and it poses far greater risk than what any picture could do. *Refer to the 2nd video posted*