It’s interesting to see how many came to a conclusion based on WCCFtech – Nvidia Poised to steal Cryptocurrency Mining Crown from AMD with Maxwell, that the new nVidia GTX 750 series cards will change the mining scene. 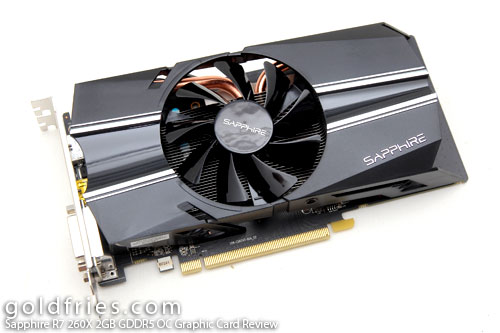 From my experience in coin mining experiments – NO, the GTX 750 series will not make any difference to the scene at all but that wouldn’t be the case if some high-end Maxwell shows up. In any case, the article isn’t wrong but I believe that I could shed more light in regards to this “new challenger” to the scene. 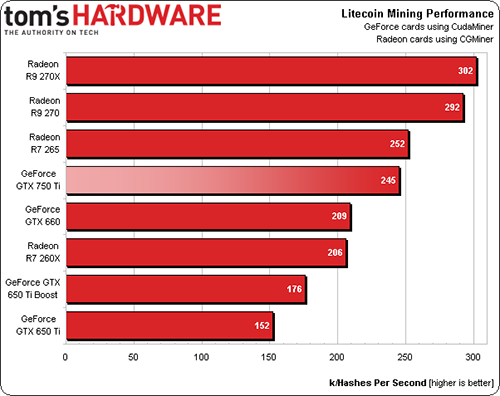 Image above taken from Tom’s Hardware.

The graph above seems to put the GTX 750 Ti in LTC mining favor (considering its low power consumption of 60w) but I guess what Tom’s Hardware doesn’t realize is that a Radeon R9 270 is fully capable of mining at 400 Khash/s without overclocking. 🙂 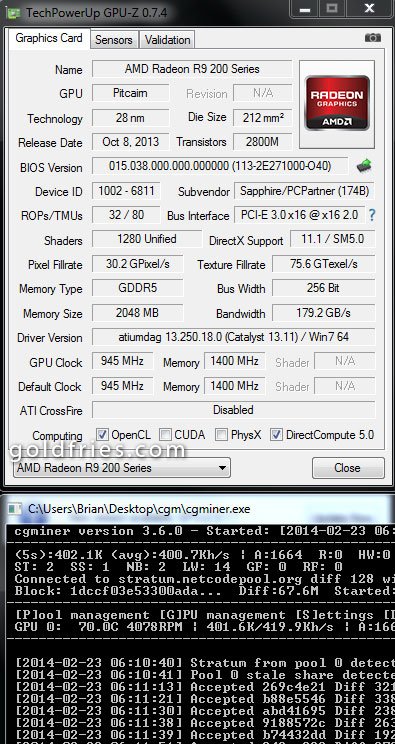 The GTX 750 Ti’s achievement is nothing new but nothing too spectacular as AMD’s Radeon HD 7790 that was released 1Q 2013 runs at 80w and I manage to get it to churn 243khash at significantly downclocked speed, I reckon it to be around 70w.

Now let’s have a look at the table below.

*Price based USD to MYR at 3.3.
**Calculation based on 14 USD per LTC and Difficulty of 3300 – (Calculator Link)
**Running Cost is based on KwH vs rates by Tenaga Nasional Berhad (TNB) (Click for the calculator)

Without cryptographic currency mining experience, one would’ve just assumed that the GTX 750 Ti would be the awesome choice if one were to setup a simple mining machine but the above table shows that this isn’t the case.

*Yes, I rounded the figures for ease of calculation.

Here’s what it looks like after letting the cards mine for 6 months,

Some might argue that the R9 270 requires a more powerful PSU, that’s true but a low-cost unit like the FSP Hexa 500 would work just fine for either cards.

After 6 months both the AMD Radeon cards have more than cover their initial costs while the GTX 750 Ti card is still in the negative.

I think the Maxwell is a step forward for nVidia but it’s far from being an attractive option for serious miners. For the casual person with low wattage PSU and want to try out some mining, I think it’s a pretty decent choice but the AMD’s Radeon R9 270 is still the better choice.

Until nVidia releases a high-end card that’s competitively priced and able to hash at a much lower power draw, the scene isn’t going to change just yet.

In the end, the R9 270 is still a best option, even the aged HD 7790 does very well too. 🙂 It’s just too bad most reports are done by people with little to no knowledge of the challenges involved in cryptographic coin mining, thus lead to believe that the better GPU is a GTX 750 Ti when it’s not the case.

What about the 300khash for an overclocked GTX 750 TI mentioned in the report? From my calculation, if one managed to run the overclocked version at 70w, the returns are much better with RM 23.76 surplus after 6 months but with a monthly profit at RM 111.46 it’s no where as good as the R9 270 nor the HD 7790.

Bear in mind that the calculations done in this article are with the assumption that the GPU is running at 24/7 with no breakdowns, server maintenance, Internet connection down time, software crash and turning the GPU off for work and play.