News of the nVidia GeForce GTX 960 filled the tech scene for quite a while now and we’re fast approaching the date where the GTX 960 card goes on sale. What can you expect from this card? 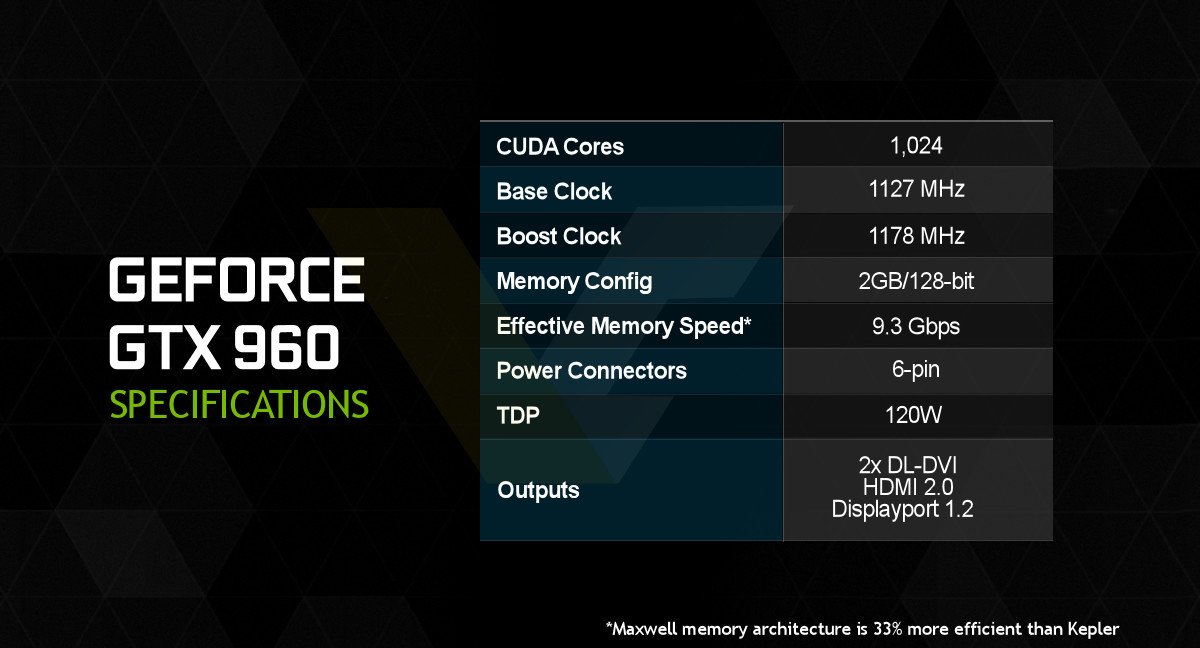 I believe the first question asked by most people would be the price – from our sources, it seems like the GTX 960 is expected to priced from RM 9xx to RM 1.1k range. For example, it is said that the Gigabyte GTX 960 Windforce will be priced at RM989 while the G1 Gaming variant at RM1059, not exactly cheap but I’m expecting brands like Leadtek, Palit, Gainward and the others to offer something that’s slightly cheaper.

Performance-wise there’s very few detail about it but if it’s going to be around the performance of a GTX 760 then the price of RM 9xx would be quite justified, after all an AMD Radeon R9 285 card is priced between RM 800 – 900.

Another neat thing about the GTX 960 is that it has a 120W TDP and requires only a single 6-pin PCI-E connector, which is great news if you’re using a less powerful power supply unit have have limited PCI-E connectors.

In comparison to the GTX 760, the GTX 960 will have faster Base Clock, slightly less CUDA core and reduced memory bus from 256-bit to 128-bit BUT it is also said to have faster memory speed. Looking at the specs available, I calculated that the memory bandwidth will be quite far behind the one on GTX 760 which I think is a matter of concern when it comes to performance.

Overall I think the GTX 960 is something worth looking forward to, especially if you’re not running anything that’s like the GTX 760 or R9 280X cards. 🙂