About The Computer – Motherboard

2nd in our series, we’ll look at the motherboard today.

The objective of the “About The Computer” series to provide a simplistic layman-style explanation on the various computer components that makes up a computer – whether it is a Desktop unit or Laptop / Notebook unit.

With the understanding of the components, readers will have better knowledge as to what should they pay attention when it comes to buying a computer.

What Is The Motherboard? Why? Because it’s big, in fact it’s the single biggest component that’s guaranteed to be found inside your computer’s casing. It’s not necessarily the heaviest but it certainly holds a rather huge dimension.

Guaranteed? Yes, every single PC has this component inside. See that off-white squarish part of it? That’s where the processor is mounted. The rest of the parts.

The key function of the motherboard is to be the “traffic controller” among all the components. The processor, memory, graphic system, disk drives and whatever else that you need to use has to go through the motherboard.

You could equate the motherboard as the nervous system on a human body – both power and data signals travel up and down the motherboard, relaying communication between devices.

Motherboards in the pass were just PCBs to place your processor, RAM and graphic card and everything else to be mounted on. Really old systems had all those serial and parellel ports that had to be connected to the motherboard and all, a really messy state.

As time evolved the motherboard we see sound systems being integrated, unlike before where people had to spend for sound cards – my father bought me an generation Sound Blaster 2.0 for around RM 500 ( I’m really grateful for that, so now’s my turn to buy him computer stuff. 😀 )

Network Interface that used to be an add-on component were integrated as well. Nowadays we see even more advanced components being available on motherboard, such as HDMI port for graphic output. USB ports, S/PDIF ports, Firewire ports and so on.

Choosing motherboard is actually pretty easy when you’re not expecting anything out of it, just as long as it works. Typically any board works fine as long as the processor (check the processor socket, eg LGA775) and RAM (check the RAM type, eg DDR2) are supported. If it doesn’t come with graphic system, then you’ll need to get a graphic card for it and make sure the board supports it (the correct expansion slot available, eg PCI-E x16). Some motherboards are better than others, for example there are those that use solid capacitors.

Other features that enthusiats often look at are like chipsets that allow you to overclock. Motherboards towards the higher side often allow the use of multiple graphic cards (Crossfire / SLI) , some even allow RAID hard disk configuration. 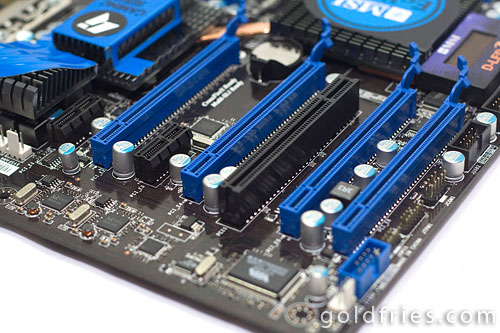 In summary – you don’t need what you don’t know. 🙂 If you’re just looking for something that works – any board will do, just don’t buy an Intel board for AMD processor because it won’t work. RAM compatibility issues do happen here and there but from my experience, it’s not that rampant an issue.

*Note : The recommendation / guide is catering for newbies, therefore we’re using a simplistic approach. To those who already know exactly what is a board and what they want and all – clearly this article is not for you. 🙂