Make Calls, Send Messages and Get Push-to-Talk Capability All Without a Smartphone. In another example of its wireless expertise, LG Electronics (LG) will be unveiling the worldâ€™s first LTE-enabled smartwatch to Mobile World Congress (MWC) next week in Barcelona, Spain. 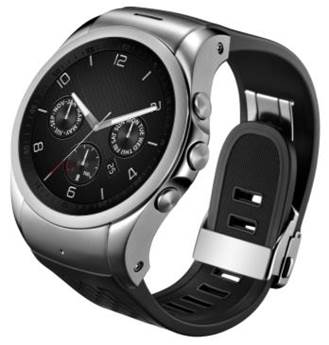 The LG Watch Urbane LTE, a next-generation wearable watch and a 4th one from LG, will also include NFC and a host of other features that have never been offered before on a smart device for the wrist such as LTE connectivity, offering the style and sophistication of a real analog watch centered around a 1.3-inch Plastic-OLED display. Like any 4G phone, it can make and answer calls as well as send and receive text messages. With carrier support, the smartwatch offers push-to-talk (PTT) capability with other devices on the same cellular network so customers can use their LG Watch Urbane LTE as a walkie-talkie with unlimited range to talk to multiple parties at the same time.

At the core of the LG Watch Urbane LTE is the all new LG Wearable Platform operating system, developed specifically for the companyâ€™s proprietary wearable products. The smartwatch includes a display with always-on ambient mode and paired with a 700mAh battery. It also has built-in heart rate monitor and it can be submerged in a meter of water for up to 30 minutes, making it safe for showers and exposure to perspiration.

â€œThe LG Watch Urbane LTE is an example of the kind of innovation thatâ€™s possible when youâ€™re the industry leader in LTE technology,â€ said Juno Cho, president and CEO of LG Electronics Mobile Communications Company. â€œThis smartwatch breaks new ground with the worldâ€™s first LTE connectivity and the real-watch styling of a high-end modern classic watch. It embodies our philosophy, innovation for a better life.â€