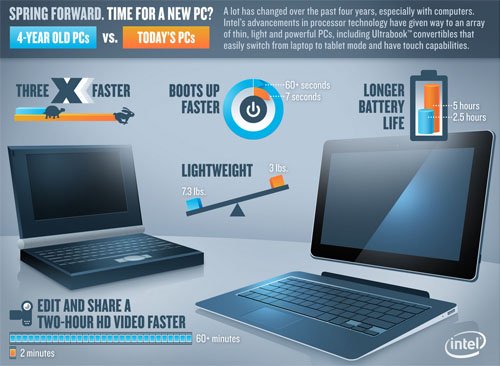 The â€œHourglass Syndrome*â€ is characterized by abnormal behavior exhibit by users of aging PC systems. These symptoms include anxiety, uncontrollable fidgetiness and spontaneous acts of violence directed towards the lagging PC. â€œOur data shows that over 300 million computers around the world are over 4 years old, and 65 percent of these older PCs are bulky desktops,â€ said Norhizam Kadir, National Sales Manager of Intel Malaysia in the briefing. 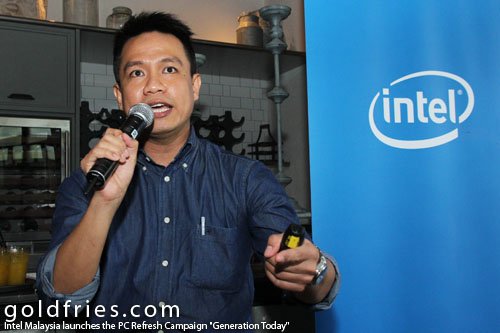 In an effort to encourage Malaysian consumers to upgrade their PCs to the latest touch-enabled devices powered by Intel, Intel Malaysia together with its PC maker partners will run a series of roadshow across 14 cities in Malaysia under the â€˜Generation Todayâ€™ campaign. This campaign, which runs until the end of 2013, intends to introduce to consumers a wide selection of the latest touch-enabled Ultrabooks, convertible tablets and laptops.

Intel Malaysia will also offer a trade-in program at the roadshows where consumers can redeem up to RM300 worth of cash rebates in exchange for old Intel-based PCs of any brand, upon the purchase a new PC during the campaign duration.

â€œThere will also be on-ground activities and contest; and with each purchased PC, consumers stand a chance to win attractive prizes worth RM8,000.00 during the campaign,â€ he added. â€œAs we work towards getting Malaysian PC users to move on from their aging devices, it is our hope that the Hourglass Syndrome will become a thing of the past by the conclusion of this campaign.â€ 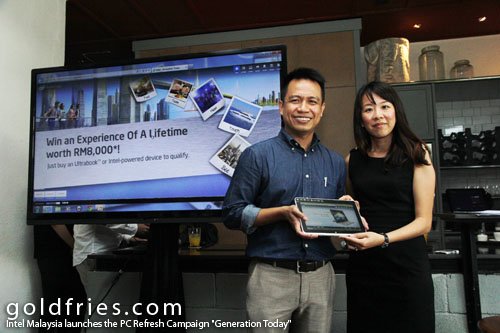 â€˜Generation Todayâ€™ will run from 22 May until 31 December 2013. Participating OEM partners include Acer, Asus, Dell, HP and Lenovo. For more details and the list of road show locations, please refer to http://generationtoday.intel.com or contact [email protected]

The offer looks interesting at first glance but on closer look, it says “UP TO RM300 worth of cash rebates”. This means you don’t get RM 300 exactly, the rate varies from RM 150 to RM 300 depending on processor.

I had initially thought of trading in my Lenovo S10-2 but from what I gathered (from an Intel source) is that I wouldn’t be getting RM 300 rebate despite it’s in working condition due to the processor. 🙁 It’s an Atom based processor so I would get around RM 150 only.

In fact with places like lowyat.net, I could put the netbook on sale and I believe I could still get some RM 600 – 800 for it. RM 300 is very little rebate, considering you’re most likely to be trading in something of higher value to begin with.