Cooler Master, a leading creator, innovator, and manufacturer of desktop components and peripherals, announces the launch of the B-series ver.2 power supplies here in Malaysia.

The new B-series ver.2 has been revised with a completely new circuit layout and new components which is compliant to the EU regulation. It is also officially listed at the ecoPSU Efficiency Program and has been rated ecoPSU Level 85.

As part of the EU regulation all internally installed power supplies must achieve a minimum level of efficiency in several load conditions and have a power factor of 0.9 at full load. This means that within the EU, focus will be on energy saving and nature friendly designs. The standby power consumption is regulated by the ErP lot6 and cannot exceed more than 0.5W in standby mode. All of Cooler Masters current PSU line-up follow these new regulations. 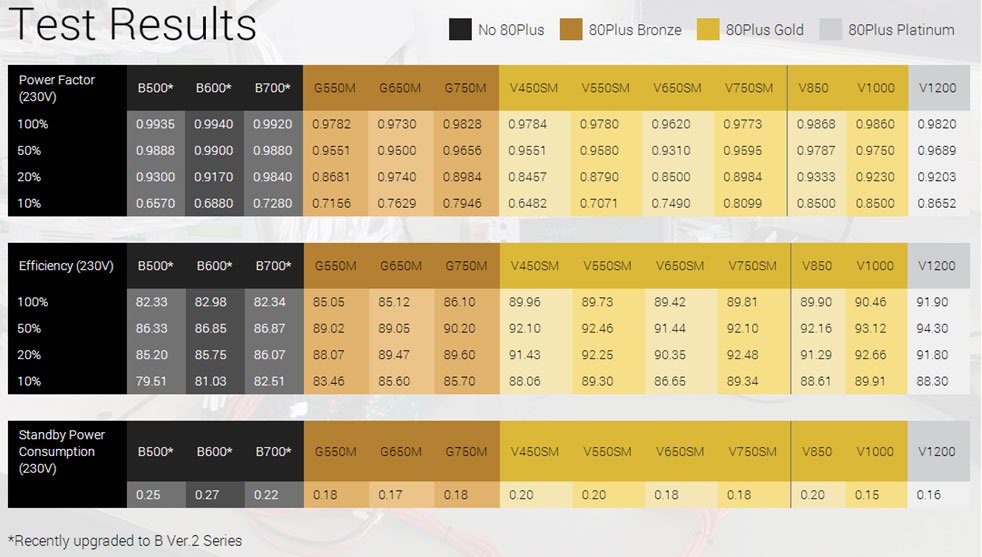 The biggest difference for the new B-series ver.2 is that it now only has a single rail +12V DC out with a max current of 38A. This now means that all Cooler Master power supplies makes use of a single rail instead of multi rail. 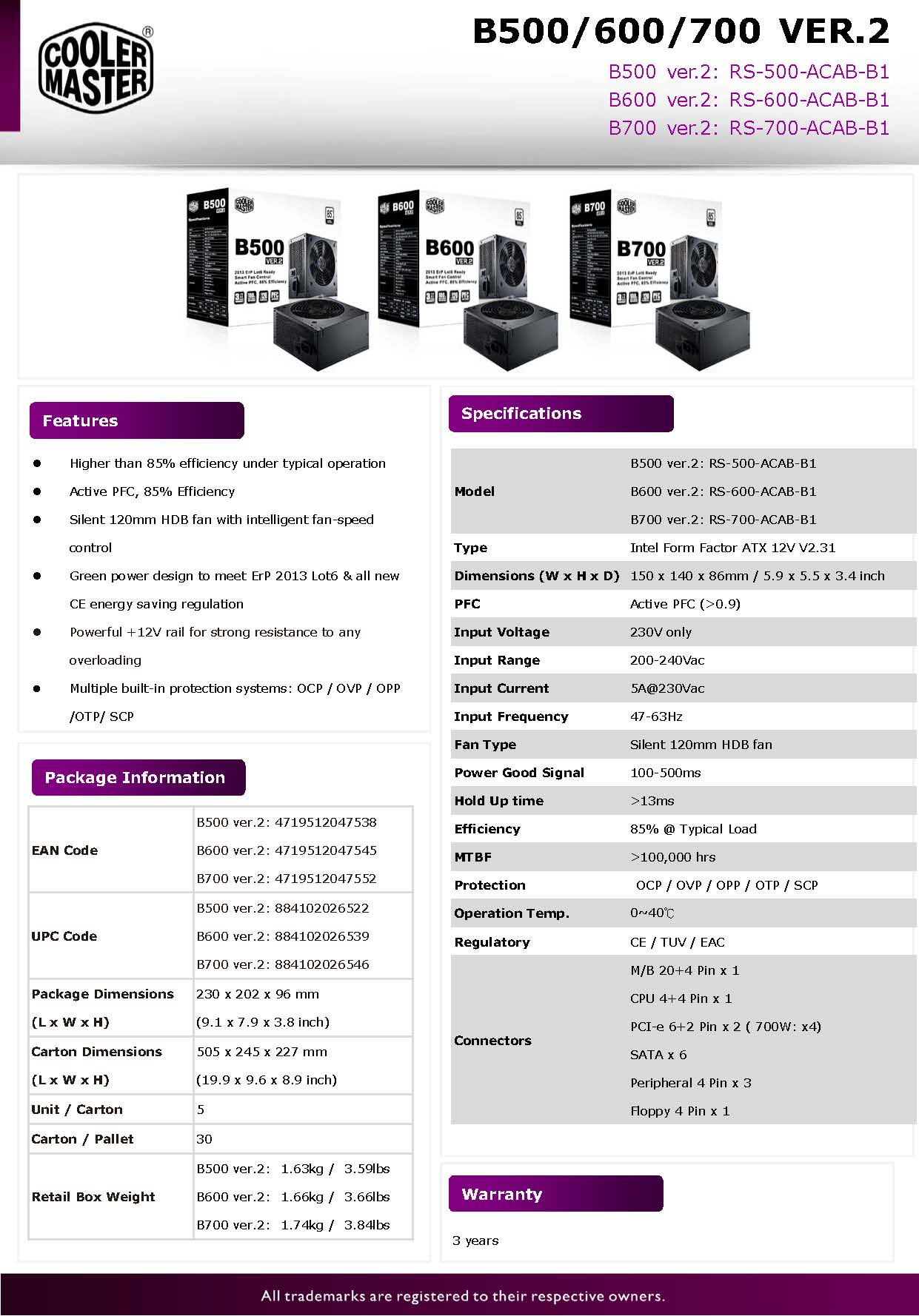 Cooler Master opts for single rail usage because of two simple reasons. The first one is that we believe it is better to have more power to one place which really needs the power, then to divide it on several lanes which might not be powerful enough. The second reason is the best one: it is just easier. Some people might not know which contact they need to use on a multi rail PSU but with a single rail you canâ€™t go wrong! 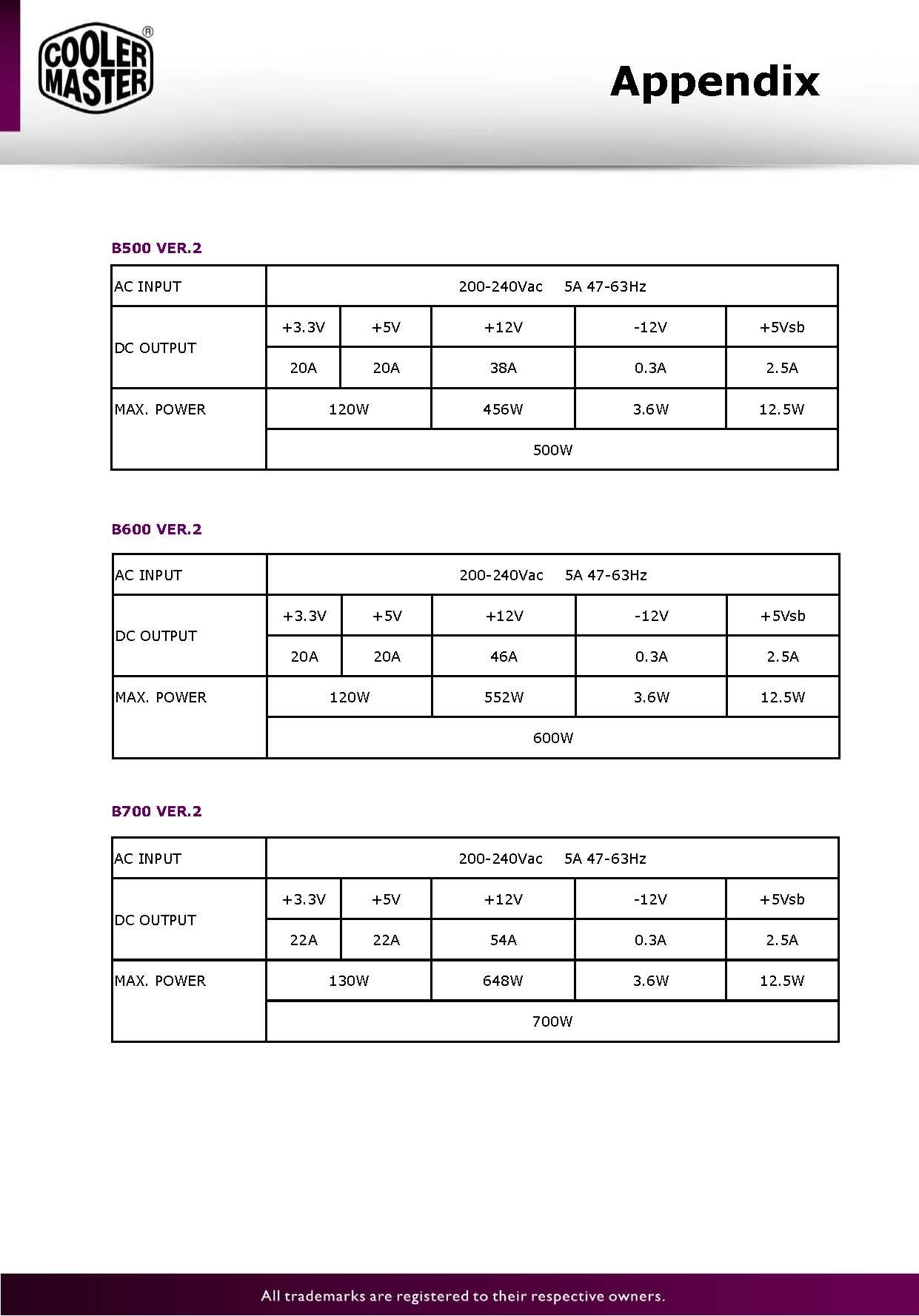