With AMDâ€™s launch of the FM2+ â€œGodavariâ€ class of APUs today, Biostar has been in preparation of a complete series of mainboards for the supporting chipsets such as the BIOSTAR Hi-Fi A88W 3D, Hi-Fi A70U3P and Hi-Fi A68U3P. To make upgrading even easier, these boards also have backwards support for previous generation FM2+ / FM2 APUs. 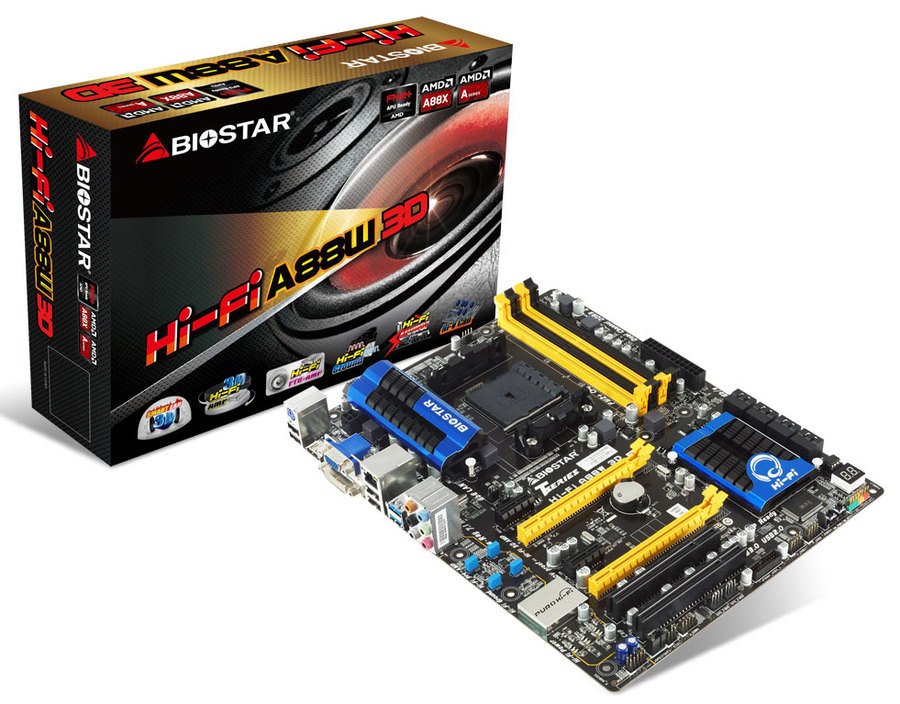 These new Godavari AMD APUs are AMD socket FM2+ and will feature an upgraded CPU and GPU architecture. The new Godavari APU are part of the Kaveri-Refresh platform which is aimed to re-fresh the current Kaveri APUs with the new 8000 series branding utilizing the x86 Steamroller core and GCN graphics architecture.

The BIOSTAR Hi-Fi A88W 3D, Hi-Fi A70U3P and Hi-Fi A68U3P all have features such as onboard LAN, PCI Express 3.0 x16, SATA 6Gb/s, and USB 3.0. And with BIOSTARâ€™s enhancements to these new FM2+ boards users will enjoy mainboards that excel in additional areas of BIOSTAR expertise such as the BIOSTAR Audio+, Video+, Speed+, Protection+, Durability+ and DIY+.