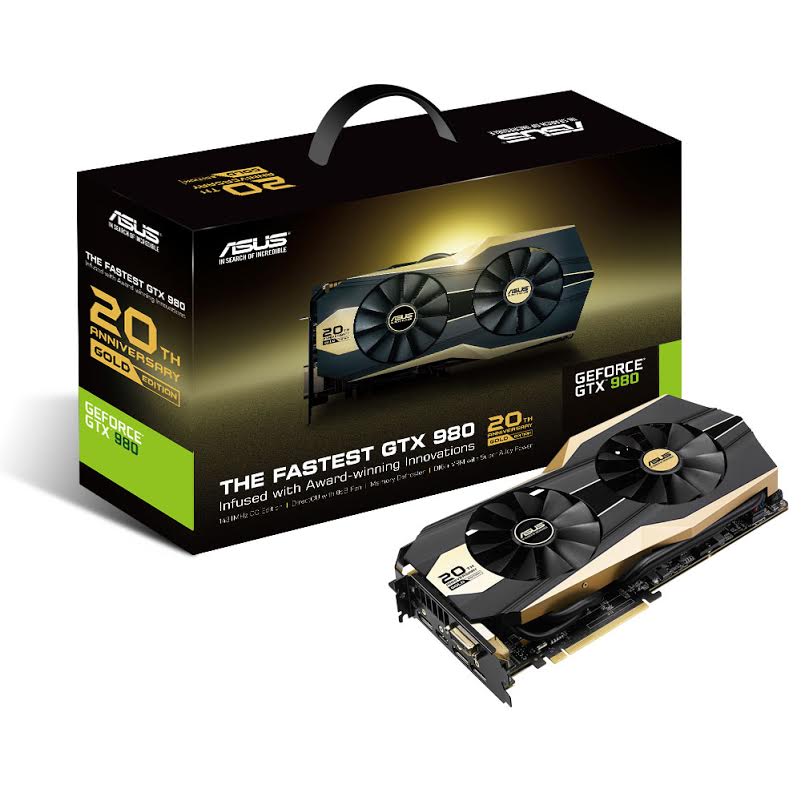 ASUS has a rich history of pioneering innovations that are showcased in the exclusive new 20th Anniversary Gold Edition GTX 980 graphics card, such as Memory Defroster, DirectCU cooling, 0dB fan technology, Digi+ voltage-regulator module (VRM) technology with Super Alloy Power components, and the GPU Tweak system monitoring and tuning utility. It is innovations such as these that have made ASUS the worldwide leader in producing the fastest, coolest, and quietest graphics cards available.

This commitment to innovation, quality, and performance has built a strong reputation for ASUS graphics cards in the eyes of consumers and journalists alike. Gamers and power users prefer ASUS graphics cards for their incredible performance. ASUS is the best-selling and most award-winning graphics card brand, and is the most popular brand in 3DMarkÂ® benchmarking by users on the HWBot overclocking website.