AMD Primed for Windows 10 and DirectX 12

With Windows 10 slated to launch on 29th July 2015 which is just a day away, AMD held a conference call to highlight the excitement to come with the new operating system, especially with AMD technology. 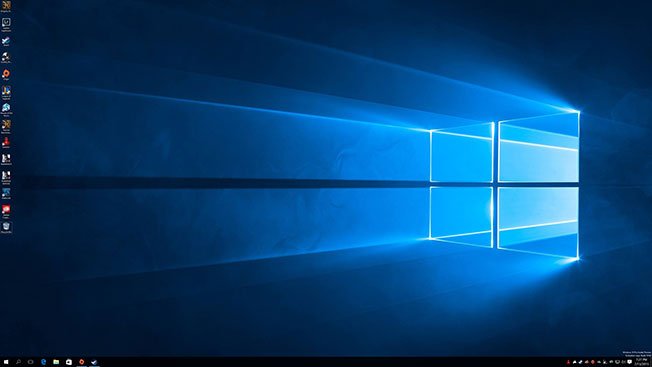 With the number of Windows 10 copies handed out, it is expected that Windows 10 to be a 1.5 billion user opportunity for Microsoft.

Windows 10 is able to utilize AMD’s hardware and software to enhance user experience, not just for entertainment but even for security purpose.

With Windows 10 at the horizon, one can also expect the introduction of DirectX 12 of which AMD was activity involved in the development. The much anticipated API that’s continuing the tradition laid by AMD’s MANTLE where it is able to reduce processor overhead to allow more performance and better detail to be delivered. 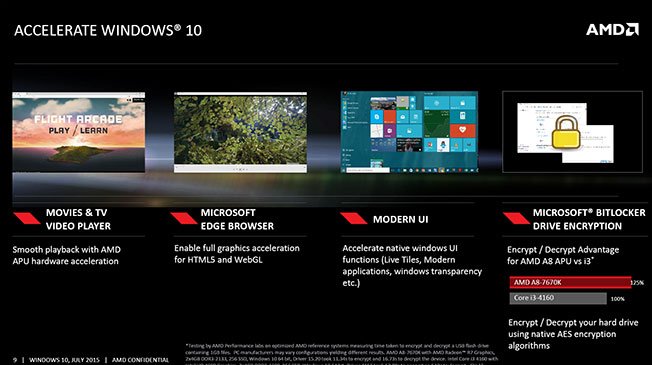 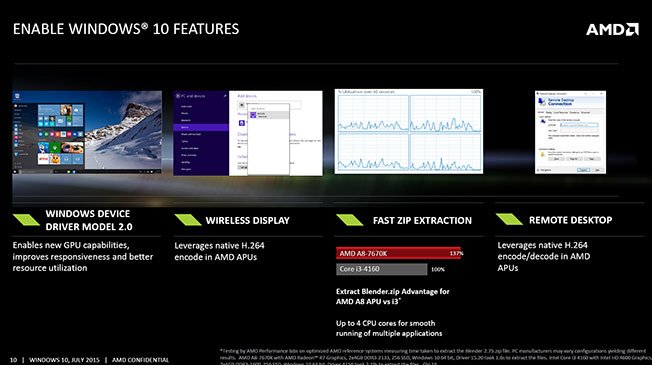 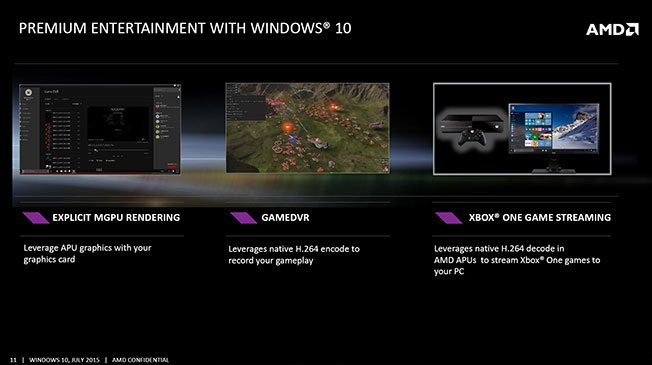 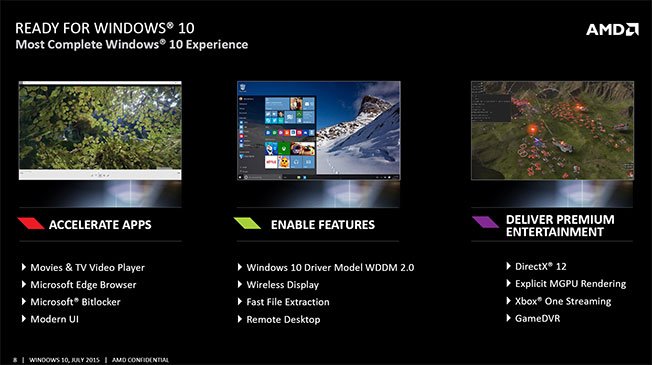 Among the many benefits to be seen with DirectX 12 would be multi-GPU support where the API now supports multi-GPU setup natively, unlike previous generations of DirectX. With this improvement, it is now possible for multiple GPU to engage in Split Frame Rendering instead of Alternate Frame Rendering. 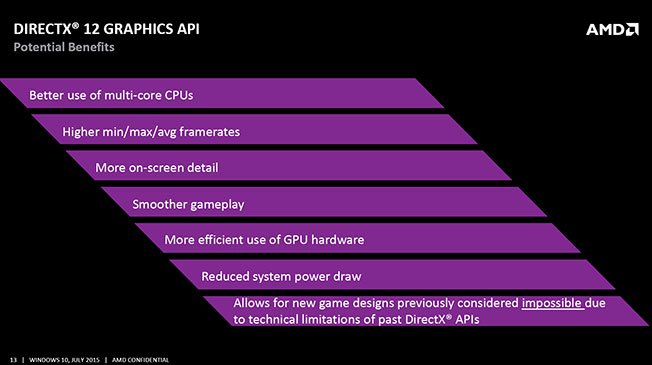 This also allows the possibility of allocating the workload based on GPU capacity in cases where a weaker card is paired with a stronger card, like say pairing the R7 onboard graphic system on an APU with say an R9 380 card.

Not only that, by not requiring the GPUs to synchronize this also opens another avenue of possibility where the traditional sharing of VRAM size is not required any more, this means 4GB cards paired could actually use a total of 8GB VRAM. 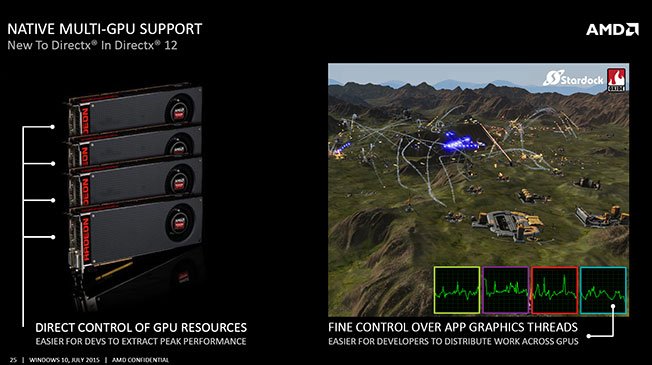 Such improvements break away the commonly accepted norm that a single high performance GPU setup is better than having multiple average GPUs.

Do note that while these features are made available, many of it may not be used immediately. The potential of DirectX 12 is great but it all depends on developers to implement them in their products.

I’ve been using Windows 10 for a while and it’s really a lovely OS, and my Windows 10 machine is powered by an AMD A10-7850K APU on ASUS A88X-Pro motherboard. Suffice to say I’m satisfied with the overall experience and I hope to see the DirectX 12 implementation come to light.

Oh by the way, the image at the top? It’s a screenshot from my Windows 10 desktop at 4K Resolution. 🙂