A PSU with Turbo-charge capability is here! Well actually it’s been around for a while. 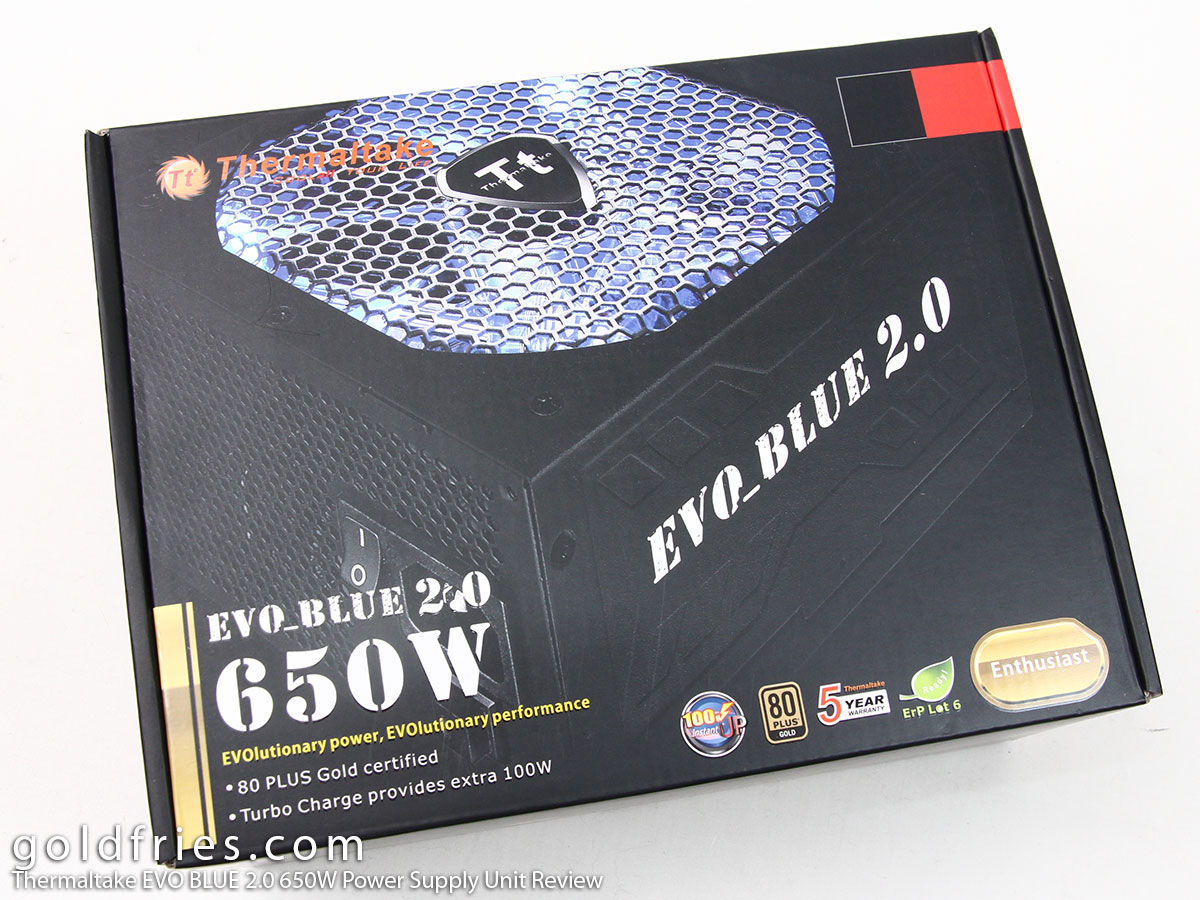 Thermaltake’s EVO BLUE series of PSU stands out from the rest by having BLUE LED fan as seen on the box artwork. The package is simple, with the PSU and cables provided. Here are the details of the box content as seen on the official product page. 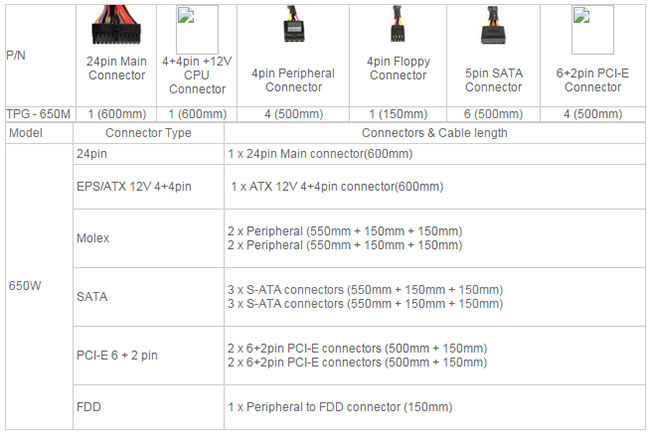 It is a semi-modular PSU with the connection socket colored in RED and BLACK, the red one being for the PCI-E cables. 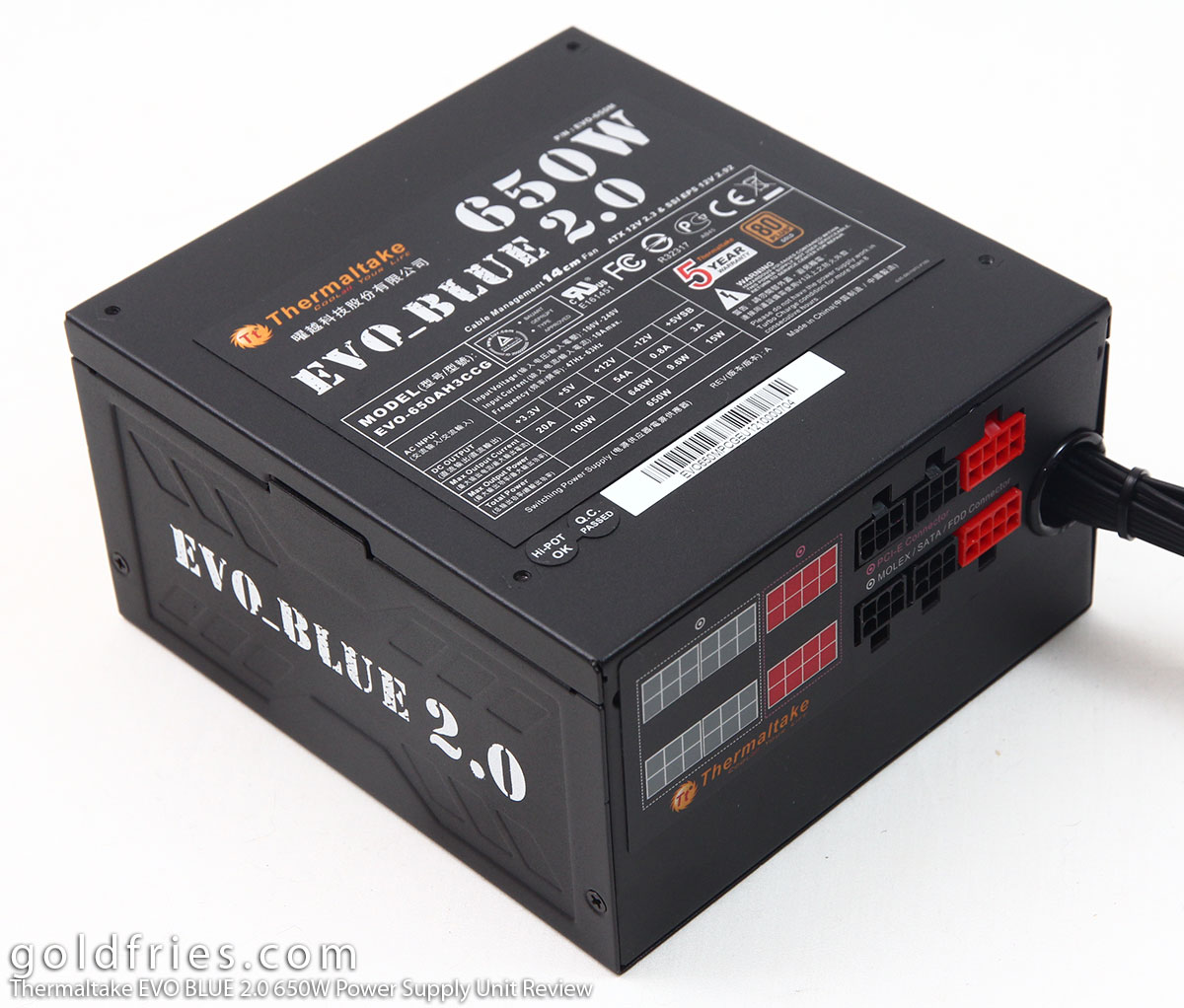 Here’s the other side of the PSU, there’s a special TURBO button near the power socket. Not only does the button turn the fan from BLUE to RED, it makes the fan spin at full RPM when it’s on the TURBO (RED) mode and according to ThermalTake, is able to delivery 100W extra! 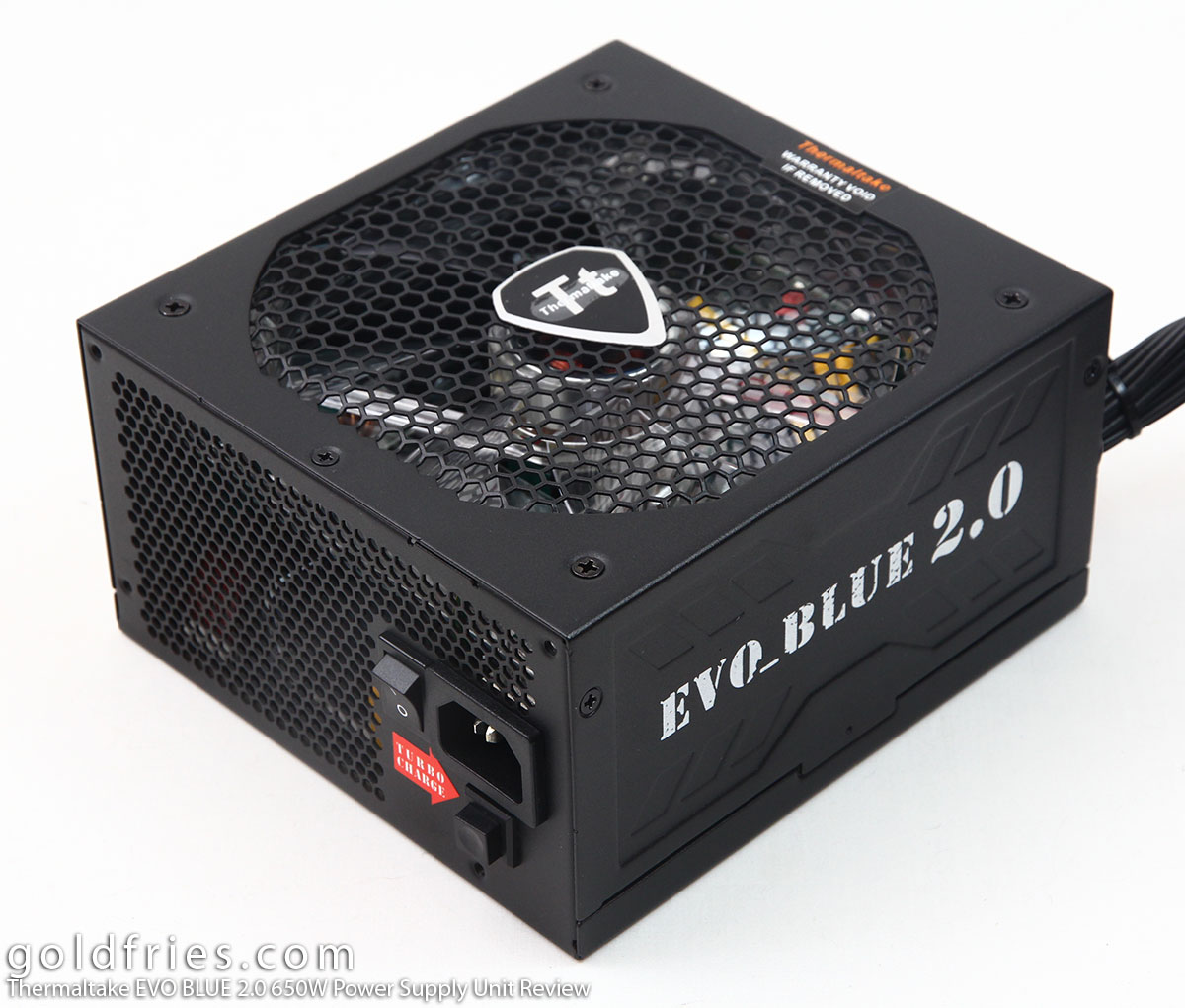 Make no mistake, this is not THE MATRIX. You get a choice of having the fan on BLUE that spins silently, or RED where it goes full RPM (loud!) and supposedly delivers an additional 100W. 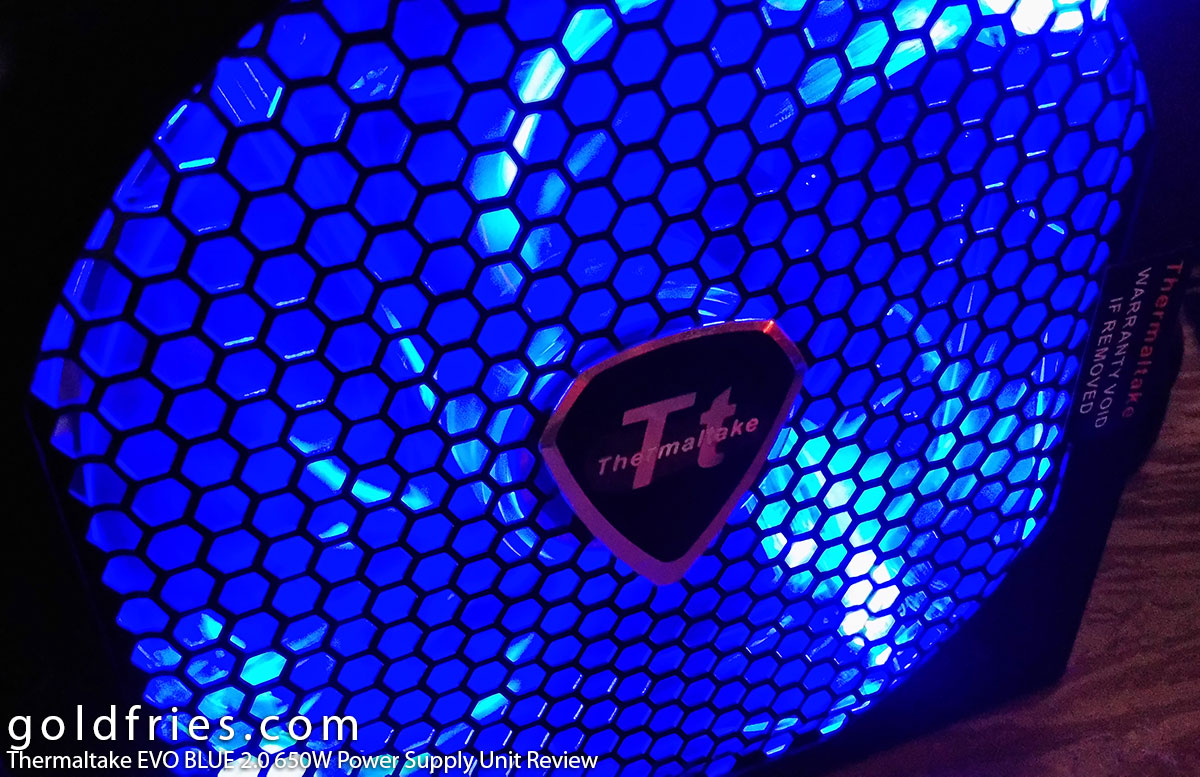 Below is the power delivery table.

As you can see the power supply unit runs on a single 12V rail with 54A on it to deliver a total of 648W. What we do not know about is that whether that additional 100W is for 12V alone or is it spread across the rest.

For this review, I will be going based on the rated power delivery of 648W.

The ThermalTake EVO Blue 2.0 650W delivers 648 Watts over the 12V rails so the target power draw should be around 518 Watts. ThermalTake claims 87% to 92% efficiency so the middle point will be 89.5% of which I will round it upwards to 90%. With 90% efficiency it should draw around 576 from the wall reading. Load testing was done with Prime 95 and Furmark Burn-in Test, [email protected] and whatever else I can throw at the AMD A10-7850K APU and 2 units of Radeon Graphic card (HD 7950 and HD 7970) running Crossfire.

The wall draw for my setup peaked at around 520 watt, so the power consumption is estimated to be 468 watt which is below what I hoped for. The readings were very good, not only did it not drop below 12V but it remained between a very tight margin of 12.20 and 12.22 which is amazing!

The Thermaltake EVO BLUE 2.0 650W retails at RM 450 and it’s a solid power supply unit, it took more that 6 hours of beating at high load and not once tripped nor show any sign of instability.

I felt that the TURBO mode is quite pointless, I wouldn’t buy a 650W PSU and hope that button allows me to run it as a 750W and colored LED makes it quite hard to fit casing themes that do not match blue well. There’s always the ToughPower 650W from ThermalTake that works exactly the same, minus the colorful fan and supposedly turbo mode.