LED strips are getting popular these days. In the past, computers were lit with LED fans and CCFL tubes, LED strips are now the “King” of lighting computer systems.

You probably saw some of them in action in my casing reviews. 🙂 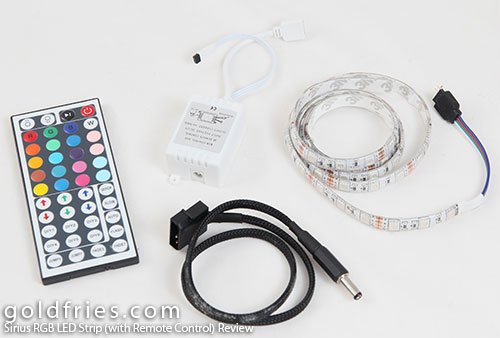 I’ve had quite a few LED Strips in the past but none of them come close to the Sirius RGB LED.

The LED Strips I bought in the past were not only short (approx 30 cm) but they are also of a single colored LED. If I wanted red, green and blue and white LED, I had to buy 4 strips.

Sirius RGB LED strips come with (R)ed, (G)reen and (B)lue LED right off the bad. By default, the LED strip has all 3 colors ON so you’ll see it as white colored. It’s not pure white though, the RGB combo lead it to a bit of a blue / green tinge.

What’s amazing about the Sirius RGB LED strip is that it comes also with a controller and a receiver unit. With the controller, you can choose whatever color you want, even to configuring to your own favorite RGB combo.

Here’s a quick demonstration of the Sirius RGB LED Strip.

Oh and let’s not forget – the LED strip is 1 meter in length which is plenty of LED for you to coil around the casing.

The Sirius RGB LED Strip is available from unequalteck on lowyat.net forum at RM 109, it comes with 3 months warranty and it’s certainly worth the money.

With the There’s Sirius RGB LED Strip no need to buy multiple-LED strip to try out the colors. 😀