If you’ve been a PC DIY hobbyist for a long time, you’ll probably remember “ST50F” from SilverStone. Unlike the old ST50F, the SilverStone Strider SST-ST50F-PB is a new variant that is modular and affordable too. 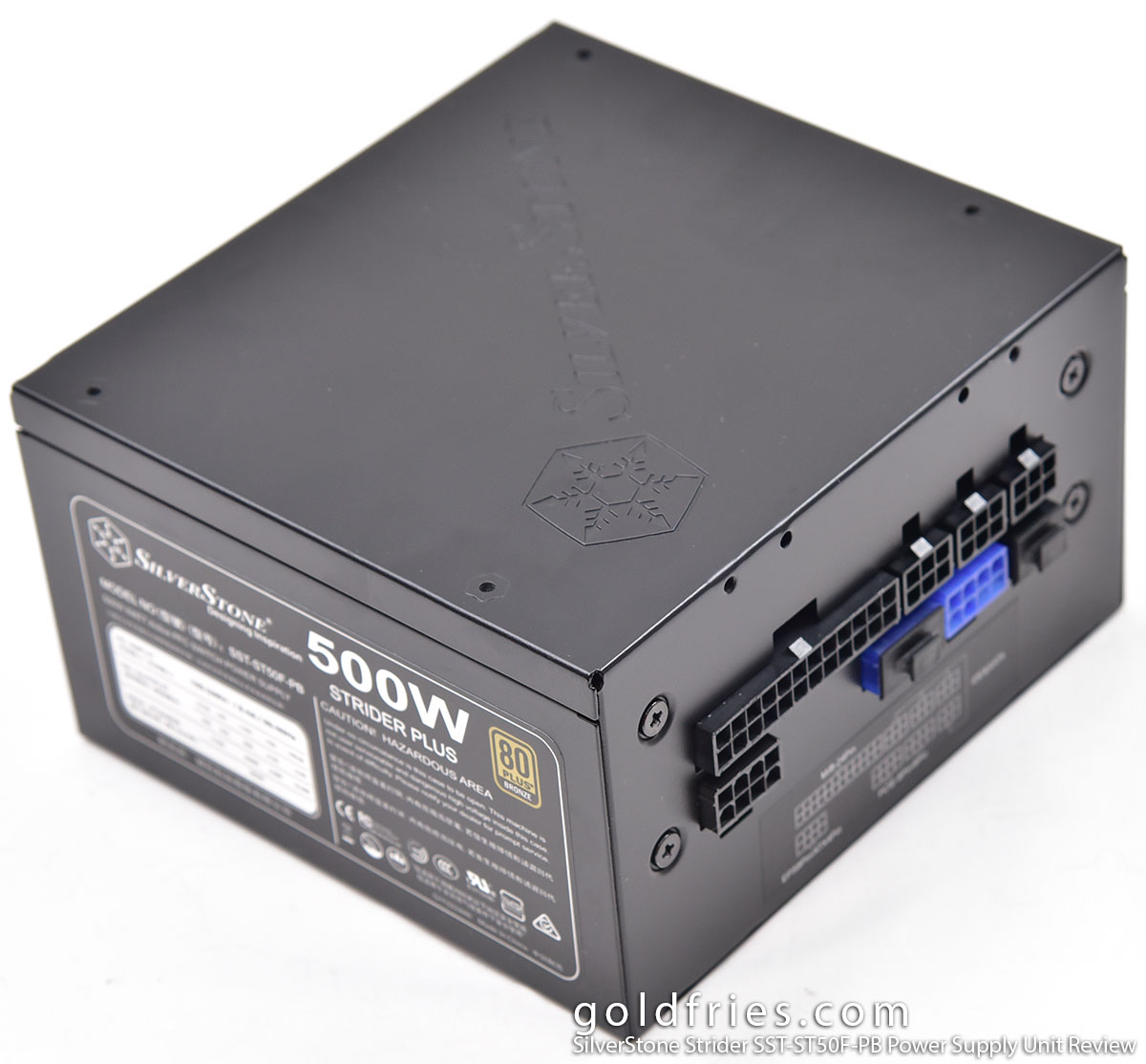 And it’s not just semi-modular, it’s full-modular. This means the cables for the ATX power are detachable. The cables bundled for this unit are flat-types to it’s easy to route them around cramped places. 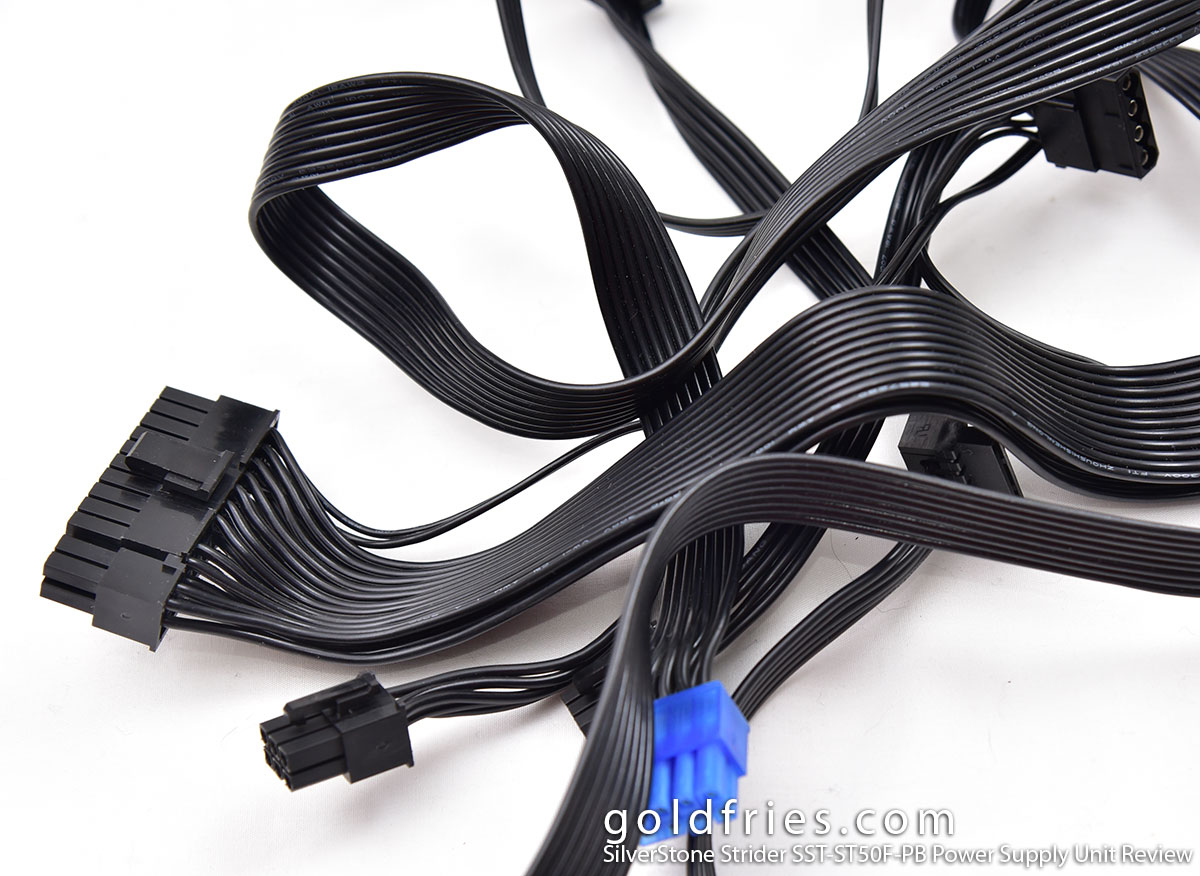 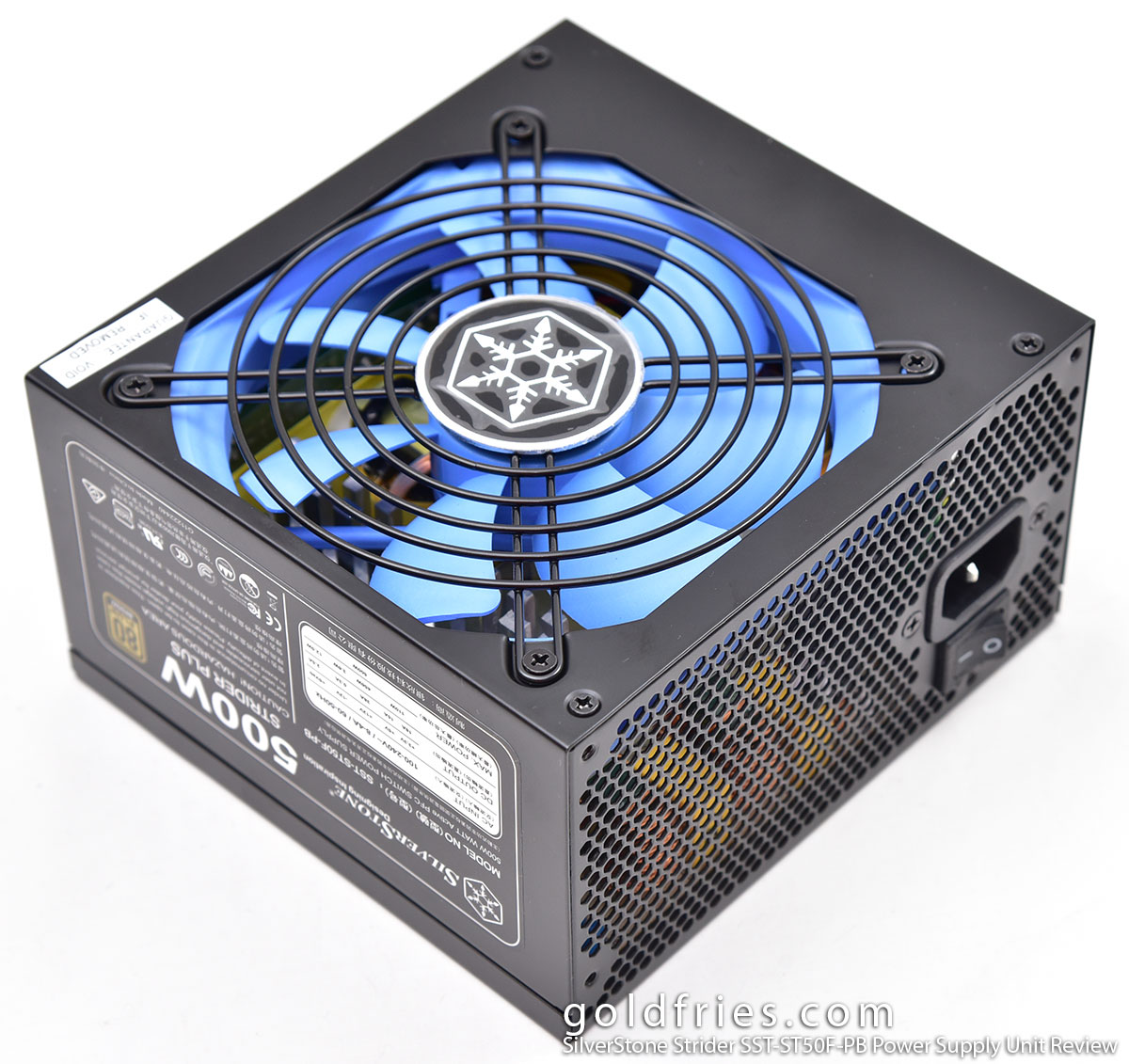 Lastly we have the power table, the 500W unit here delivers only 456W on the 12V rails, the unit is of a single-rail design. 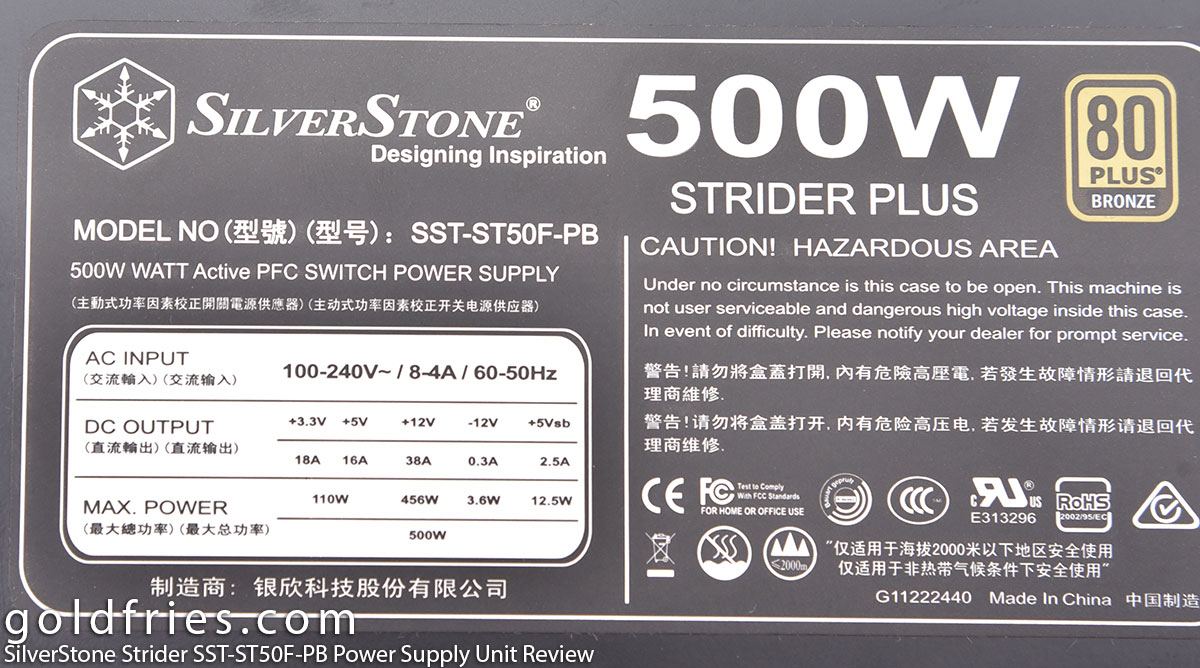 Here are the specs as seen on the offcial product page. 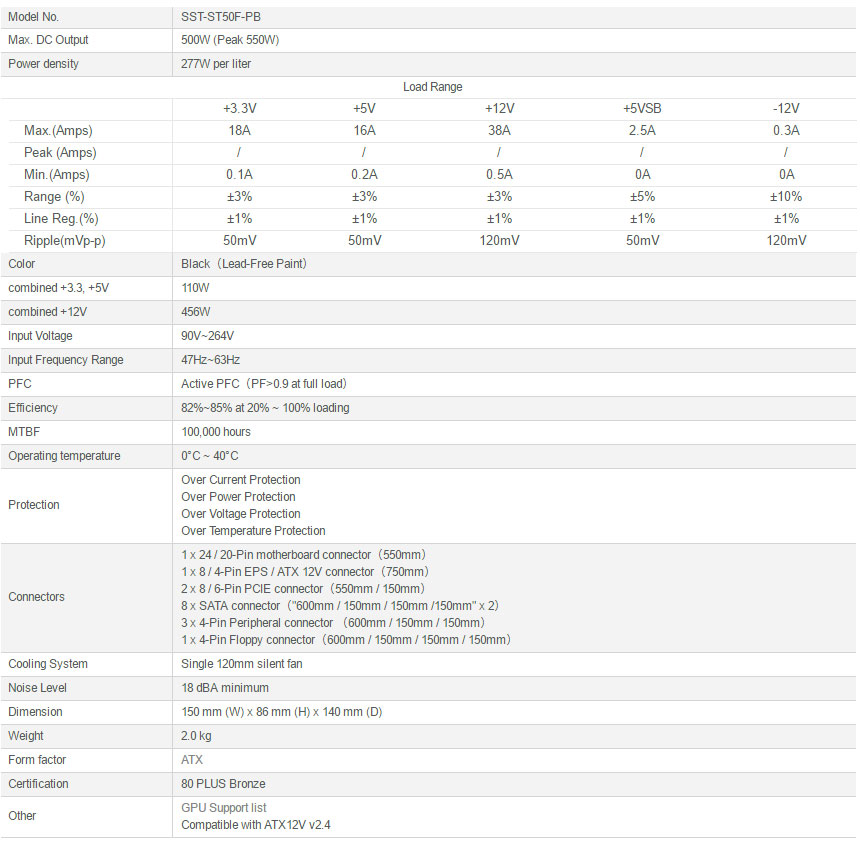 The stress test is performed by stressing the 12V rails with 80% to 90% load, and run for at least 6 hours which is a lot more stress than what the average consumer would place on a power supply over the course of months or even years………. however in this case, the test load went above that’s expected of this poor PSU.

The ST50F delivers 456W (according to the table) so 90% of 456W is 410W, since the ST50F is rated to be around 88% efficient I was expecting to run the system at 466W wall draw. With my AMD FX-9590 and AMD R9 390, I managed to get the unit to run steady at around 390 – 410W range, at certain settings I did go beyond the expected limit and it still works but operating the power supply beyond what it can deliver affects stability and this applies to all power supplies in this world.

The SilverStone Strider SST-ST50F-PB is a full modular PSU with 80Plus Bronze certification and retails at around RM 300, what more could you ask for from a PSU? It works great with most gaming setup, after all power draw of components have improved over the years and a 500W PSU would suffice for most setup.