When it comes to interior SilverStone Redline RL07 doesn’t lack. 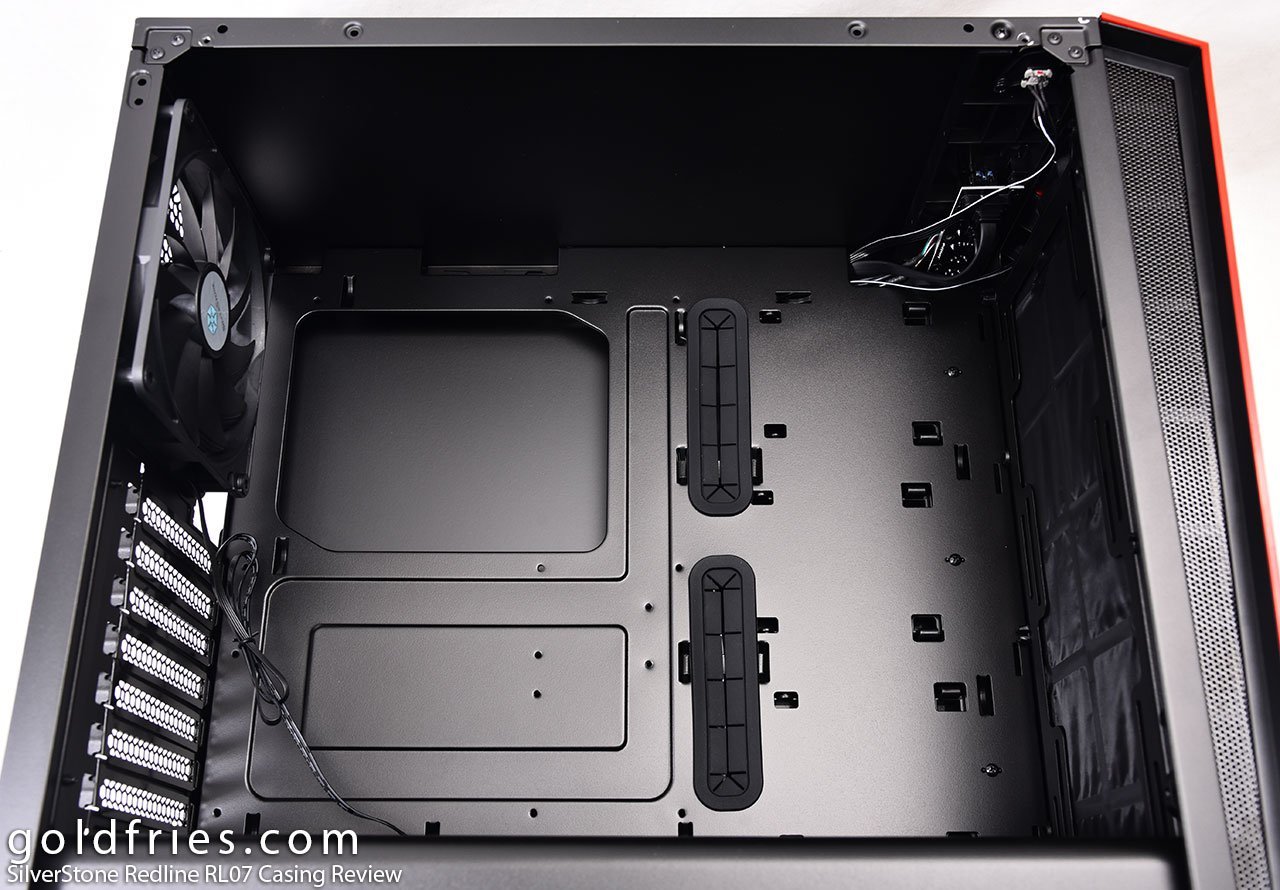 The SilverStone Redline RL07 comes with PSU cover that goes from front to back and the tiny cut-out is still there of which SilverStone says it’s meant for users to cut out if they need to route cables – my take is that they need not do that, if one needs to cut they’ll determine on their own WHERE to cut it and how to go about with the cut.

Also note that there’s this huge SilverStone logo over the PSU cover, fortunately it’s not exactly visible due to the dark background. It’s only visible here because of the lighting used for this photo. 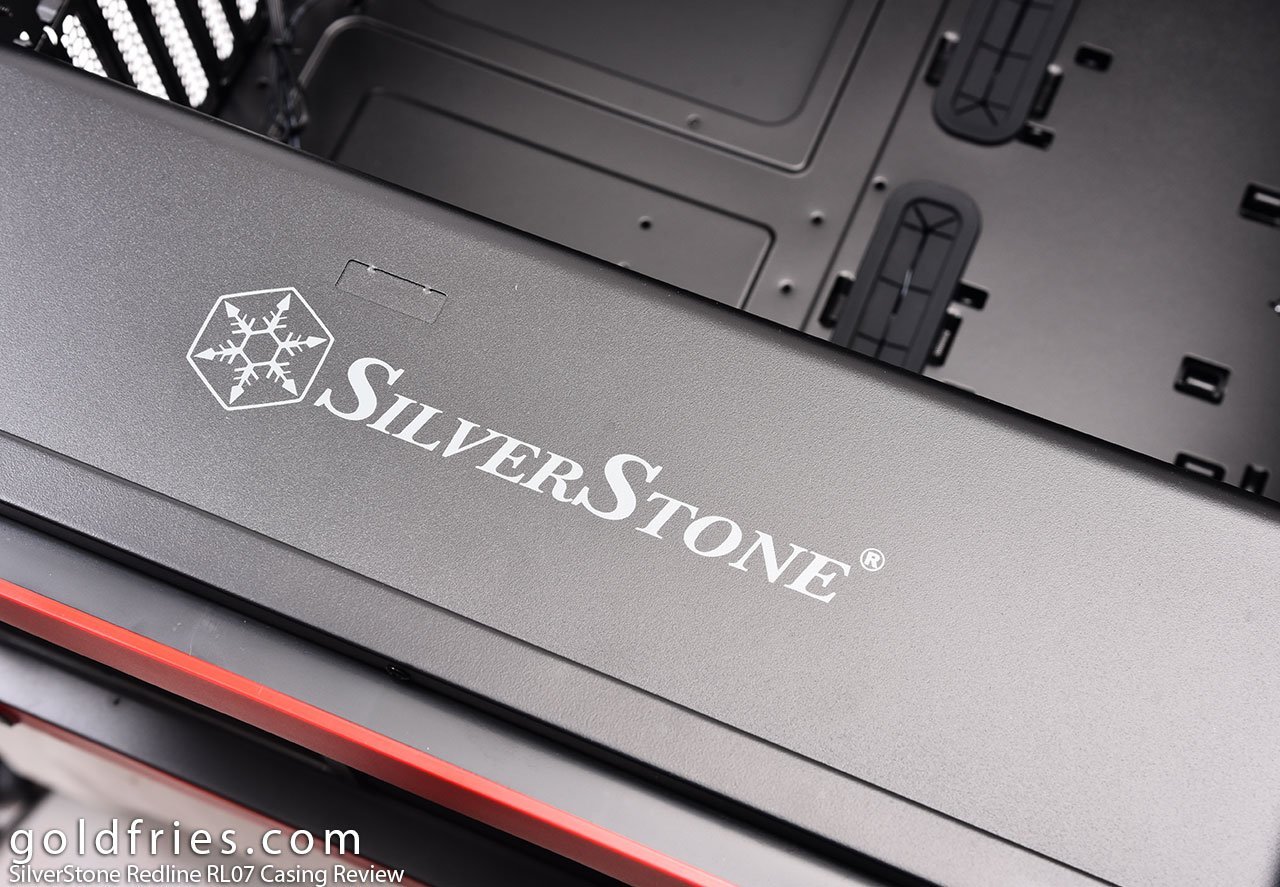 On the rear the SilverStone Redline RL07 comes with a 140mm exhaust fan, generous of Silverstone to provide such a fan as I love 140mm fans as they generate less noise.

Notice also the large cut-out at the motherboard tray area for ease of mounting of any CPU cooler bracket. 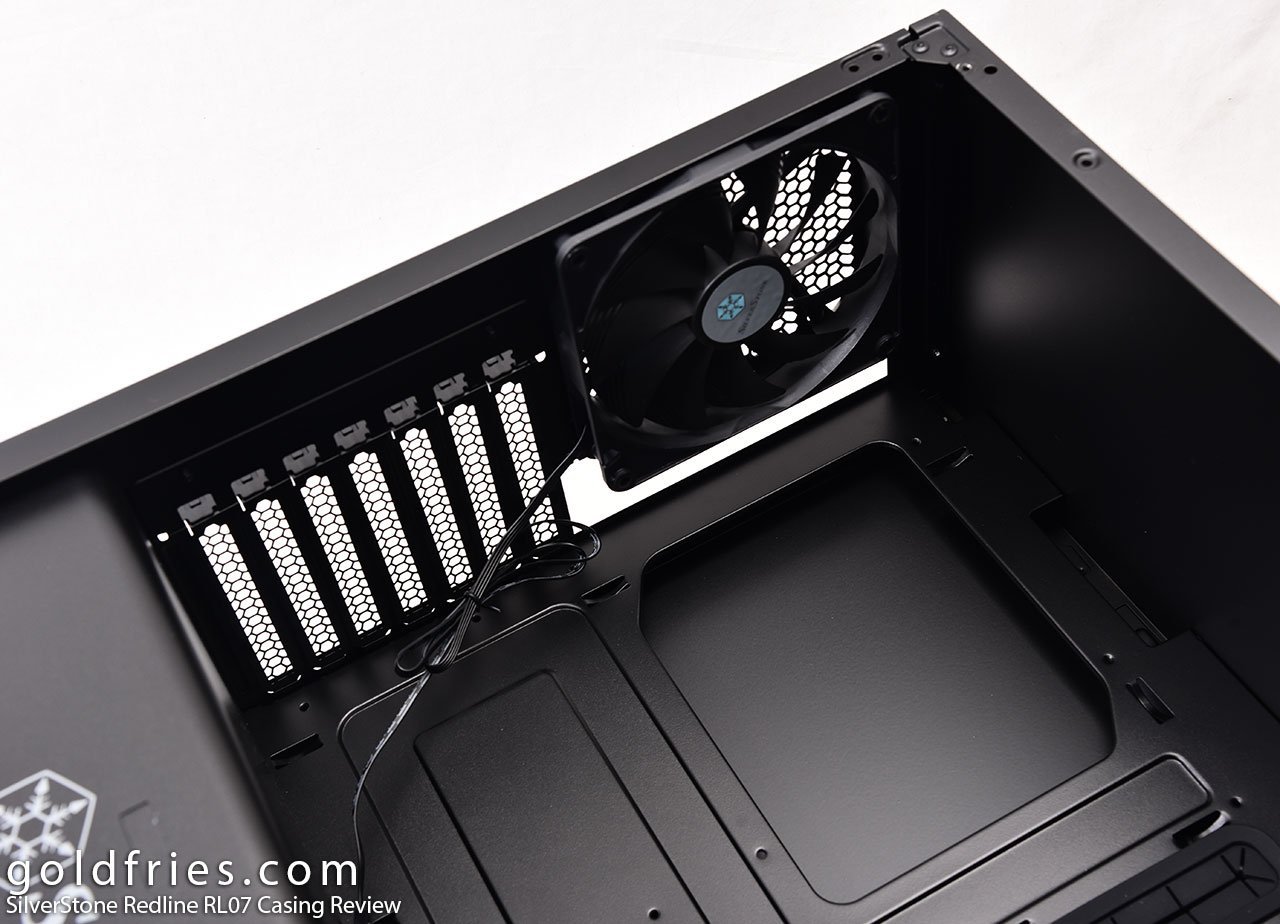 Towards the front you’ll see that there are no fans, I think that’s acceptable as the RL07 is meant for you to decide what goes to the front, after all it supports up to 360mm radiator size or 280mm if you go wide.

The unit comes with rubber grommets on the 2 large opening for cable management. 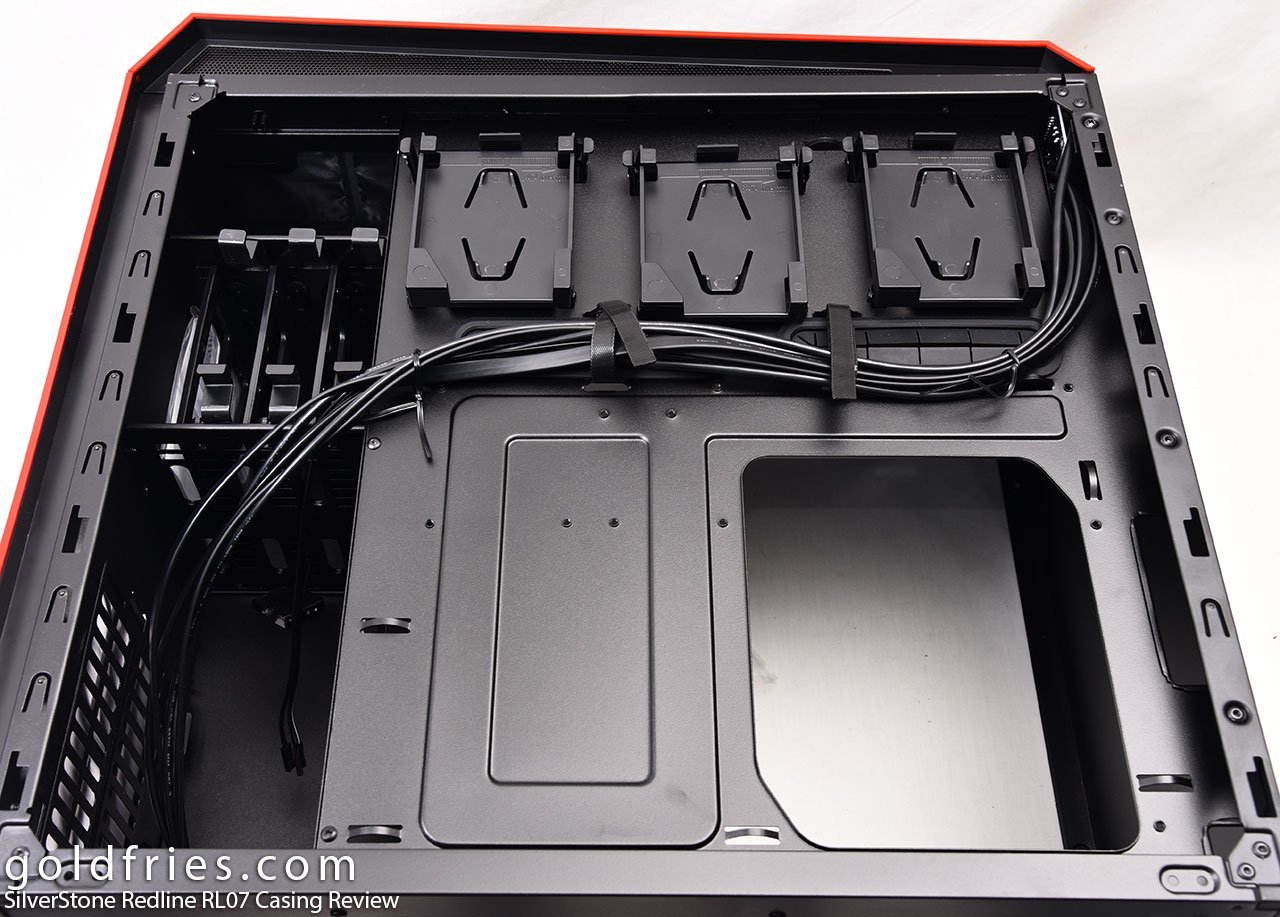 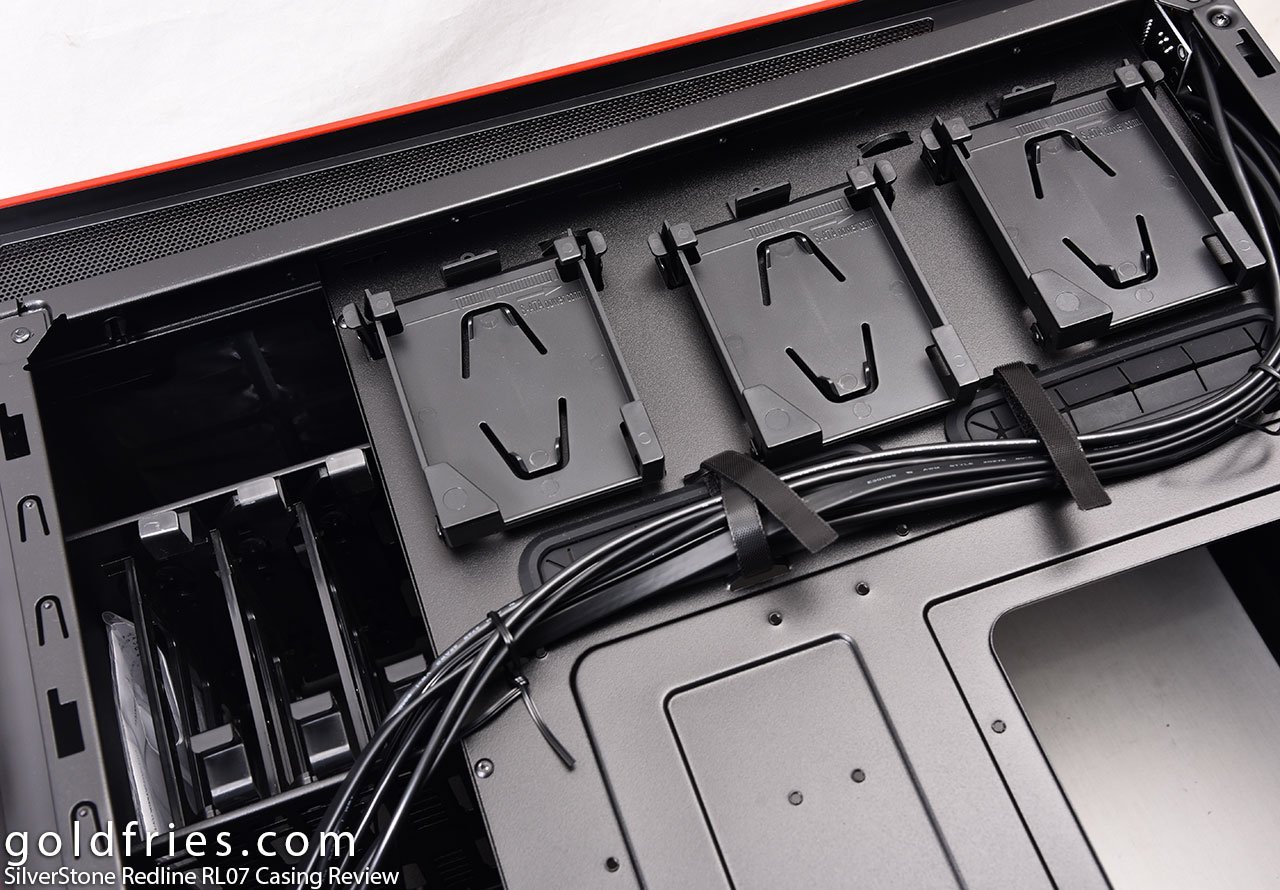 The space is limited at the rear so you should avoid using L shaped SATA connectors for the drives that’s to be mounted behind the motherboard tray.

The SilverStone Redline RL07 is near perfect in my book. I don’t mind the lack of mounting at the top and the only thing I actually mind is that horrible mounting system. Not that it rattles when in use, it’s just that the mount is annoying if you’re like me who swaps graphics card around. It just doesn’t make sense but to me that’s a minor flaw, the casing is just too nice to not give it a gold badge.