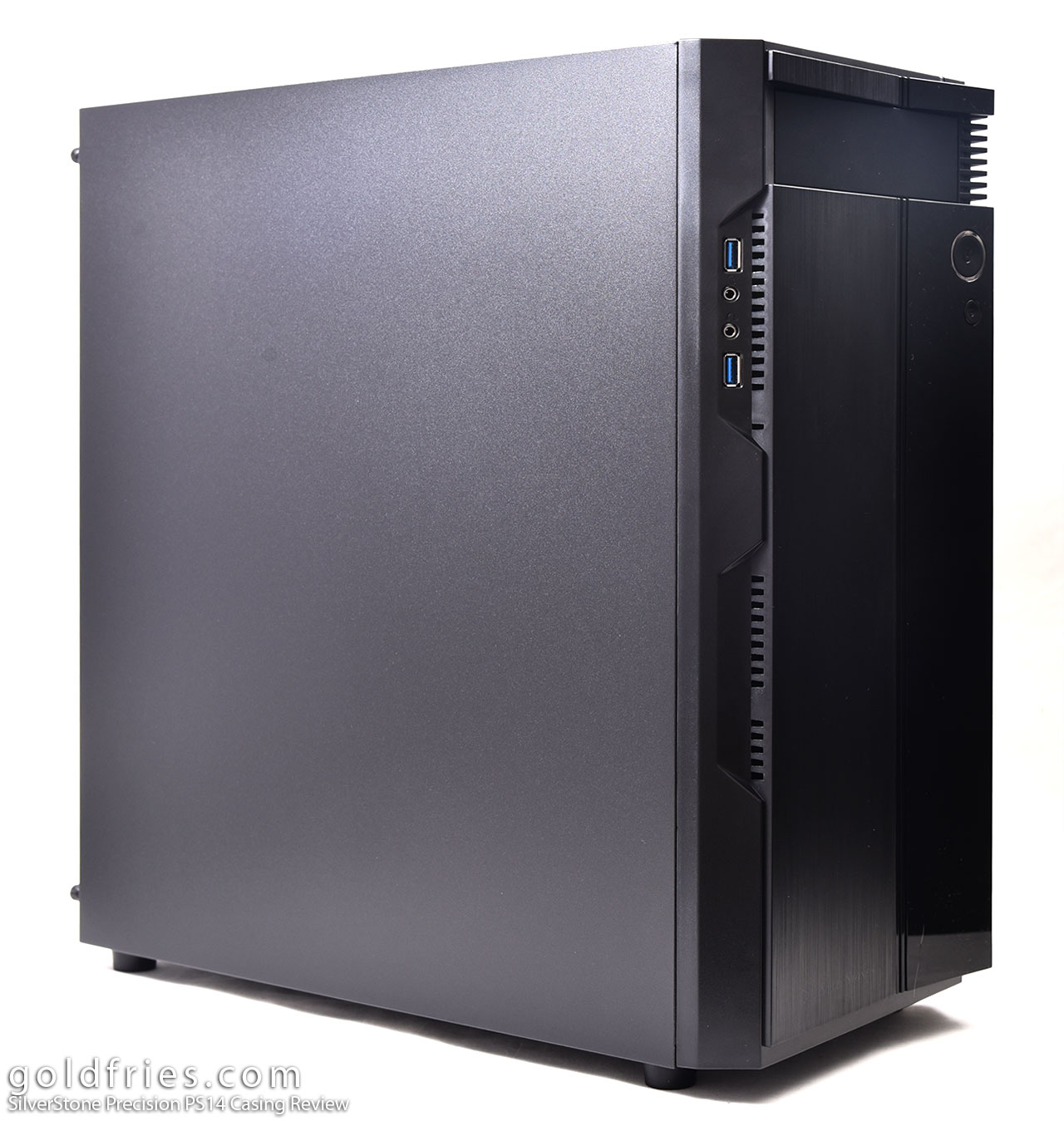 Before we begin, let’s have a look at the specs. Now the SilverStone Precision PS14 is one simple casing, I like it that the power buttons and USB ports are facing forward. Forward facing buttons means they’re less likely to be triggered by accidental presses like say one from a cat. Of course a knee bumping into it would likely be just as bad but I still prefer forward facing rather than upwards, plus ports that face upwards are a no-no should there be spill or just so happen something drops or drips into it. On the top side the SilverStone Precision PS14 doesn’t come with any opening so there’s no placement for exhaust or radiators. 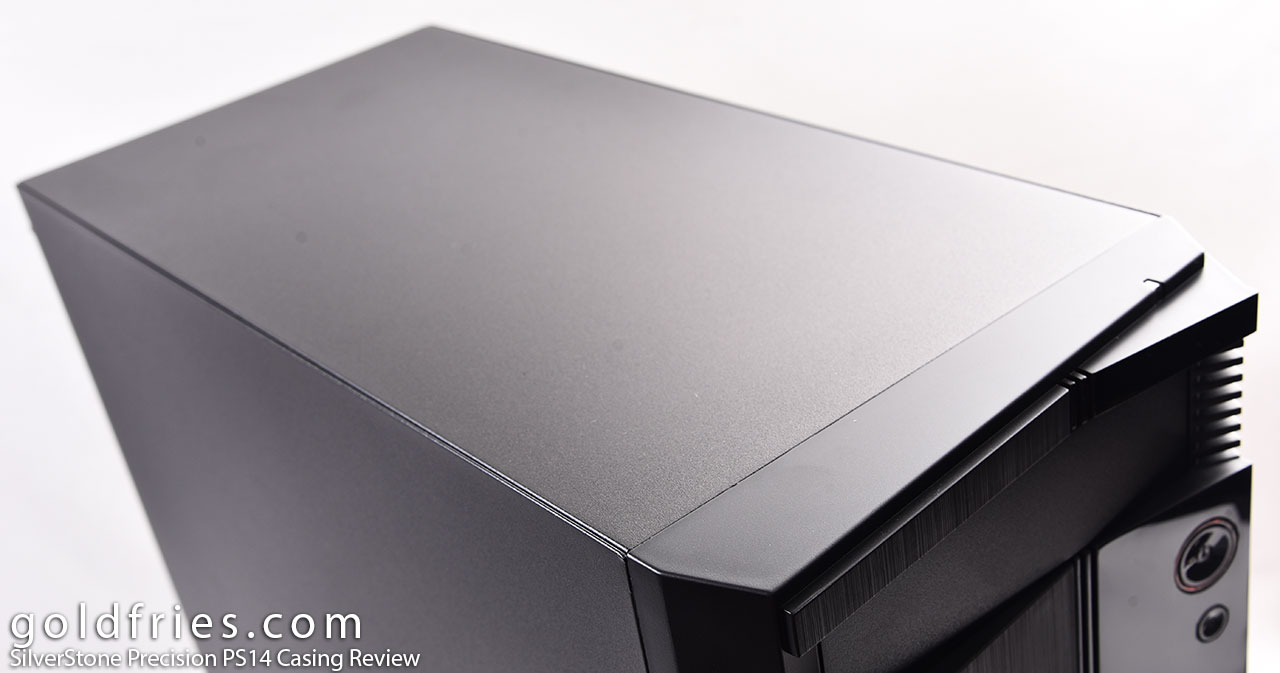 At the rear the casing doesn’t look anything out of the ordinary, though I must say I detect that type of locking mechanism where the clamp is an entire piece but you know very well that it doesn’t clamp well in the first place. 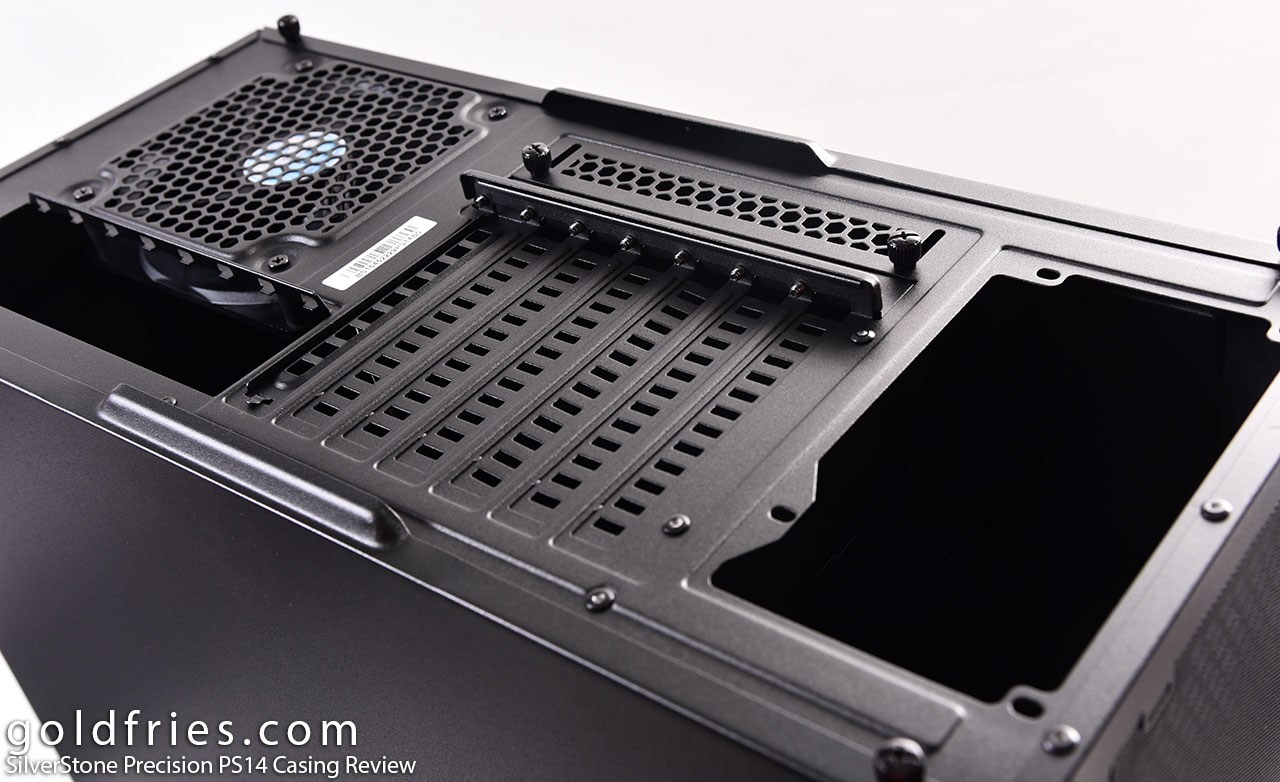 At the bottom are 4 plastic feet, I do wish they have rubber padding for reduced chance of scratching surface and adding more grip. 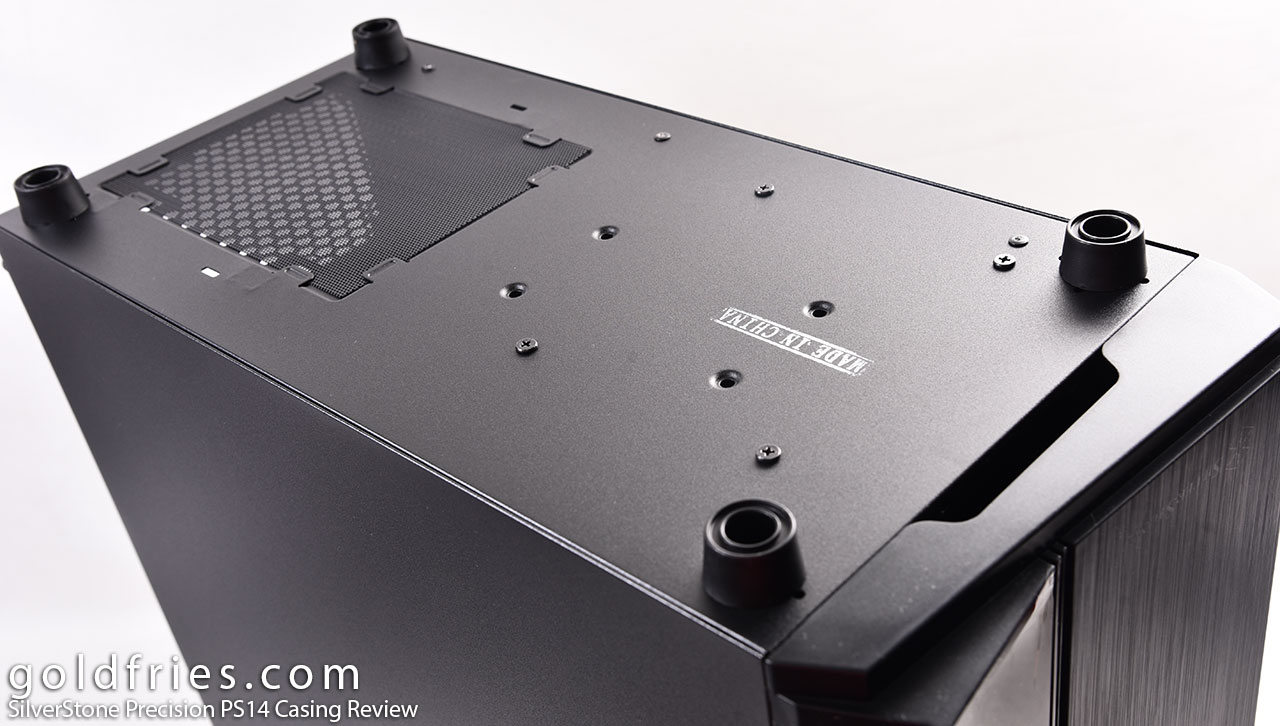 Once opened you have there the front intake area, no fans included for this, just a very simple dust filter mechanism. 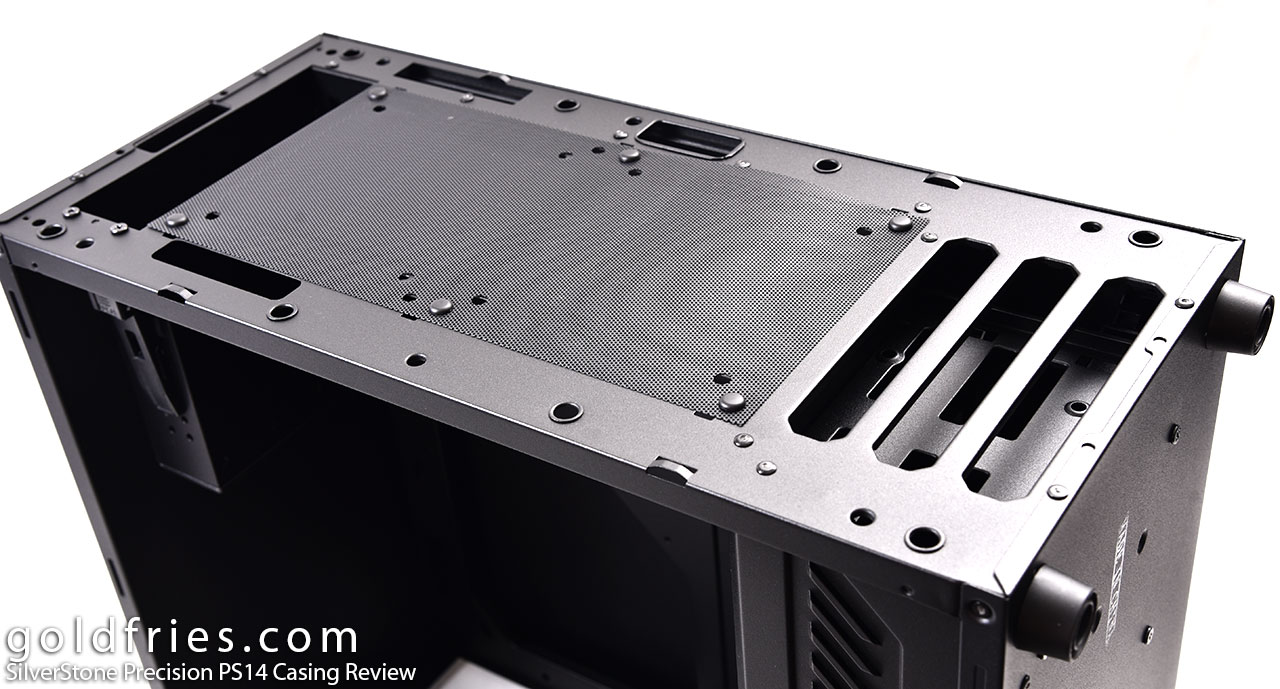 On the next page we’ll have a look at the interior.