Never thought my first experience on a GTX260 would be on such a high spec version. 🙂 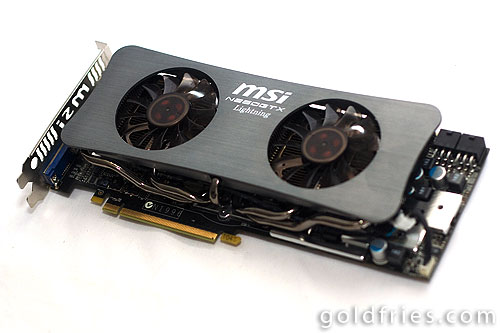 Here’s a closer view of it. 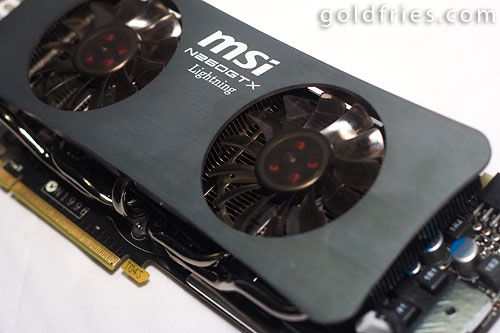 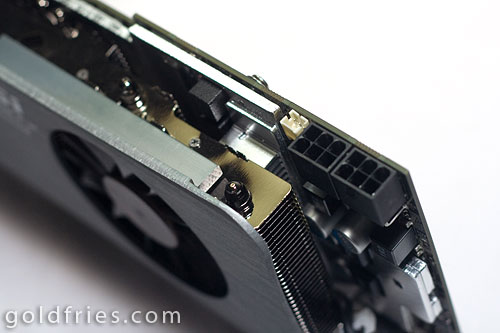 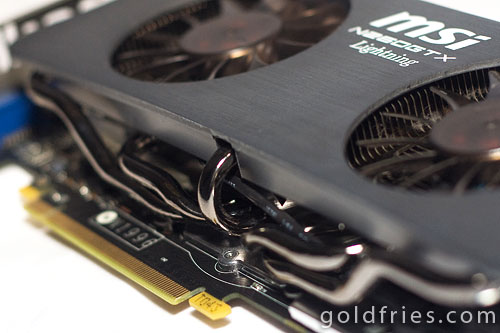 The card is ever-ready for SLI. 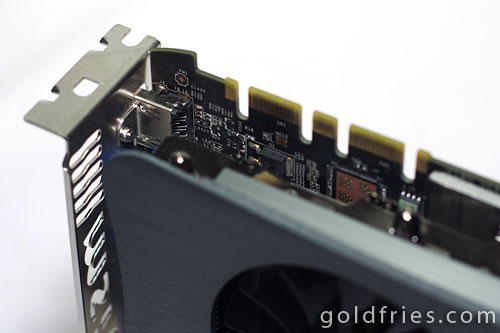 PCI holder piece with MSI carved on it. 🙂 The card comes with HDMI, DVI and VGA output – alright! No converters needed. 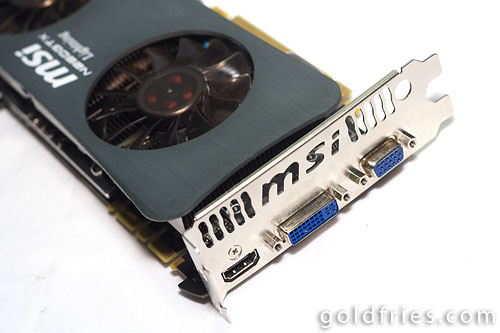 Generally it’s a beautiful card but how does it perform? And what about the heatsink?

All the details are at the official product page.

Since I don’t have any GTX275 around, I believe the closet comparison would be to the HD4890 card.

Great temperature I must say, the customized heatsink is certainly worth the value.

Unlike the other articles, the MSI N260GTX review would be pointless if we missed the the goodies that come with the LIGHTNING!

First up – the AirForce Panel. I have no idea why it’s called AirForce panel, like whether it’s designed based on any particular component used in any AirForce.

Regardless, here’s the AirForce Panel in action. Take note of my annotations.

As you can see – it’s flimsy. The panel itself is great but the mounting was awful. 1 center piece to hold a panel? I thought the idea was good but it certainly doesn’t look “airforce” or “military” here. It’s touch-sensitive nature is not all that sensitive either, it’s difficult to know where you’re touching either since it’s all flat.. 🙁 The semi-transparent screws MSI are tricky to keep track too, misplace it and it’s difficult to find.

And next, let’s have a look at the overclocking software – again, another good idea BUT it fades off too quickly. And to get that thing showing again, I had to press the panel and a few seconds later – it goes off again. I don’t recall any option was available to disable the FADE AWAY but it sure is annoying.

More details on the flaw of this software.

And lastly (just for fun) – a video showing how the panel could allow you to control screen brightness and contrast, which I think is pointless since people would have already done that via their monitor when they first purchased it.

The card itself is good, as you can see it stacks up very well against even the HD4890 which his supposedly to be GTX275 class.

As for the accessories – great ideas with bad implementation. 🙂 Seriously, I couldn’t care if the panel was removable. I’d rather they made it “hold still” to the 5.25″ bay itself to be sturdy enough so I could at least touch it properly.