A lightweight powerhouse, the MSI GS40 is powered by Intel’s Core i7 and Nvidia’s Geforce graphics system. 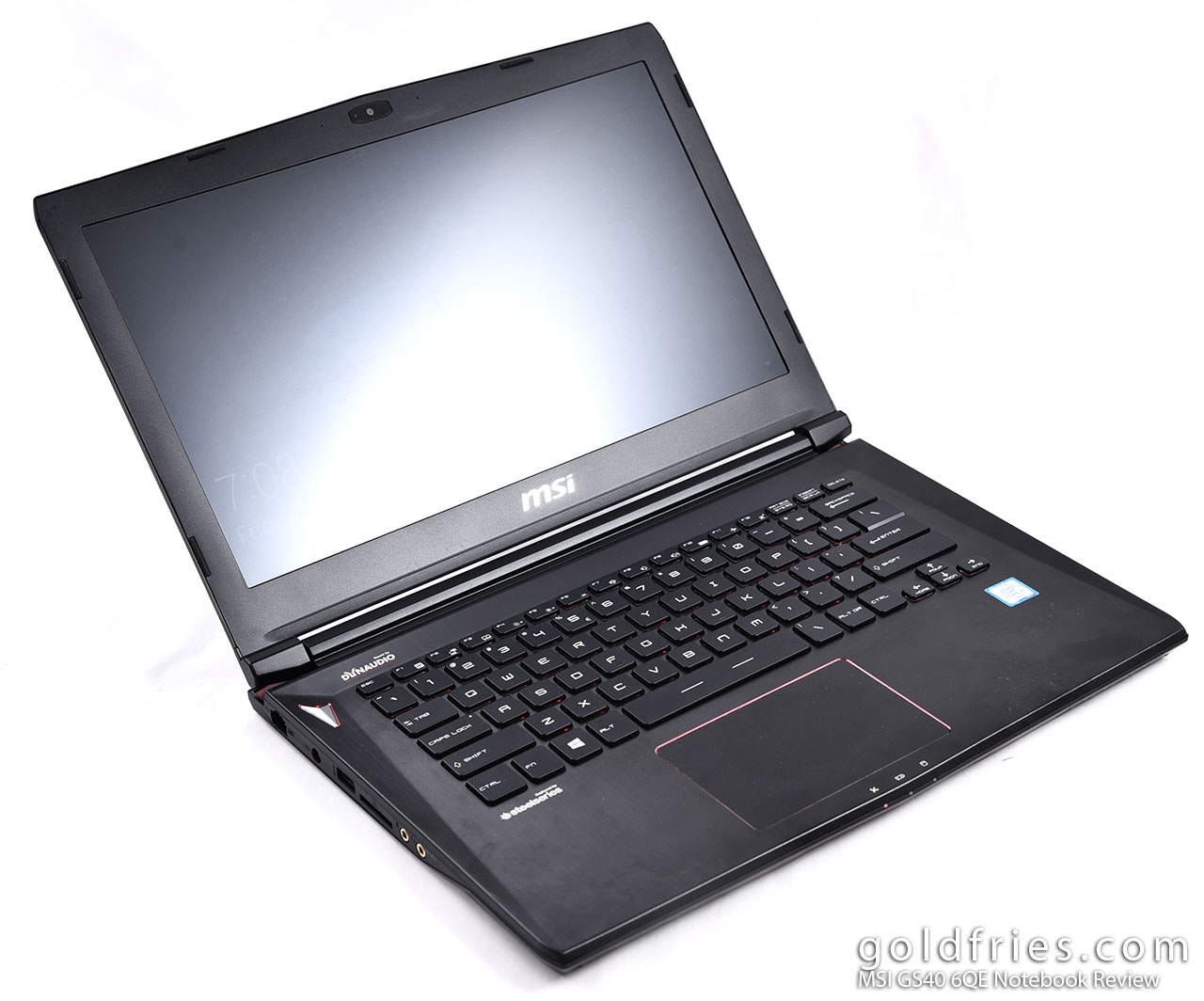 Starting from the top, or should I say the back of the panel, the MSI GS40 has a brushed-metal finish and glowing emblem. 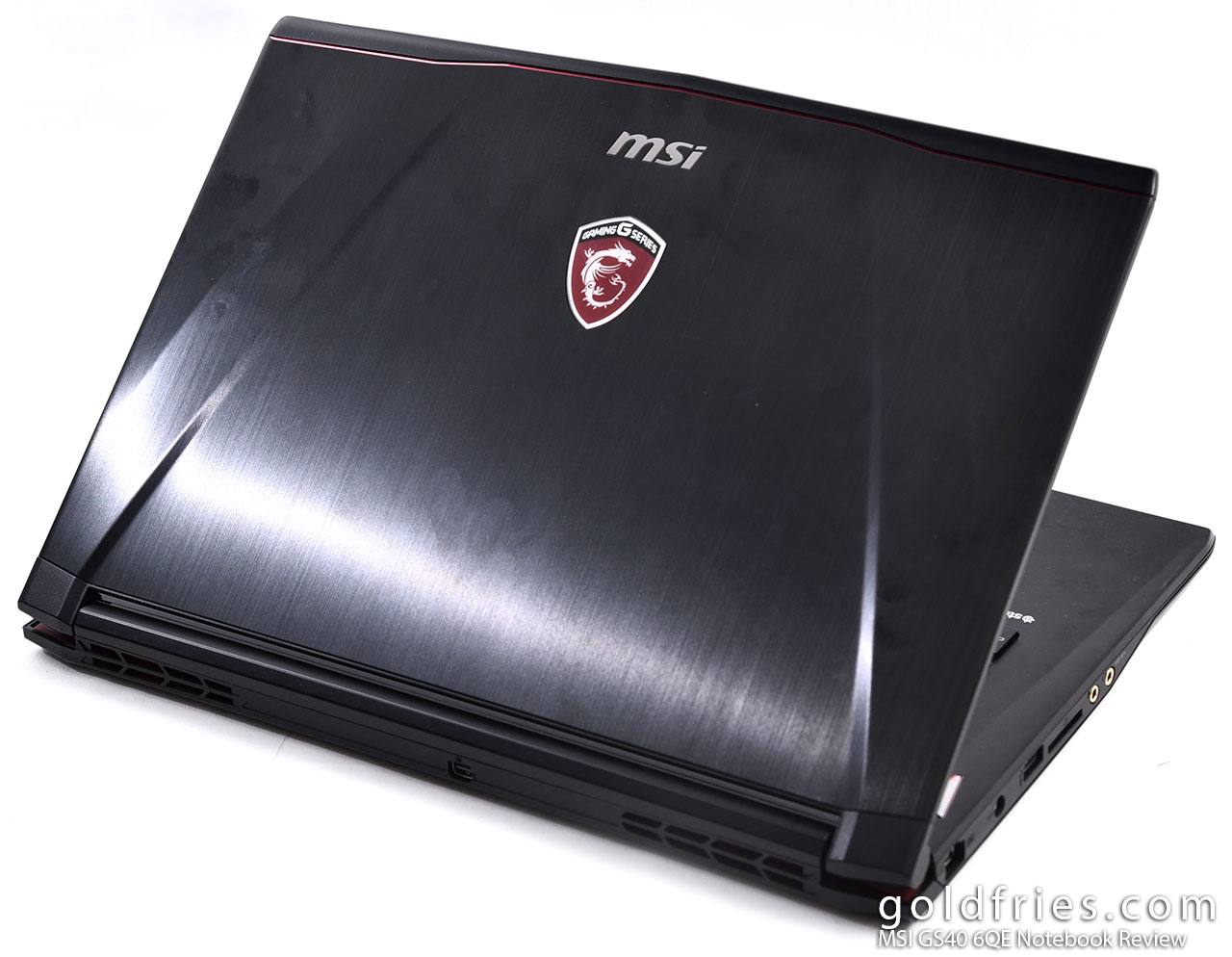 Moving on to the inner area, the full-sized key and large touch pad are comfortable to use. 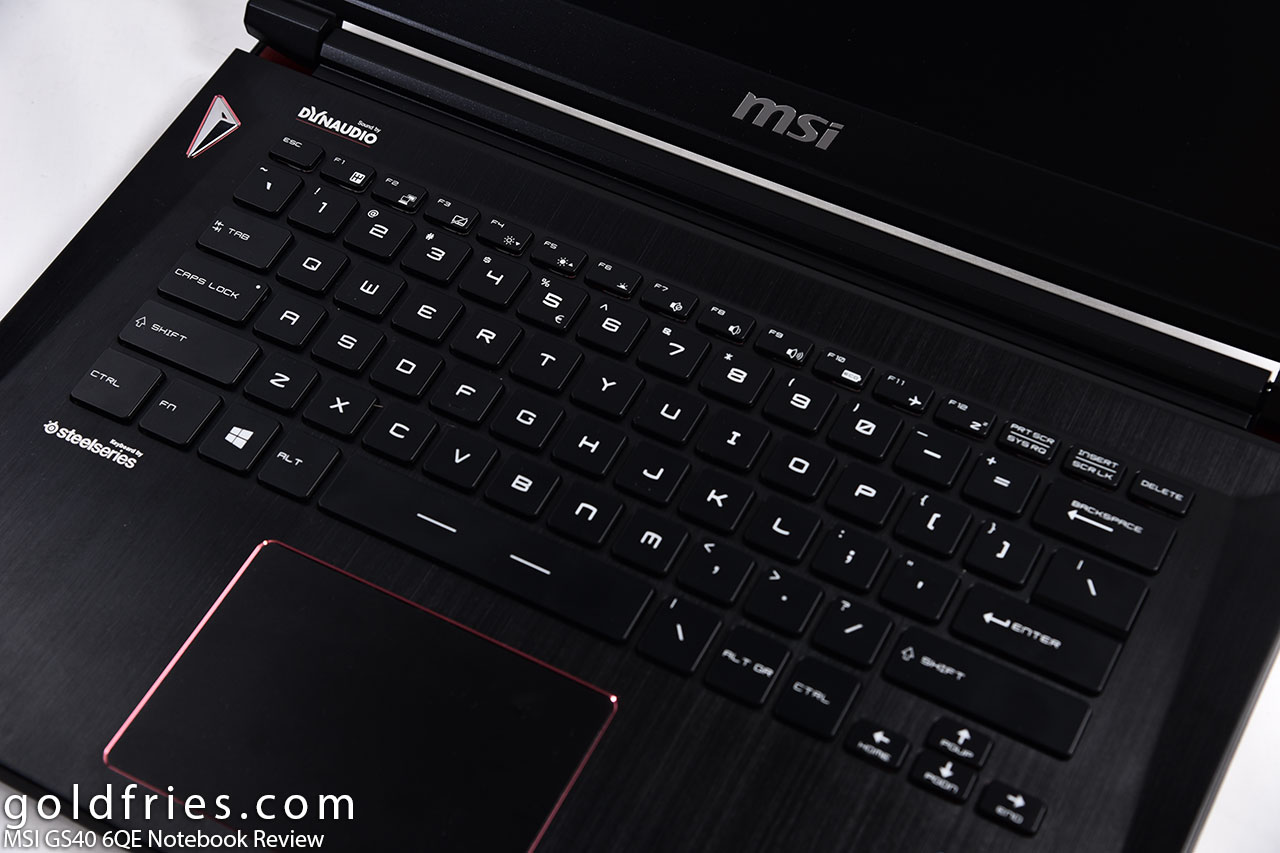 I like it that MSI placed the POWER button far away from the keys but still I recommend exercising caution to avoid accidental POWER button press. 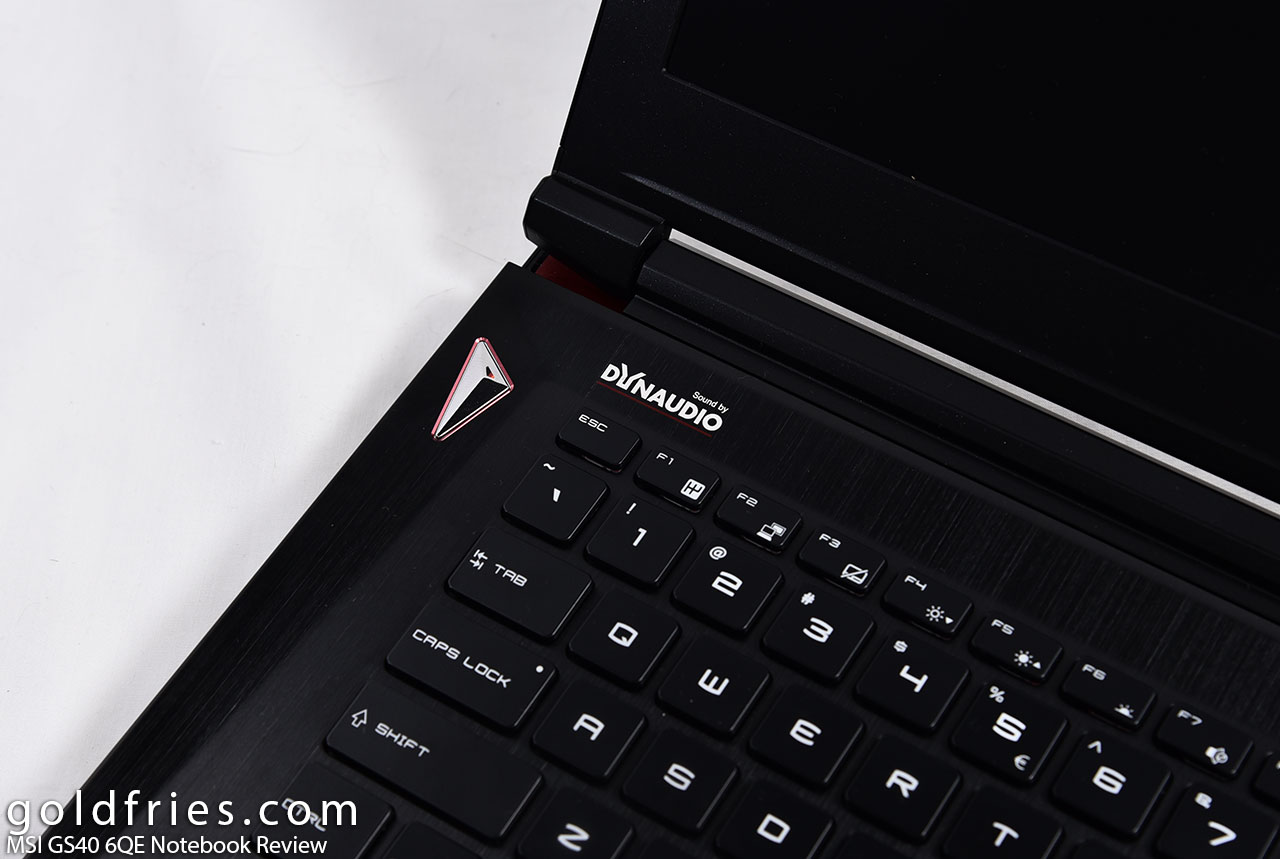 The keys are backlit in red color, matching the color scheme of the GS40. 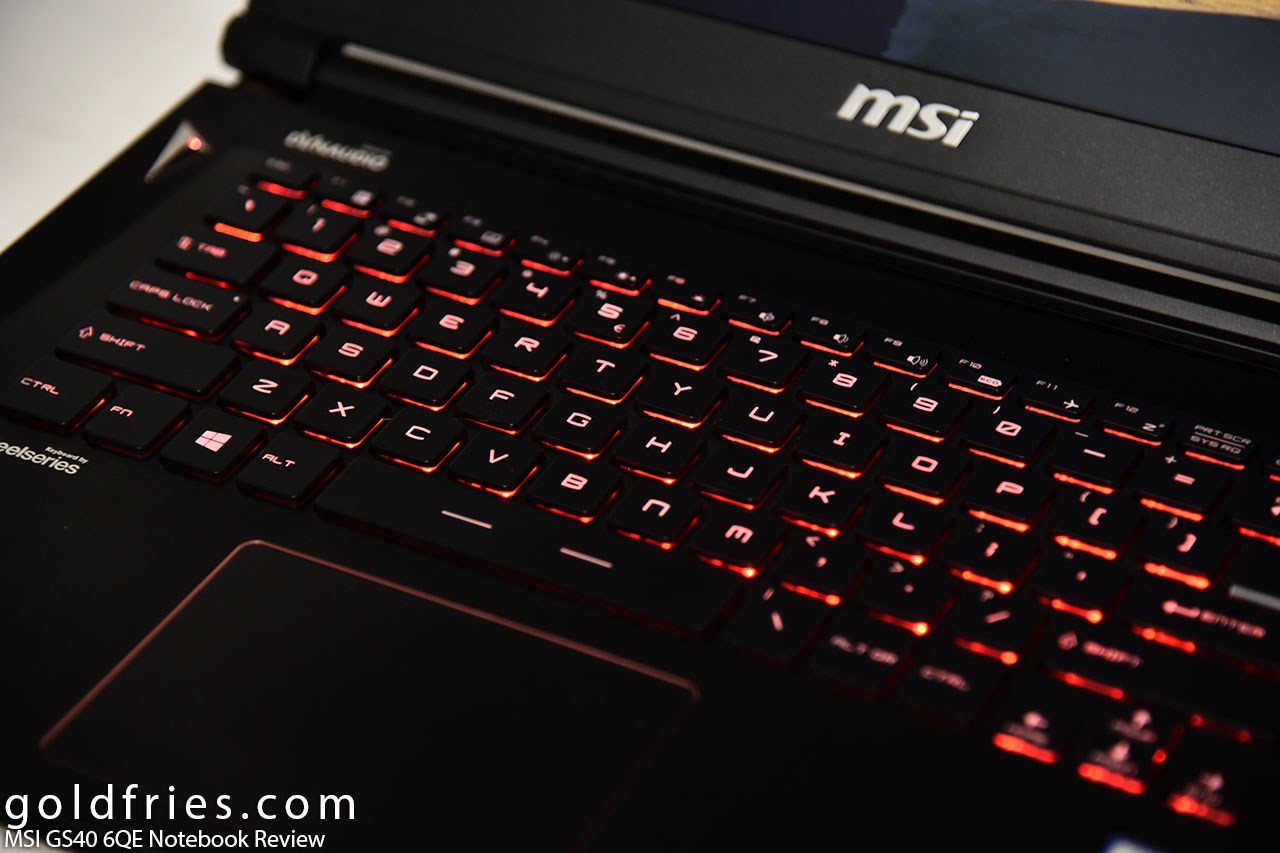 Here are the ports on the left. And here are the ports on the right. 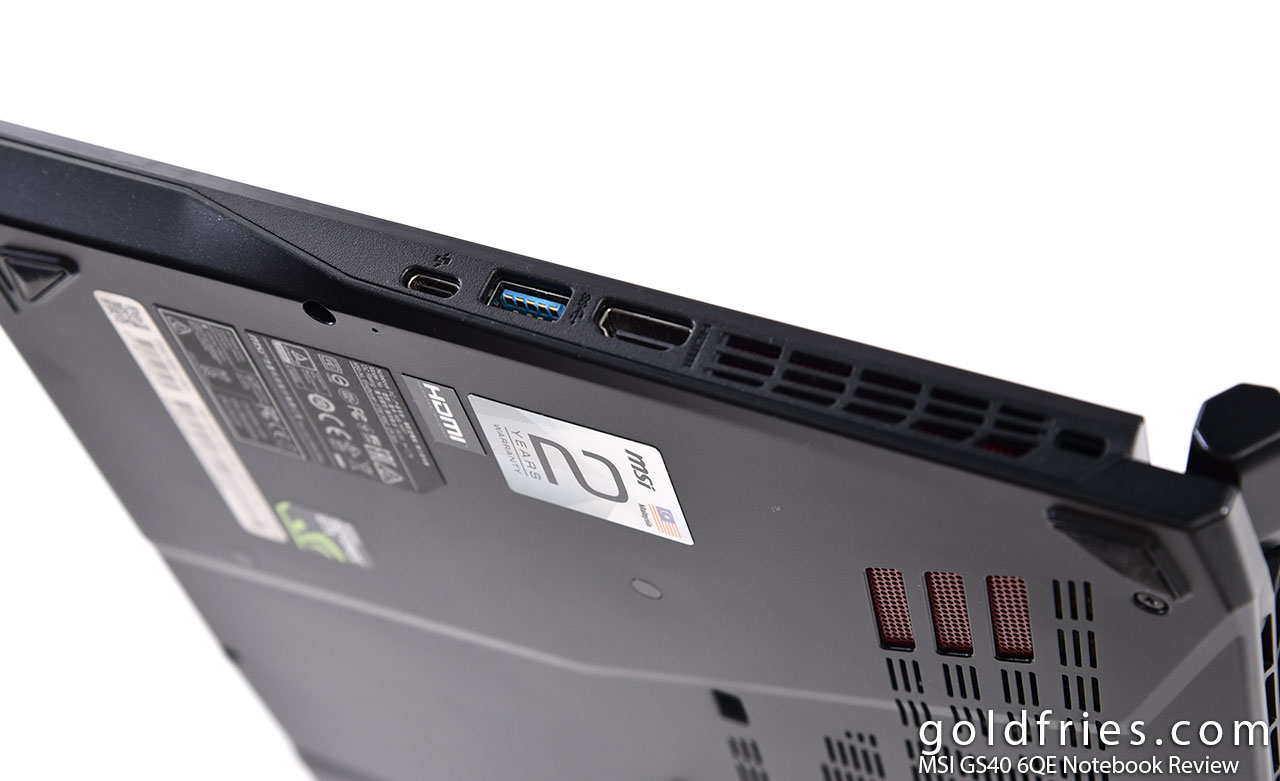 The GS40 comes with forward facing speakers that are on the body and it has triangle shaped feet. 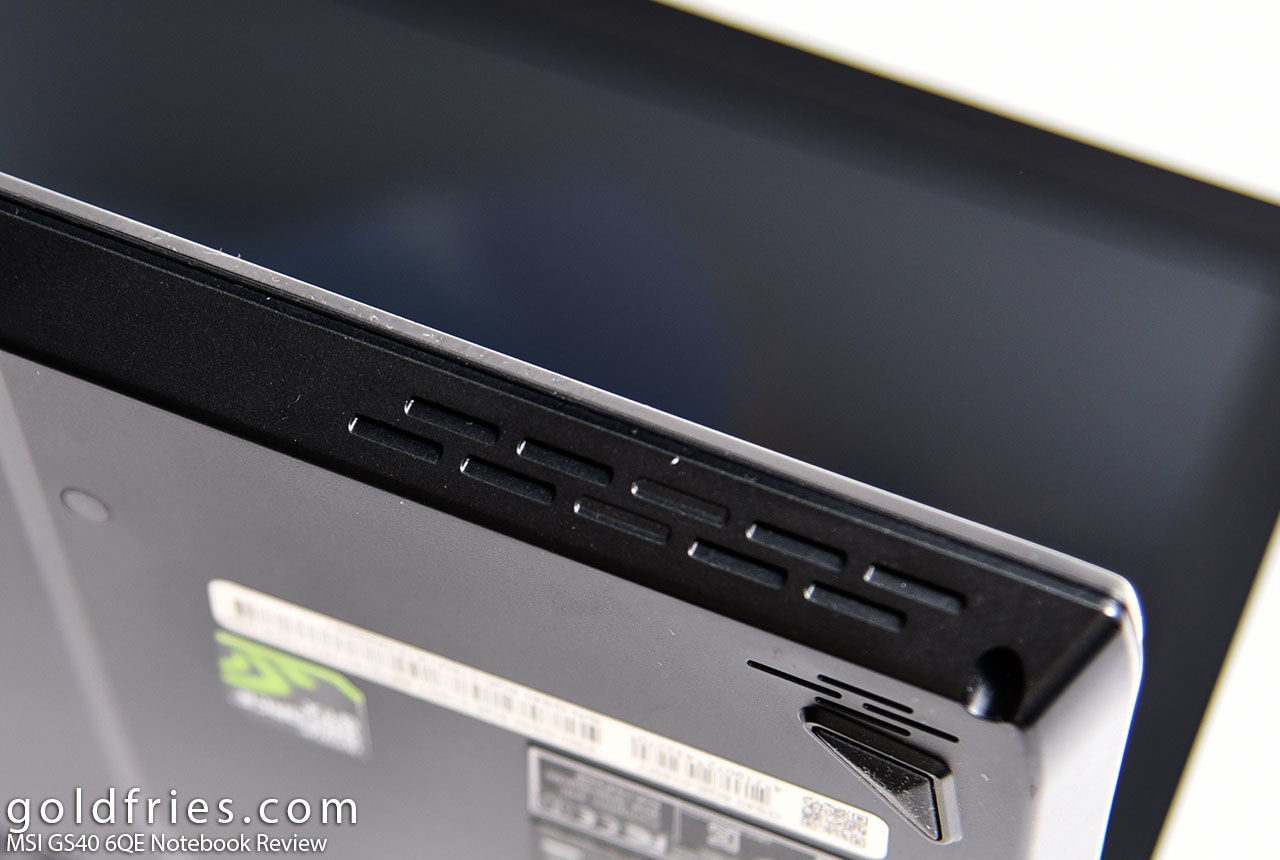 The exhaust panels are at the rear, note the beautiful looking grille in red. From the bottom you’ll see the red colored mesh, underneath it is the cooling system. 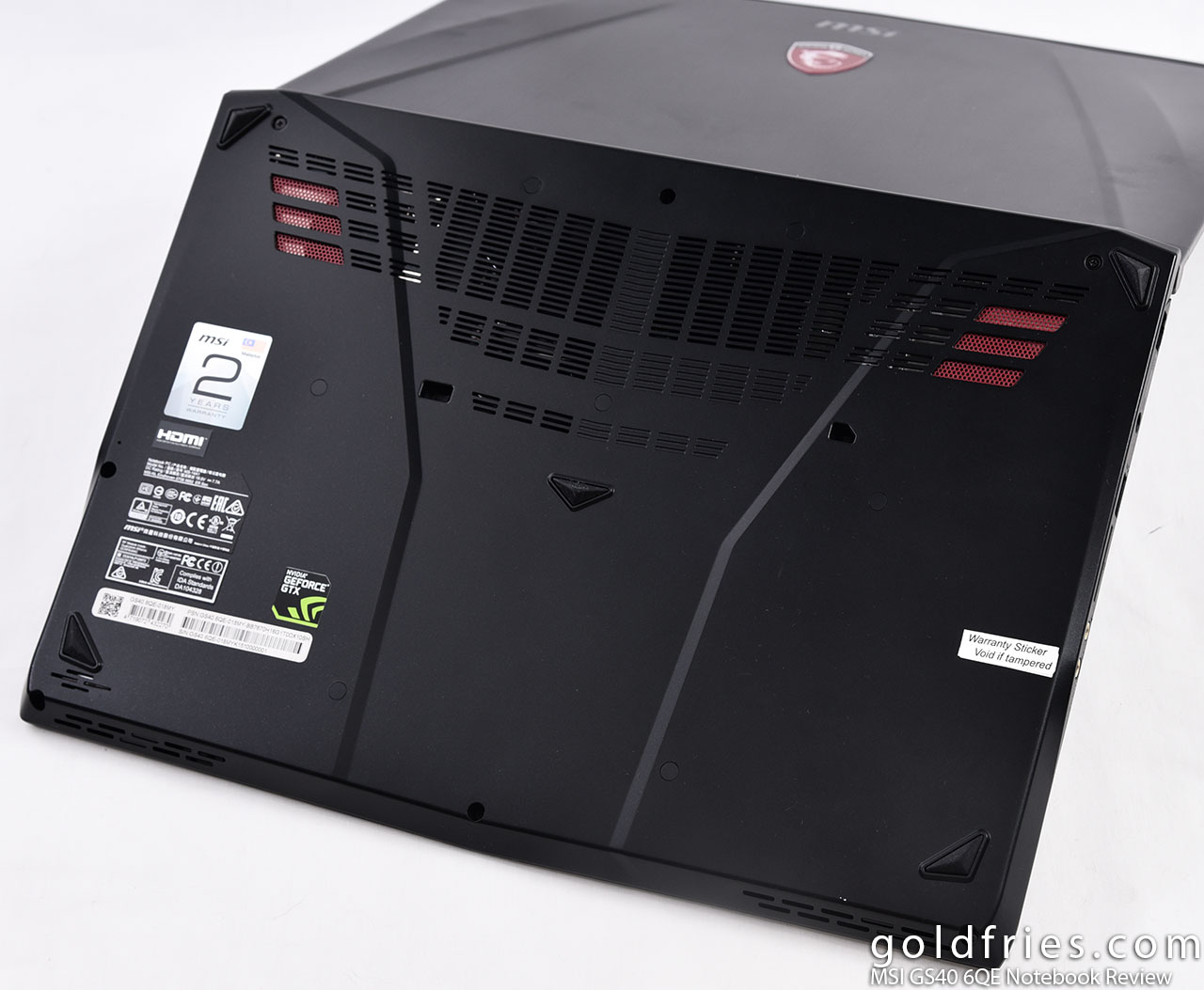 Here are the CPU-Z and GPU-Z capture for the MSI GS40. 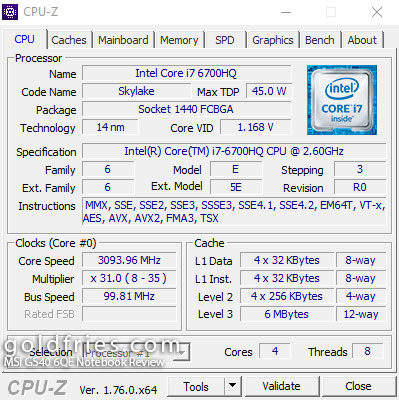 The MSI GS40 shines when it comes to performance, let’s have a look.

In the graphics department the Nvidia GeForce GTX 970M GPU performs like the desktop GTX 960 GPU.

As for the power draw, the MSI GS40 PQE idles at around 32 watts wall draw and when the CPU and GPU are on load it reaches around 127 watts wall draw.

The CPU idles at around 50c and reached up to almost 80c on load and what’s amazing is that it’s almost silent all the way. As for the GPU it idles at around 45c and 76c on load with the fan being quite noisy when that happens.

The GS40 works great as a portable workhorse, with good processing power.

Performance capbility aside, the GS40 comes with IPS LCD panel that emphasizes color accuracy. As for the audio department, it’s decent at best. It’s neither bad nor good, I’ve heard better from higher-end MSI notebooks.