Moving on, the next thing I wish to highlight is the SMART KEY button that’s placed right below the SIM tray. Before going into detail on the SMART KEY, I wish to point out that the SIM TRAY holds 2 SIM cards but the 2nd SIM holder is also a MicroSD card holder – this isn’t a good thing when you’re travelling and need additional space for photos while having a secondary SIM card for connecting to the local telco. 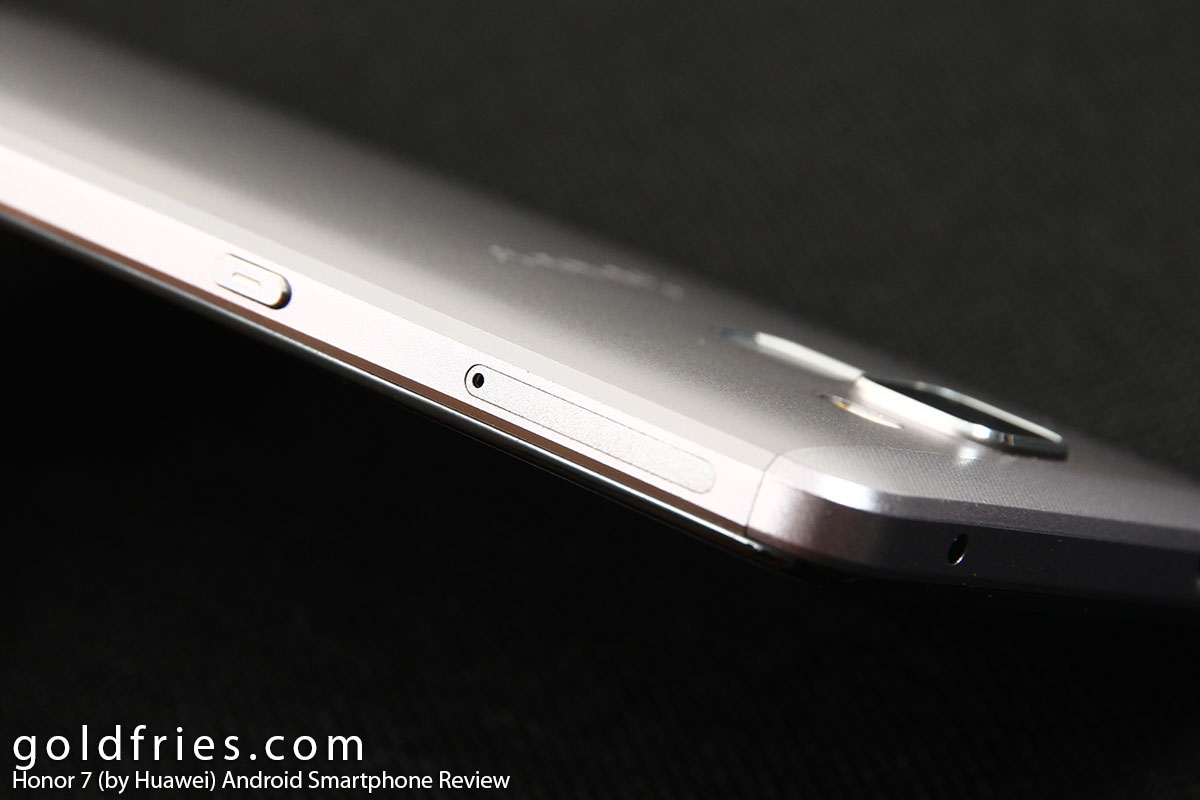 The Smart Key is something I really love about the phone, you can set it to practically any app or function on the phone. I’ve set mine to CAMERA on single click, FLASHLIGHT on double-click and SMART CONTROLLER on hold. 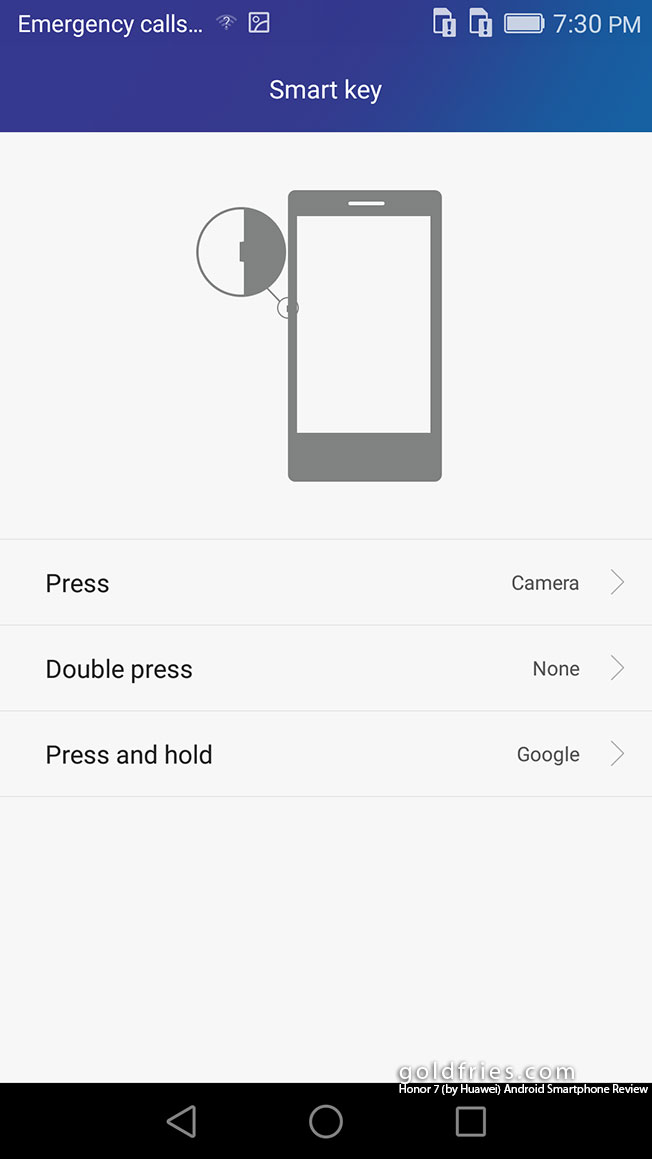 Smart Controller? Yes, that is correct. The Smart Controller is a feature that I grew to love. I’ve tested it over various devices in my home and now I have it to control 2 Panasonic air conditioners, an Apple TV and a 40″ Sharp LCD TV. How cool is that? I could just control these devices without having to raise my bum to reach out for the controller. 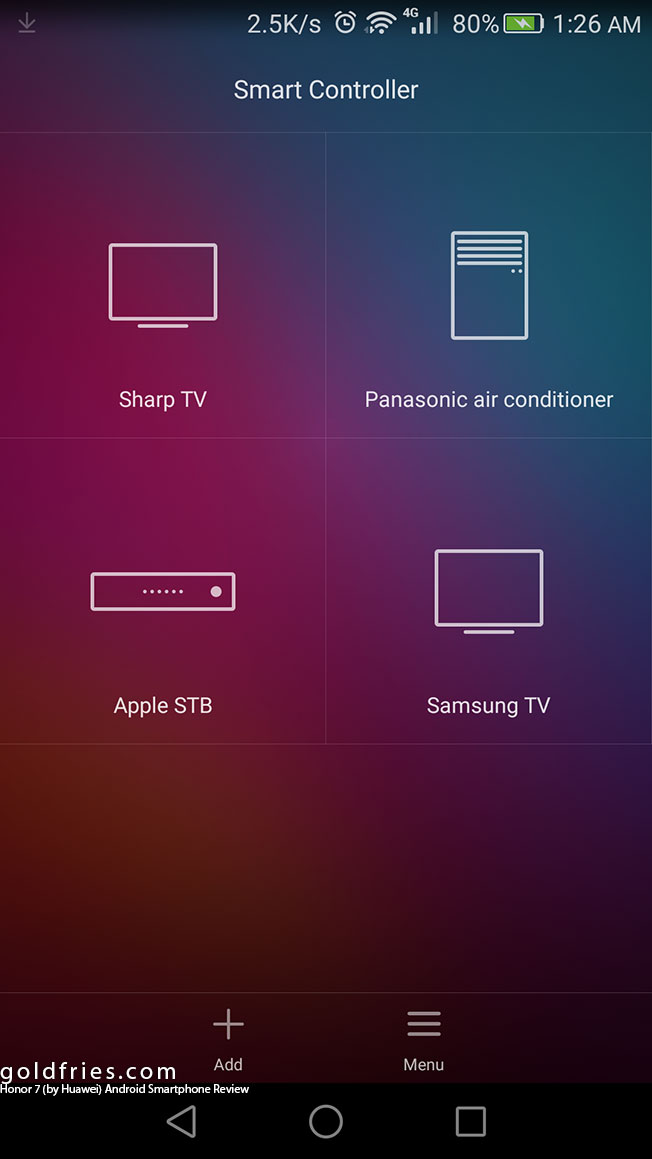 On the right side of the phone is the POWER / LOCK button and the VOLUME Button, nothing fancy. 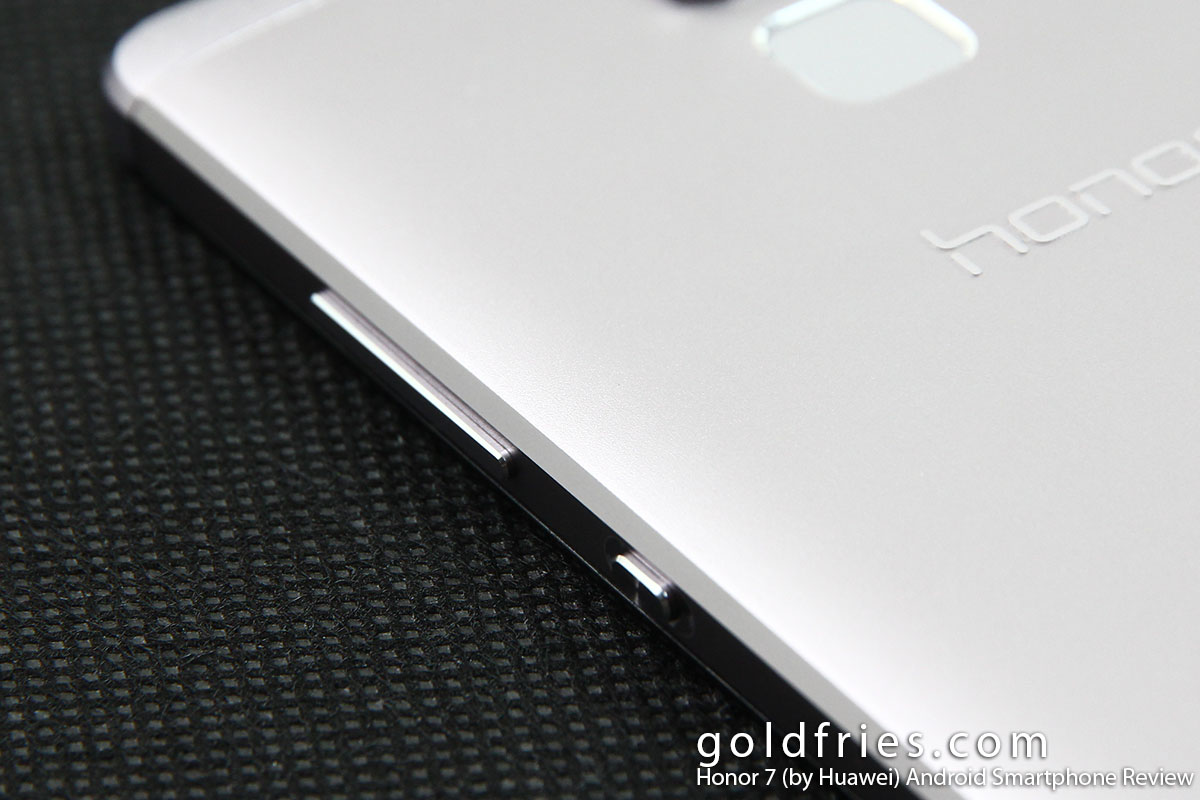 Lastly, the buttom lies the Micro-USB portand the speaker – not that’s speaker, not speakers. There are ventilation grills on both sides of the Micro-USB port but only the one of the left carries a speaker and the speaker is utterly useless when it comes to gaming on landscape orientation as it is easily blocked by the way we hold the device. The speaker’s loud and clear though, I like the output but it’s just sad that one can totally block it when in landscape orientation. 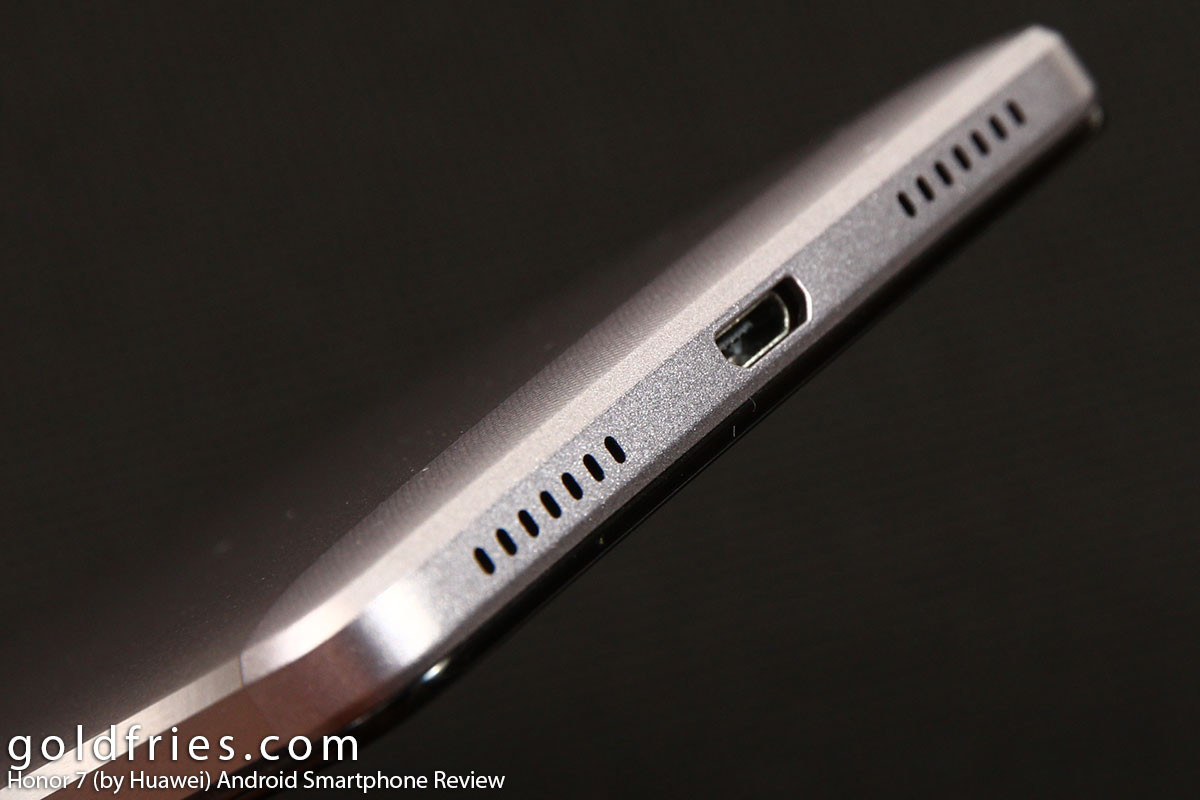 Speaking of which, gaming experience is horrible on the Honor 7 not only because of the audio output but also because of 2 other factors, one being that the User Interface buttons are on screen while the other being that the Hisilicon Kirin 935 by Huawei is terrible in graphics performance. 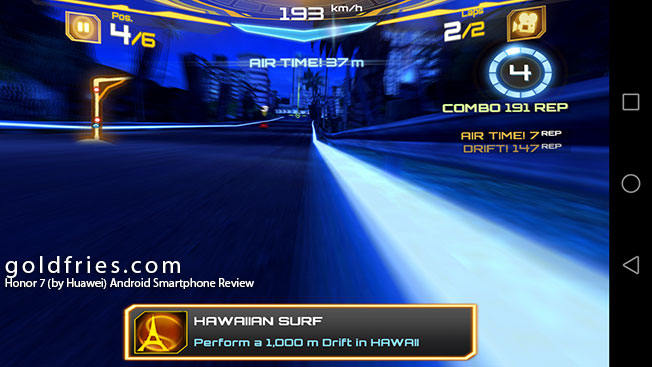 Battery life on the Honor 7 is amazing though, the 3100mAh could last me more than 24 hours and with plenty of juice to spare as long as I don’t go crazy over browsing. I also love it that the Honor 7 comes with very fast charging speed, on a 2.1A charger I get some 5% charge in 7 minutes. The only thing I didn’t like about the phone when it comes to battery is that it powers down itself at around 2% though you know very well that the 2% charge could last you a standby time for maybe some 15 minutes. 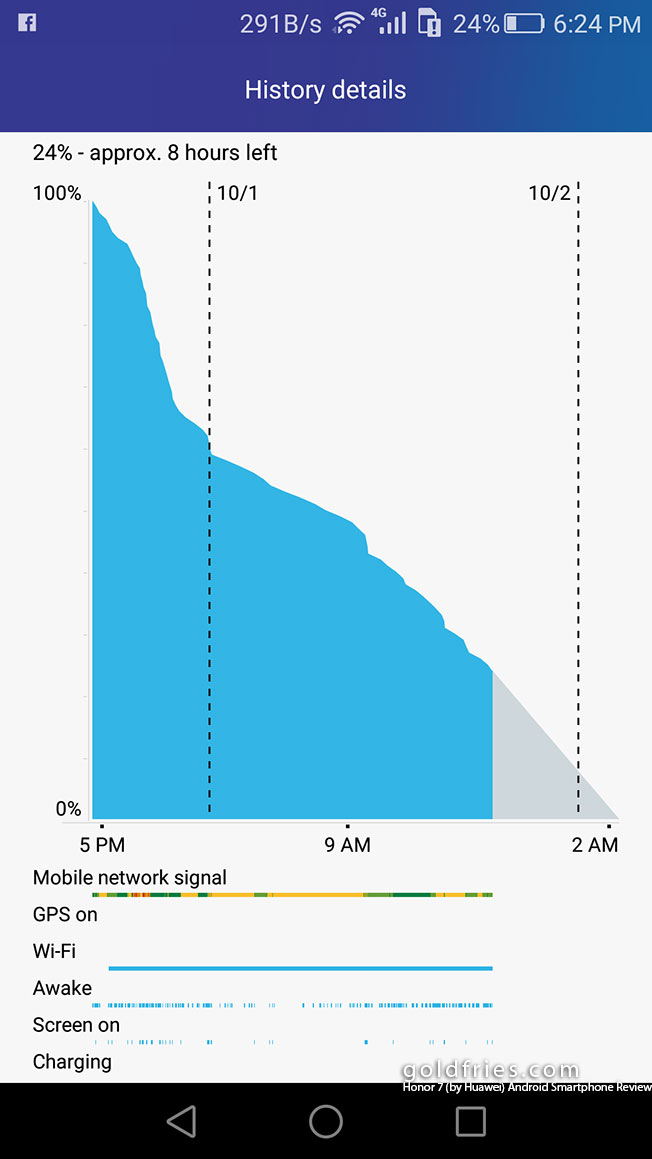 As for calls, I have no complaints at the Honor 7 works fine when it comes to reception and voice quality is excellent.

For those wanting numbers, here are the benchmarks. 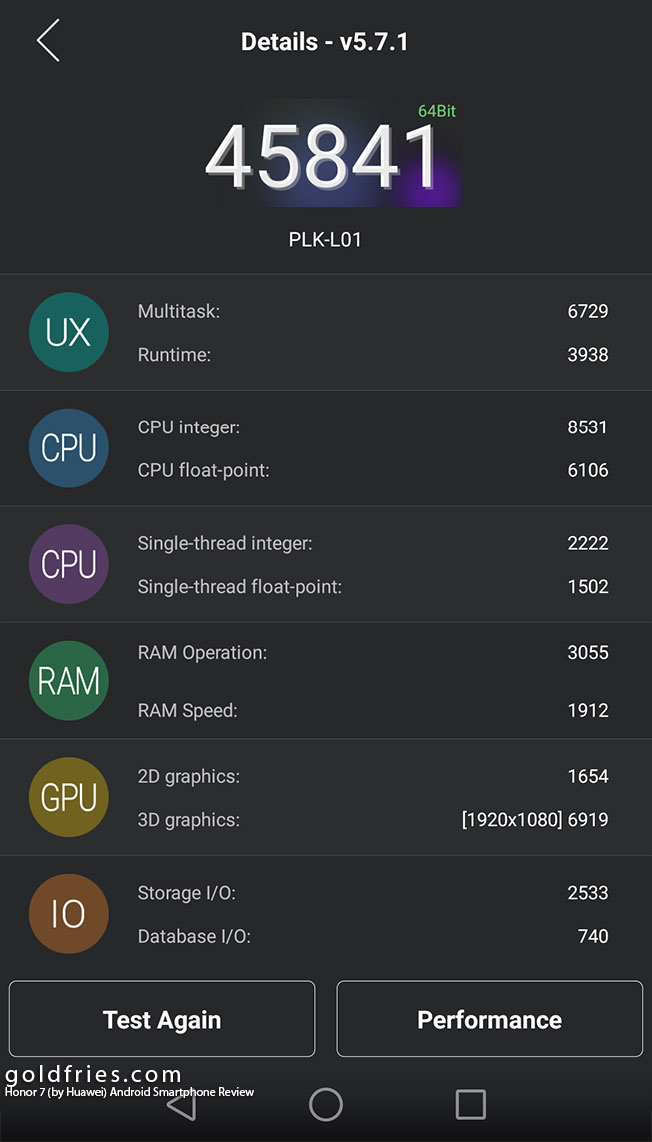 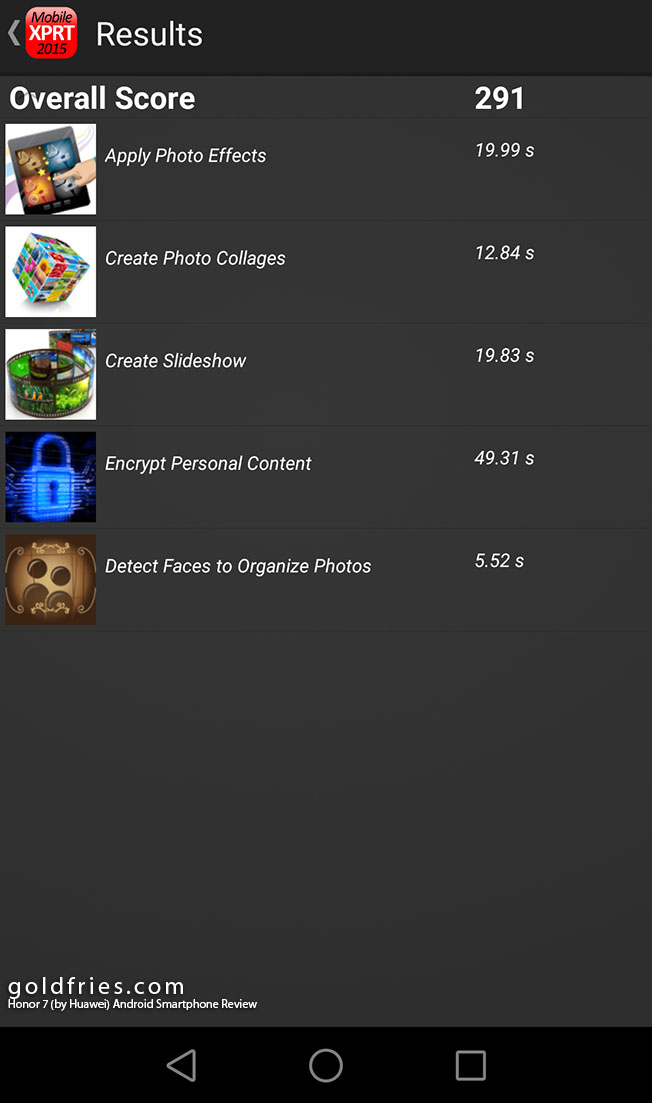 The Honor 7 might not be the best in processing power and graphics performance but it gets the job done and I reckon it’s also the processor that helps the phone maintain cool and retain the battery charge for long usage.

It might seem a little sluggish from time to time but from my experience this only happens with Facebook and I’ve had Facebook app crashing more often than ever but I think it’s more on Facebook app stability rather than the phone itself because other apps seems to work fine.

The phone isn’t perfect but despite its shortcomings, it’s a really nice phone and I must admit I fell in love with it the day I unboxed it. The Honor 7 retails at RM 1,399 – it comes with cool features such as the “smart key”, “smart controller” and “Fingerprint ID”, it has long usage time with the 3100mAh battery and is has a lovely camera that captures images in great detail.