Setting up the LIVA Mini PC is easy, it’s just a matter of snapping things into place, with only the Wi-Fi module being the exception as you are required to tape the antenna in place and secure the M.2 module with the screw provided. The chassis locks securely and takes quite a fair bit of effort just to dismantle.

Getting the LIVA Mini PC Kit up and running isn’t as straight forward as it seems as it doesn’t come with OS and it has only 2 USB ports. I spent my time swapping my mouse and keyboard away as I used the USB 3.0 for reading data from flash drives and DVD-ROM. 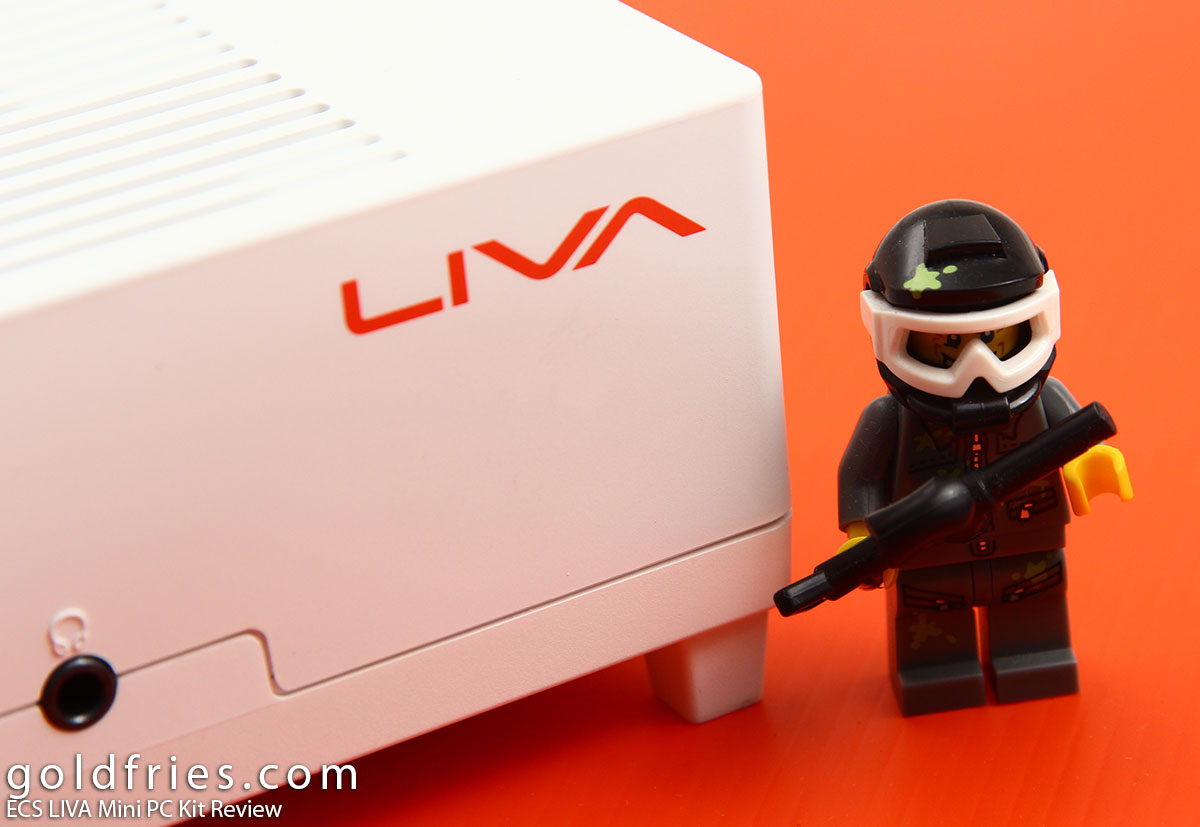 Installing Windows 8 took me about half an hour and I spent the next hour or so trying to figure out what’s wrong with my driver installation. Sure, I saw the installer CD says “Unsupported OS” but I thought it was just an error on the drive but it wasn’t.

Some of the drivers like LAN for example works on Windows 8 just fine but others like Wi-Fi for example, only works with Windows 8.1 – bummer isn’t it? With that I spent the next countless hours downloading Windows 8 updates in order to enable it to update to Windows 8.1.

So how fast is the system?

I tested the LIVA by doing a video conversion test.

So the LIVA takes twice the time of a Core i3 to process the video, and 50% longer time than the Pentium G3258.

It’s actually pretty good considering the power consumption is extremely low. How low is it? The wall draw peaked at only 8.1W, a G3258 system peaks at 54.5W on wall draw. Not bad, considering it’s performing 50% slower but consumes only 1/7 the power. To add to that, the LIVA Mini PC kit retails at only RM 649 while a G3258 processor alone retails at around RM 230.

The power consumption is so low, you can even run it on a powerbank like the FSP Power Bank Runner 7800 where it comes with 2.1A fast charging capability. One thing to note is that it doesn’t work with all USB charging device as some do not provide enough power to sustain the system.

Some of you might wonder how does it fare when it comes to gaming, I tried to run Unigine Heaven 4.0 benchmark but it refused to run. It looks like the system is not meant for one to play games on but my guess is that it might work with some old games using DOSbox. 😛

As for video playback, I could sense a slight lag when playing 720P 8bit MKV content with the lag being more noticeable when the scene is more complex. The playback is downright sluggish when it comes to 1080P 10bit MKV playback, not the lag that’s unwatchable but rather it’s more like frame-skipping.

The ECS LIVA Mini PC Kit retails at RM 699 for the 32GB variant, so expect the price to be a little for the 64GB variant. 32GB space is just enough for people who don’t hog space, alternative going Linux for OS might be a good idea.

As a computer, the LIVA Mini PC is great as a unit for web browser, working on office documents, simple photo editing and even video encoding you don’t mind the slow speed. Video playback is sufficient for 720P 8bit content but lag is more prominent once the content increases in bit-depth and resolution.

I think it’s a great product, just make sure you have a techie friend around to help you with it if you’re not familiar with getting operating systems installed.