By: goldfries
In: Hardware Reviews, Others / Accessories
Tagged: dell, Printer

While color printers are a norm these days, I was pleasantly surprised that Dell still produces printers that are for non-colored printing. 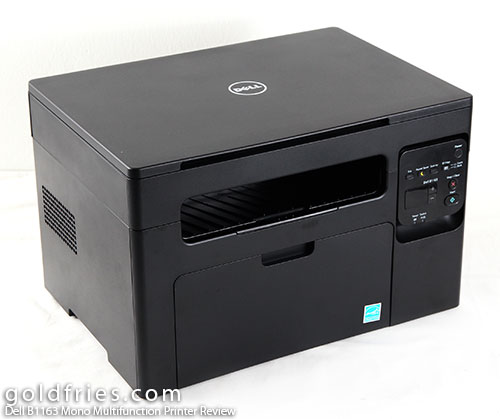 Such is the Dell B1163 which I think is a great choice for those that print grayscale documents often.

The printer itself is a sleek black box with control panel at the front which I think Dell designed it for the office worker uses the printer often enough to warrant it a desktop real estate. The front placed control panel makes it easy to access the functions without getting off the seat. 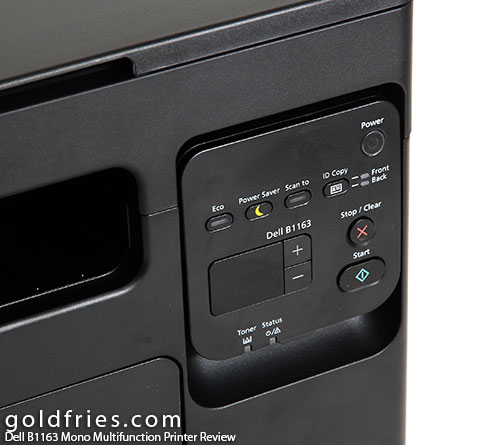 That’s not to say you can’t use it when standing, the panel has an alternative position to allow easy access for varying placements. Sorry, you can’t tilt it to the left nor right but even as it is, it’s a very well thought of feature. 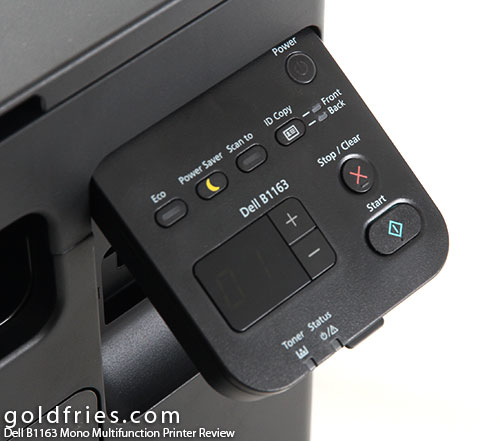 The panel has a lock at the bottom that supports the panel so it will be as sturdy as it is when in use, and a press of a latch is required before being able to place it back to the original position.

The printer comes with a scanner / copier on top.

The B1163 is well built, no squeaks from the movement of hinges. 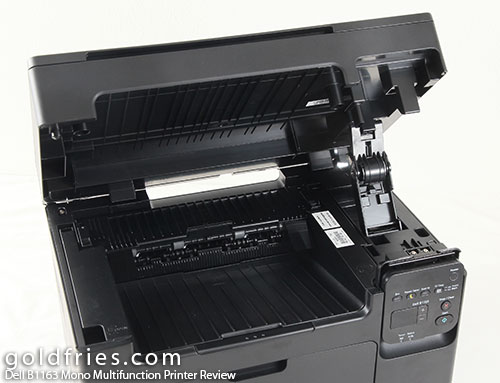 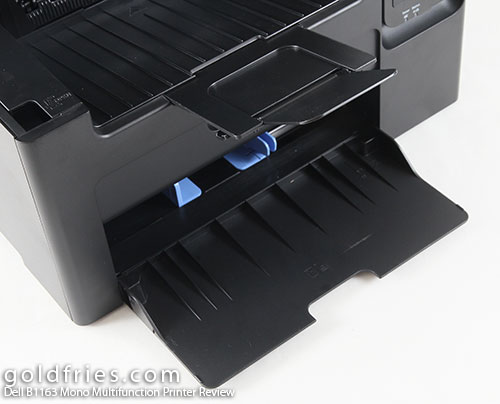 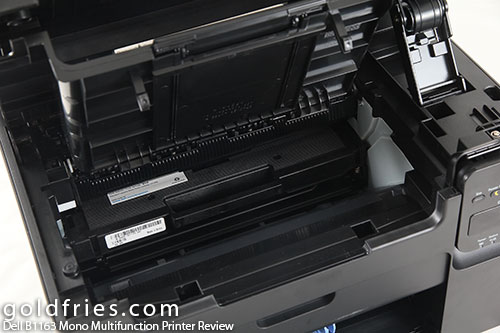 I tested the printer on a Dell notebook that runs Windows 8 but I was disappointed that the system did not recognize it immediately. Driver installation was simple and the printer was ready for use in a matter of minutes.

Each document I sent for print takes about 30 seconds to complete, about 25 seconds used for data transmission while 3 – 4 seconds for the printing process, so the claim for 21 pages per minute seems quite plausible. 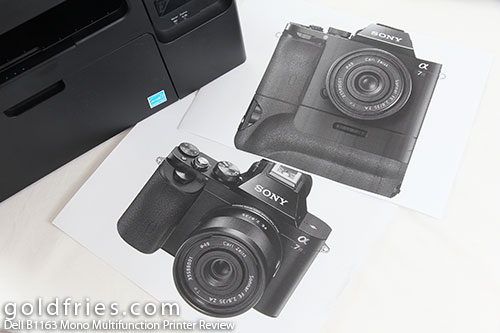 Print quality looks good, just don’t expect some award winning Black & White print from a cost-effective printer as such. Besides printing, the B1163 also does document scanning. 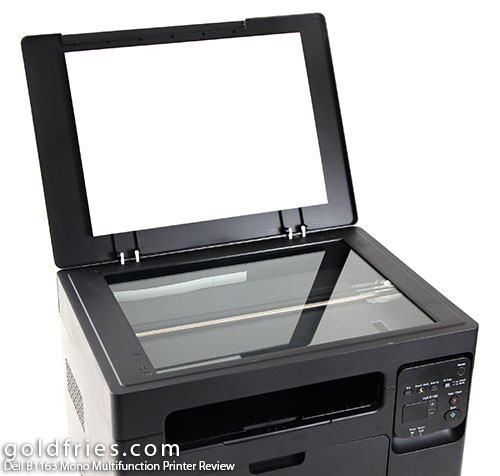 One thing I must highlight is that the user manual’s quick start guide isn’t particularly helpful as the guide provides step by step details on how one should open the unit to mount the toner cartridge but the product itself comes with the cartridge already in place.

The cartridge that is in place is not usable unless one dismounts it and remove the plastic that’s in place to halt operation. Without basic knowledge (or common sense), the concern here is that a user may end up yanking the placed plastic with force, possibly damaging the internals of the printer and the toner cartridge. 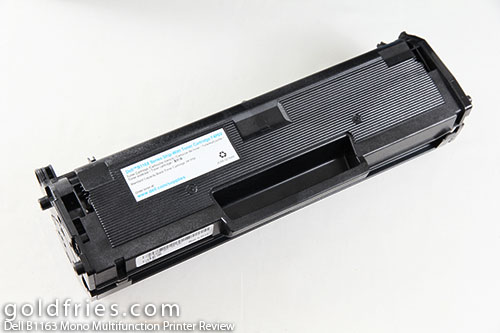 B1163 printer is RM 449 (with 1 year Advanced Exchange Service) and is available for online purchase. I think it’s a cost effective printer that’s worth considering, especially when factoring Dell’s awesome track record in after sales support.

Now if only Dell would consider bundling the USB Printer cable with the package. It’s a good thing I have quite a few cables to spare from some printers that are long gone.