The Gammaxx 300 is DeepCool’s entry range cooling solution. Does it work well? 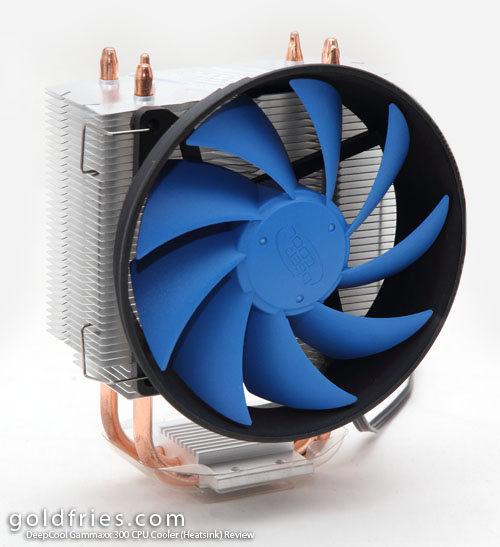 As you can see from the photo above, it’s a simple heatsink. The most striking part of it is the fan. The fan is different from the usual fan that comes with a heatsink. In this case, you see that the fan is bigger than the heatsink itself. 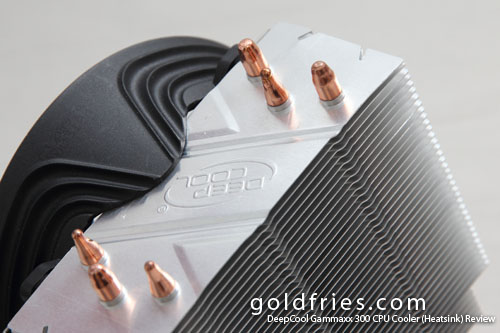 The fins and pipes. 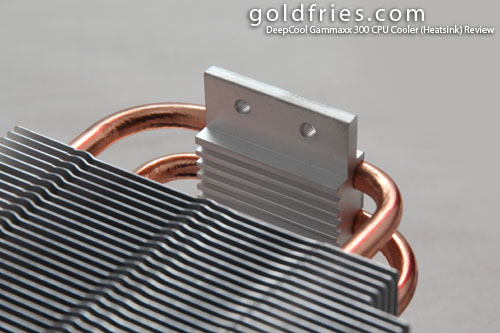 Pre-applied paste on the heatsink. Sorry – I messed up some SD Card content so I had to re-take the photos with a used paste. 😛 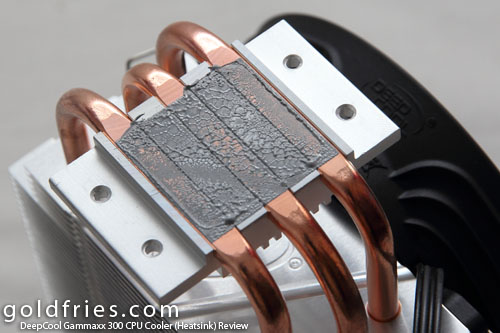 The product page mentioned – “120x25mm fan with PWM function offers a perfect balance between airflow and noise.” which I agree. The heatsink and fan is limited, and in order to get the good temperature, the fan does give some noise to it. It’s not like stock heatsink fan at full RPM, not at all. It’s considered silent. Something you won’t take not of when you’re gaming away. I just believe it’s something worth mentioning.

Another thing to note is that should you ever need to replace a fan – it looks like you’re limited to only 80mm fan. Just refer to the 1st image and see how the fan is held to the heatsink.