DeepCool’s been making waves in the cooling industry for a while now, their Lucifer Heatsink has always been the lab favorite at goldfries.com when it comes to air-cooling.

The Assassin II is the latest of the Assassin heatsink (of which I didn’t get a review sample) and it’s definitely a looker. OK well the packaging looks great but trust me, the product looks great too. The first thing to catch any attention would be the red colored fans. 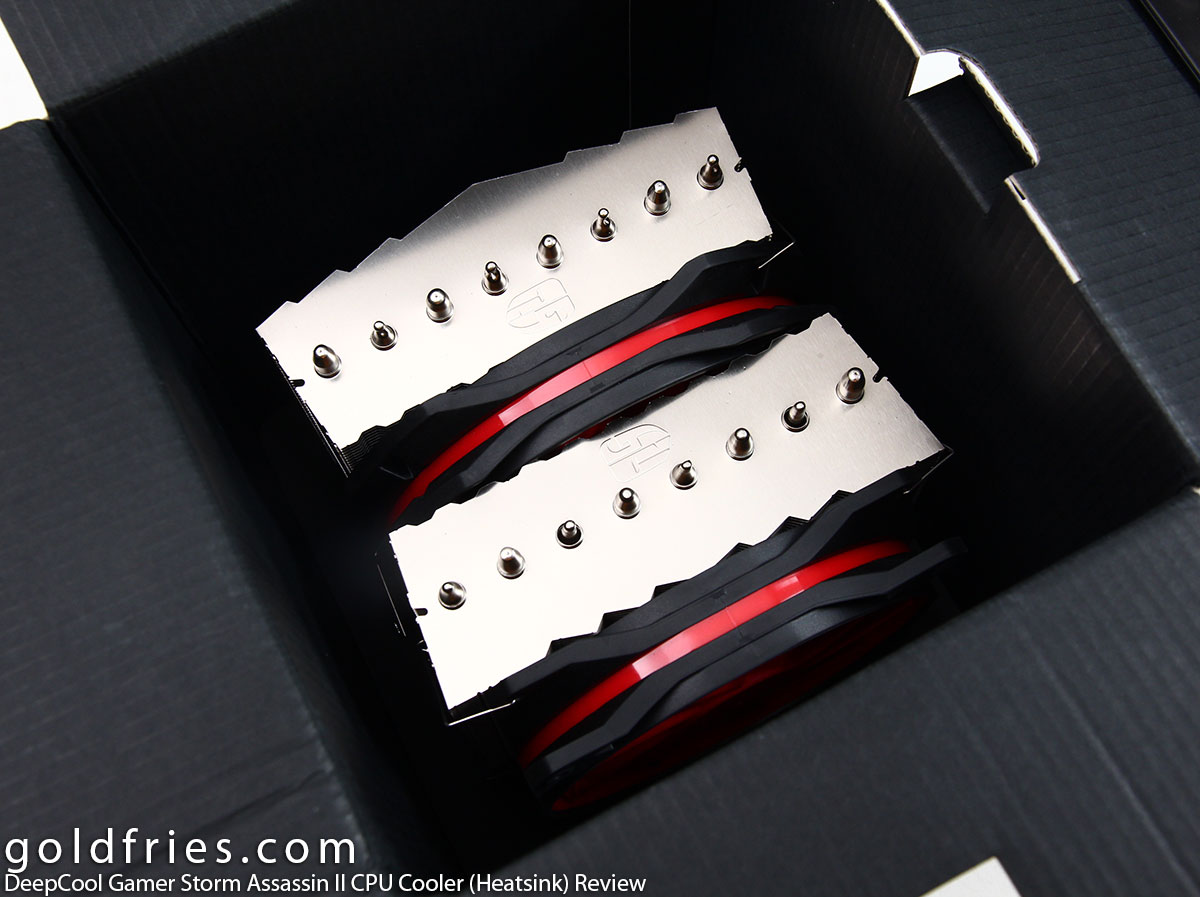 The Assassin II is of an asymmetric twin-tower design with 8 heatpipes. 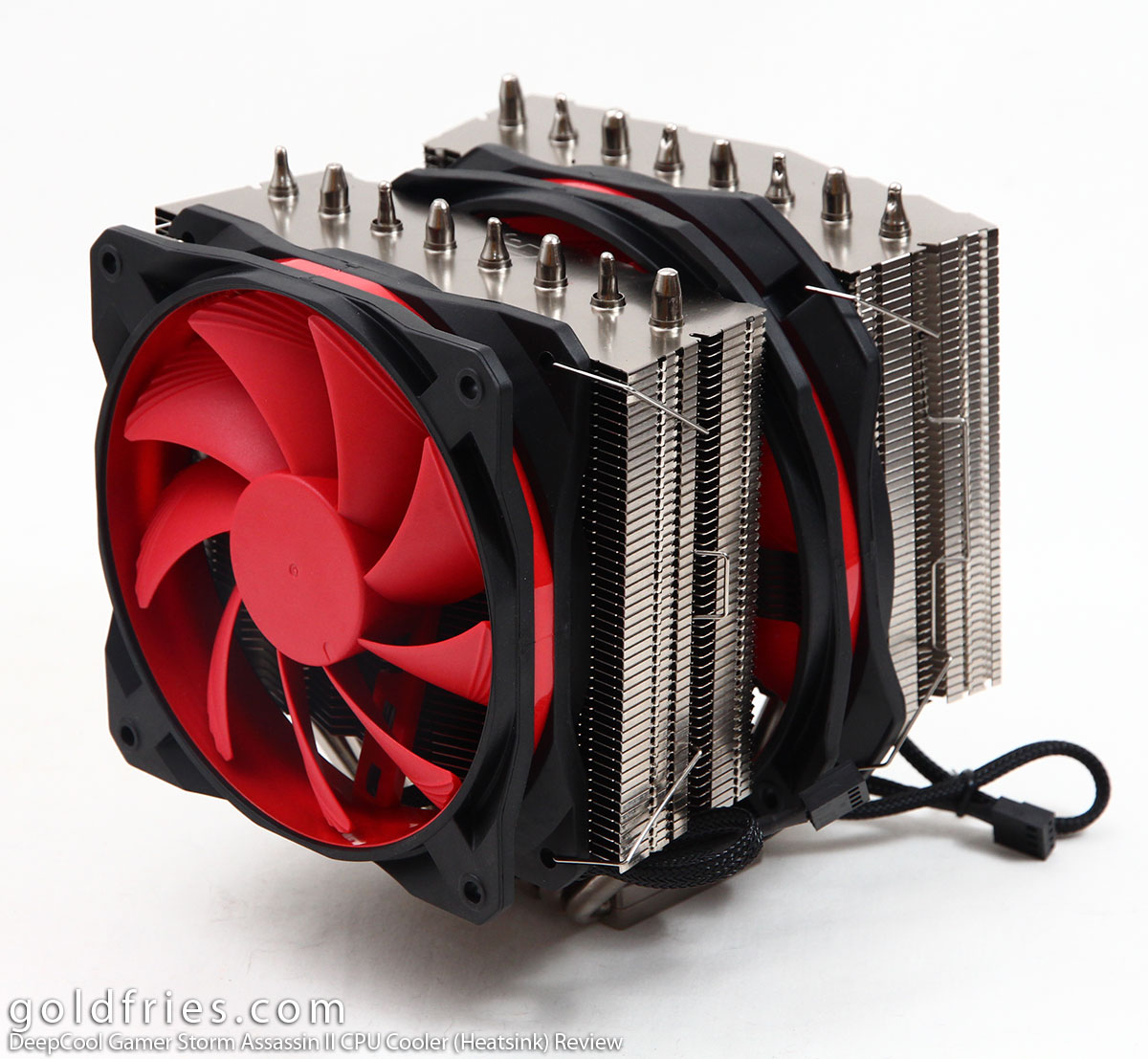 It comes with 2 fan units, one being 120mm and another being 140mm. Both are PWM fans with Min.300RPM for extreme silence and they are rubber-covered fan to minimize vibration. 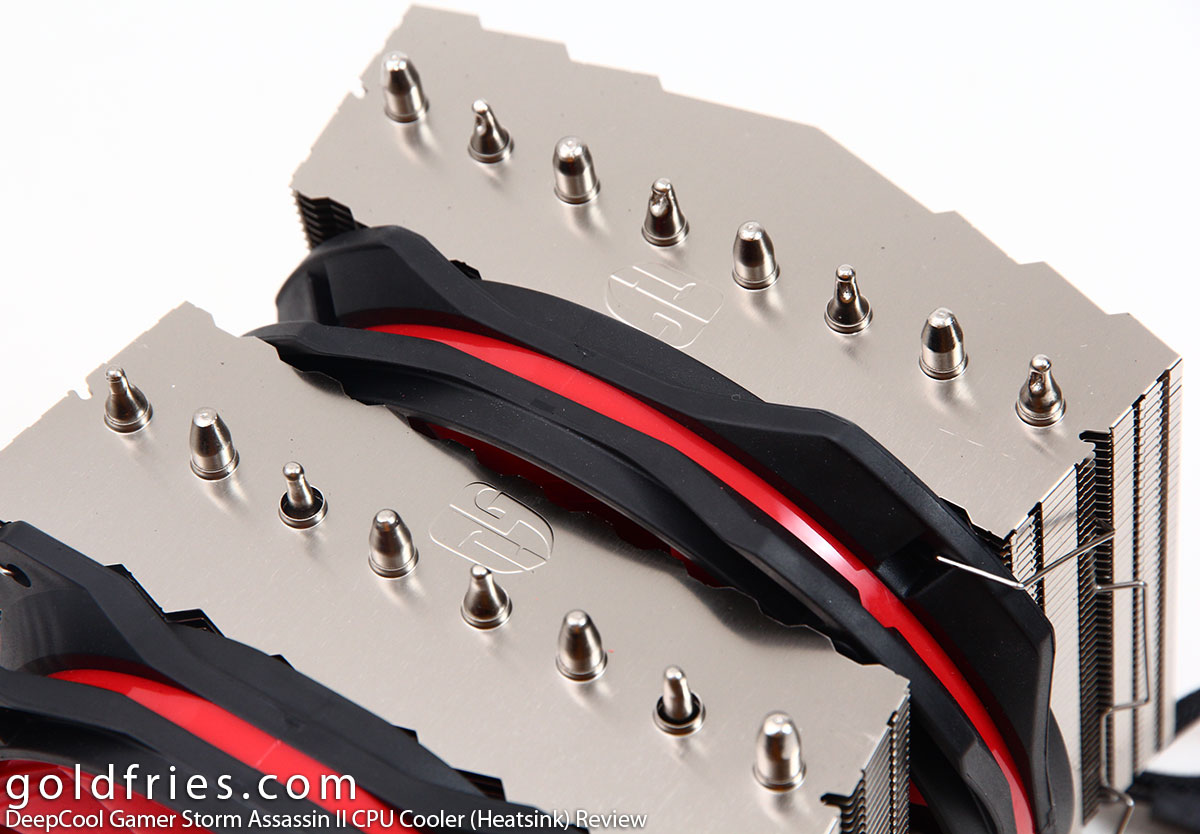 Here’s the view from the bottom where 8 high-performance heatpipes hold the tower in place. 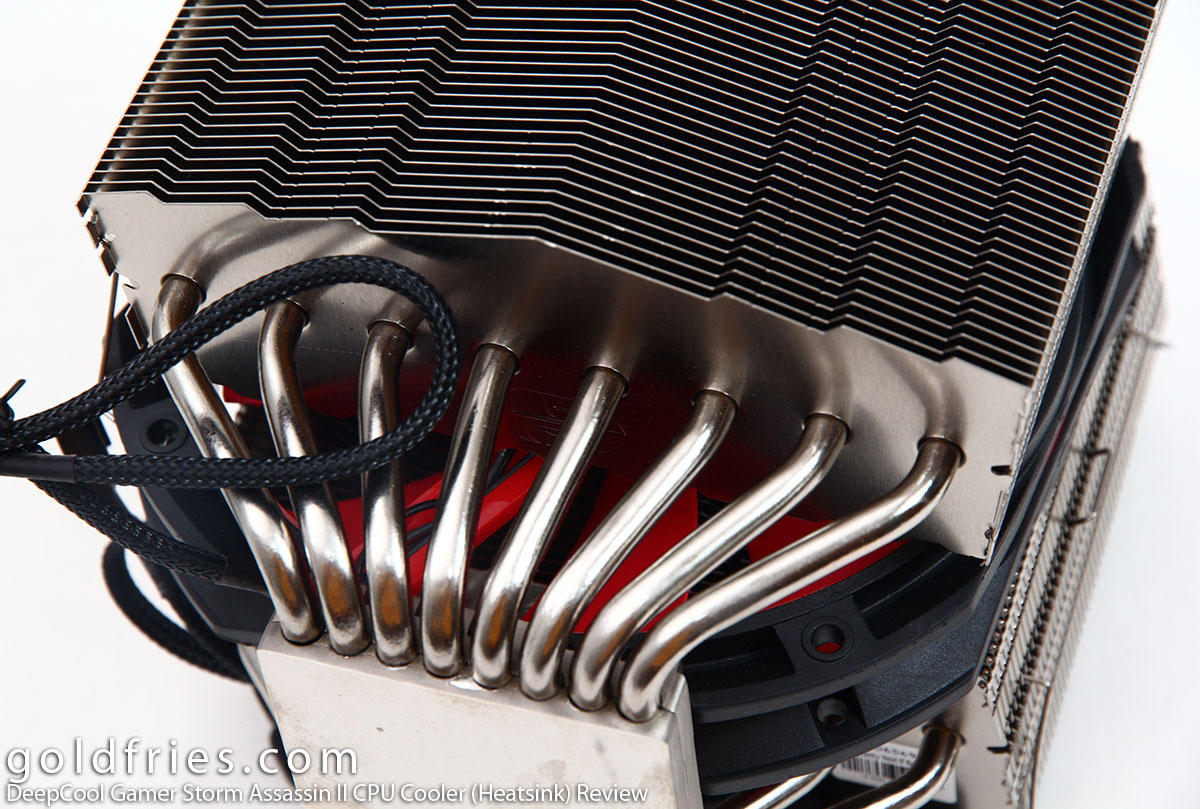 The Assassin II is not only nickel-plated but it also has a mirror finished copper base. 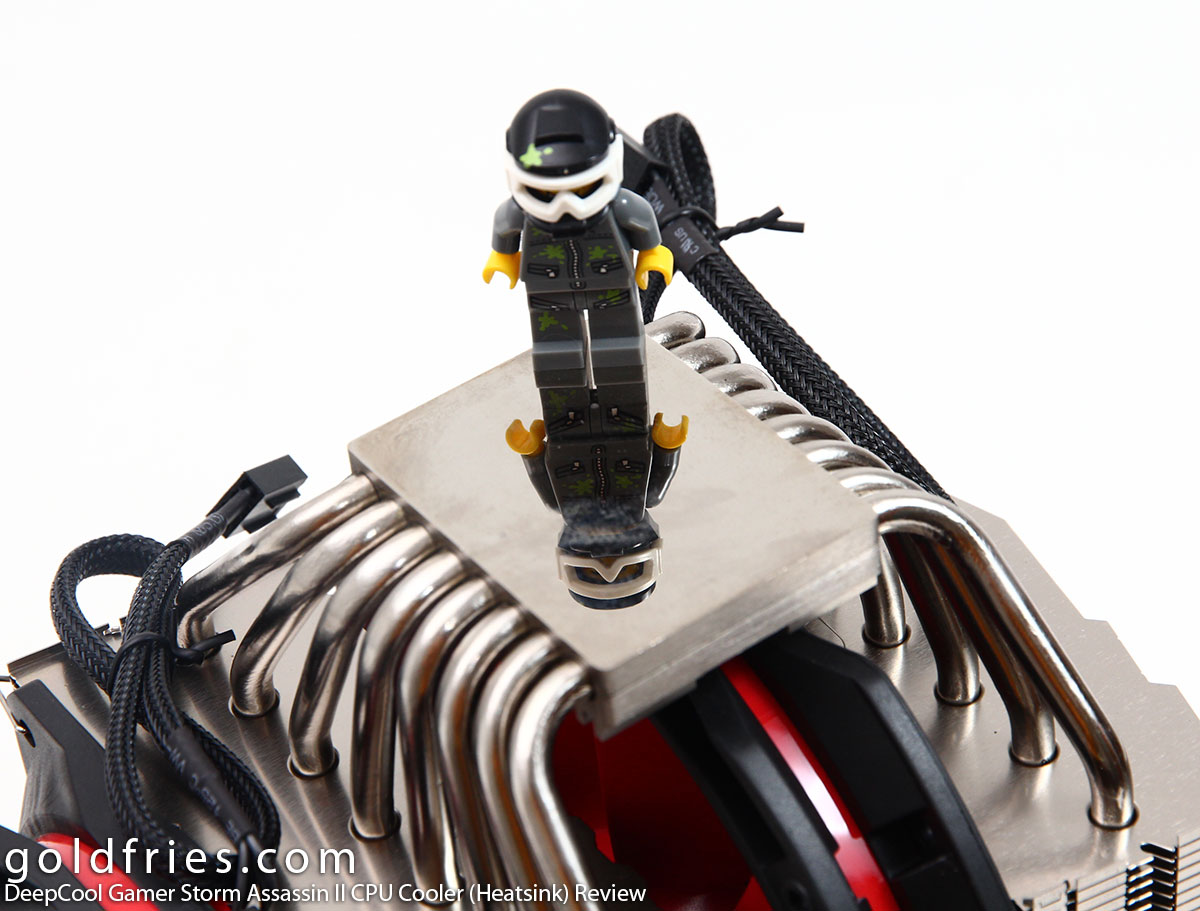 The Assassin II comes with a Fan-hub that allows control of up to 4 PWM fan speed. 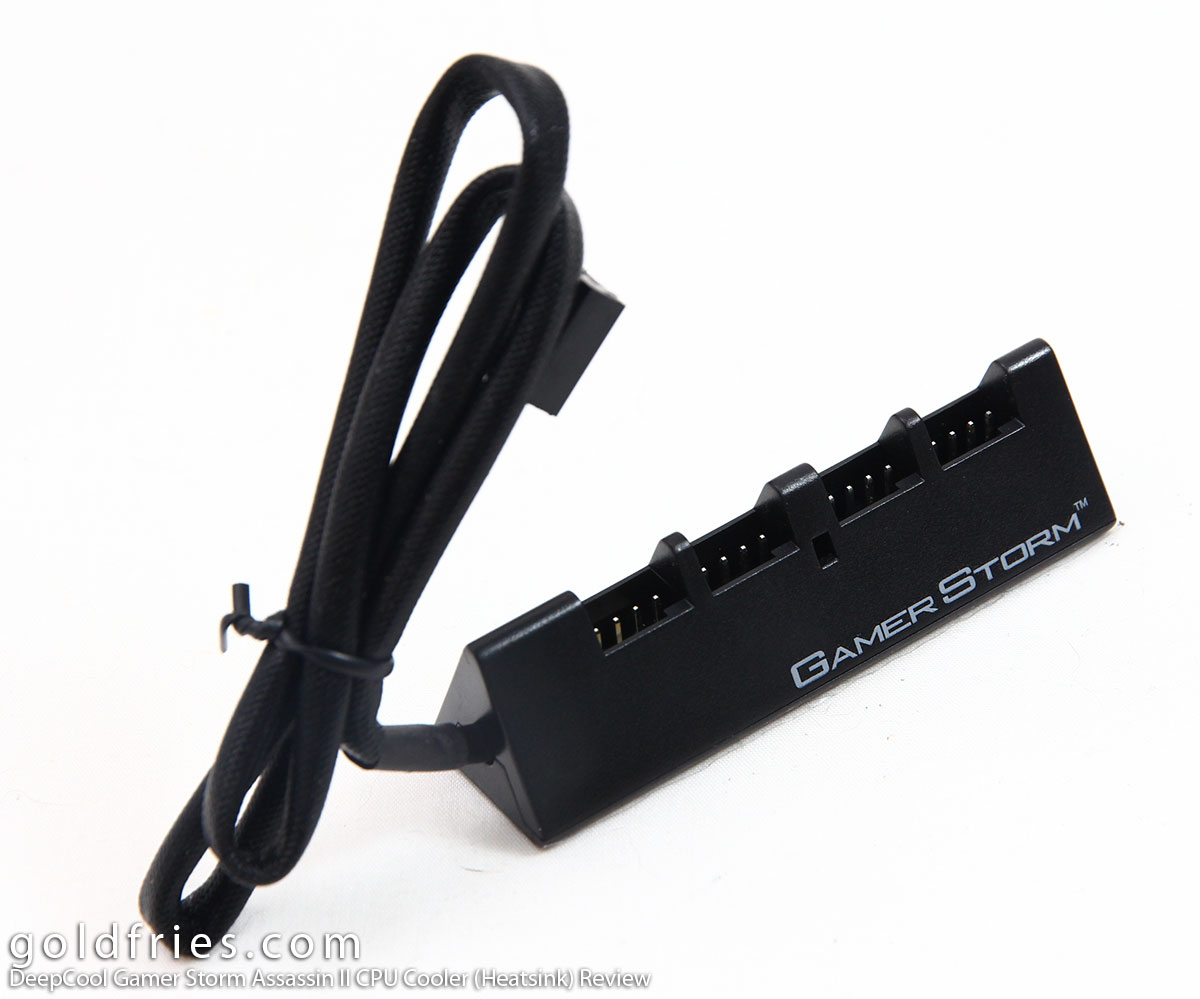 Here are the mounting components and other accessories in the package. 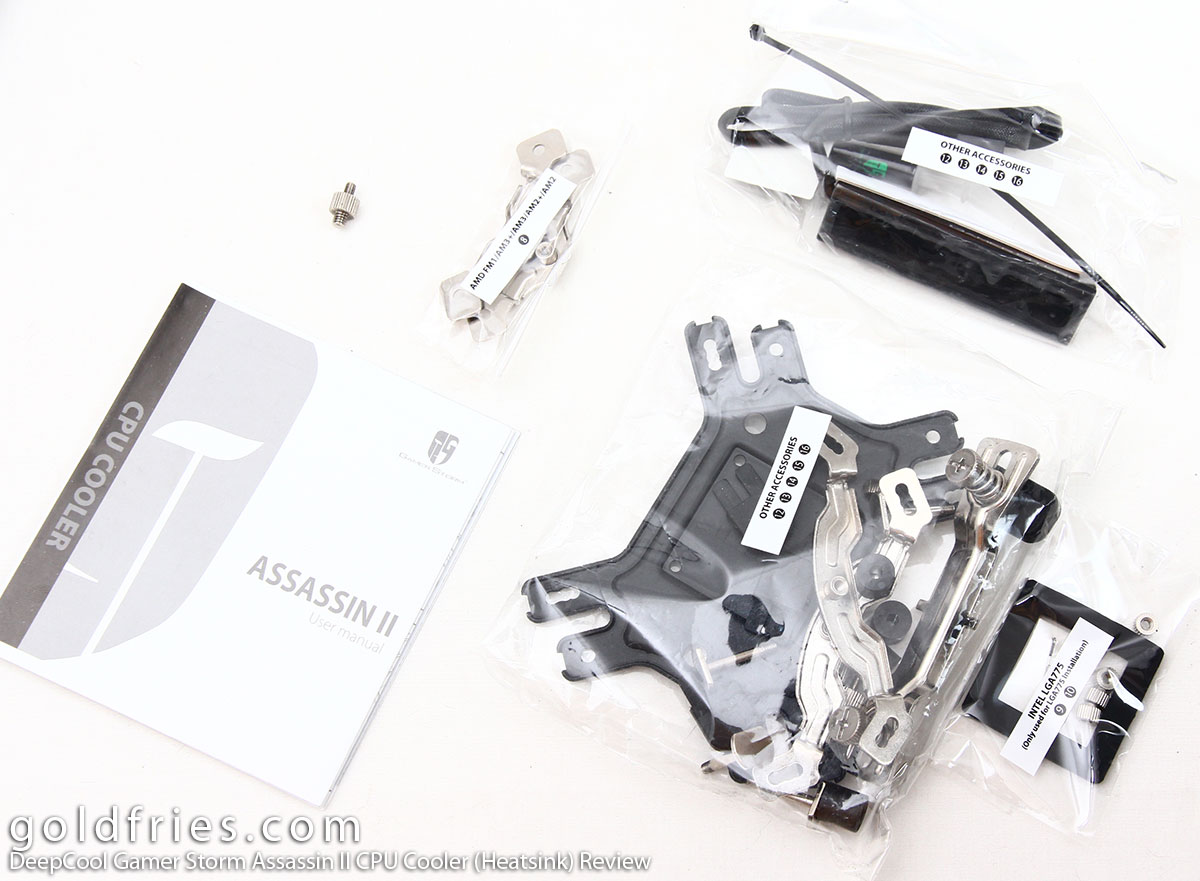 Below are the specs from the official product page. 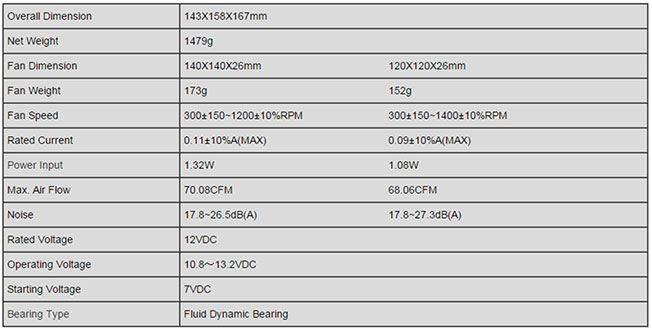 Installation of the DeepCool Gamer Storm Assassin II is straight forward and shouldn’t be an issue unless you have casing clearance limitation or large sized heatsinks on RAM.

As for the performance, it was tested on an Intel Core i5-4670K overclocked to 4.3Ghz at 1.25 vcore with room temperature set to 25Â°C. Below are the results.

The performance is amazing and it’s up there with the Cryorig R1, to only lose out on on minimum and fanless settings.

The DeepCool Gamer Storm Assassin II CPU Cooler has an MSRP of $89.99 which I find reasonable for an air-cooler that not only looks great but performs great too.