This is what “Trick” that I mentioned earlier, or more like the back of the trick. This is the panel where it holds LED lights, there’s a button that allows you to switch between BLUE and RED color LED. 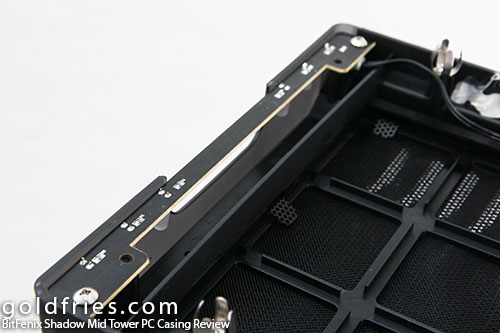 Here’s the front panel, enough for you to mount 2x 120mm fans, which also means it is possible to have some radiators mounted. 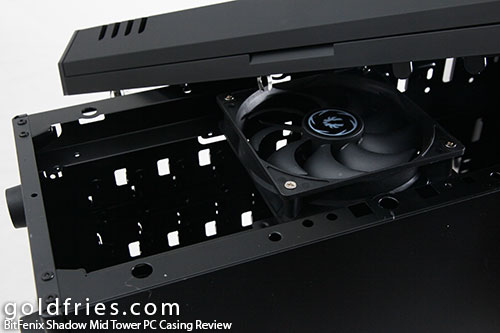 The opening at the back is rather disappointing, especially when you’re using 3rd party coolers. 3rd party CPU coolers often come with a backplate for secure mounting that not only holds the heatsink in place but reduces bending of the board PCB. In this photo, you’ll see that there’s no way the backplate can be removed without first dismounting the motherboard. 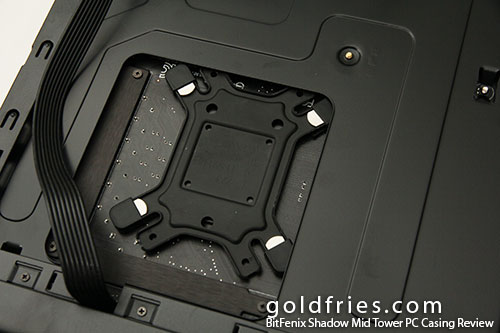 The area behind the motherboard has little to no space, as you can see I’m using flat-type cables that came with the power supply. The only area that one is able to hide the cable, is towards the front which is right behind the drive bays. 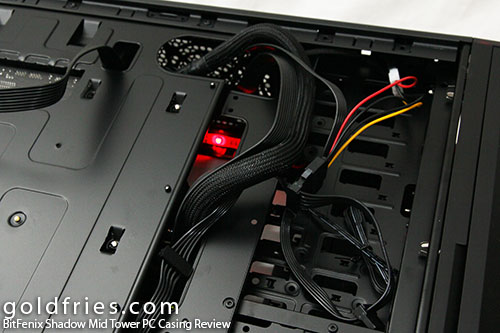 The BitFenix Shadow Mid Tower PC Casing retails at RM 229, which is quite a reasonable price for a casing as such. While I dislike how the PCI-E area is held in place, I think I must clarify that I only dislike it because I’m the type that changes components fairly often and such an arrangement is terribly inconvenient. For the average user, it’s a 1-time thing so it shouldn’t be an issue.

It’s not the biggest of casing but I assure you can pack quite some items into the sytem, for example in my setup, I have a super huge DeepCool Lucifer heatsink and the super huge Asus HD 7950 DirectCU II Top that occupies 3x PCI-E slots worth of space. 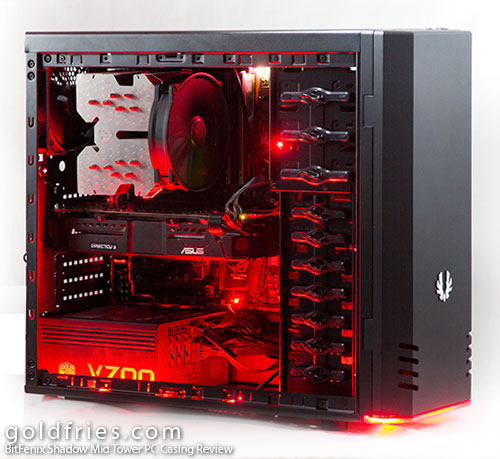 Remember the light strip I mentioned earlier? It’s there, notice that red line right at the bottom of the front panel? As a whole, the casing just barely passes the mark to be given the badge below. It’s not perfect but it works as it is.